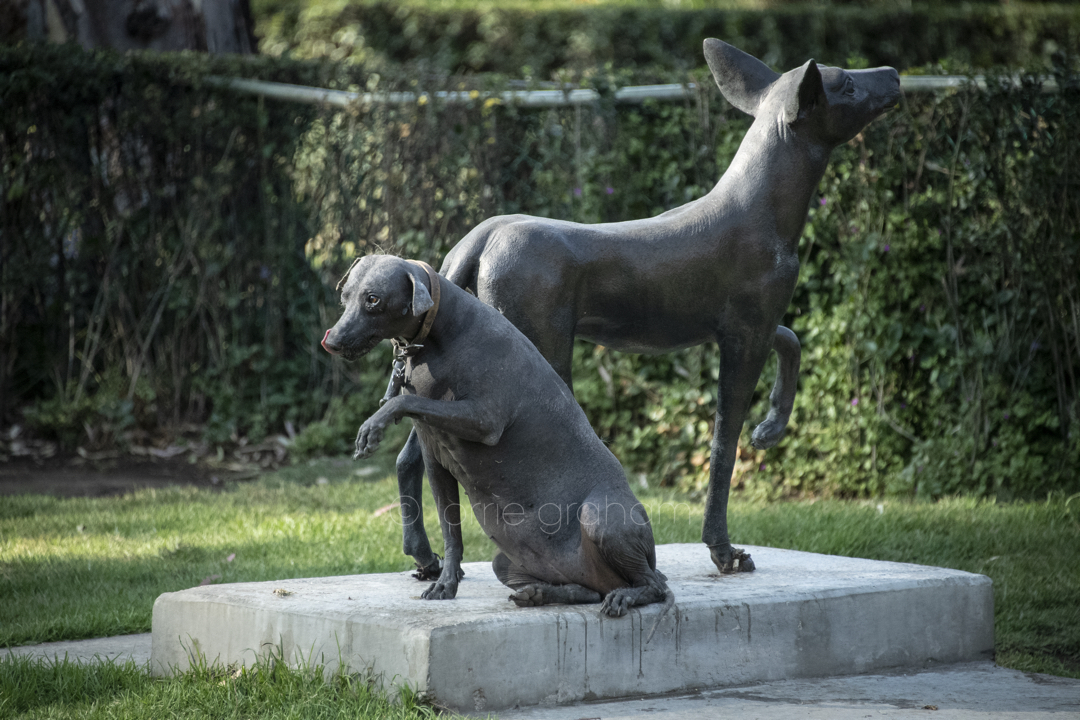 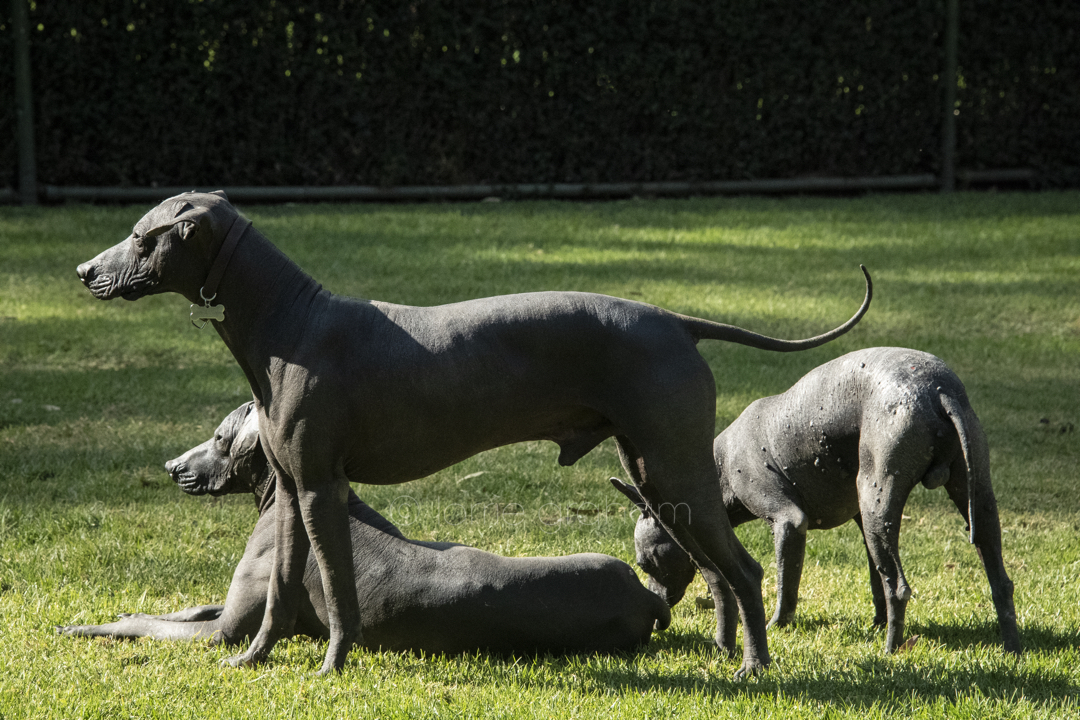 The Xolotzculntli or Xolo for short dogs are native to Mexico. one of the places can get up close to these hairless dogs is at the Dolores Olmedo Museum in Mexico City.

Despite the Xolo’s more than 3000-year history in Mexico, the breed did not receive any official notice in its homeland until the 1950s. The FCI, founded in 1940, was not prepared to declare the Xolo an official purebred at that time. According to breed historian Norman Pelham Wright, author of The Enigma of the Xoloitzcuintli, Xolos began to turn up at Mexican dog shows in the late 1940s. Although they were recognized as indigenous specimens of a native breed, interest in them was minimal at that time, because information was scarce and no standard existed by which to judge them. Within a decade the FCI realized that the breed would become extinct if drastic action were not taken to save it. This led to the widely publicized Xolo Expedition of 1954. With the official sanction of the FCI, Wright and a team of Mexican and British dog authorities set off to discover if any purebred Xolos still existed in remote areas of Mexico.

Eventually ten structurally strong Xolos were found and these dogs formed the foundation of Mexico’s program to revive the breed. A committee headed by Wright authored the first official standard for the breed; on May 1, 1956, the Xolo was finally recognized in its native land and, as Mexico is a member of the FCI, worldwide.

Xolos were among the first breeds recorded by the American Kennel Club (AKC). A Mexican dog named ‘Mee Too’ made breed history as the first AKC-registered Xolo in 1887. ‘Chinito Junior’, bred and owned by Valetska Radtke of New York City, became the breed’s only AKC champion to date. He earned his title on October 19, 1940.

In 1959, the Xolo was dropped from the AKC stud book due to the breed’s scarcity and perceived extinction. The Xoloitzcuintli Club of America (XCA) was founded in October 1986 to regain AKC recognition for the breed. On May 13, 2008, AKC voted to readmit the breed to its Miscellaneous Class starting January 1, 2009. The XCA is the official parent club for the breed, founded on October 26, 1986, for the purpose of regaining AKC recognition for the Xoloitzcuintli.