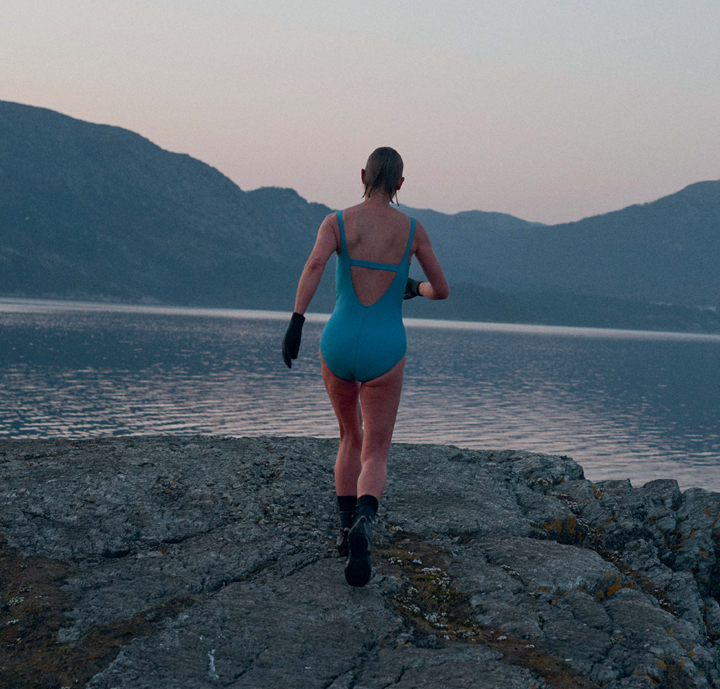 For those ... who follow me on instagram ... you would be more than aware, care of my vainglorious postings - of my new devotion to Cold Water Swimming. In fact that might be a bit rich, given the water is yet to get that cold, however I will be carrying on through the winter and no doubt bore you stupid with my postings.

So why the Cold Water swimming, basically its the most extraordinary feeling .... to the very cells extraordinary. I swim once a week at Bondi Icebergs with a small but devoted crew. Nose pressed to the gate at opening. The crowd is mostly past 40, some as old as 80, after our laps we meet in the Sauna. A Sauna with a view to die for, on good days pods of dolphins surf out the back next to their cousins the human surfers. There could be a book in "Tails from the Sauna", here the cossie is a brilliant social equaliser, face oils are shared I've even overheard some stock advise.
After the Sauna the pay off is the plunge .. I swear I can feel my hair grow.

I've started following Lillen Feddersen on instagram @lillens_photos she is the real deal a cold water swimmer in Norway, I read about her in the wonderful online magazine Renaissance.

Since turning 40 in 2007 Lillen has lived with chronic headaches. They intensified in 2017 to the degree that she was completely immobilised from pain and couldn't
live without assistance.

The pain began as a symptom of a burnout when working as a strategic planner for Norway’biggest petroleum corporation.

Lillen loved her job, but found the increasing demands and performance culture took its toll on her mind and body. In 2018 a new course of pain medication offered
enough relief that Lillen was able to regain some movement, but the medication was not nearly enough to halt the pain and give Lillen her once-active life back.

Finding an alternative path to healing led Lillen to the little bay called Vaulen at the mouth of the Gandsfjord, just a few minutes drive from home, near the city of Stavanger.

Having read about cold water therapy, Lillen was interested to see if it could make a dent in her own excruciating pain. She described the soothing effect on her head pain during that first swim as instant, and was soon driving back to the bay several times a day.

During her first swim she could only manage a few strokes before the cold and neck pain became too much. But over time she could loosen up her muscles and spend more time in the water.
With water temperatures ranging from 3.5 to 18 degrees Celsius (38-64 deg F), Lillen swims in a neoprene hood. 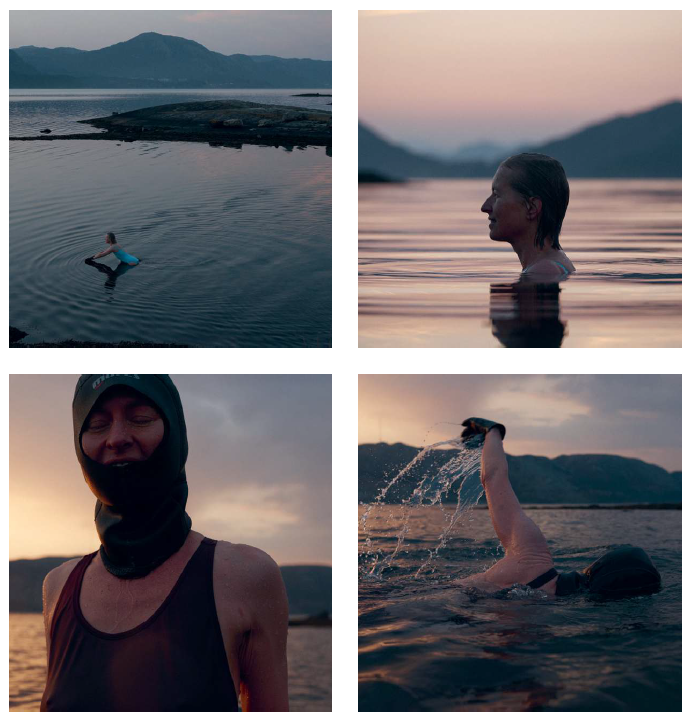