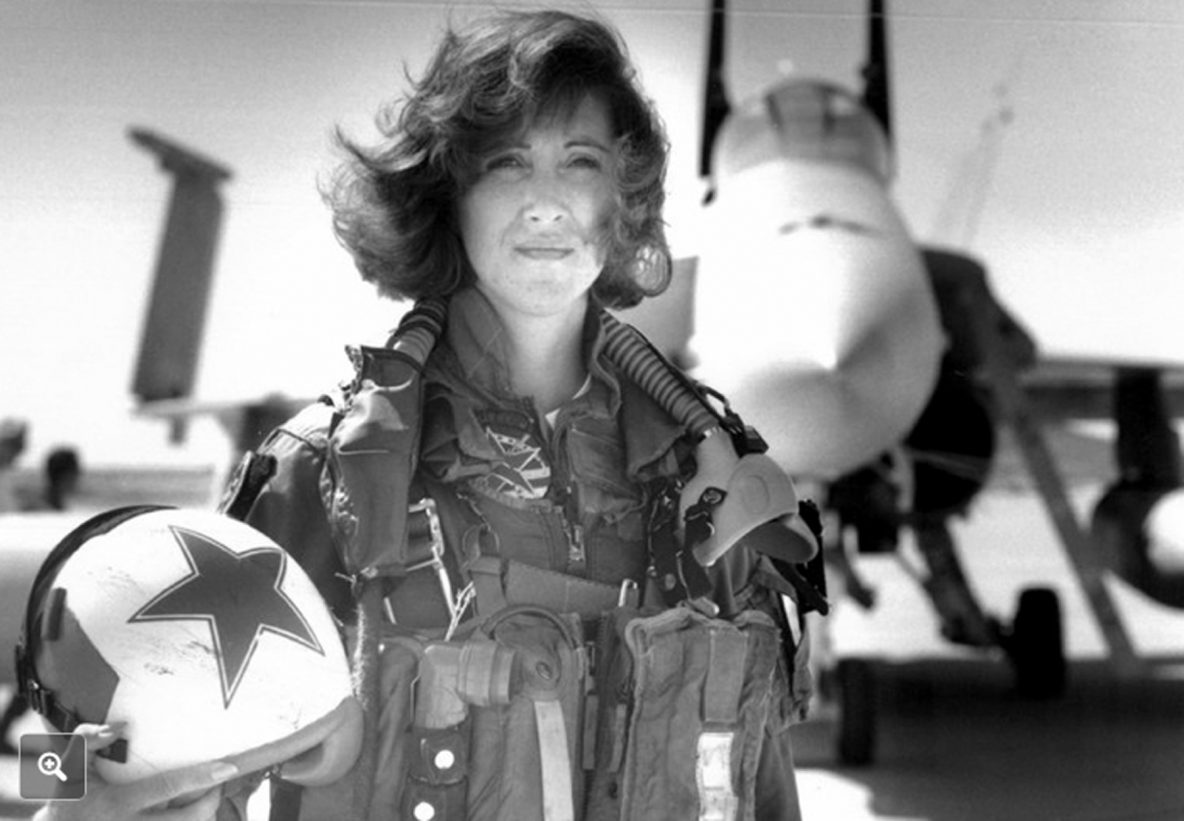 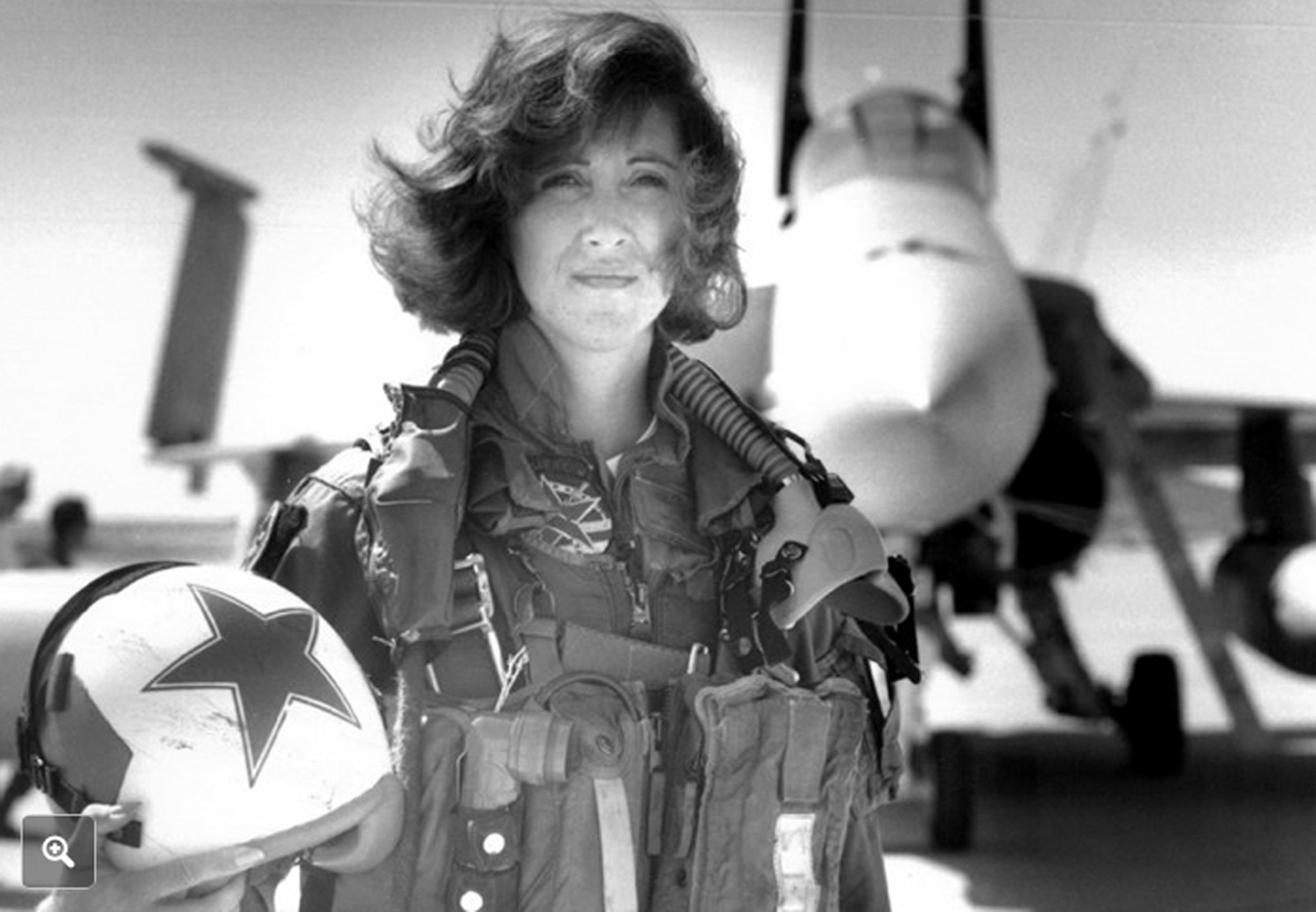 When Capt. Tammie Jo Shults of Southwest Airlines made her emergency landing of a Boeing 737 on April 17 after an engine explosion and traumatic injuries in the cabin, the world took note of the previous history she made as one of the first women to serve as a fighter pilot in the Navy. Shults, 56, who had wanted to fly since she was a teenager, first tried to enlist in the Air Force and was turned down. She was instead commissioned into the Navy in 1985 and served first as an instructor pilot for the T-2 Buckeye, a training aircraft for student aviators, and then flew as an A-7 Corsair pilot. When her squadron transitioned to the F/A-18 Hornet, then the Navy’s newest fighter jet, Shults was one of the first women to pilot it. But because she was a woman, Shults was prevented from joining a combat squadron, and so she transferred to the Reserve in 1993. Shults then started working for Southwest Airlines as a commercial pilot. Two days after Shults left active duty, the Navy asked the Clinton administration to allow women to fly in combat assignments.

Shults is one of a small sisterhood: the women who have served as military aviators. Even though restrictions on women flying aircraft in combat were lifted 25 years ago, the percentage of military pilots who are women remains around 6.5 percent — and is comparable in the commercial industry, where many pilots land after training and careers in the armed services. In the wake of Shults’s moment in the news, other pioneering women in military aviation considered what it meant to be among the few in a field still dominated by men, why the gender balance has remained so stubbornly lopsided and whether the armed services have done enough to make the history and the roles of these women publicly known. 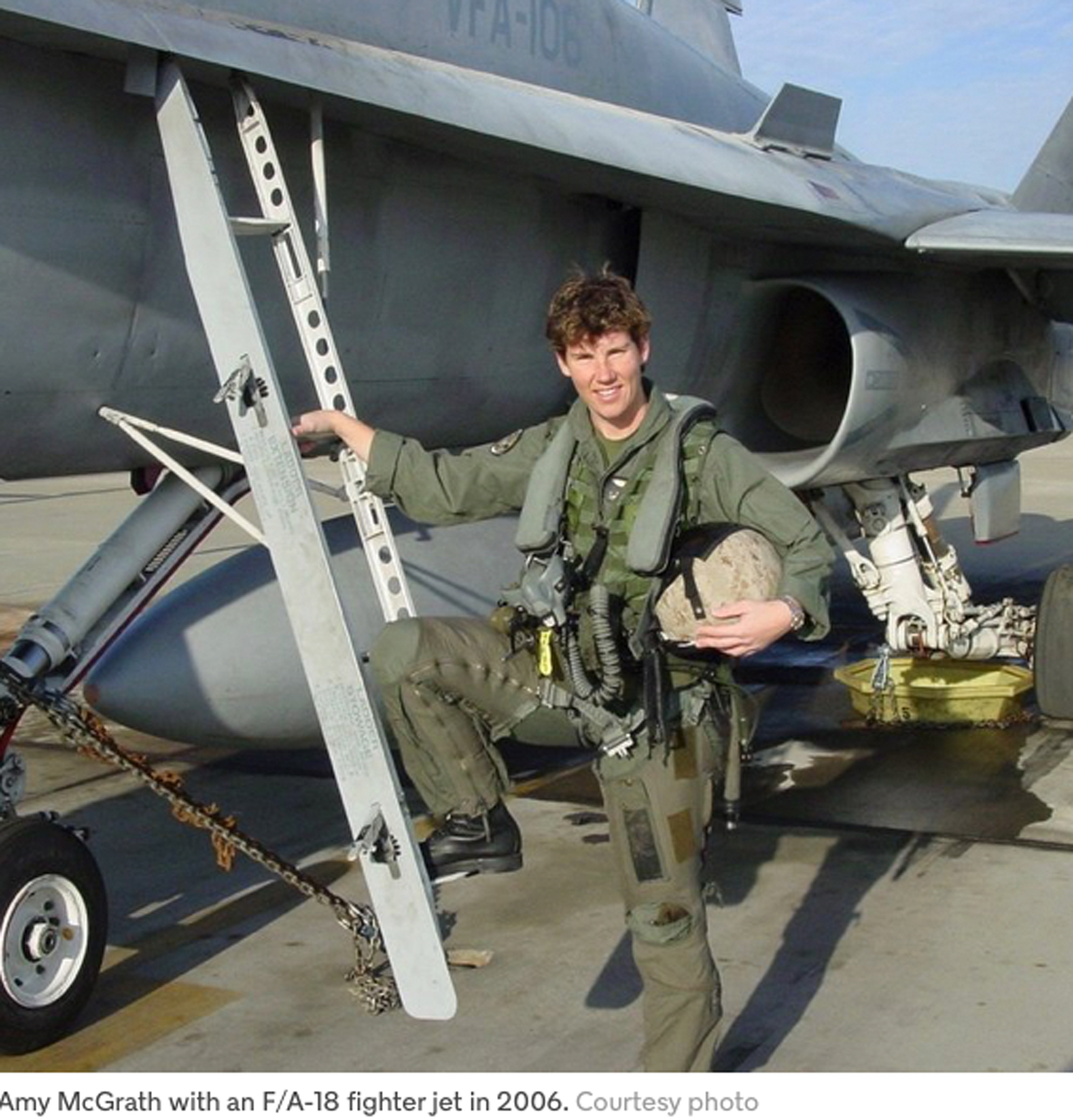 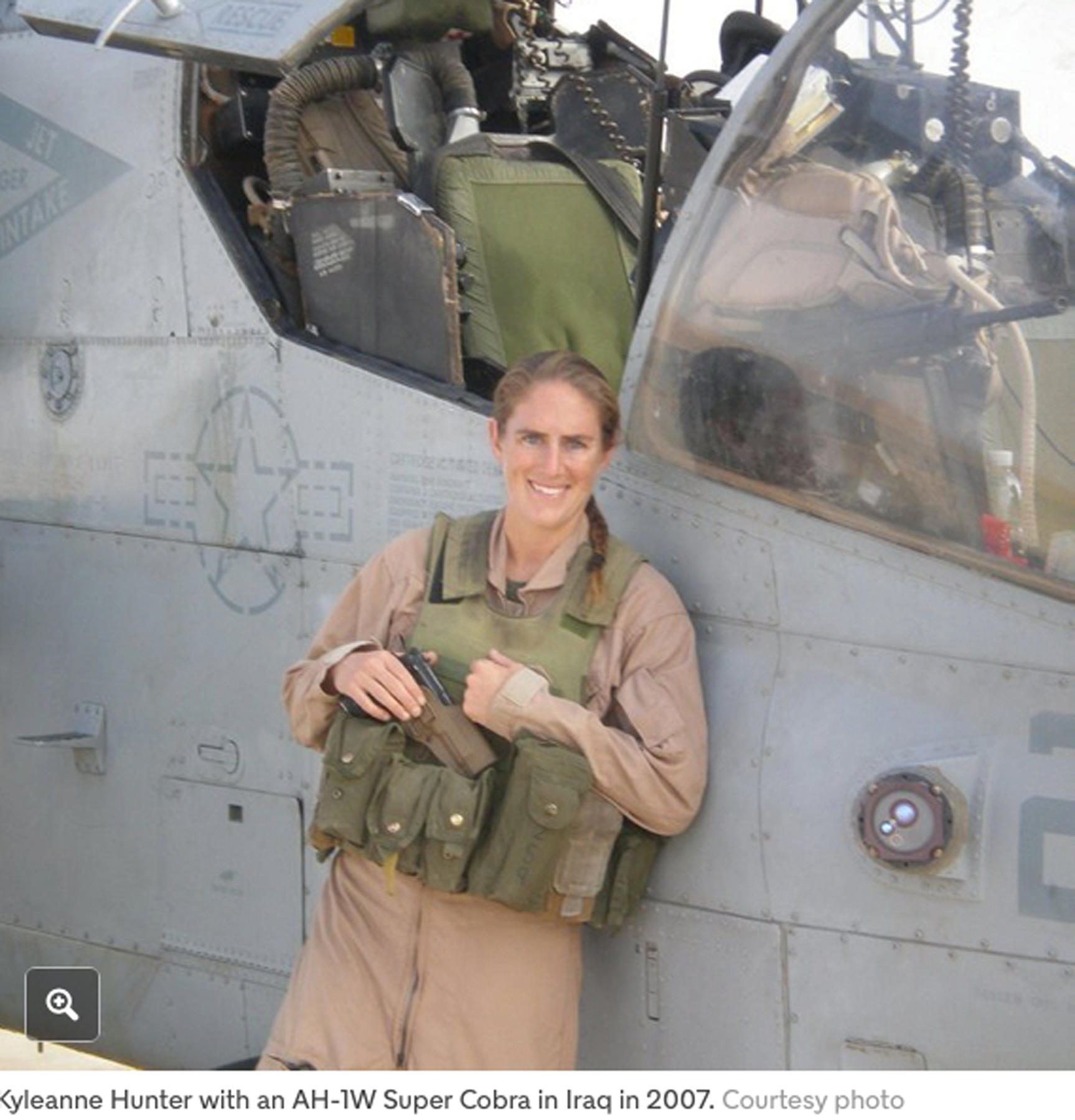 Lt. Col. Amy McGrath, who retired last year after two decades of service, was an F/A-18 Hornet pilot and, in 2002, the first woman to fly on a combat mission in the Marine Corps.

“There were just so few women. You would think we would band together, but a lot of the time, we just wanted to fit in, so we didn’t. We didn’t even know I was the first. We deployed as a squadron to Afghanistan. It really wasn’t until after the first couple of missions that someone said, ‘Hey, I think you’re the first woman to do this in the Marine Corps.’ And then we just sort of dropped it. I didn’t really pat myself on the back. We were in war. We were busy.”

Kyleanne Hunter, a former Marine major who served from 2000 to 2012, was the first woman in her squadron to pilot an AH-1W Super Cobra attack helicopter.

“Should we have made a bigger deal of what we did? Because that might have highlighted it. Has it been to the detriment of the American people that we allowed some of these stereotypes to persist because nobody knows we were there? It’s almost a Catch-22: We never want to be highlighted, because we’re just another pilot. I don’t want to be a ‘woman pilot.’ I want to be a Cobra pilot.” 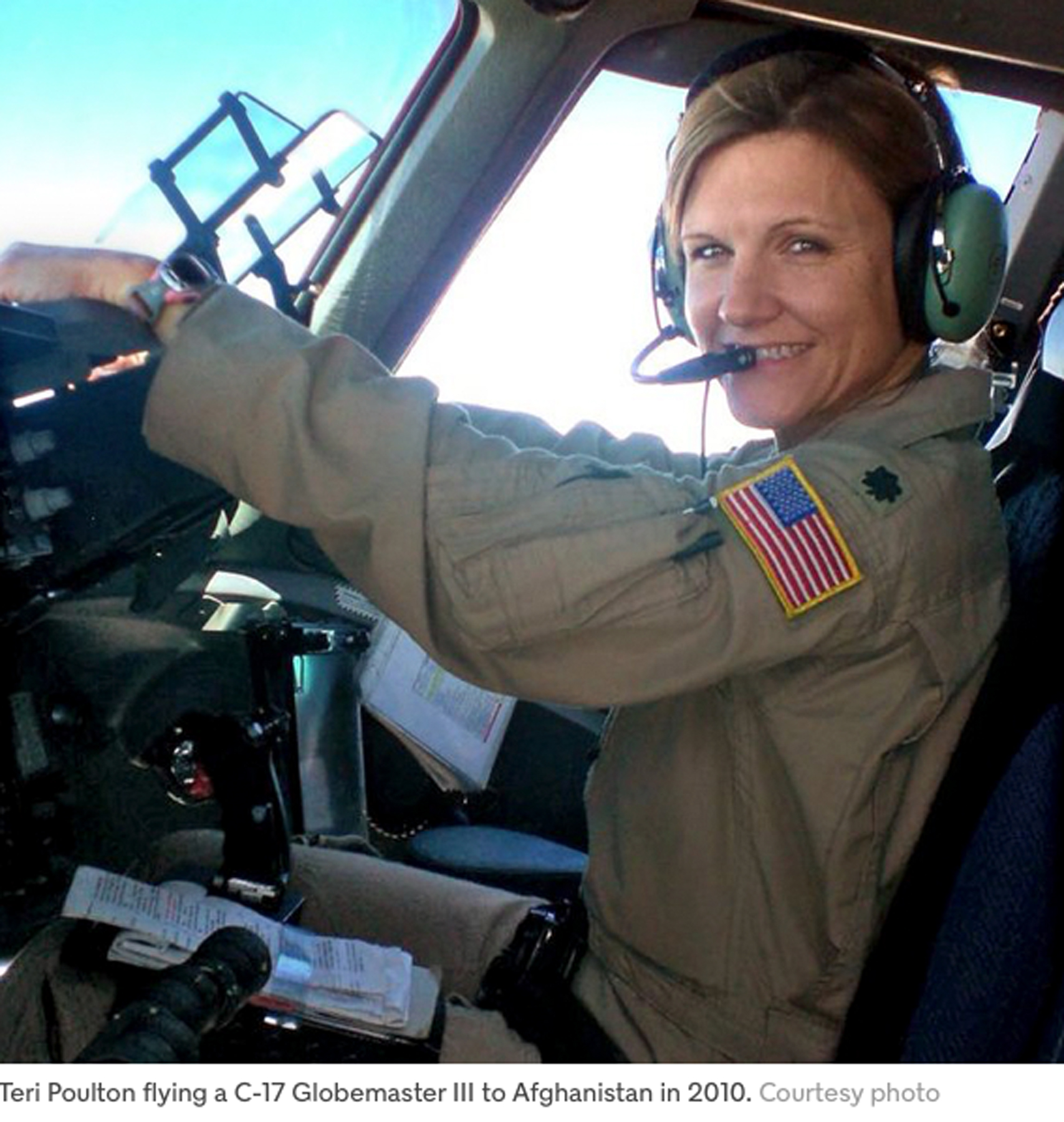 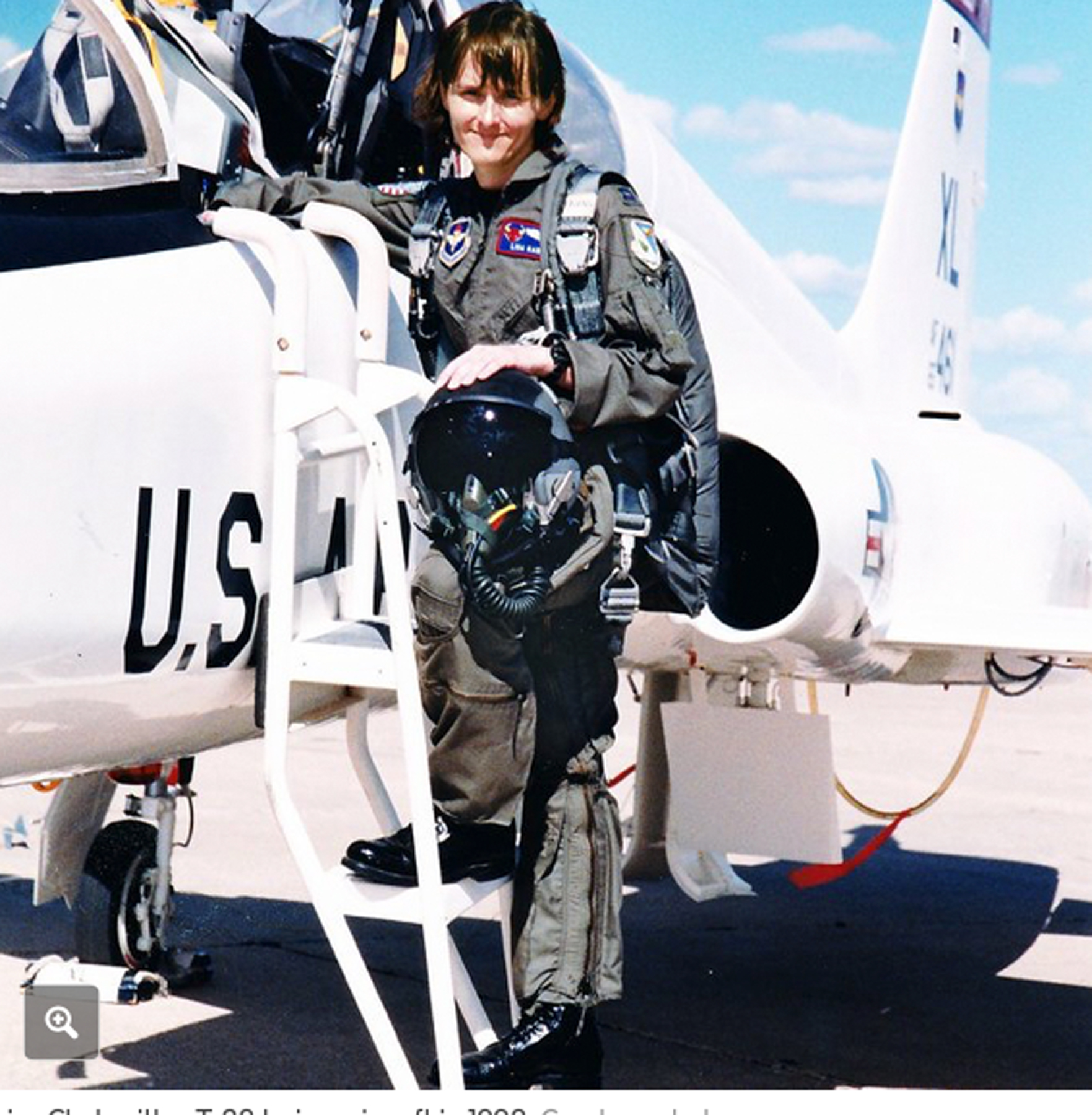 “I graduated from the Air Force Academy in 1992 and started pilot training in late 1993. Nobody could pick fighter pilot, because we were women. It did change after that. They offered people a chance — men and women; they were really short on fighter pilots. Most of the time, my survival technique was to keep my head down. I did plenty of jabbing back at the guys, but I just wanted to be not noticed. I never spoke up about my service. But I would say to the women going through now: ‘Don’t make the mistakes I made. You have way more influence than you think you do.’ ”

Maj. Lisa Clark, retired, was the United States Air Force’s first female B-52 Bomber navigator in 1996 and later went on to serve as a B-1 Bomber pilot. 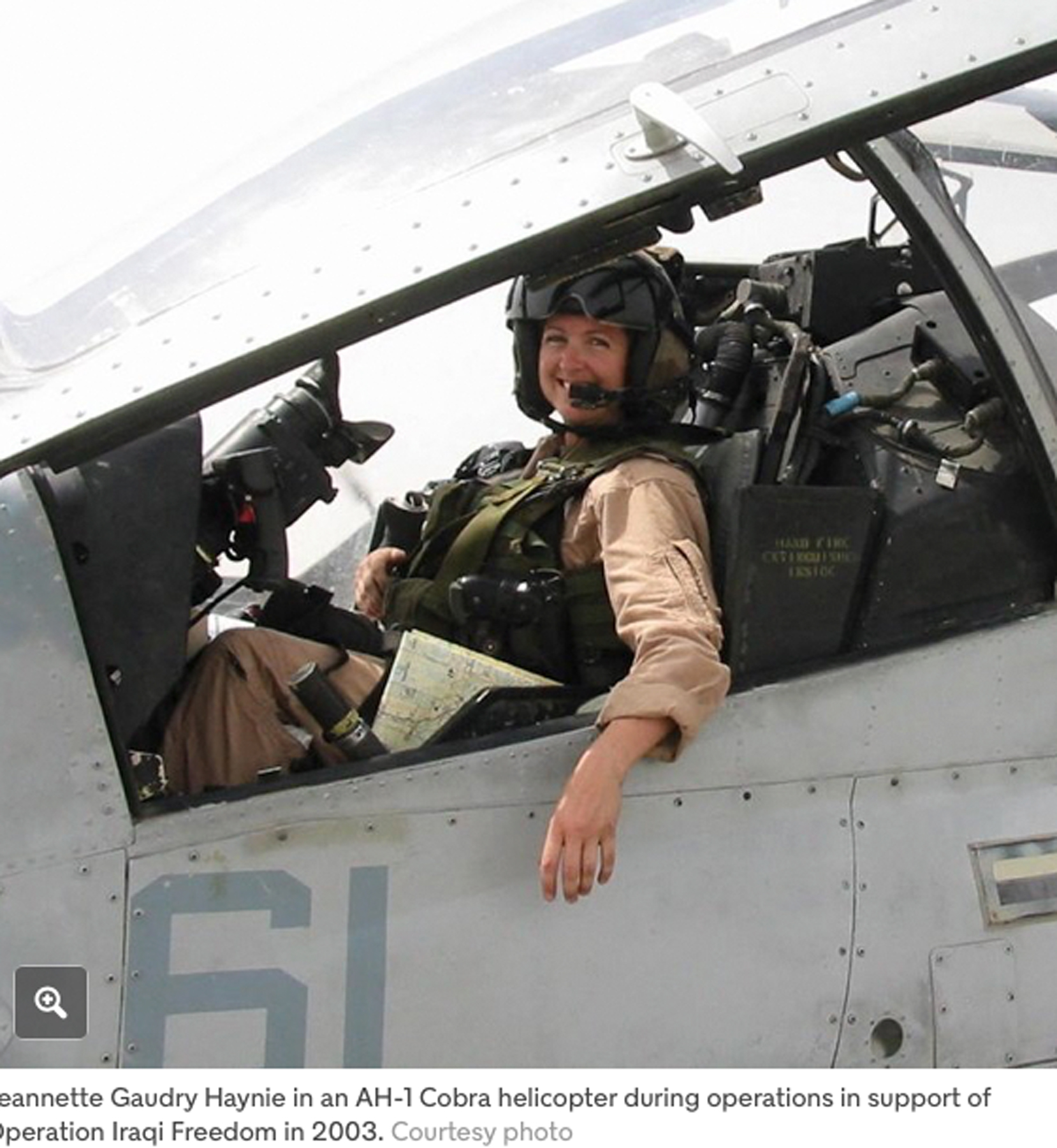 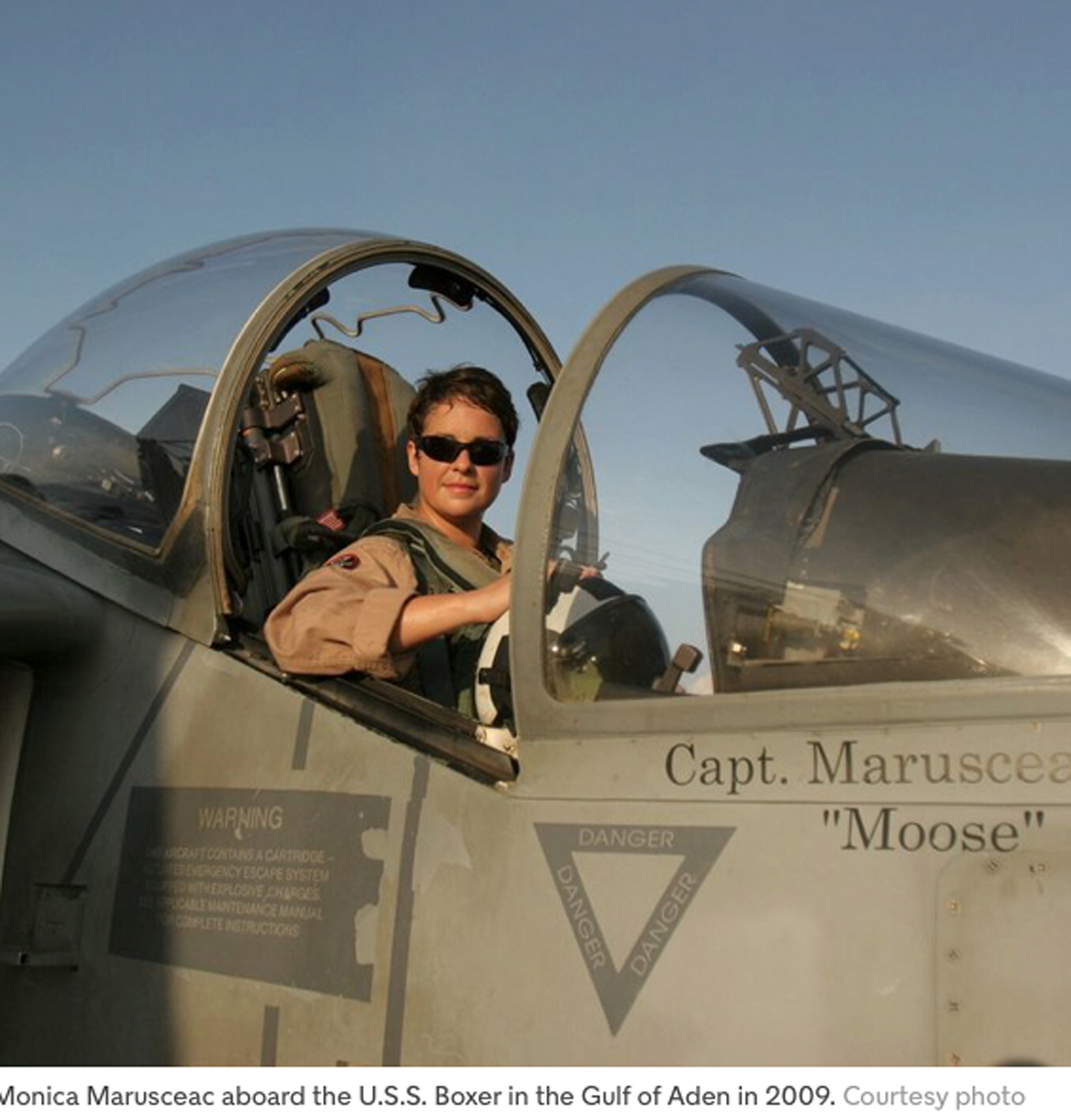 Lt. Col. Jeannette Gaudry Haynie graduated from the United States Naval Academy in 1998 and became one of the Marine Corps’ first female AH-1 Cobra pilots in 2001.

“I thought for a long time that if you shut your mouth and do your job well, you’ll earn everyone’s respect. But that changed when I became a mother. I had thought I was immune to what I was seeing happen to other women because I was ‘better,’ but I was completely misinformed. I can’t tell you how many times over the years I’ve heard people say, ‘You didn’t fly in combat, did you?’ I feel that people have this impression that women just don’t have the same kind of training. I’ve experienced that firsthand throughout my career both from civilians and within the Marine Corps.”

Maj. Monica Marusceac served in the Marine Corps until 2013 and is now in the Reserve. In 2006, she became the second woman to fly an AV-8B Harrier in the fleet and considered it one of the most difficult aircraft to fly.

“There were really no other women at all — no one to talk to. I always worked very hard to fit in, and in the process of trying to fit in with your peers, you lose a little bit of yourself. I almost felt like major officers were afraid to mentor me. I get it, and I totally want to prove my worth, but I think everybody gets to where they are because someone was thoughtful about their careers and their assignments. I was just happy to hear a positive outcome of a female being in the cockpit because I feel like it takes five of 10 positive stories about women in combat or women in aviation or women in crisis to show how women are good and calm.”