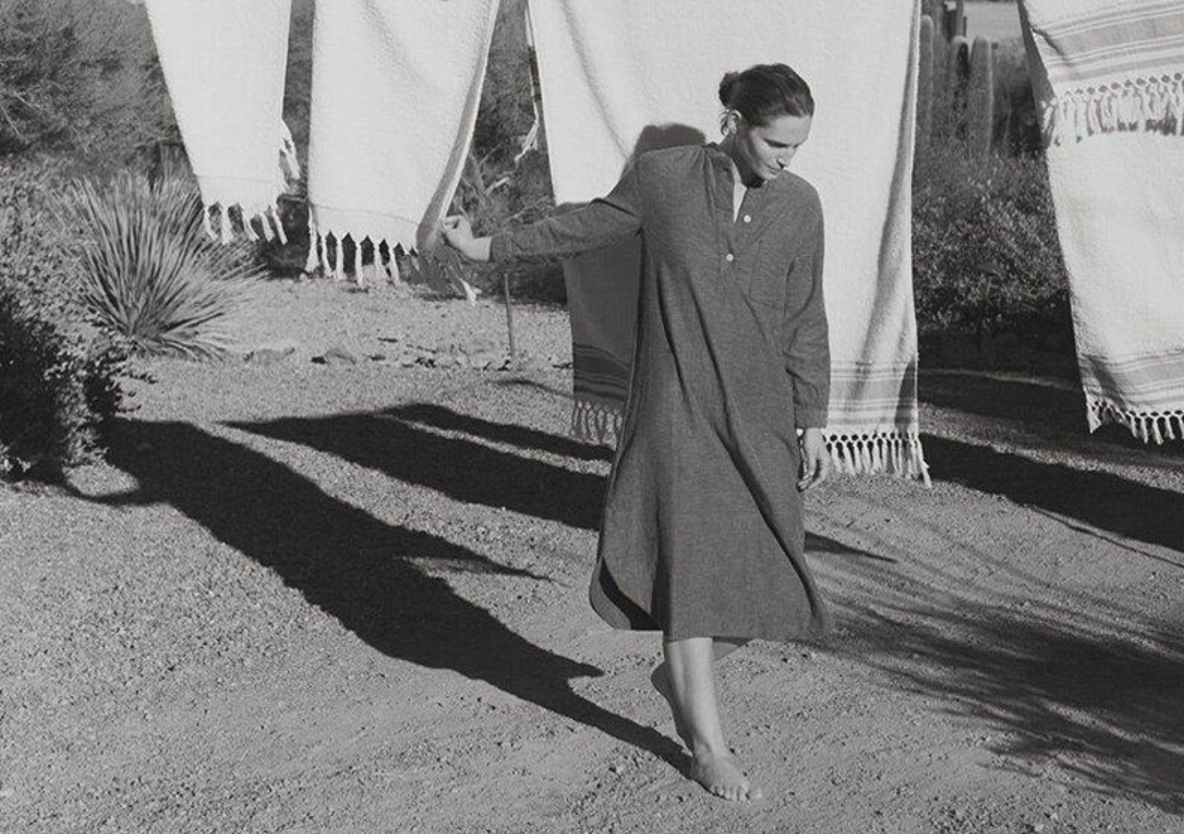 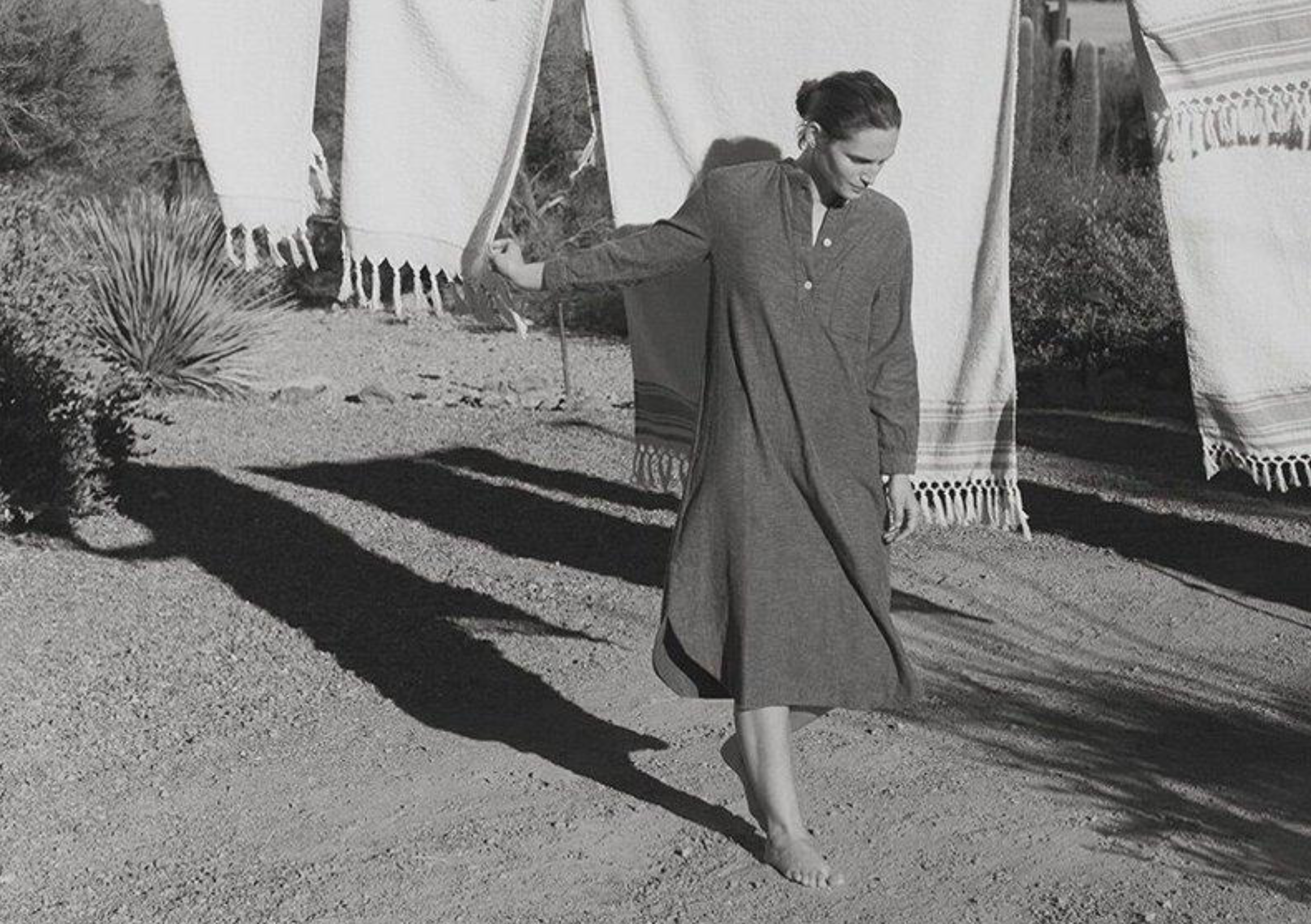 I see, in evening air,

How slowly dark comes down on what we do.

It was late summer when I flew from Los Angeles to Santa Fe. Even on an early August morning LA was humid, the day heavy with jeffrey pine and brickellbush, hot tarmac and exhaust fumes. All the way to the airport I kept the window down, let the morning in, with the hot breath of trucks and the grumble of car tyres.

New Mexico at lunchtime was quite different. The air had a sharpness to it, a needle to its light and colour and heat. And for the days I spent there, disorientated by altitude and landscape, I felt as if my senses were heightened: the air smelled louder and the sunlight tasted fierce on my lips, and my eyes could never quite rest eager for all those colours I had never quite seen before.

I knew the reason for it of course how in the desert the sky stands the bluest blue, the light falls so ferociously, because the air is so pure and so dry and so free of large aerosol particles that would dilute its power. And yet the logic of it could not undermine its rapture. I remember standing in one spot in a liquor shop parking lot just watching the light change, breathing to the fullest of my lungs, trying to catalogue its scents: sweetgrass and sage and deep red dirt.

The air here carried all its fragrances more heavily: I stayed in a cheap motel on the edge of town, where the corridors smelled of cheap soap, coffee machine, other people's cologne. There was an indoor swimming pool, and each time I made my way up the stairs I looked down on it: turquoise, empty, forgotten, the stairwell thick with chlorine.

This was during one of the periods of roaming that have interspersed my adult life a year that took me through much of America: Detroit, New York, Kansas, St Louis, San Francisco, Miami, and all the spaces between. I remember it as a slow drift of motel lobbies, gas stations, seasons; a time when you come to remember where you are by the way the air tastes when you wake. In the mornings here the air had a sweetness I had never met before, pressing through the window screens, colouring the pale room with its twin beds and thin towels.

I was in Santa Fe to meet Sam Shepard, a man who wrote often about the mysteries and wonder of this landscape. Though as the time and place was as yet unchosen I spent my hours walking through the city, sidestepping the tourist buses, sitting under mesquite trees, stepping into the cool of the Georgia O'Keeffe museum, just to see how she painted the New Mexico air.

One afternoon Shepard called, and we arranged to meet at a taco spot downtown. I headed in early, leaving the half-light of my motel as a few heavy drops of rain fell onto my bare shoulders. It was monsoon season then, the sweep of rain that moves across the American Southwest in late summer, and with its arrival sudden and quite euphoric the day was transformed.

I stood at a bus stop as the rain fell. It flooded right across the dry road and the traffic stopped and the rooftops drummed and the drains spilled giddily over the sidewalks. The sky was tin- coloured, gleaming; in the distance the Sangre de Cristo mountains a sweet, bruised purple.

There is a word for the way the air smells after heavy rain: petrichor a marriage of two Greek words, petra', meaning stone, and ichor', the fluid that flowed through the mythological gods' veins. It's a relatively recent invention coined in 1964 by two Australian researchers, and describes the way that in dry stretches oils from particular plants get trapped in clay-based soil and rocks, only for the rain to come, and those oils to be released into the air, mingling with wet soil compounds called geosmin.

I did not catch the bus. I walked into town as the evening settled and the dark brushed the top leaves of the trees, and all about me seemed quite new and quite magic: the traffic lights and the drugstore awning, the huffed breath of the passing jogger, the wide, washed brilliance of the sky. And as I walked I felt the day soften, as if I were leaning in close to listen to the land; as if for just a moment the earth had given up its secrets to the air.