Want something Done get an older woman...It might work for America thanks to Nancy Pelosi it worked for me at the local Westpac bank last week.

TWO DAYS IN THE LIFE OF NANCY PELOSI, POLITICAL GRANDMASTER
“The president admitted it to me on the phone without even any embarrassment.” Nancy Pelosi, super Speaker, on Trump’s unfitness, the decision to impeach, and “weaving” her fractious caucus.

Lost in the wilderness of the Trump era, Democrats looked long and hard for a champion: Robert Mueller, the media, even Michael Avenatti. But when the party retook the House in November and Nancy Pelosi began her historic second term as speaker, no one doubted the search was over. She’d been a GOP target and, some centrists thought, an electoral liability given her San Francisco roots. But now no one doubted that she was the indispensable Democrat, cheerfully jousting with AOC and “the Squad,” mediating the hoary conflict between the party’s left and its center (she describes herself as “a weaver,” which is a nice word for how she sometimes has to operate), winning with substance (her party’s focus on health care) and imagery (the famous Max Mara red coat, the donning of the sunglasses after her triumphant border wall meeting with Trump and Senator Chuck Schumer), and holding fire on impeachment until precisely the right moment. The Speaker talks to Abigail Tracy about the road to impeachment, how the Democrats won in 2018, why Trump is unique among presidents she’s known, and the work to be done after Trump is gone. 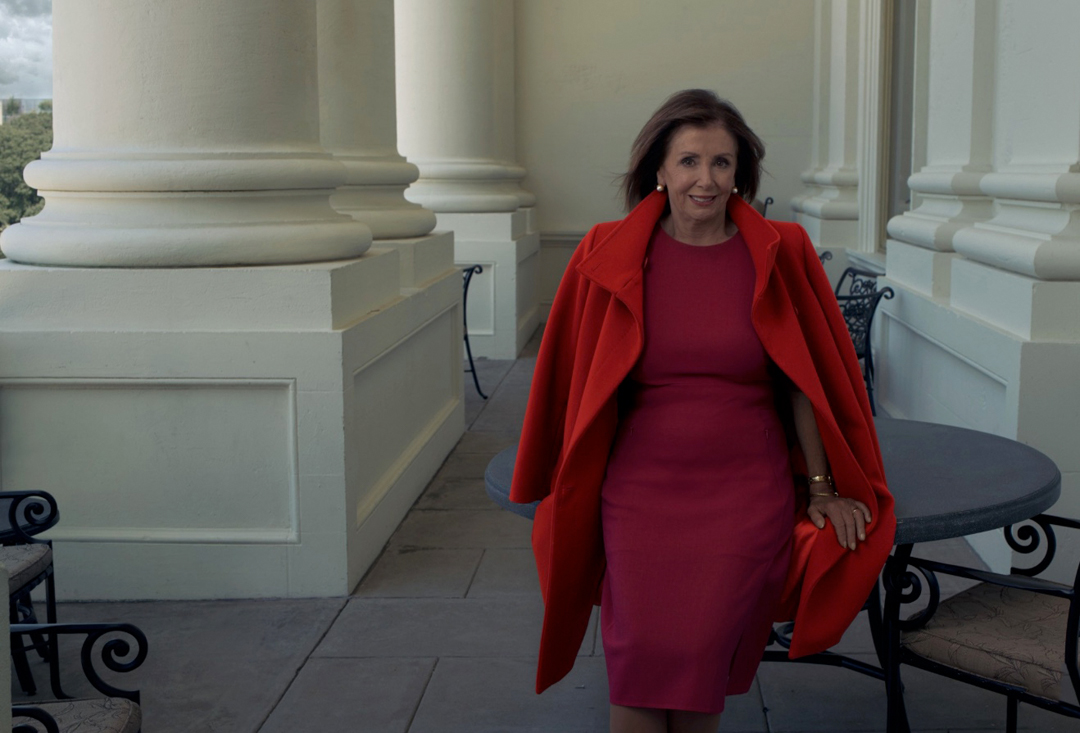