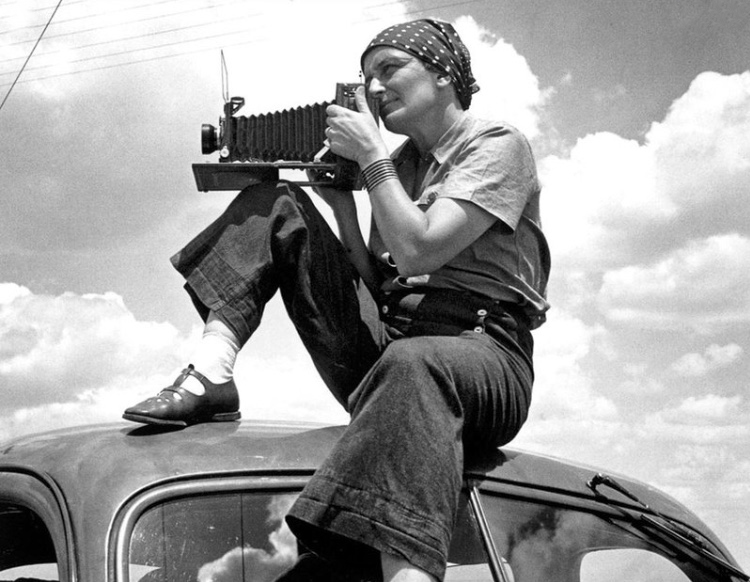 As the previously unseen archives of Dorothea Lange are published, we look back at the works and philosophy of this intrepid photographer.
If you’ve ever wondered whether an image can effect tangible change, consider visual activist, early environmental campaigner and heroine of modern photographic practice, Dorothea Lange.
In 1936, a singular image captured through Lange’s lens, Migrant Mother, shifted a nation into action against the poverty suffered during the Great Depression. Era-defining – portraying a stricken woman and her children on a pea picker’s camp in Nipomo, California – it is one of the most famous images in American culture.
Although emblematic of Lange’s way of seeing and knack for immortalising the rawest emotions of humanity, Migrant Mother has perhaps overshadowed her body of work as a whole, Lange’s contribution to photography going far beyond the image she became known for. 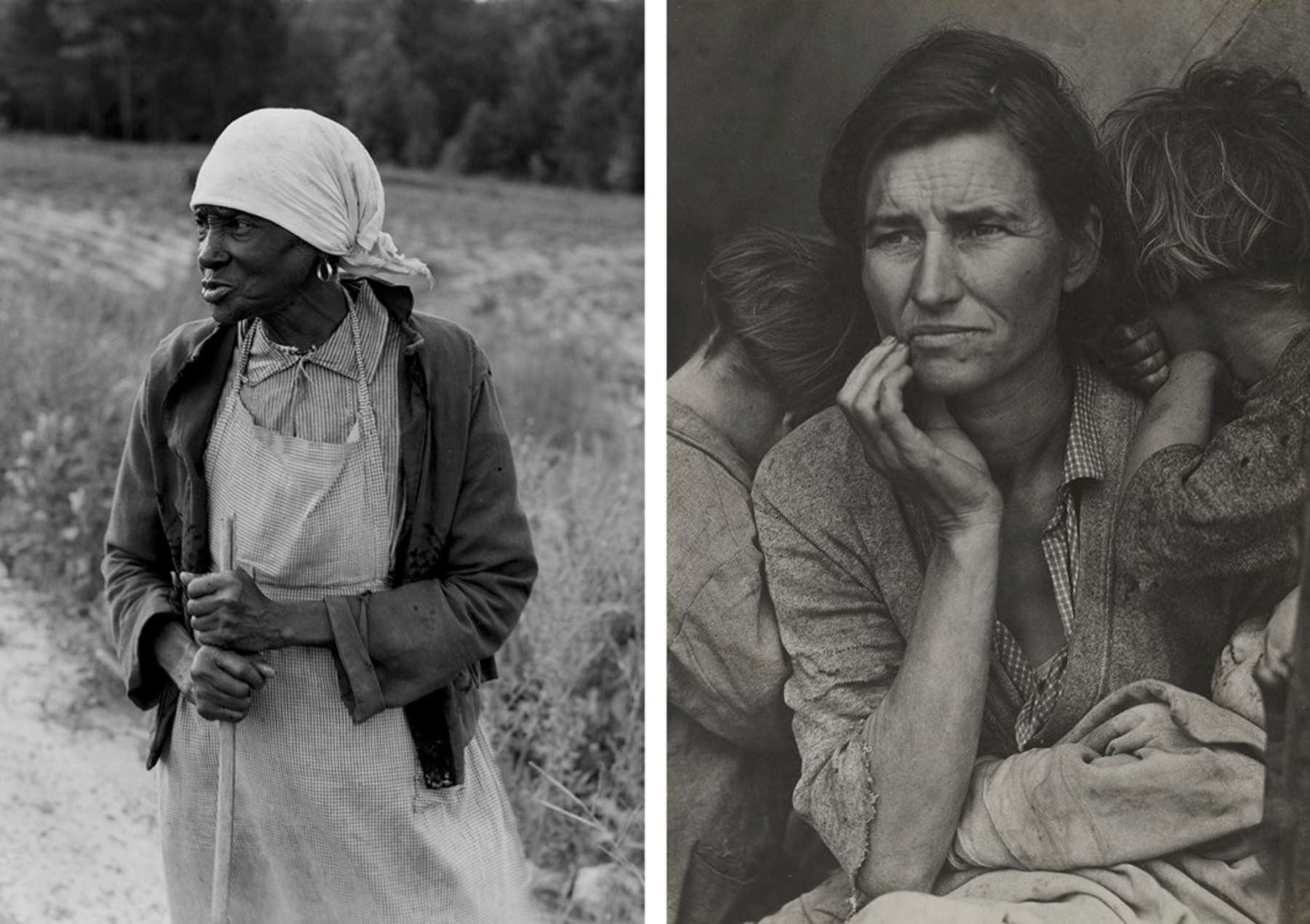 Defiant, principled and tireless, Lange dedicated her life to the camera. “I’ve never not been sure that I was a photographer any more than you would not be sure you were yourself,” she once said. “I was a photographer, or wanting to be a photographer, or beginning – but some phase of photographer I’ve always been.”
From the refugees of the Great Depression, the racism faced by African American sharecroppers of the Deep South, to the women working in shipyards in WW2 and the Japanese-Americans unjustly incarcerated post Pearl Harbour, Lange’s piercingly emphatic lens held her country accountable to the issues that ravaged its lands.
Lange championed dignity in the face of hardship, the collaboration between photographer and subject her self-confessed key to a success. “I never steal a photograph,” she said – her reportage nothing less than portraiture: the individual coming first before the situation.

Born in May 1895 in Hoboken, New Jersey, the firstborn of second generation German immigrants, she endured a difficult childhood. At twelve years old, her father abandoned the family and she assumed her maiden name, Lange, and at seven, contracted polio, permanently damaging her right leg. “It formed me, guided me, instructed me, helped me and humiliated me,” Lange once said. “I’ve never gotten over it, and I am aware of the force and the power of it,” a statement reflecting a steely determination well beyond her years.

A strong desire to travel the world led her and a friend from New York to San Francisco in 1918, but Lange’s dreams were cut short when a pick pocket stole their collective savings. Undeterred, she changed course and applied for a job at a photography shop, developing her visual style and before long, opened her own portrait studio in the city. 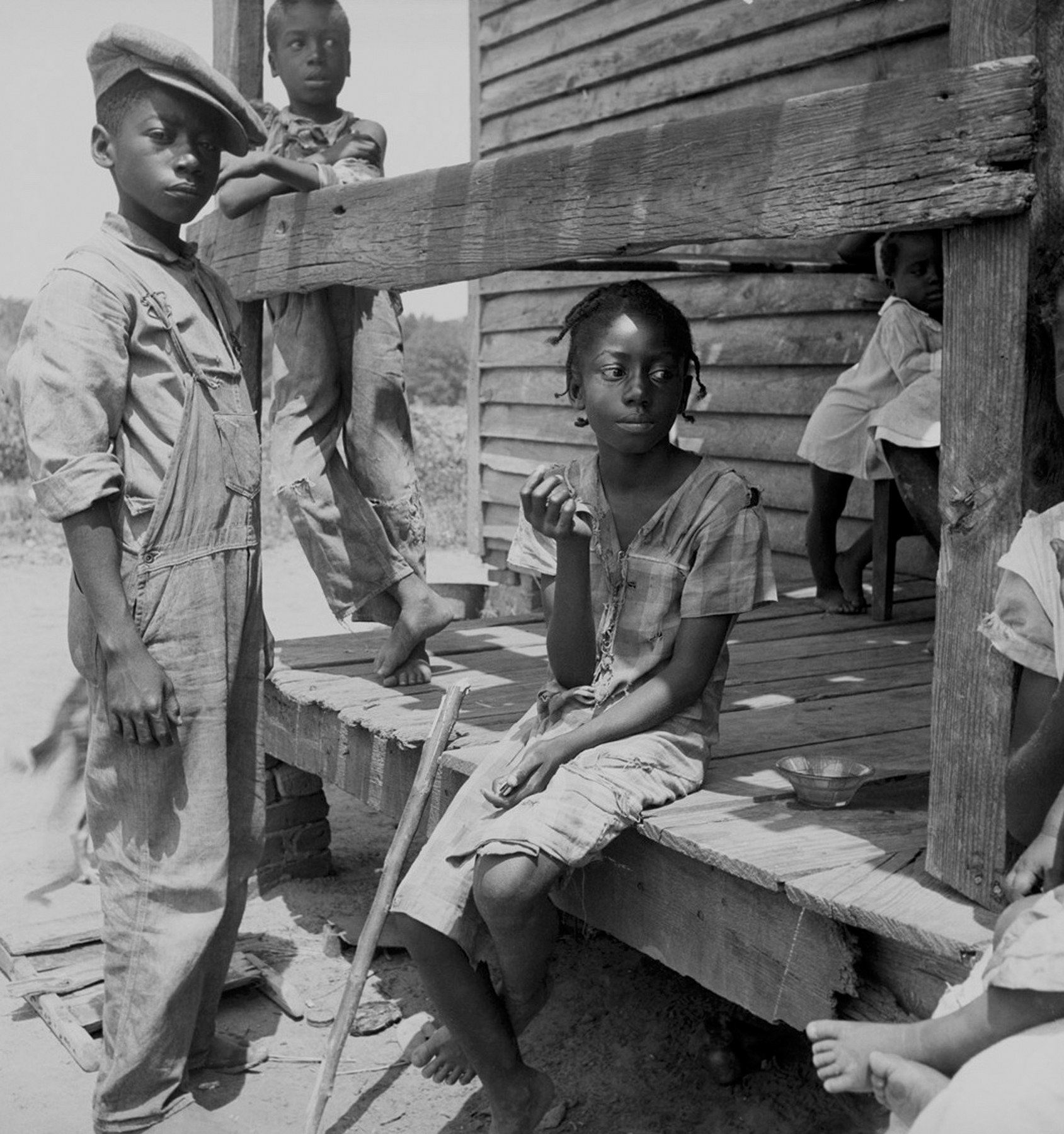 Marriage to landscape painter Maynard Dixon and the stock market crash of 1929 left her increasingly politicised. As Lange’s business and relationship diminished, her faith in her photographic ability for good was cemented, leading her to look instead to the strikes, protests and crisis growing around her. “I was aware there was a very large world out there that I had not entered too well, and I decided I’d better,” she later recalled.
Then Lange met Paul Taylor. The agricultural economist hired Lange to photograph the Dust Bowl conditions in the Midwest; the millions of Americans and their families made jobless and homeless due to the perfect storm of economic and environmental devastation. 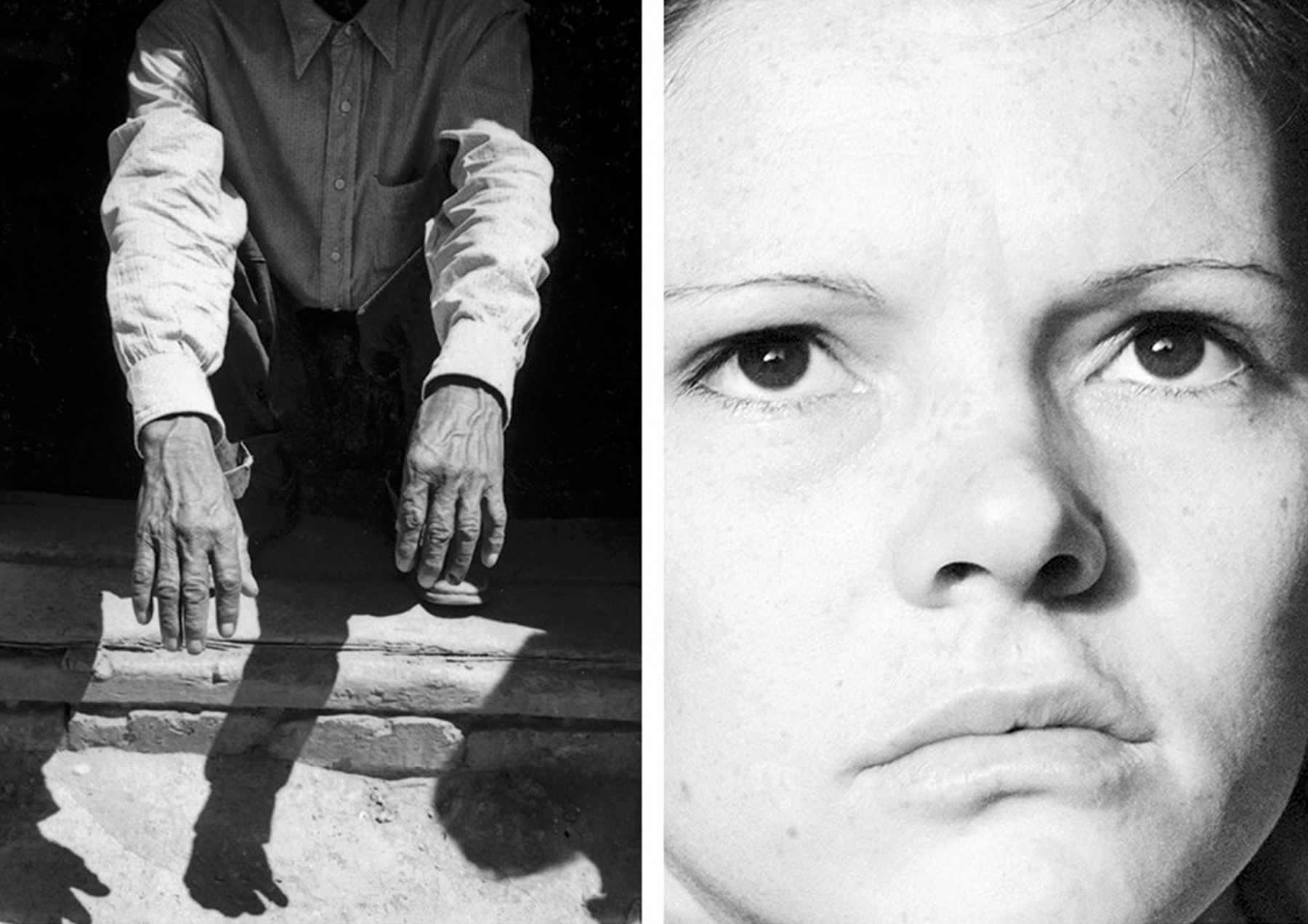 Together, Lange and Taylor fell in love, married and set out to document the prejudice inherent in the United States system. “We need not be seduced into evasion any more than we need be appalled by it into silence,” Lange argued, “bad as it is, the world is potentially full of good photographs. But to be good, photographs have to be full of the world.” 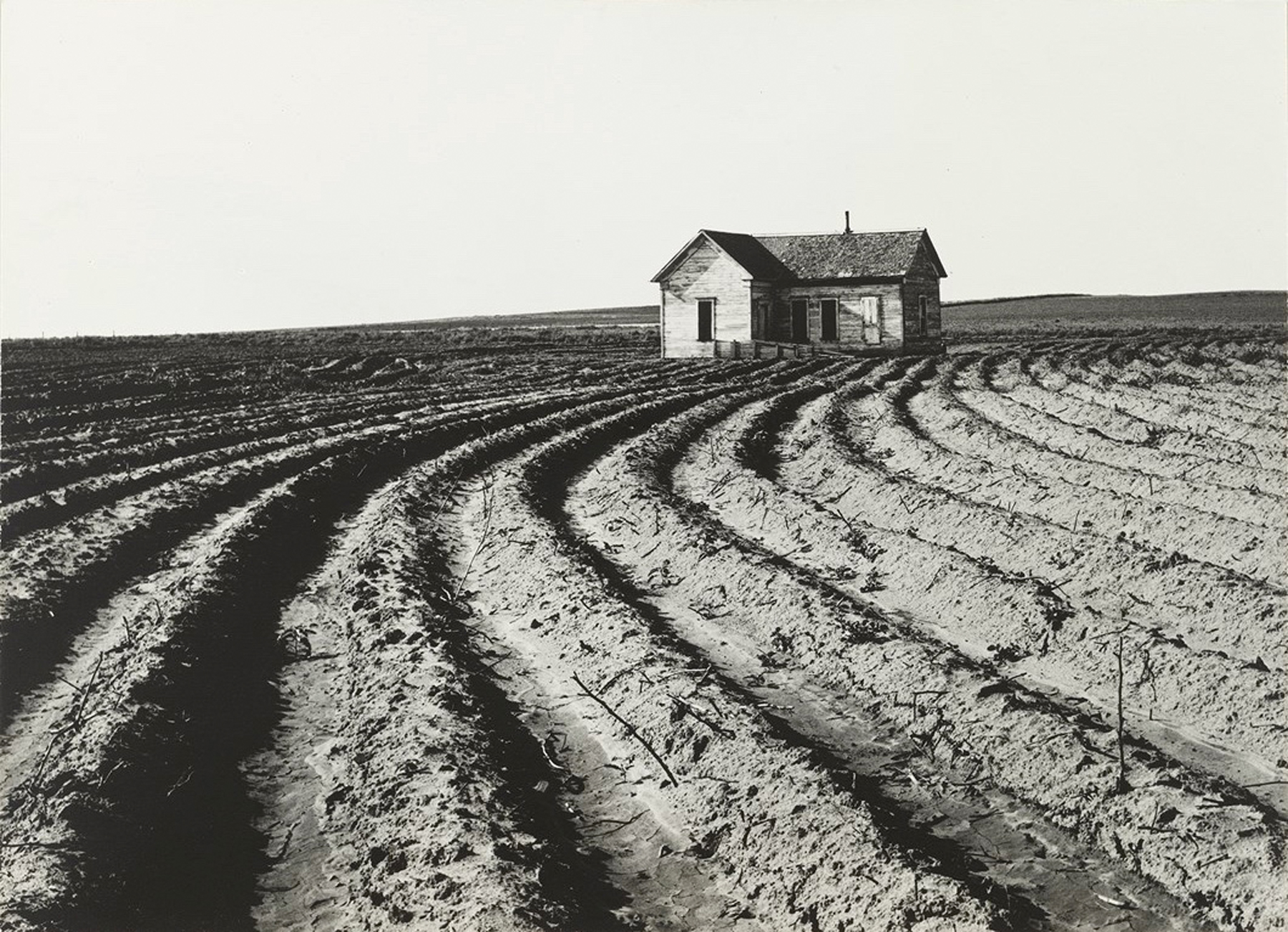 On her visit to Nipomo’s a pea-pickers camp, Lange described her encounter with Florence Owens Thompson. “I saw and approached the hungry and desperate mother, as if drawn by a magnet,” she later recalled. “She said that they had been living on frozen vegetables from the surrounding field and birds that the children killed.” The result was Migrant Mother, and once published saw State Relief Administration deliver food rations to 2,000 itinerant fruit pickers in Nipomo the next day.
Lange’s commitment to social justice remained constant throughout her life. She made critical images creating a space to confront the social realities her nation constructed, and much of what concerned her both photographically and socially continues to be relevant today; a timelessness found in her focus on family and community as a source of hope and endurance. 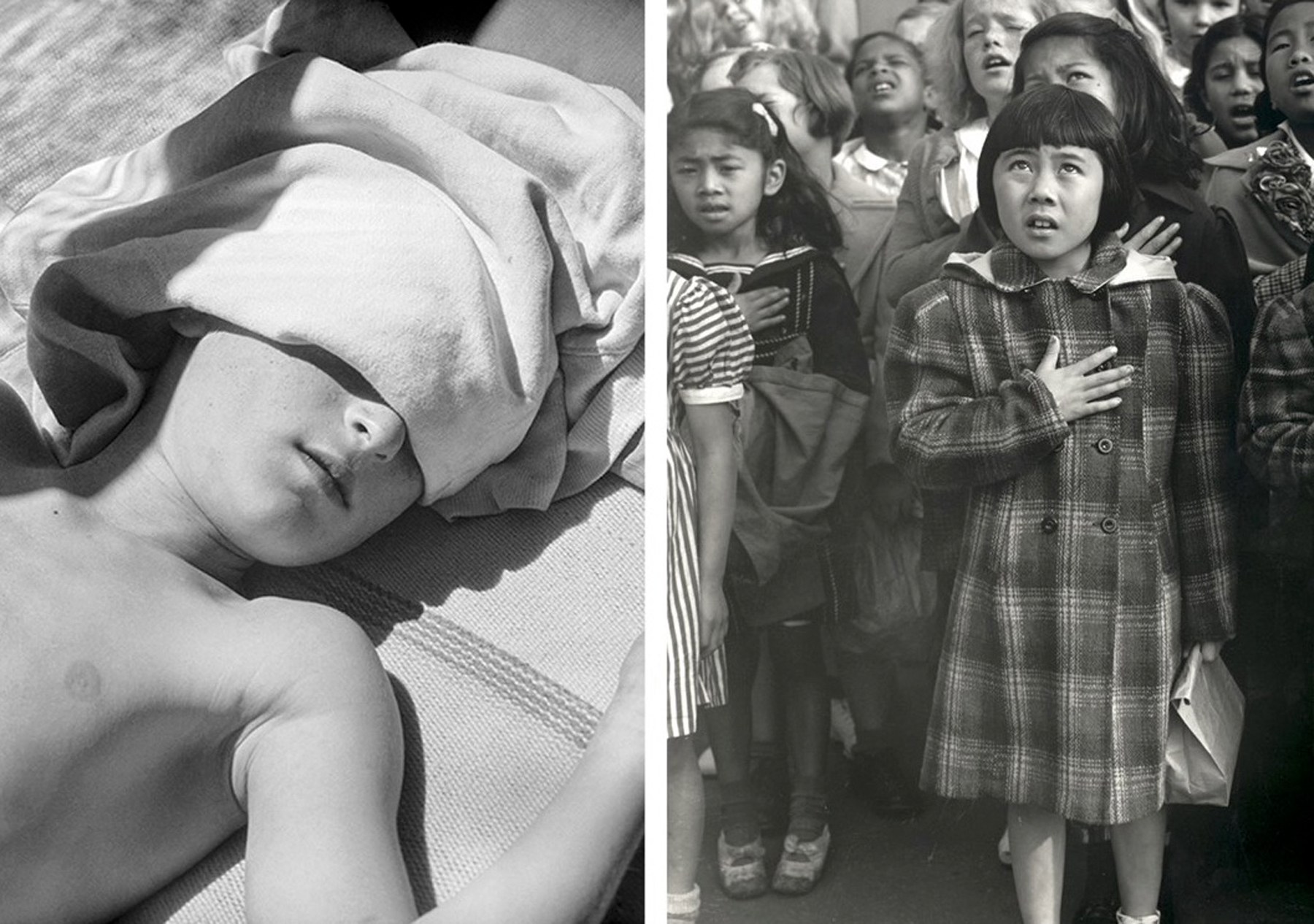 Upon her death aged 70 in 1965, Lange left nearly 40,000 negatives and 6,000 prints behind. Artist Sam Contis has unearthed this vast archive, working with Sarah Meister, curator at New York’s Museum of Modern Art, for the museum’s latest (though now postponed) exhibition 'Dorothea Lange : Words and Pictures'. The resulting book by Contis presents a new window onto Lange’s work, repositioning her as a strikingly modern photographer. The book, titled Day Sleeper, includes previously unseen photographs of her family, portraiture from her studio, and pictures made in the streets of San Francisco.