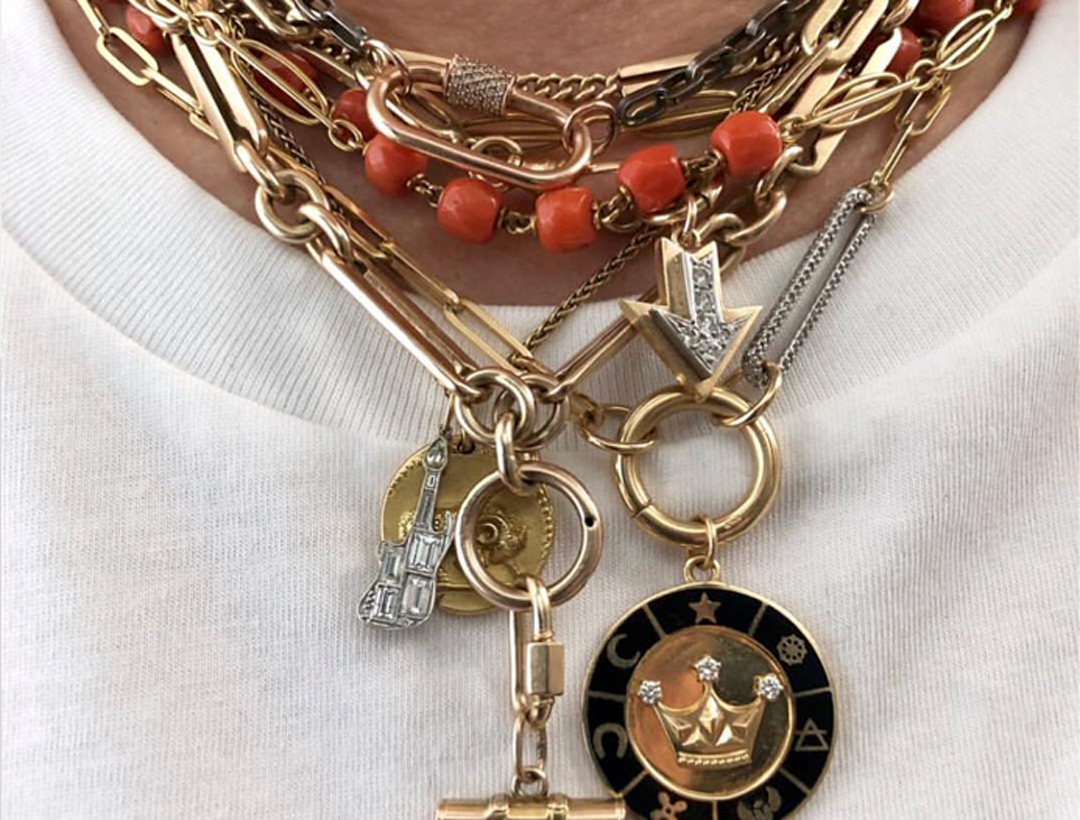 Stacked, layered and meaningful, the #neckmess it’s a thing….apparently! Never mind that old Coco Chanel chestnut about taking one thing off before walking out the door. Today, you may want to add more to the mix.

One of the current preoccupations of fine jewelry collectors is an assemblage of necklaces that is layered, personal and playfully disheveled (or artfully edited, as the case may be). It is an ideal display for items à la mode — initial necklaces, chains, coin pendants — and whatever else finds its way into the jumble becoming #neckmess

(The look even has an Instagram nickname: the #neckmess. Coined in 2016 by the Rhode Island-based designer Jessica Kagan Cushman, the term has made it into jewelry vernacular.)

According to Lauren Kulchinsky Levison, the vice president of the East Hampton boutique Mayfair Rocks, the practice of stacking and staggering necklaces is an approach favored by clients who “want to wear jewelry in a more magical way,” rather than the blunt force of big statement pieces. “Any jewelry designer who isn’t making necklaces that can be added into someone’s daily look and combine with all the other designers out there is missing out on #neckmess” 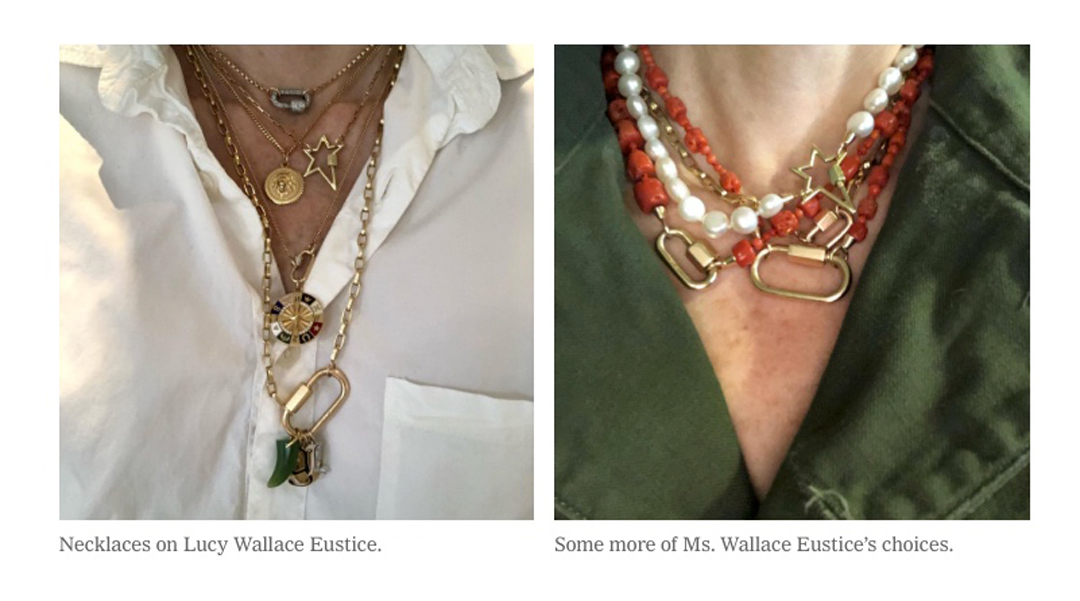 Anything goes The London-based designer Pippa Small attributed the popularity of layered necklaces to their aesthetic flexibility. “With necklaces, you have much more versatility,” Ms. Small said. There is no need to fit something into a piercing or around a finger, so “you can wear something large, small, strangely shaped. Around the neck, anything goes.” 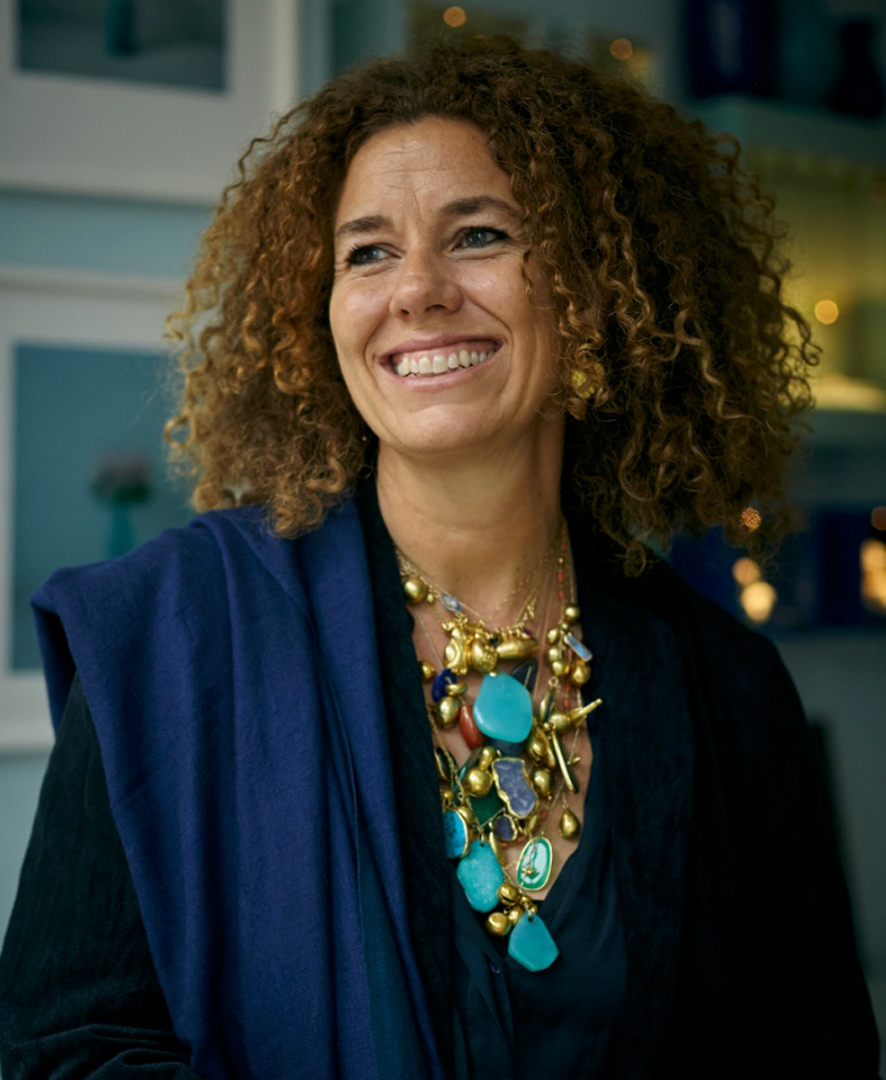 Her current tally of assorted necklaces totals about 10 pieces that she wears 24 hours a day. “I like the feeling of the weight and the touch of the stones,” Ms. Small said. But she admitted that, when wearing them, “it’s noisy.”

They include two hollow, gold vessels she acquired in India. In one, she stores locks of hair from her twins and in the other, their baby teeth. The array is anchored by jewelry from Ms. Small’s eponymous collection, like an 18-karat gold pendant depicting a pair of gold owls — a symbol of good luck in Myanmar, where the piece was produced in cooperation with a project that bolsters employment and promotes the country’s jewelry heritage. She also adds lengths of gemstone necklaces in her preferred color for the moment: “Right now, I’m turquoise,” Ms. Small said. “It’s quite joyful.”

Gathering individual, idiosyncratic compilations of necklaces reflects “a shift of jewelry going from a showy, statusy thing.” she said. “It’s going back to its roots as a thing that really deeply, psychically means something to us.”