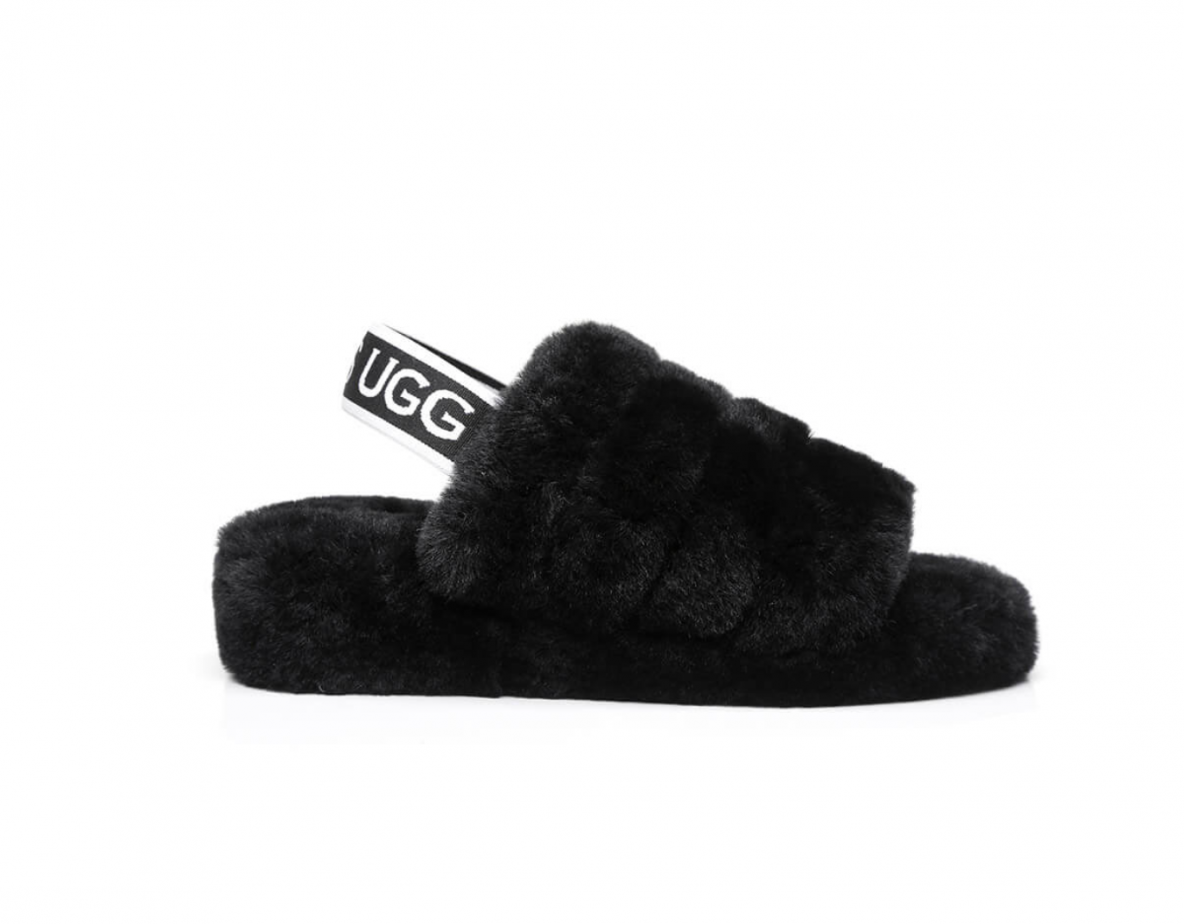 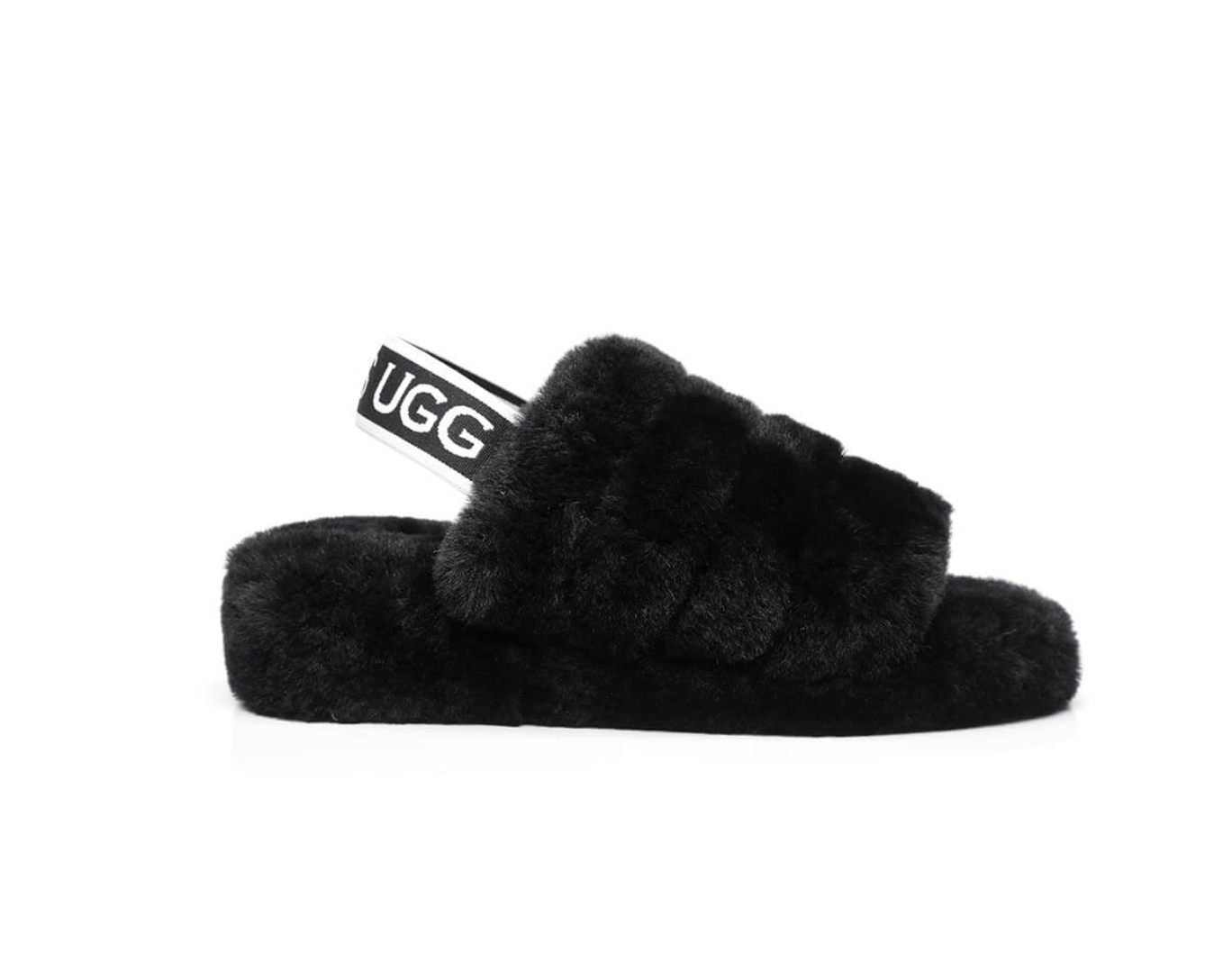 My new/first Uggs ... do not judge ... maybe they were never cool, which is what makes them, well, cool.

By Max Berlinger for the New York Times

It started with Rihanna, as these things so often do.

It was the halcyon days of 2018 and the pop singer and fashion icon wore a pair of Uggs to — where else? — the Coachella music festival.

Not your average pair, like the classic boots made famous by a Juicy Couture-clad Lindsay Lohan at the height of her Us Weekly fame in the early aughts. This pair was a collaboration with the Belgian designer Glenn Martens of the avant-garde label Y/Project, who exploded the ostentatiously unsexy style to Brobdingnagian proportions, yielding a version that was high-heeled, slouchy and reached well above mid-thigh. A picture of Rihanna in the wader-like footwear amassed more than 3.3 million likes on Instagram, and even Vogue couldn’t resist their strange allure.

“The C.F.O. was not super-excited about them,” Andrea O’Donnell, the Ugg brand president, recalled. After seeing a CNN news segment of the Y/Project runway show in which they were unveiled, “he came in and said, ‘Tell me that I didn’t see thigh-high boots, on a catwalk, worn by a man,’” she said, laughing.

Ms. O’Donnell had been hired in 2016 to help reposition the brand with consumers who associated Ugg with the classic boot in its purest form: shin-high, slip-on, mocha brown and lined in sheepskin. It was a casual style, to be worn with yoga pants while running errands. Ugg wanted to widen its image to encompass more fashion-forward associations.

And Ugg had lost its luster. Once the boot du jour for carefree socialites and off-duty starlets, it had become part of the uniform of a certain upwardly mobile consumer with bland bourgeoisie taste. The label was hardly the first to experience this trajectory. It’s a common one in fashion: Things that once had an air of exclusivity and mystique are then fully absorbed by the culture. Uggs were beloved but mass market.

Ms. O’Donnell, who came from the luxury department store Lane Crawford, moved to Santa Barbara, Calif., where Deckers, the Ugg parent company, is based, and got down to work, initiating a series of high-profile collaborations to inject some glamour into the label.

“We needed to engage the fashion community about what our brand could be,” Ms. O’Donnell said.

She has since assembled a roster of collaborations that are as eclectic as they are eccentric. Far from tapping, say, luxury labels in the European mold (recent partnerships between Prada and Adidas or Dior and Nike Air Jordan come to mind), Ugg chose designers with edgier, artier inclinations, which helped reinforce what Ms. O’Donnell said is the brand’s potential to be both aspirational and accessible.

“Ugg really needed to reinvent itself,” said Ayako Homma, an analyst at the market research firm Euromonitor International, citing market saturation and counterfeits as reasons for waning consumer interest. “And collaborations are a great way to revamp the brand image by bringing in new styles and new consumers — especially teens and younger adults, many of whom may not be familiar with the brand or haven’t owned a pair before.”
Editors’ Picks

Last year, the arty bicoastal duo behind Eckhaus Latta made clunky square-toed clogs and mules, and the louche streetwear label Stampd created a convertible pair that could transform from slippers to boots, which the website Highsnobiety called “peak work from home footwear.”

Next up are the British designer Molly Goddard, she of the tulle extravaganzas, who showed platform mules, shaggy slippers and boots with floral appliqués at her spring 2021 show, and the Brooklyn designer Telfar Clemens, whose patchwork, logo-strewn boots (plus bedazzled T-shirts, oversize hoodies and fur-lined bucket hats) will be released next year.

“They are basically an accessible luxury,” said Mr. Clemens, who has upended old ideas about gender and identity. “It’s a Christmas list thing for hundreds of thousands of people. That’s the sort of space we want to occupy.”

Department stores known for their discerning product mix, like Nordstrom and the Canadian retailer SSENSE, have taken notice and started to carry the limited-edition releases.

“The totally unexpected nature of the collaborations continues to keep the brand relevant,” said Brian Costello, the vice president and merchandise manager for women’s shoes at Nordstrom. And while the limited editions generate excitement within targeted communities, they do so without alienating fans of the core collection.

Ms. O’Donnell, whose first memory of the brand is Pamela Anderson wearing Uggs with her red “Baywatch” swimsuit (Ms. Anderson, an animal-rights activist, has since renounced the boots), calls the classic boot a “cultural icon.” That sort of talk is often ballyhoo, but in this she’s not wrong. Uggs permeated the zeitgeist in a way few other footwear brands can claim.

Oprah Winfrey included them in her annual “Favorite Things” episodes, starting in 2003, creating a frenzy. Celebrities often wore them between takes while filming, which continued to raise their profile. And starlets helped forge an image of them as glamorous and casual in the early part of the century. Originally they were worn by surfers to keep their feet warm after a morning of wave-riding, giving them instant street (beach?) cred. Still, without constant tending and innovation, a brand built around one signature item can easily get stuck in a rut.

“Uggs will always and forever remind me of coming of age in the early aughts, seeing them on celebrities like Jessica Simpson on ‘Newlyweds’ or Paris Hilton shopping at Kitson,” said Tyler McCall, the editor in chief of the Fashionista website. “Lately, though, they also bring up images of a very specific, cool-art-scene kid.”

“With the internet, it feels like there is a dizzying number and array of fashion circles, and Ugg has made its way into a few of them,” Ms. McCall said. “Whether it’s people interested in these buzzy collaborations or those who want to wear them with a sort of nod-wink ironic nudge to that millennial aesthetic.”

While the collaborations have been able to whip up excitement in the fashion community, serendipitous outside forces have added to Ugg’s recent good fortune. It is one of few fashion brands poised to benefit from the novel coronavirus as stay-at-home orders and mandated quarantines created a surge in popularity for cozy apparel and accessories, like sweats and house slippers. Uggs may be just the regression we all need in these times.

Additionally, nostalgia for trends from the early aughts has experienced a renaissance in recent years, fueling a fervor for Puma sneakers, Prada nylon bags and other brands of the era. And while Uggs have been derided by some as downright unattractive, ugly shoes are popular in certain cool-kid circles. Ms. Homma of Euromonitor likened Ugg’s trajectory to the ascent of another ugly-covetable shoe: Crocs.

In its most recent quarterly earnings call, in late October, Ugg reported a modest increase in net sales, at 2.5 percent. Ms. Homma noted that, considering the challenging retail environment of the last year, that figure actually reads as quite resilient.

Moreover, the availability of these particular partnerships is concentrated, with the ultimate goal of creating a halo effect around other products, like the Fluff collection, which has been seen on Serena Williams, Cardi B and Justin Bieber (who, in 2010, told Seventeen magazine he thought Uggs were “ugly”).

To further expand its image, the company recently released a campaign starring the pierced and tattooed Dennis Rodman and the pink-haired skater du jour Evan Mock mugging on a debris-filled mansion lawn. And last month a new flagship store concept, which leans heavily into sensual curves and terrazzo floors, was unveiled on Fifth Avenue.

So, like it or not, Uggs are cool again. Or maybe they were always cool. Or, keeping in mind the strange and fickle ways that trends ebb and flow in the social media era, maybe they were never cool, which is what makes them, well, cool. 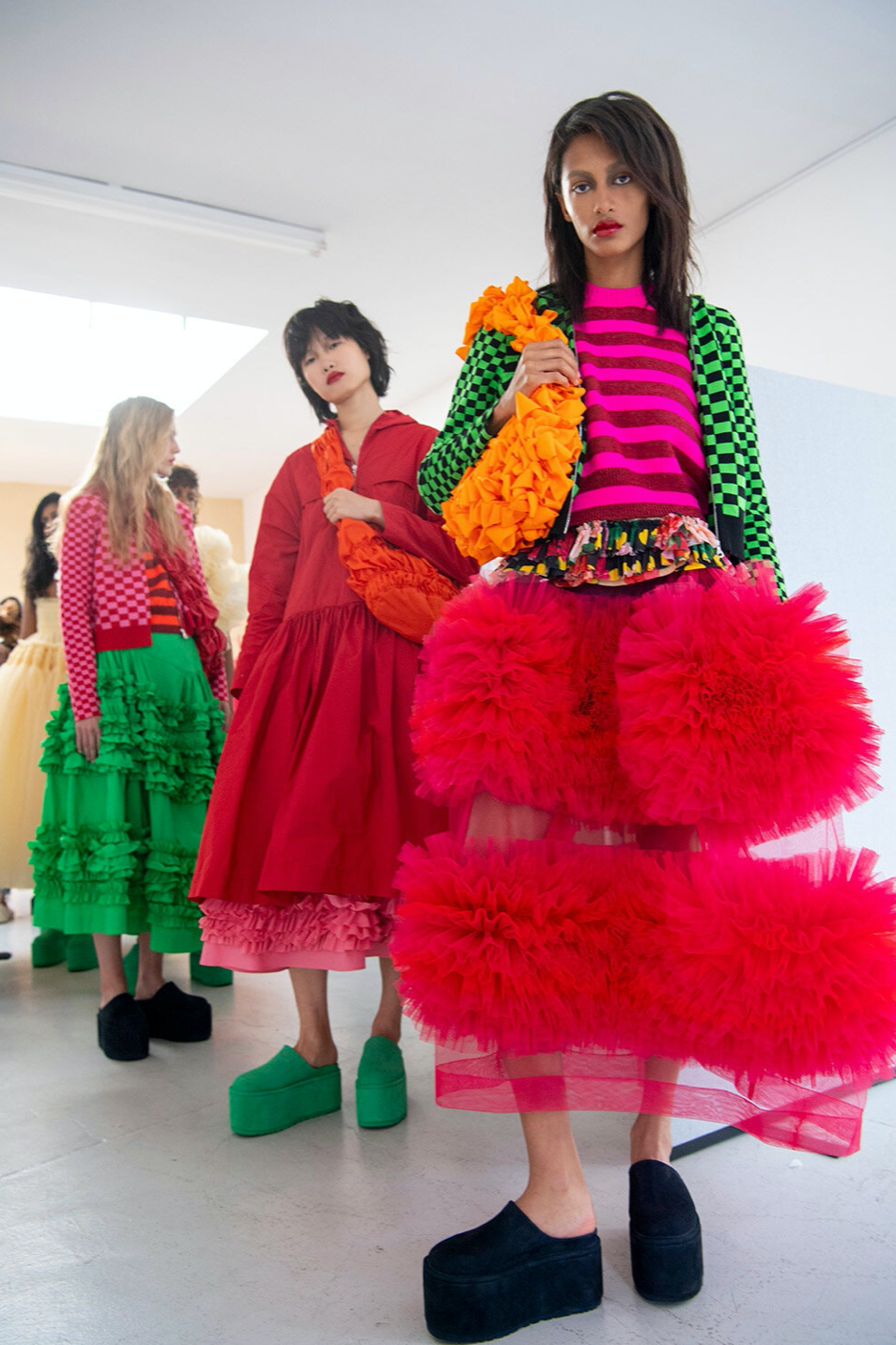