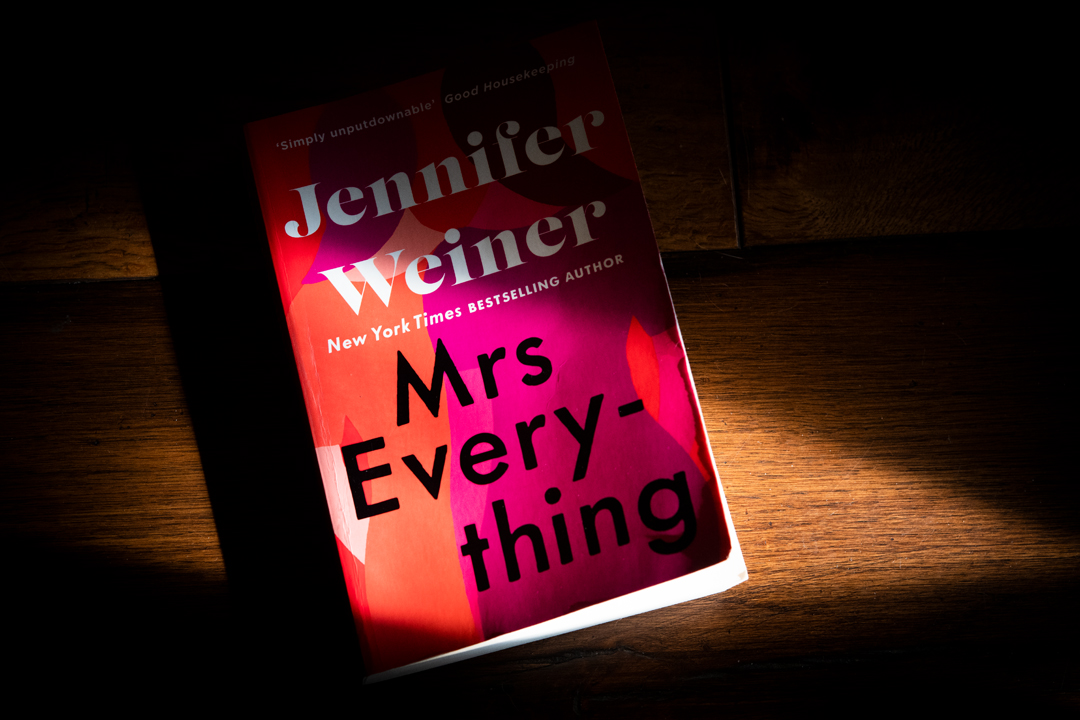 This book, Mrs. Every-thing by Jennifer Weiner has suited by languid Covid 19 reading with just enough politics to keep me on edge and angry.

I read it because of this review in the New York Times Best Summer Reads.

“Mrs. Everything” tells the story of two sisters, Jo and Bethie Kaufman, who grow up in Detroit in the 1950s and find their way to Ann Arbor in its hippie heyday, then to stifling suburban Connecticut and finally to a feminist collective in Atlanta. Balancing her signature sense of humor with a new (to her novels) political voice, Weiner tells the story of the women’s rights movement and the sexual awakening of a woman coming of age at a time when being attracted to women would keep her at the fringes of the world she was raised to join. She opts for the safe route, making unimaginable sacrifices along the way, especially on behalf of her sister, who finds the freedom to live the life they both wanted.

The most poignant and timely scene involves a woman and a man in a hotel room. Before they part ways, after the woman has handed over an envelope of cash, the man (who may or may not be a doctor) says, “You were never here.” I almost ripped out the page and sent it to Gov. Kay Ivey in Alabama.

Weiner has always been a gifted novelist and a powerful essayist. In “Mrs. Everything,” she brings the best of both worlds to the page, holding up the prism of choice and letting the light shine through from every angle. If you’re lucky enough to read it on the beach, try to do so elbow to elbow with your mom. If you have time for only one book this summer, pick this one.