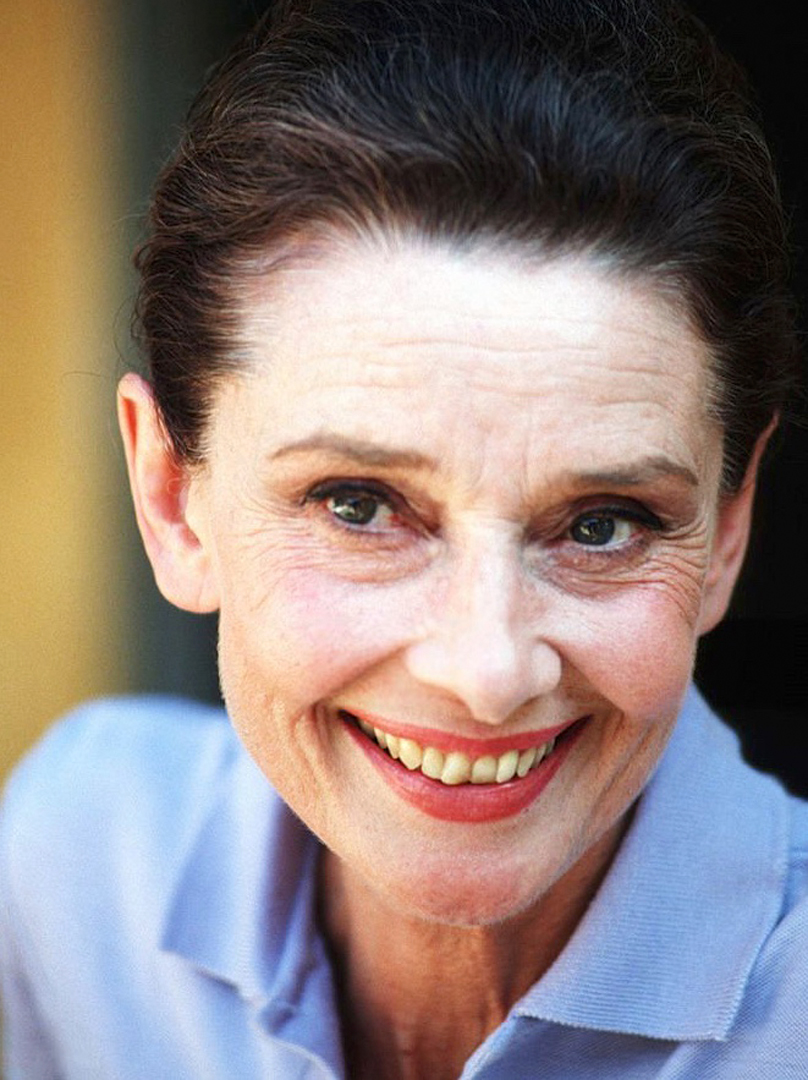 This essay about the allure of aging was on the site Dore this week, I thought it would make for a lovely bit of weekend contemplation.

During a recent downward spiral on YouTube, I found my version of Internet gold: a clip of Barbara Walters interviewing Audrey Hepburn in the 1980s. 1989 to be exact, which means Audrey must have been around 60… She was immersed in her work as a UNICEF ambassador; she had mostly left Hollywood behind. Yet she was the same Audrey that’s been immortalized from the 1960s, if not more so–wide eyed, gracious, lighthearted, modest, elegant, beautiful. I was even more captivated than I was the first time I saw Breakfast at Tiffany’s.

I’ve been trying to figure out why it is that Audrey at 60 is so much more appealing to me than Audrey at 30. Is it that I feel like I can trust her more to be who she actually seemed to be? Is it that she appeared to be more comfortable in her own skin? Was she wiser? Was she less “perfect,” yet none-the-less beautiful? Had she experienced so much throughout her life, her lines showing and her hair graying, yet maintaining an optimistic outlook, not by ignorance but by choice? Was it because she seemed to be even more youthful at sixty than when she was in youth? I think that, maybe, it is all of these things.

I was binge-watching a British crime drama a while ago on Netflix, when a new lawyer character turned up in the third season. She had gray cropped hair, a tall figure, and wore a simple style of crewneck sweaters and slim pants. I kept saying to my mom that she looked like Charlotte Rampling, but the only Charlotte Rampling I had known was she of the blue button-down shirt, vacant gaze, and voluminous locks—the epitome of a chic 1960s sexpot icon. This Charlotte Rampling, now in her 70s, was a new discovery, and I needed to Google her, needed to read—-as she was evidently still working—-recent interviews. I devoured them.

In one article with The Guardian, she discusses living with depression, she discusses never having been comfortable in the public eye, she discusses feeling like she wasn’t good at her job. “It was too show-off for me, acting,” she says. “It didn’t suit my personality, either.”

It was cathartic to read about a woman who has been so iconized, so idolized, talk about being uncomfortable, being unhappy, being human. Now, on the other side of it in her 70s, here she was discussing the amazing events from her youth with a kind of laissez-faire attitude, a knowingness that success and fame and youth is not all it is made out to be.

We are made to think that our careers define us—-even the question is worded that way: “what do you want to be?” But what we do for a living is not who we are. We can “be” a Hollywood golden girl or a UNICEF ambassador, an aspirational muse or an older actress, but inside we are always the same. As with Audrey, I found Charlotte Rampling at 73 to be much more captivating than Charlotte Rampling at 30.

I will give you one more example: Isabella Rossellini, who I happily, delightfully follow on Instagram, who documents her chickens and insects and life on the farm. The former model seems carefree, she seems goofy and happy.

Who could forget Helena Bonham Carter, who went from being an English rose in A Room with a View to the wonderfully oddball-ish woman we all know and love now? She does not care to conform to anyone else’s standards but her own, and that is more inspiring than any glowing, fresh-faced starlet. And then there’s Diane Keaton, Susan Sarandon, Goldie Hawn—I could go on.

I want to read everything they have to say, I want to absorb it, learn from it, wisen from it, so that I can have their self-assurance, their lighthearted air, their confidence to be beautifully unconventional, right now at 33 years old. I do not want to have to wait. But to quickly sum it up, I’ll leave you with this poem, which I read is one of Helena Bonham Carter’s favorites: “When I Am Old.”