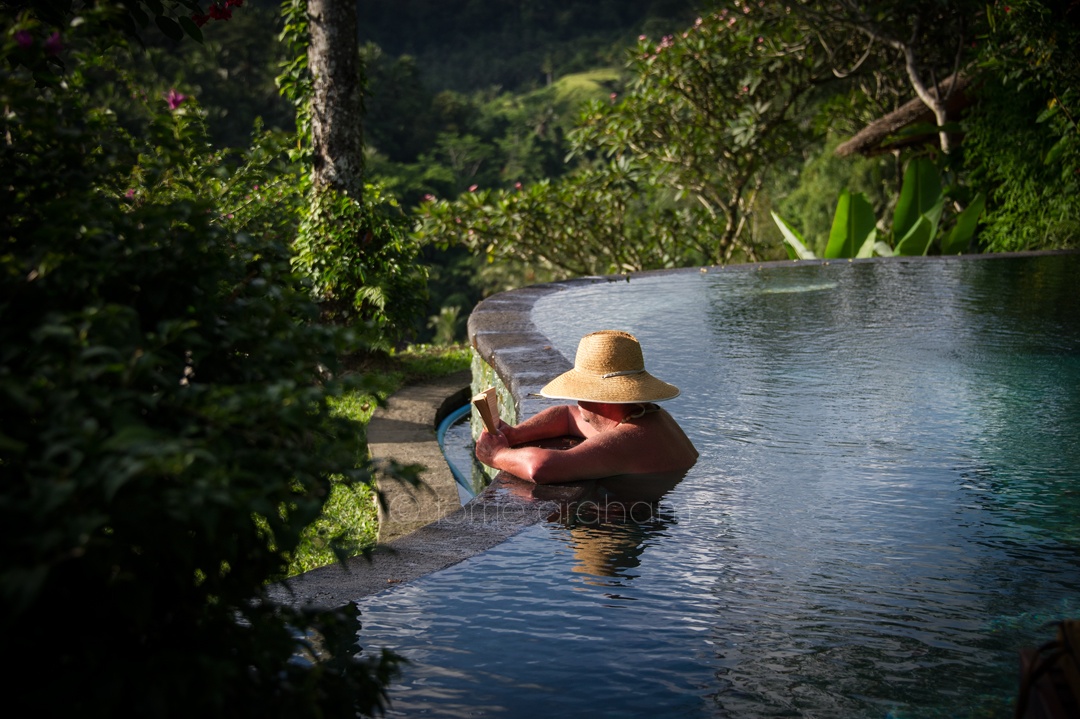 The Malay Villa is based on the design of the elegant bungalow style of Trengganu in Malaysia, the home of some of Malaysia’s most handsome colonial/traditional buildings. It faces breathtaking views and has a small infinity pool in the front. We had originally wanted to rent the Made Villa, perched on the edge of the valley and on several levels it looked wonderful.It was booked for the first few days of our stay so we settled into the Malay.

The Malay is the most sensuous of buildings, it opens to the elements and the surrounding jungle is invited in. There is even a small window at the foot of the toilet for a bit of quiet contemplation. Two double beds enclosed by Mozzie nets. A veranda out the front with a small fridge, table and daybed.

Thoughtful touches like a CD player with CDs Frank Sinartra, BB King and Nat King Cole, and a pile of books, Ayn Rand’s Fountain Head, Isabel Allende’s Of Love and Shadows and James Cleick’s Chaos among them. The shower has a generous shower head and plenty of hot water. We shared the Villa with a few frogs and geckos. Having moved in, we fell in love, and didn’t move out.