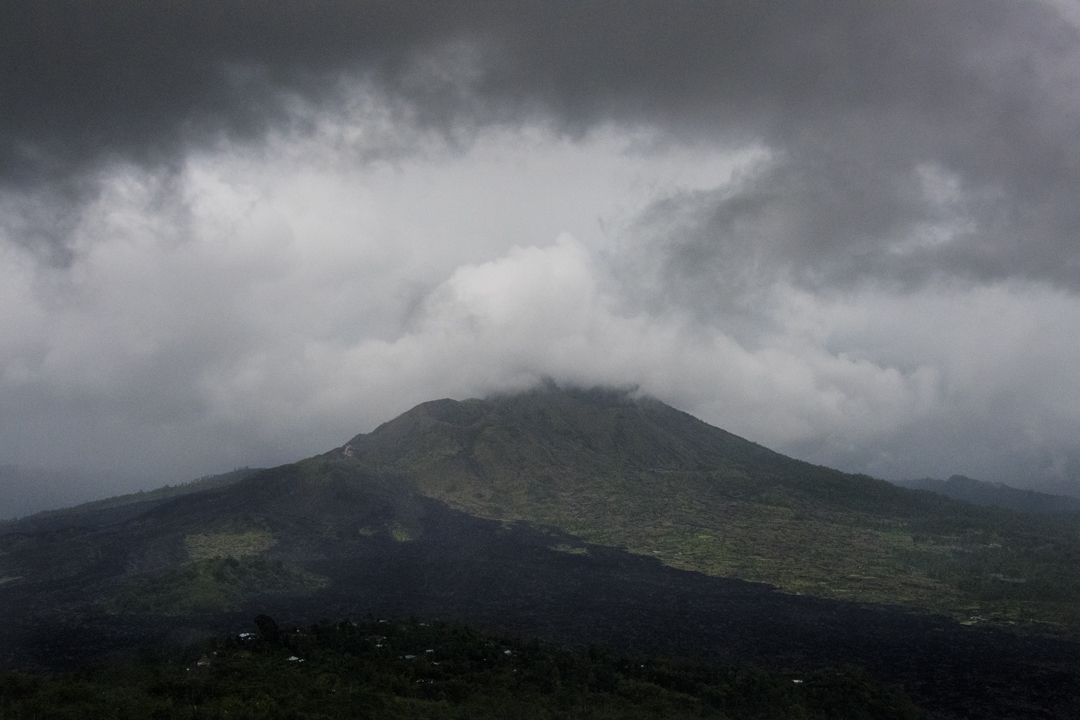 Active volcano and Lake Batur in the caldera
The eruption that brought this volcano to be visible above the ocean is one of the most forceful across the earth. This volcano is marked by a collapsed top, called a caldera.

The southeast wall of the inner caldera lies beneath Lake Batur; Batur cone has been constructed within the inner caldera to a height above the outer caldera rim. The Batur stratovolcano has produced vents over much of the inner caldera, but a NE-SW fissure system has localized the Batur I, II, and III craters along the summit ridge. Historical eruptions have been characterized by mild-to-moderate explosive activity sometimes accompanied by lava emission. Basaltic lava flows from both summit and flank vents have reached the caldera floor and the shores of Lake Batur over its history.

The caldera contains an active, 700-meter-tall stratovolcano rising above the surface of Lake Batur. The first documented eruption of Batur was in 1804, and it has been frequently active since then, most recently in 2000. The substantial lava field from the 1968 eruption is visible today when viewed from Kintamani, a town on the southwest ridge of the caldera.