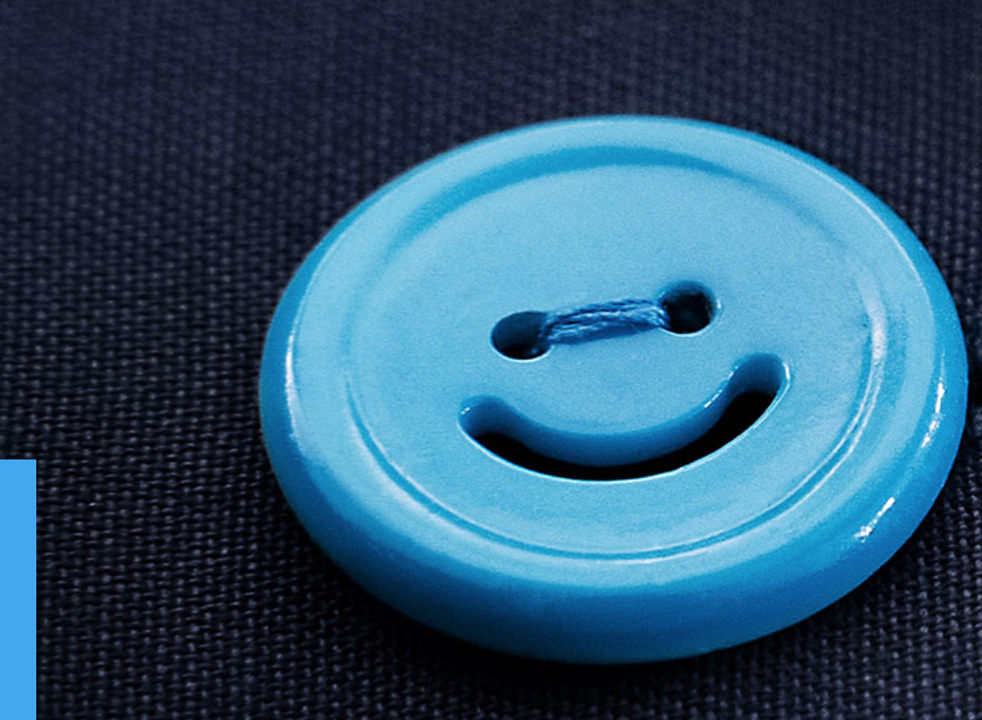 Over the course of a century, the garment industry has helped pull millions of people out of poverty. But millions also end up trapped in low-wage jobs creating cheap clothes for multinational corporations, often working in unsafe or deadly conditions, like the kind that led to the 2013 Rana Plaza building collapse in Bangladesh. Consumers who want no part of that cruel supply chain, though, must do time-consuming research into a brand’s business practices, and that’s still no guarantee that workers were paid fairly for their labor, or that clothing wasn’t sewn by children.

So the World Fair Trade Organization partnered with retail brands in Brazil to make Fair Trade certified clothing more obvious to consumers. The Fair Button is a powder blue accessory brands can be attach to or incorporated into clothing designs that make its provenance apparent at a glance.

Two of the buttonholes connect to form a smile, and the color stands out against most couture. While it can function as a button, it also works as a fastener or simple accoutrement. The campaign is supported by Fair Trade brands and designers in Sao Paulo, Rio de Janeiro and Recife: Menina dos Olhas, Artesol, Pura Mixtura, BIO Fair Trade, Viva Yemanjah, Parceria Social, Flavia Aranha, Dalla Starda and NTCPE. The consumer-facing part of the campaign kicked off April 16, the International Day Against Child Slavery, with social placements driving consumers to an ecommerce platform where they can purchase the clothes or donate to Fundaçao Abrinq, a nonprofit that helps educate poor children.