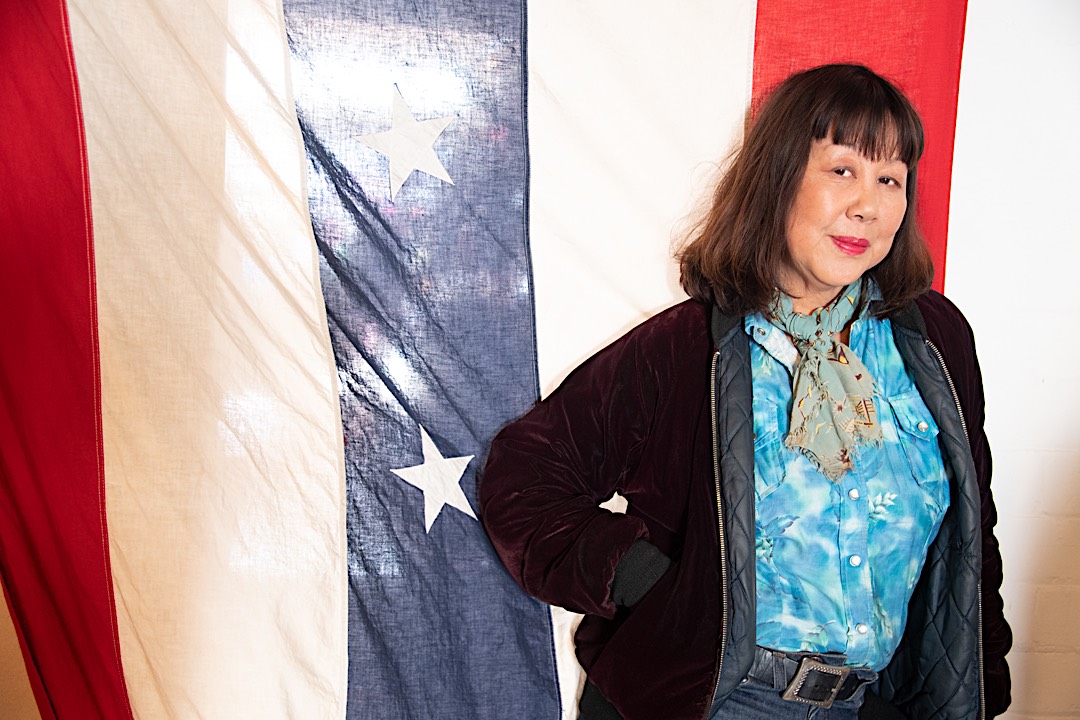 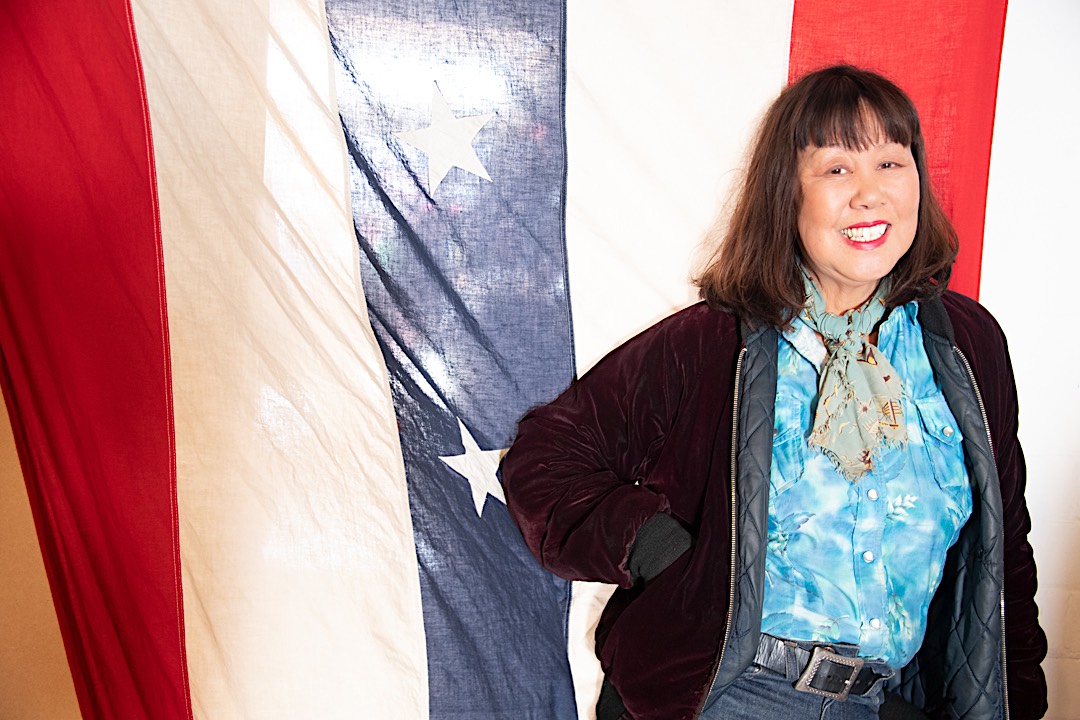 The iconic Vintage store Route 66 has moved to Enmore Road. Last week I dropped in for a chat with Co-owner Tina Lowe ….. she shares the shop with her son Leroi.

LG: So why the move to Enmore?

TL: Well, there have been so many changes in Surry Hills and Darlinghurst. I don’t think the lock-out laws have helped and I could see a decline in the area ….. we used to get the feed from Oxford Street, but the landlords keep putting up the rents and not helping young people. My lease was up, we had heard that developers were looking at the building. We looked around this area, and we walked into this building and loved the high ceilings and the acoustics …. because we love our music. Great light and it had a great feeling.

We looked at King Street but liked this space and it’s also near the Enmore Theatre and we get lots of visiting musos … so we are in the zone. As soon as we opened the doors … it was just the most welcoming feeling from all the locals. 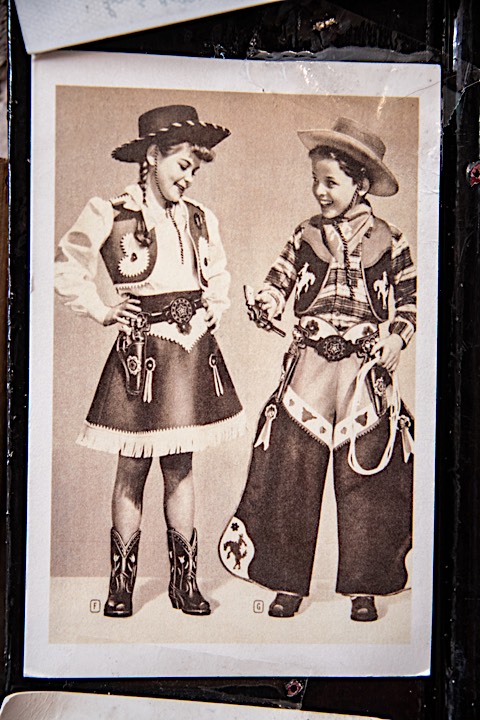 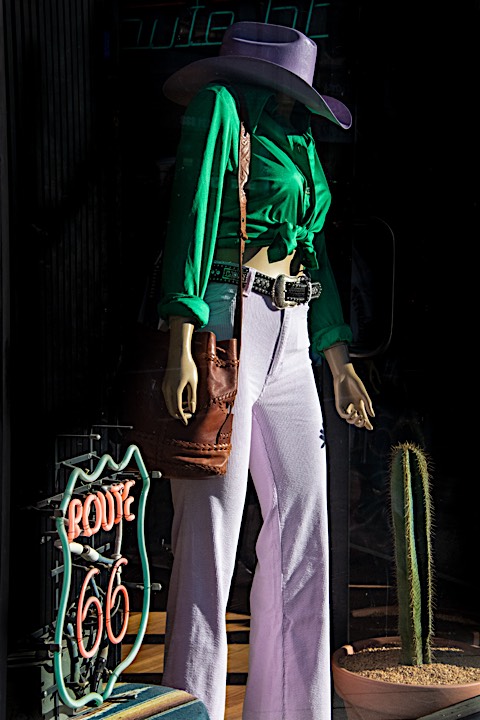 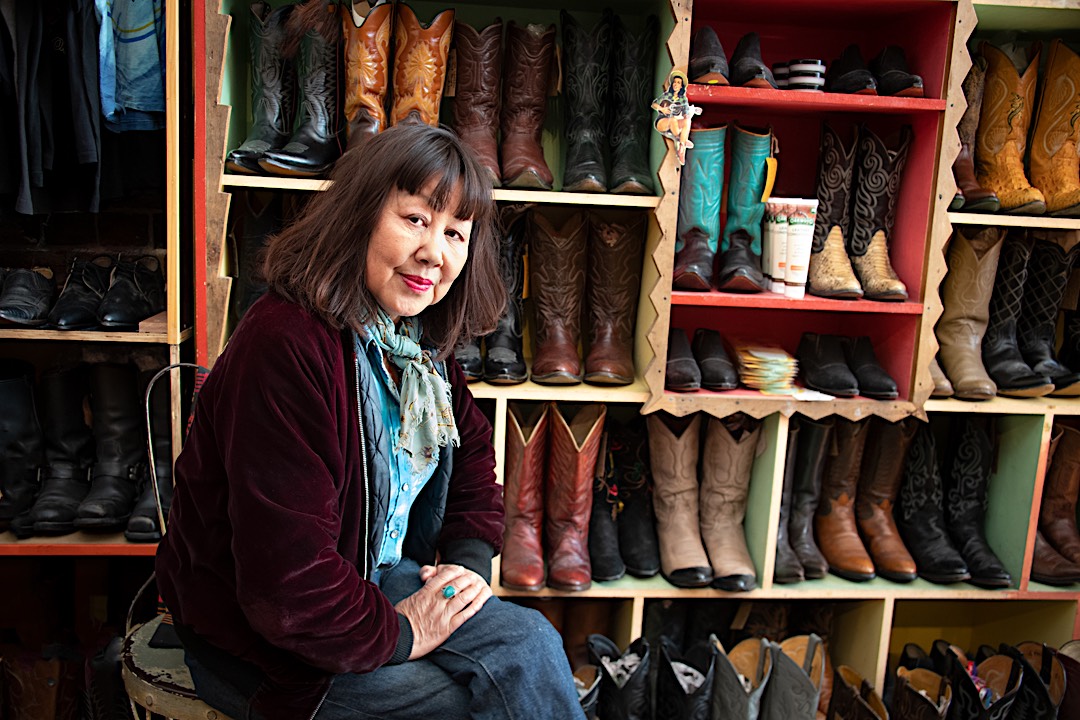 Well its hard to define …. when Ross - Tina’s ex-partner and Leroi’s father - and I were living in London, our favourite store was called the Flip Store, a tiny little store, it was full of American Vintage jackets, 50’s clothes. I said we should do something like that. We then travelled to the States and stayed a year. Ross worked on the cruise ships and I worked in Miami …. I used to find great stuff down there in the Vintage clothing stores.

We came back to Melbourne …. we both worked two jobs to save and go back to the states. We went back and bought a Chevy station wagon and started at the Rose Bowl swap meet. We got a map of all the other swap meets, so we just followed the map to all the other meets all through the south west …. we followed that and the music. A lot on Route 66 but even as far south as Mexico trying to find old stores with Dead Stock - Dead Stock is new and made in the 50’s but had never sold. We only had a small budget so stuck to buying original western shirts and gabardine jackets. But some of these places had stacks of original Levi jeans and Hanes T shirts.

We came back to Melbourne with 20 cents in our pockets. We lived in a tiny little apartment where I washed all of the jeans. In 1983 or 84 we opened our first shop 122 Greville street, Prahran, it was off Chapel street, a really funky area. Lots of university students and lots of creative young people who are now film makers and photographers and musicians. It was an interesting period. We were working all the time …. customers used to come in and Ross would say come on down for a drink on Friday nights and I’d be kicking all these drunken guys out onto the street. Years later a friend of mine said oh that was the best place to go …. When he’d come down to Melbourne from Sydney the coolest place to go was Route 66 on Greville Street. 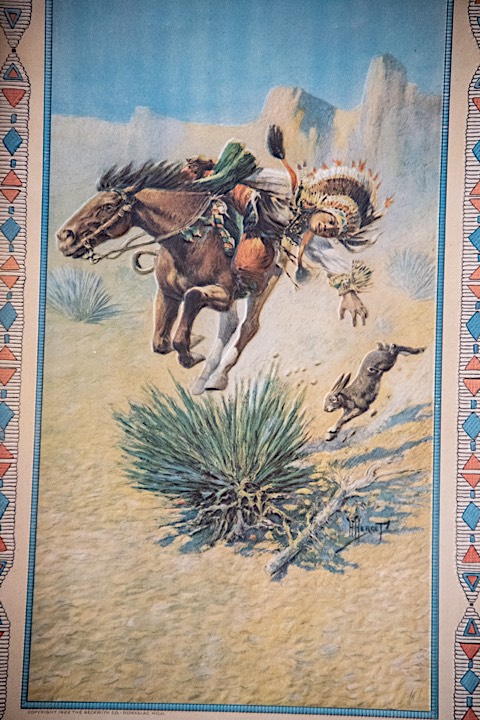 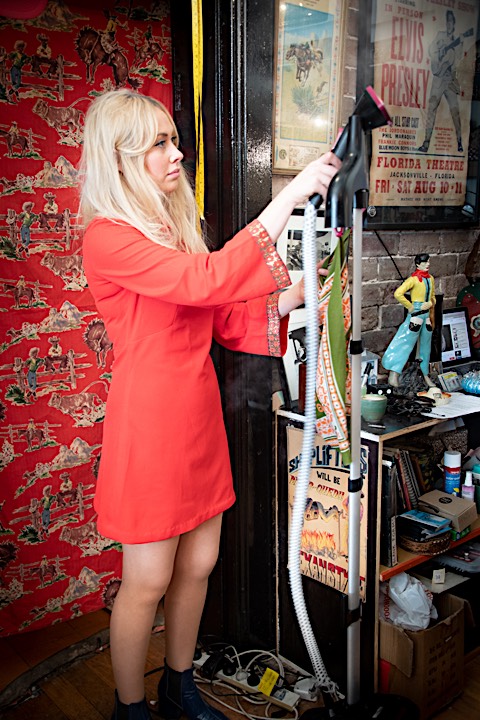 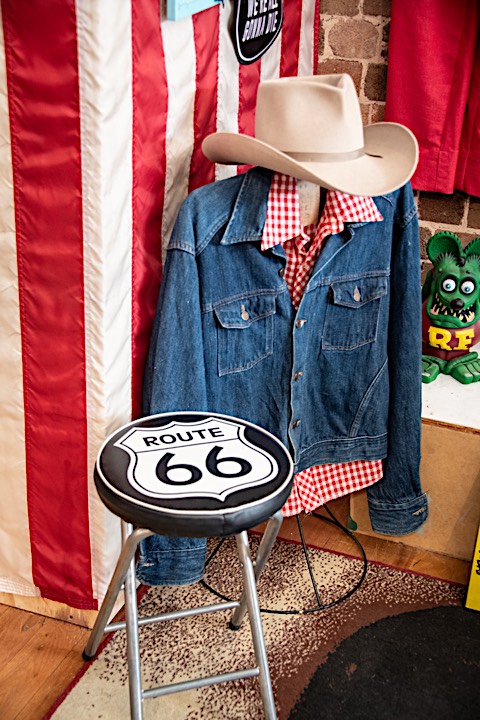 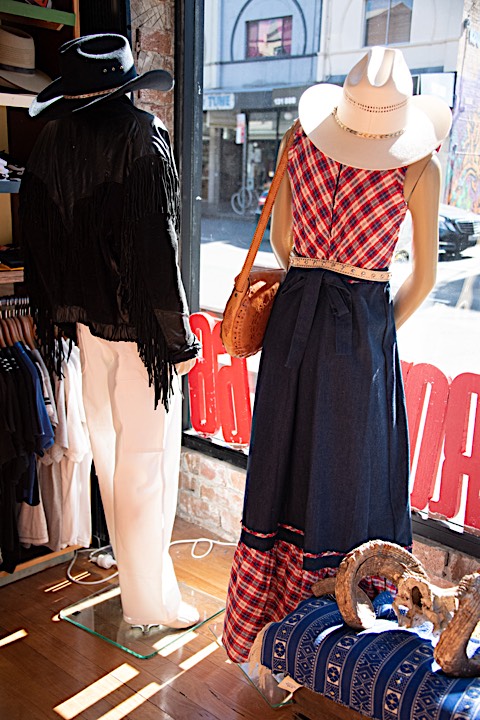 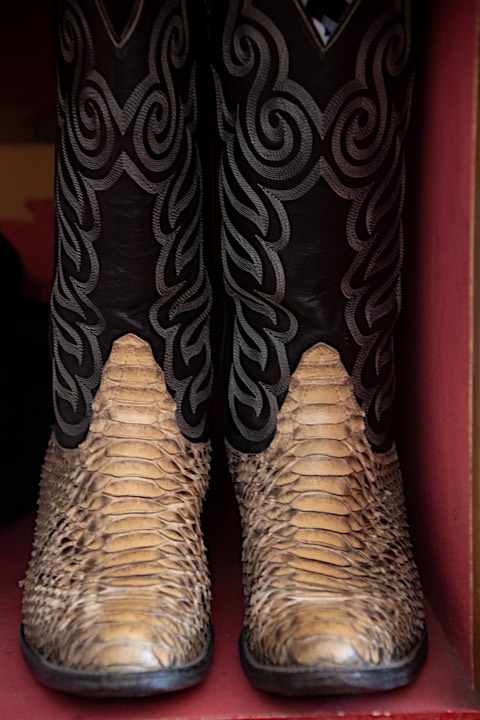 I separated from Ross, and we decided it was also time to open a store in Sydney. I was, by then a sole parent …. and have been for most of Leroi’s life. We decided we’d open a branch in Sydney. Also, I thought it would be good because all the magazines were based in Sydney.
I chose the store 257 Crown St - it was small - but because I saw the wall and I thought a mural …. at that time, it was all one-way traffic heading to the bridge, so we got great exposure. The mural is still there.

The great thing about Vintage is that not only is it recycling, but you can create your own individual style. It’s a one off, not like all the those generic clothes and styles. 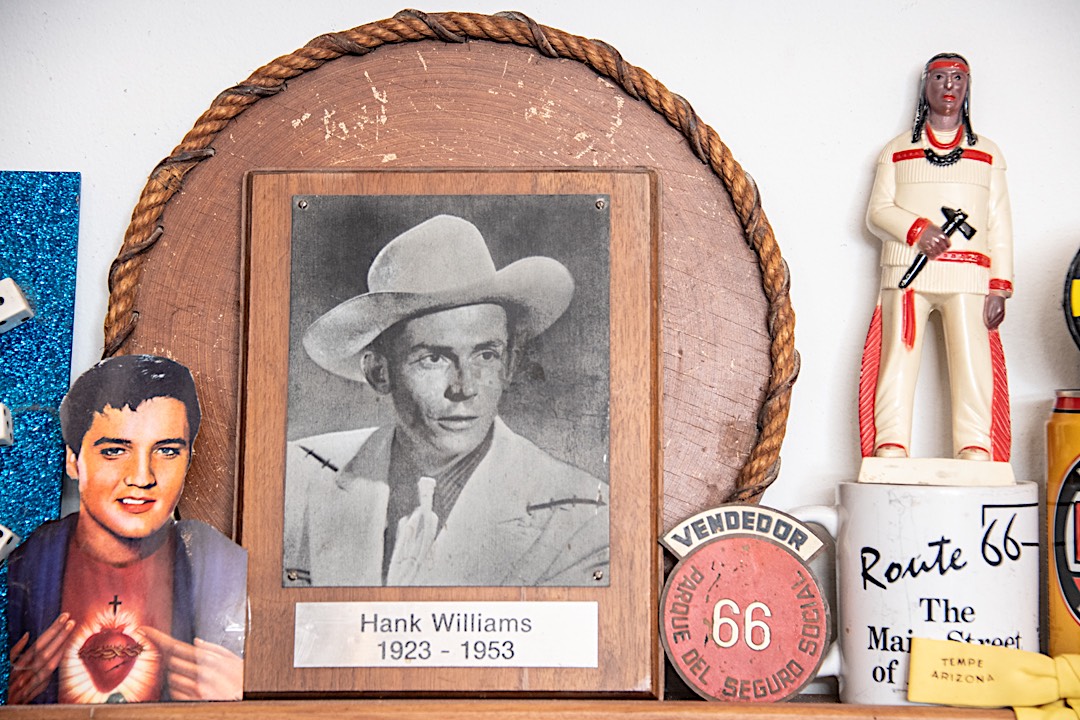 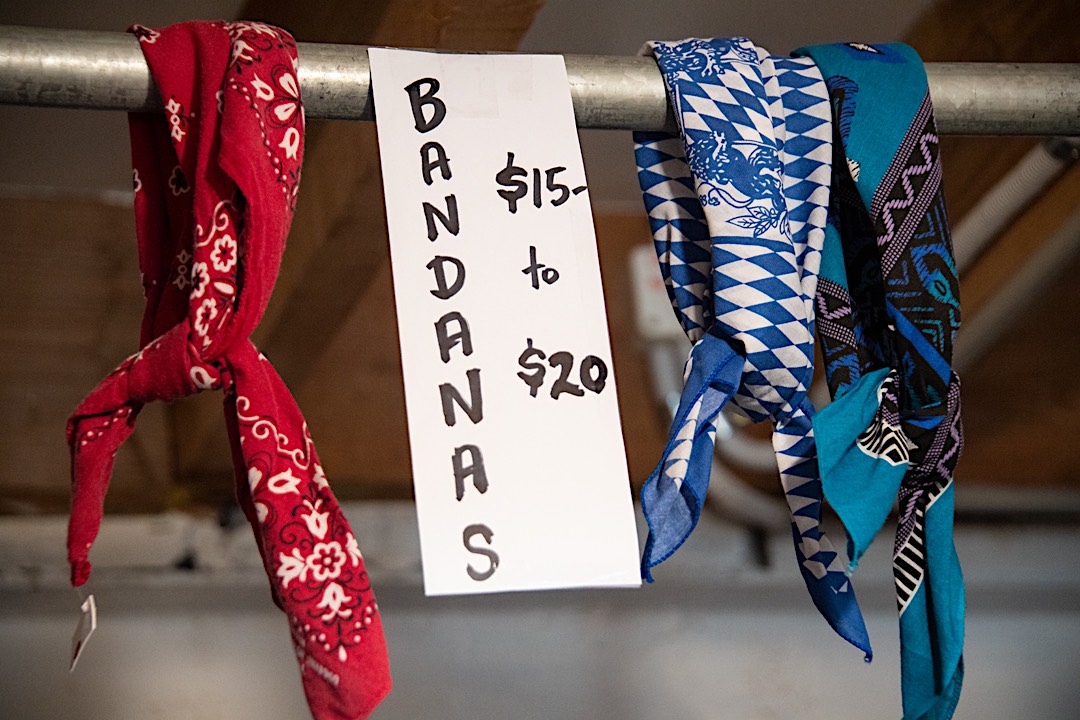 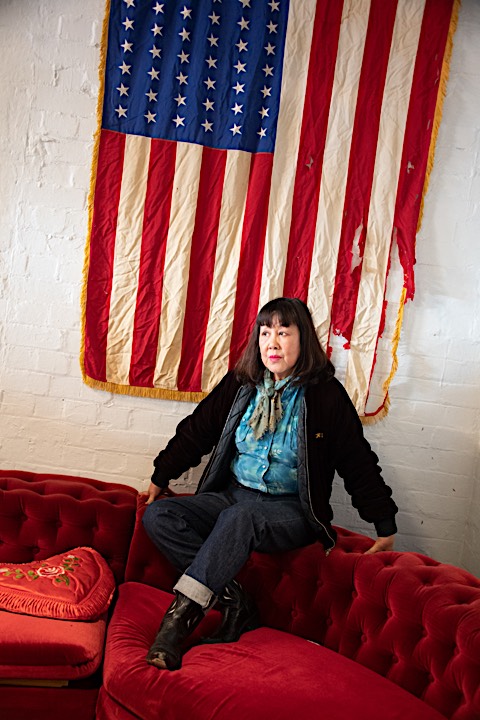 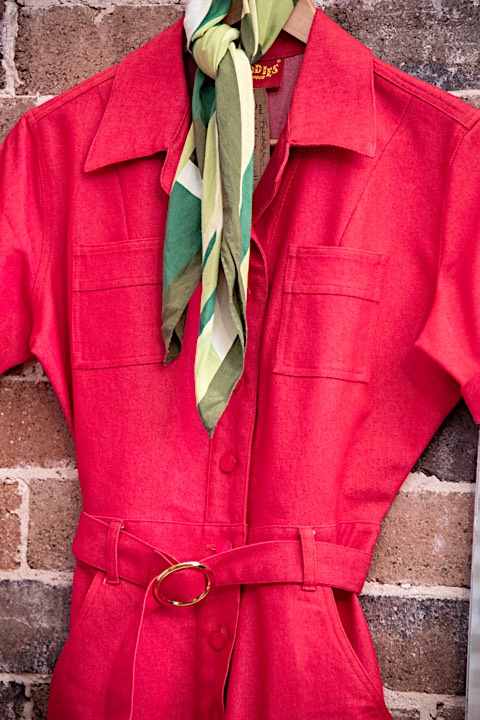 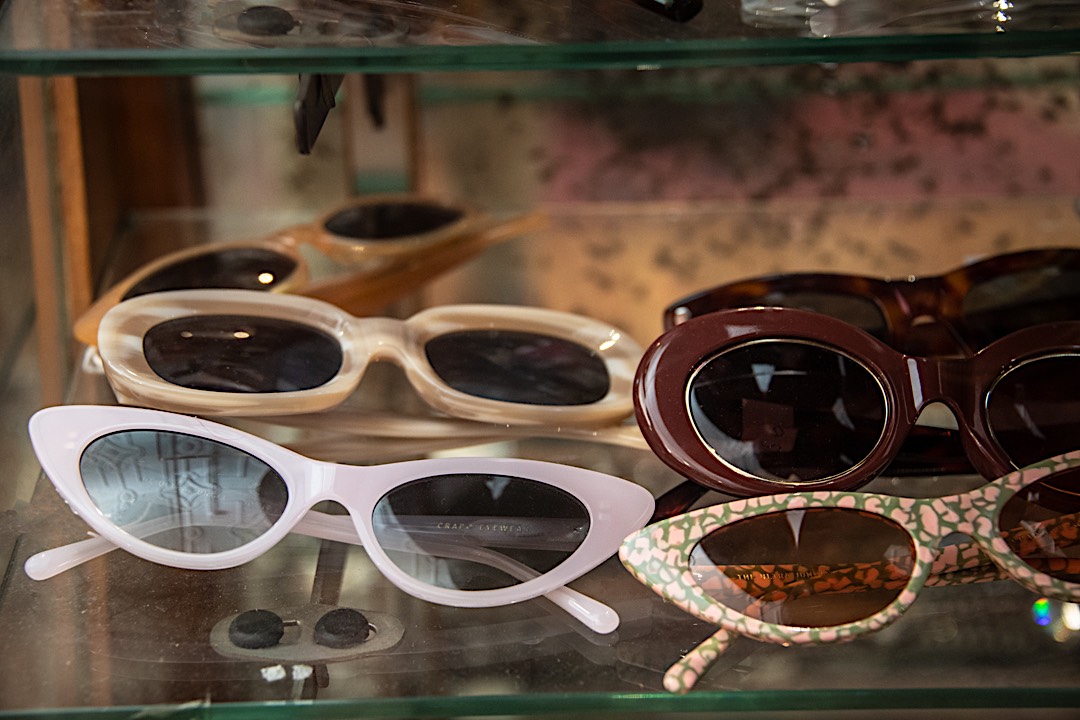 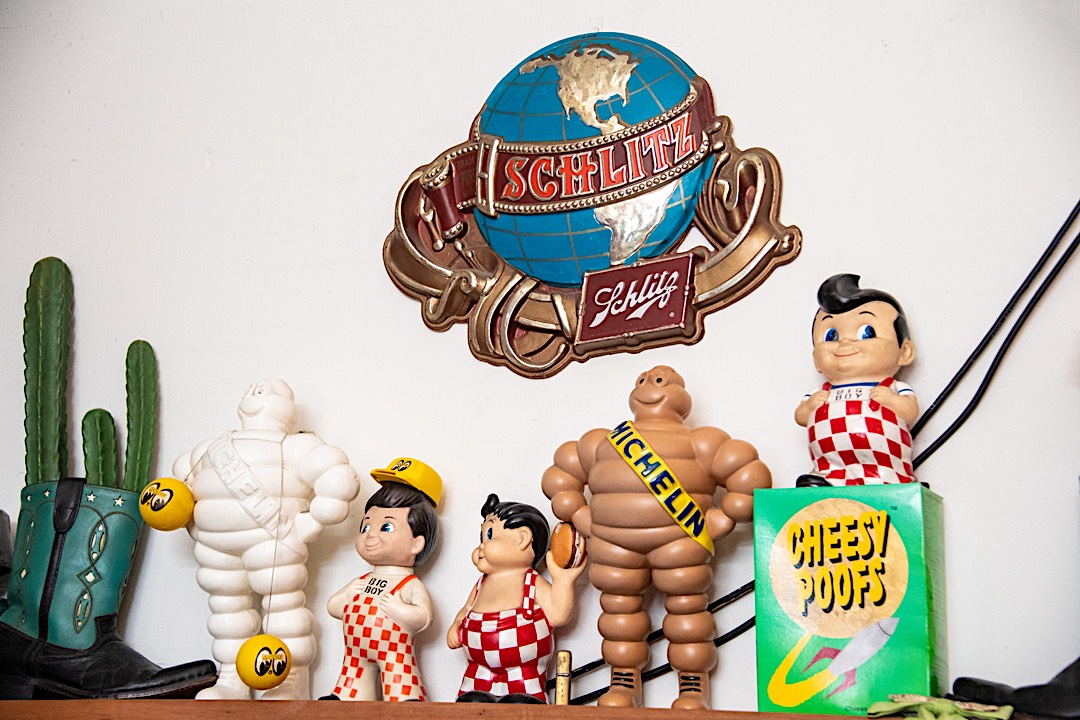