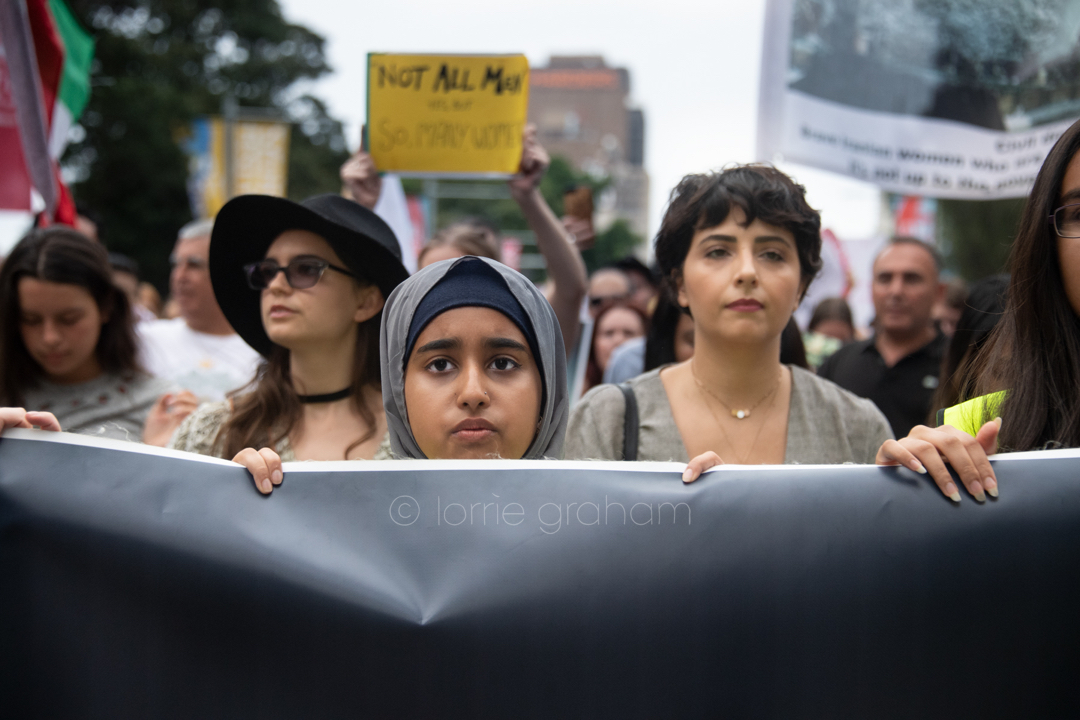 The Failure of the Feminist Industrial Complex

Charlotte Alter is a national correspondent for TIME

What is women’s empowerment in a world without Roe v. Wade?

More than 60% of American women consider themselves feminists, including 42% of Republican women. More than half of American women say they prefer to work outside the home, the highest Gallup has recorded in three decades of polling. And still, Roe fell.

How could a cornerstone of American women’s rights crumble at a moment of otherwise expansive economic, cultural, and social empowerment?

The fall of Roe exposes a crack in the foundation of mainstream liberal feminism that has dominated the past decade. This version of feminism—is it the fourth wave?—has been preoccupied with individual achievements, feel-good symbolism, and cultural representation. It has, in turn, paid too little attention to the thorny mechanics of federal courts and state legislative races. Many fourth wavers presumed that reproductive rights were basically secure, and that therefore the remaining obstacles for women were not legal or political but cultural and emotional. Every time a woman won an Oscar, or released a hit album, or got a big promotion, the refrain was the same: representation matters!

Of course it matters. Of course it should be cheered. But somewhere along the way, many in the mainstream feminist movement convinced themselves that the soft power of cultural representation seemed as important as the hard power of votes and seats. Empowerment became not a means to an end, but the end in itself. Many feminists—particularly rich, white, well-educated ones—assumed that changing hearts and minds was the difficult part. In a functioning democracy, winning seats and writing laws would inevitably follow.

But that’s not how our democracy works. Nearly 60% of Americans did not want to see Roe overturned, including more than 30% of Republicans. The number of Americans who identify as “pro-choice” reached a record high in the weeks after a leaked draft opinion showed the Supreme Court was poised to upend a half century of constitutional precedent. And yet, the course of American history doesn’t always follow public opinion. Just ask the two recent Republican Presidents who lost the popular vote, yet appointed four Supreme Court Justices who voted to overturn Roe.

Roe fell in large part because anti-abortion activists and policymakers better understood how power truly works in this country. They didn’t rely on inspiring movies or heartfelt Oscar speeches or Twitter hashtags to advance their cause. Instead, the anti-abortion movement has been extraordinarily successful at getting conservative lawmakers elected at the state level. Mitch McConnell used the hard power of the Senate majority to block a Supreme Court nomination by President Barack Obama, which in turn allowed President Donald Trump to appoint another anti-abortion Justice. Conservative judicial activists selected Dobbs v. Jackson Women’s Health as the vehicle to prompt this right-wing court to overturn Roe.

Read More: The Fight Over Abortion Has Only Just Begun.

None of that was exactly the fault of mainstream feminism, and many feminists did sound alarms about the threat to abortion rights. Local reproductive-rights groups have been organizing to protect abortion access on the state level for decades, while feminist organizations like Planned Parenthood, NARAL, and the Center for Reproductive Rights have been litigating to protect abortion rights (although some national organizations have been criticized for focusing more on national politics than state races). EMILY’s List has been working to elect pro-choice women at all levels. And now, in a post-Roe world, Democratic governors, from Gretchen Whitmer in Michigan to Kathy Hochul in New York, are the last lines of defense for abortion access in their states.

But overall, the fall of Roe signifies that liberal feminists were outmaneuvered. By focusing on empowerment and losing sight of the nuts-and-bolts of political mechanics, they failed to recognize what McConnell and his allies have known all along: only power is power.

I am as guilty of this as anybody. In 2014, I wrote a piece that now strikes me as the apotheosis of mid-aughts feminist myopia. Titled “This May Have Been the Best Year for Women Since the Dawn of Time,” the essay starts with this cringey hyperbole: “Since the dinosaurs roamed, since the pyramids were built, since the locomotive was invented, there has never been a better year for women than 2014.” I listed reasons that seemed important at the time, but look superficial in retrospect: the success of Frozen, a handful of new women CEOs, Beyoncé dancing in front of the word FEMINIST at MTV’s Video Music Awards.

Some call this thinking girlboss feminism. Others tie it to white feminism. I think of it as the Empowerment Industrial Complex. Whatever you call it, it now seems like a cheugy distraction at best.

While the Empowerment Industrial Complex spent the early 2010s debating the ever-changing contours of feminist soft power, anti-abortion Republicans were building hard power, seat by seat, state by state. In 2010, Republicans raised $30 million to gain control of 21 legislative chambers, including in many states that would go on to pass the toughest abortion restrictions.

Read More: These States Are Set to Ban Abortion if Roe v. Wade Is Overturned

While online feminists interrogated celebrities about whether they called themselves “feminists” and what “empowered” them most, conservatives were amassing the raw power to pass trigger laws in 13 states. While progressive nonprofits threw galas celebrating female inspiration, brands spent millions on body-positive ad campaigns, and celebrities partnered with NGOs to promote “women’s empowerment,” the state and local organizations fighting to protect reproductive rights—many of them led by women of color—got too little funding and attention.

While the left tallied the number of women nominated for Oscars and which top-grossing movies passed the Bechdel test, savvy Republican operatives were carefully building a pipeline of conservative judges with immaculate résumés in anticipation of future Supreme Court vacancies. 2014, the year I dubbed the best ever for women, was also the year in which Republicans won the Senate, putting McConnell in position to block Obama’s nomination of Merrick Garland to the high court.

“The failure of folks to pick up the shovel and fight this on the state level is why we’re in the position that we’re in right now,” says Nsé Ufot, executive director of the New Georgia Project, a nonpartisan civic-engagement organization devoted to building the power of voters of color in Georgia. “I see that as a failure of the large influencers and culture makers and popular feminists to really flank state-level activists.”

It’s not that cultural representation is unimportant. It’s just not enough—not even close. “Representation is important but not sufficient,” says Amanda Litman, co–executive director of Run for Something, which recruits and trains young progressives to run for state and local offices. Gender representation doesn’t always align neatly with feminist advancement. Neither the first woman Vice President nor the first woman Speaker of the House has the power to change the makeup of the Supreme Court or save the constitutional right to an abortion. Of the record 147 women in Congress, 41 are Republicans, many of them anti-abortion. All the major national anti-abortion organizations are run by women. For the first time in history, four women serve on the Supreme Court at the same time—and Justice Amy Coney Barrett was key to sealing the demise of Roe. More white women voted for Trump than for Hillary Clinton in the 2016 election. This too was representation. This too mattered.

The Trump presidency exposed the faulty arithmetic at the heart of the Empowerment Industrial Complex. The rallying cries of empowerment politics convinced many that seeing and being were inextricably linked, as if obstacles like wealth inequality, structural racism, and voter suppression could be overcome by enough feminist inspo.

Read More: Anti-Abortion Pregnancy Centers Are Collecting Troves of Data That Could Be Weaponized Against Women

Now that Roe has fallen, it’s clear that women have bigger problems than representation. In a post-Roe world, many women’s lives will be defined by new laws in their states restricting their bodily autonomy—not by someone’s empowering speech at the Grammys. When you are forced to deliver children you didn’t want to have and can’t afford to raise, you may not care whether you see yourself reflected in the latest superhero blockbuster.

“It was a boiling-frog situation,” says Meaghan Winter, author of All Politics Is Local. “People didn’t realize how bad it was until it was too late.”

And so, despite everything women have achieved over the past half century, Roe fell. Now it’s up to the feminist movement to regroup and recalibrate. Inspirational narratives are great, so long as they inspire people toward building real political power. Abortion rights can still be saved, but only if feminists focus their energy on electing allies at the state and local level. In a post-Roe America, that’s the kind of representation that matters most.

With reporting by Mariah Espada and Julia Zorthian