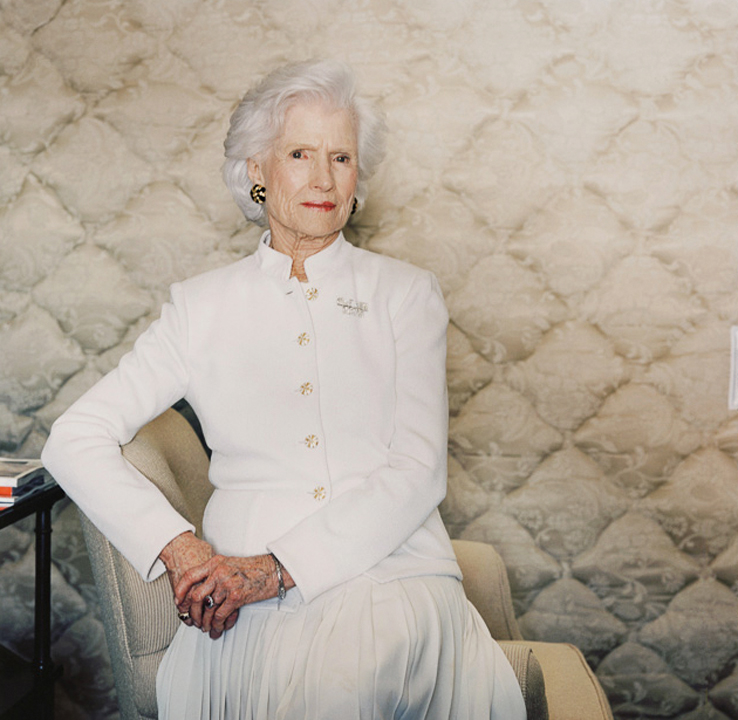 A lot has been written about Meagan McCain daughter of the late Senator John McCain I’m more interested in his mother Roberta, at 106 she displays the sort of spirit we should all aspire to. She loves to drive fast, when told she was too old to hire a car while on holiday in Europe, bought one.

Roberta McCain eloped with a 20-year-old ensign in Tijuana, welcomed home admirals and sent them off to sea again, and raised mavericks. Now she looks back on private life in a family with one of America’s most impressive records of public service.

“One, and only one, line of nonsense appears in the U.S. Constitution: “No Title of Nobility shall be granted by the United States.” Roberta McCain is the widow of four-star admiral John S. “Jack” McCain Jr., daughter-in-law of four-star admiral John S. “Slew” McCain Sr., mother of Senator John S. McCain III, and grandmother of Navy helicopter pilot John S. McCain, fourth in a row of the same name to graduate from the United States Naval Academy. And she is 100 years ol.d

If “Mrs. McCain” isn’t a Title of Nobility, there’s no such thing.

Not that going to lunch at Mrs. McCain’s Washington apartment is like being received at court. Anything but — Queen Elizabeth’s first words are generally not “Does anyone want a drink?” and “May I hold the baby?” I’d tagged along with friends who’d brought their two-month-old daughter, who is 100 years and two weeks younger than Mrs. McCain and named Roberta in her honour.

Mrs. McCain’s infant namesake was charmed by the firm support and sensible attention that has been shown to generations of determined, outspoken, and adventurous McCain kith and kin. “Oh, leave her here!” said Mrs. McCain. Little Roberta smiled and snuggled. “But you have to take her back when she starts to walk.”

Picture a toddler loose in a home decorated with the memorabilia of score upon score of foreign postings dating back to Ensign Slew McCain’s tour of duty on Teddy Roosevelt’s Great White Fleet.

“Mother may have had enough of us wandering all over creation,” said Joe McCain, journalist, Vietnam veteran, POW activist, and the senator’s younger brother.

Mrs. McCain demurred. “I never worried about any of my children. I just got the enjoyment out of them.”

Mrs. McCain may have been using children in the broadest sense. She was 19, hardly more than a child herself, when she was wooed by 20-year-old Ensign Jack McCain. Her mother had hoped for someone more glamorous than a sailor, so Roberta Wright and Jack eloped. They were married in the Long Bar in Tijuana on January 21, 1933. Captain Slew McCain, a great presence in the lives of both his son and his daughter-in-law, left his ship on short notice to stand up for them at their wedding. Despite the approval of his father, Ensign McCain spent 30 days confined to his ship for neglecting to ask his own captain for permission to marry.