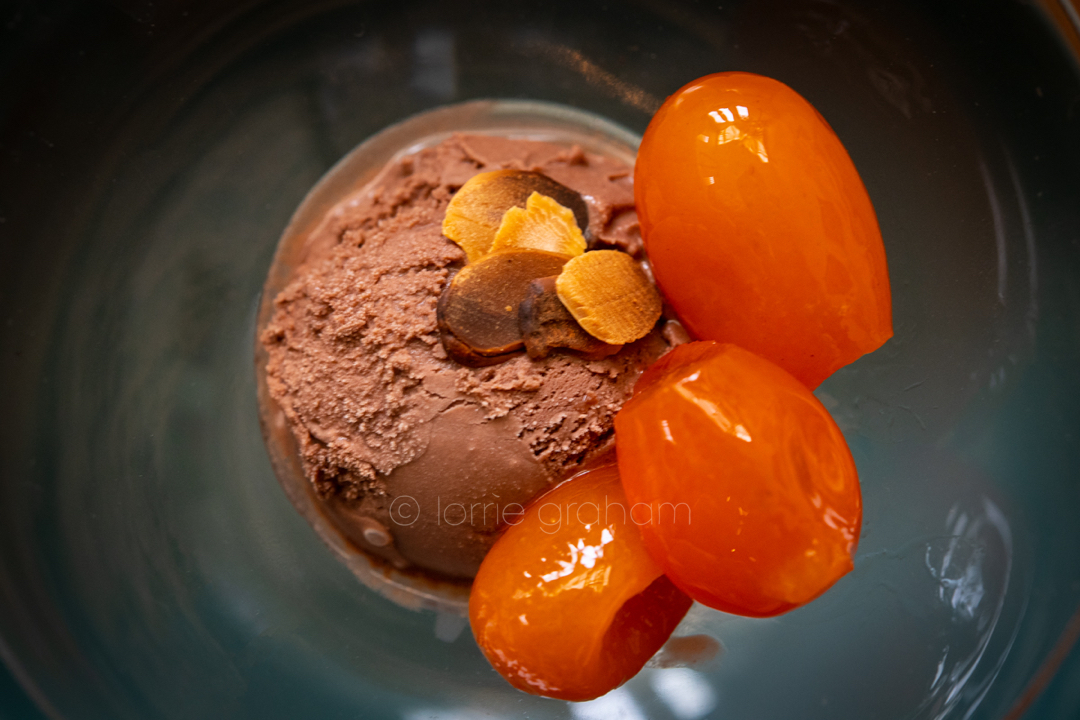 I was introduced to the Candied Cumquat by Alison Chamberlain, it is now too late to unforget the experience. This is a fiddly process but the precious jewels at the end of the cook are well worth the effort …. One warning, be vigilant do not take your eyes off the Cumquat!
This is a repost, I have just spotted my first cumquats of the season at the Cherry Moon General Store in Annandale. Run don’t walk

Serve preserved Cumquats alongside coffee or desserts, or in the bottom of a glass of champagne. They are also amazing dipped in melted chocolate.

Ingredients Steps
Ingredients
4 to 5 cups whole Cumquat fruits (about 65 kumquats)
1 1/2 cups sugar
3/4 cup water
1 cinnamon stick
2 whole cardamom pods
1 whole clove
Steps to Make It
Wash the Cumquat fruits. Use a paring knife to slice a thin sliver off of the stem end of each fruit (that’s the end with the whitish round dent).

Pierce each Cumquat twice with a toothpick.

Put the prepared Cumquats into a pot and add just enough water to cover them. Bring the kumquats and water to a boil over high heat. Boil for 2 minutes. Drain in a colander.

Return the Cumquats to the pot and again cover them with water. Once again place the pot over high heat and boil the fruit for 2 minutes before draining. Repeat the whole procedure for a total of three 2-minute boils.

After the Cumquats have drained in the colander for the third time, return them to the pot. Add the sugar, water, cinnamon stick, cardamom pods, and clove. Cook over medium heat, stirring ​constantly, until the sugar has completely dissolved.

Raise the heat to high and bring the ingredients to a full boil. Reduce the heat so that the mixture is gently simmering and cook for 30 minutes more. There should be bubbles steadily rising to the surface of the liquid, but the fruits should not be vigorously bouncing into each other.

Remove the pot from the heat. Spoon the Cumquats into clean canning jars (it is not necessary to sterilize the jars for this recipe because they will be processed for a full 10 minutes). Leave 1 inch of head space.

Once you’ve transferred all of the fruit to the jars, spoon the syrup from the pot over the fruit. The Cumquats should be completely covered by the syrup, but there should still be at least half an inch of head space between the surface of the food and the rims of the jars.

Wipe the rims of the jars clean with a moist cloth or paper towel. Screw on the canning lids and process in a boiling water bath for 10 minutes.