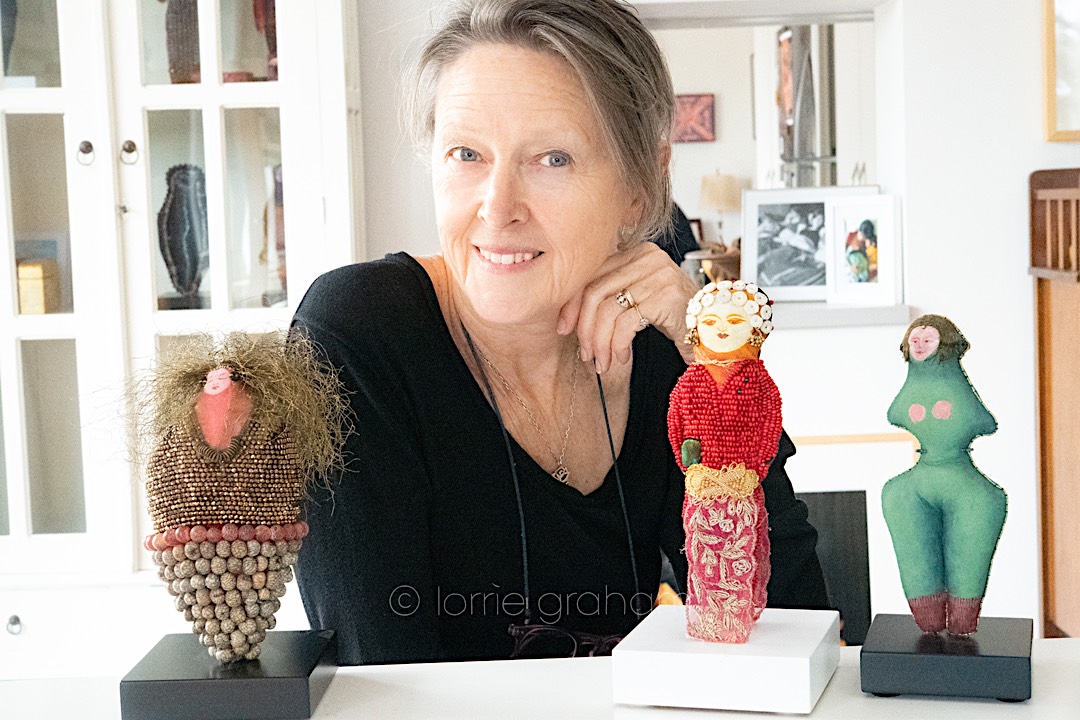 Meet my friend Merilee Bennett, an artist, and learn about her work The Goddesses. Merilee is one of the most creative women I know. We had a lovely catch up on our recent road trip to Melbourne and I got to meet some of the Goddesses.

What do you call the dolls?

MB: I call them my goddesses. I started with the menopause doll. I wanted to make something to mark going through Menopause and I thought I’d make a doll because they are fascinating, and I fell in love with the process. The beading, the stitching – it’s a bit ancestral – my mum made all our clothes, and I have memories of her stitching in the evenings, as I do now. 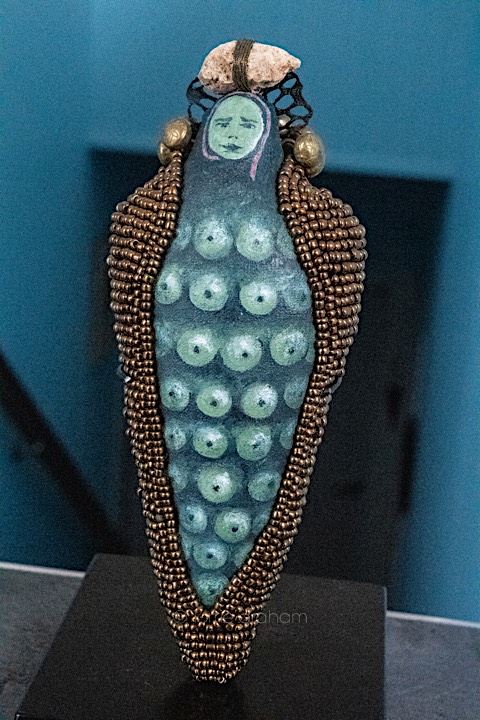 So, the stitching is something I love, but the project really jelled lying in bed one night – there was something that had happened in the world and it set me off on a real feeling of despair, I had a very heavy heart. I thought, what can I do, what’s my part in the puzzle of how to get through all of this. I had seen images of the Cave of a thousand Buddas, in Laos or Cambodia, where there were hundreds of little standing buddas all cast out of bronze in a cave that has been carved out for all of these little niches. Different sizes but the basic form of the standing budda.

There is something very powerful about duplicating that form. I was thinking about the work I was doing with these Goddess dolls and I was thinking about the state of the world, and to me, one of the things we have lost is the sense of the sacred. The sacred of the feminine, the sacred earth, the sacred in nature. We love nature but taking it to the depths of recognizing the sacred – that’s mostly lacking in our culture. It’s recognised and respected in indigenous cultures around the world. I certainly don’t dwell in that consciousness, but I touch on it often enough to sustain me. It’s incredibly important. That is where the work is coming from. So I was lying in bed that night thinking about the cave of the thousand buddas and I thought - I want to create the cave of a thousand goddesses. 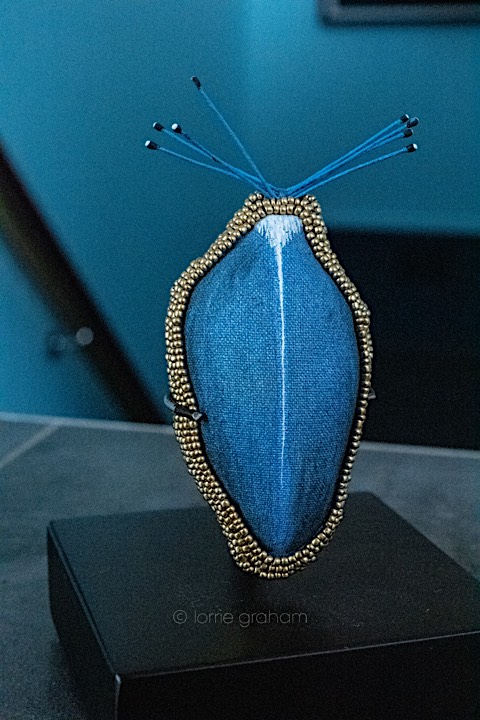 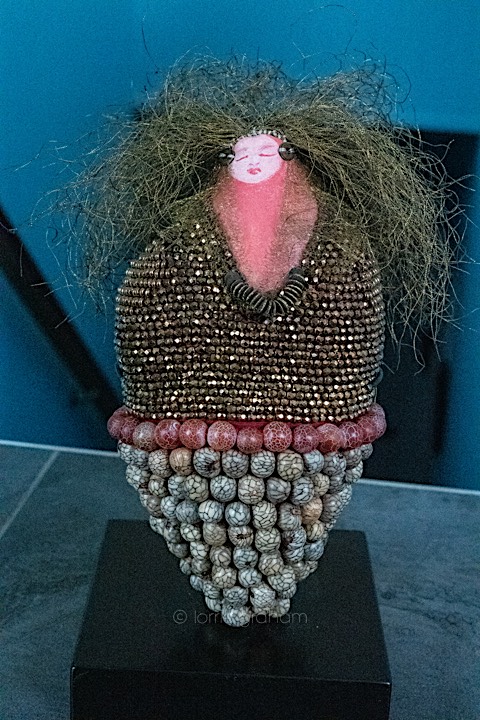 They are pretty labour intensive and so I was lying there thinking well that’s going to take me a life time … but basically, I want to make as many as I possibly can. I want to exhibit, but I don’t want to sell them. I want them to grow into a big collection and my dream, the vision is to exhibit dozens of them in a space where it feels like you are walking into a temple. That might take me another 15 or 20 years. In the meantime I am exhibiting them because I want to be out there in the kind of conversations that I have when I show this work – I love sitting in a gallery and talking to people about what it means to me and what it means to other people. What is this feeling of the sacred, and where do people find it? 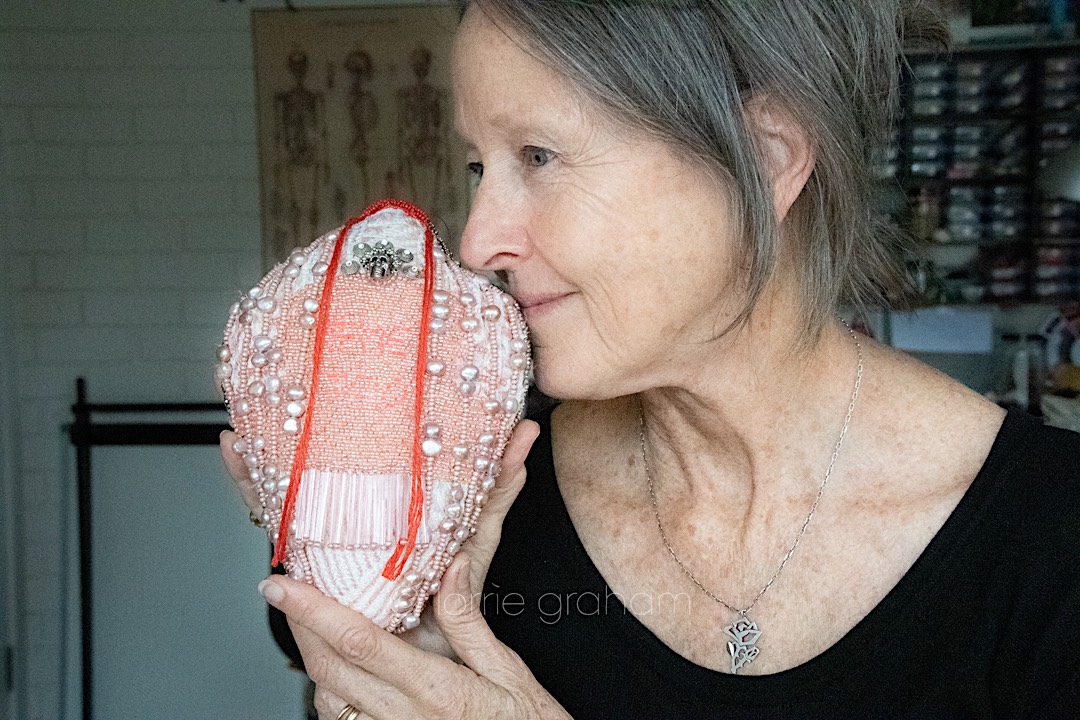 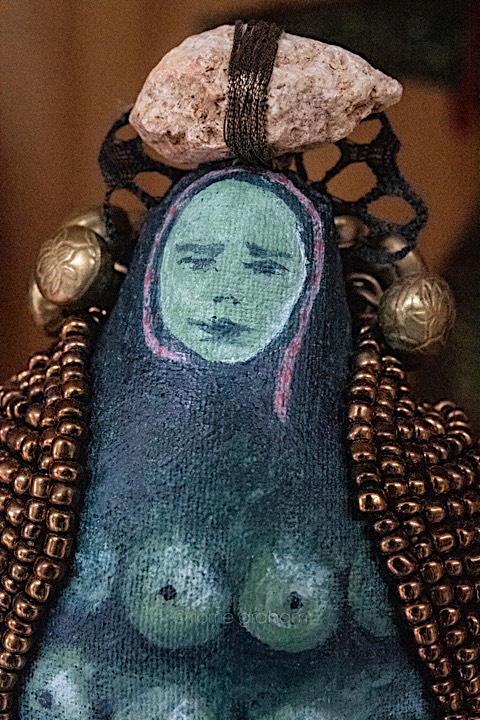 The reason I asked you to photograph the blue one, is because she’s my Death Companion. I made her when a very dear friend was in the last stages of her life. I took the doll into the hospital to show her what I was working on, and she kept her in the hospital with her …. wrapped up under the sheet. She loved her. I would not have called her the Death Companion but for my friend’s response.

Some are inspired by nature and some by particular antiquities. And some come very intuitively. Sometimes they are planned and visualised from the start, but the detail of the face is always the last thing that comes after I’ve done all the beading. The faces are often the most surprising and I see them and think - oh there you are! 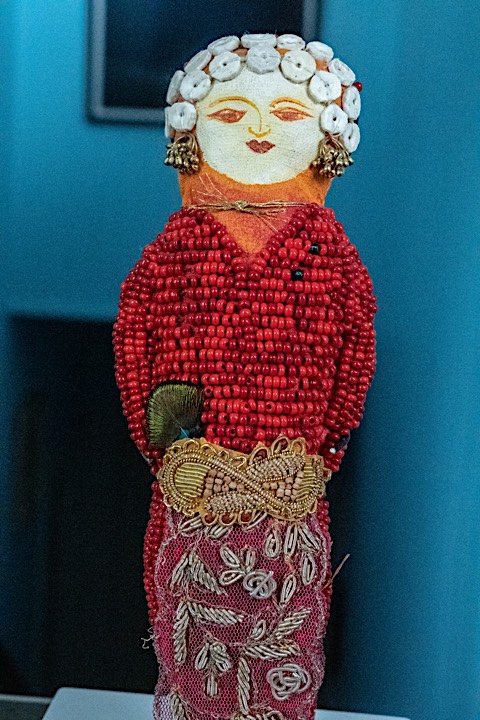 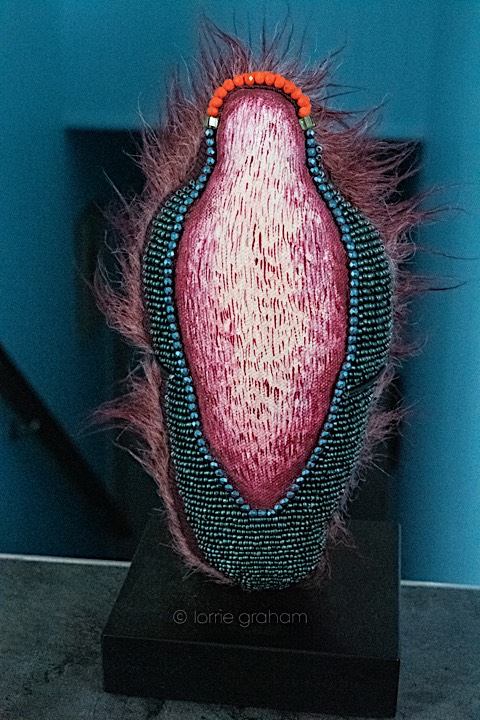