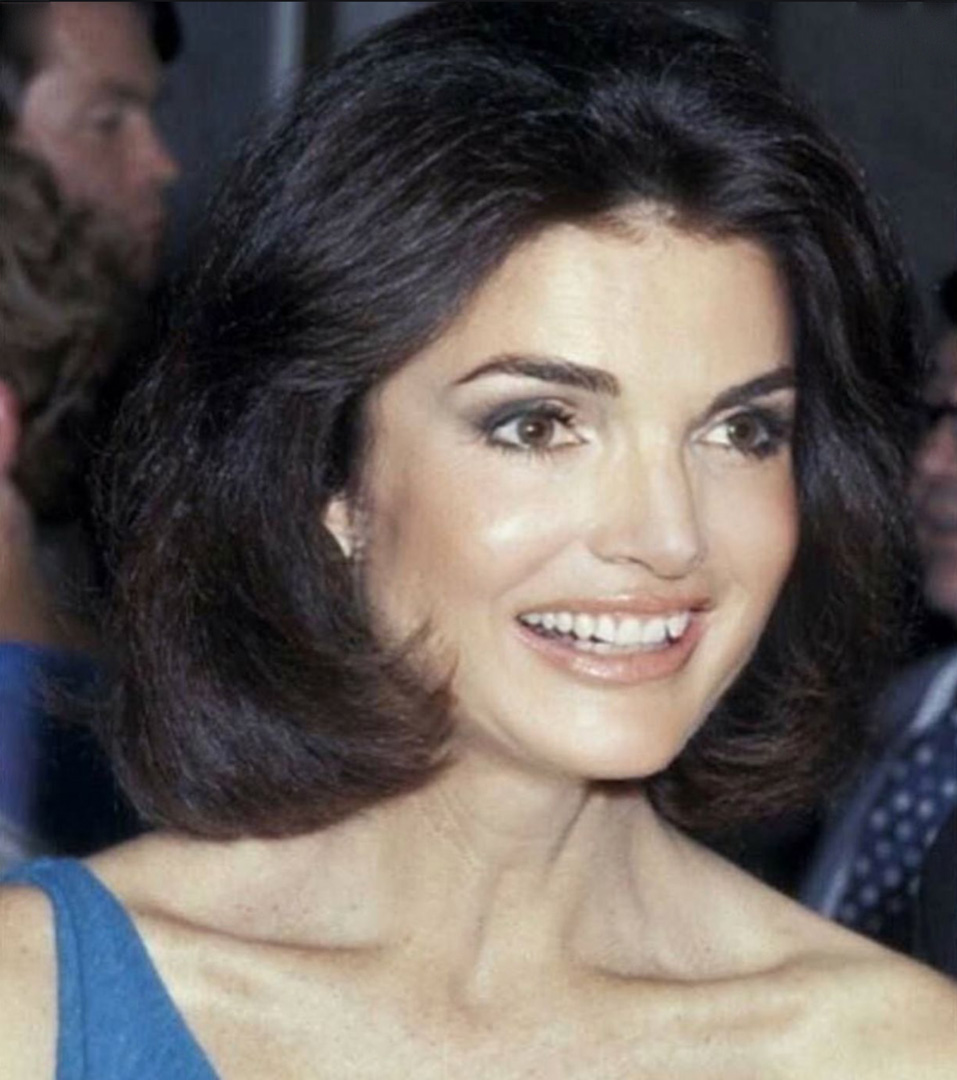 In the 1980's my friend Colleen Ryan and I had a love affair with the skin product Erno Lazlo. I'm not too sure how we got hooked, I'm blaming Annie Hall, Diane Keaton used Erno's famous black soap in the film. We spent soooo much money on these products we probably could have a portfolio of investments properties by now, obviously our skin came first.

What does Jacki O have to do with this....WELL...my dear friend (young) Victoria Roberts sent me this fascinating article about Jacki O and Dr. Erno Lazlo.

Jacki O was a bit closer to him than Col and I. She had a one on one consultation with our skin guru Dr. Erno here's what we found out about what Jacki ate and how she liked to exercise or to be honest, not. Also it was such a comfort to read that some of the other devotees included Patty Duke 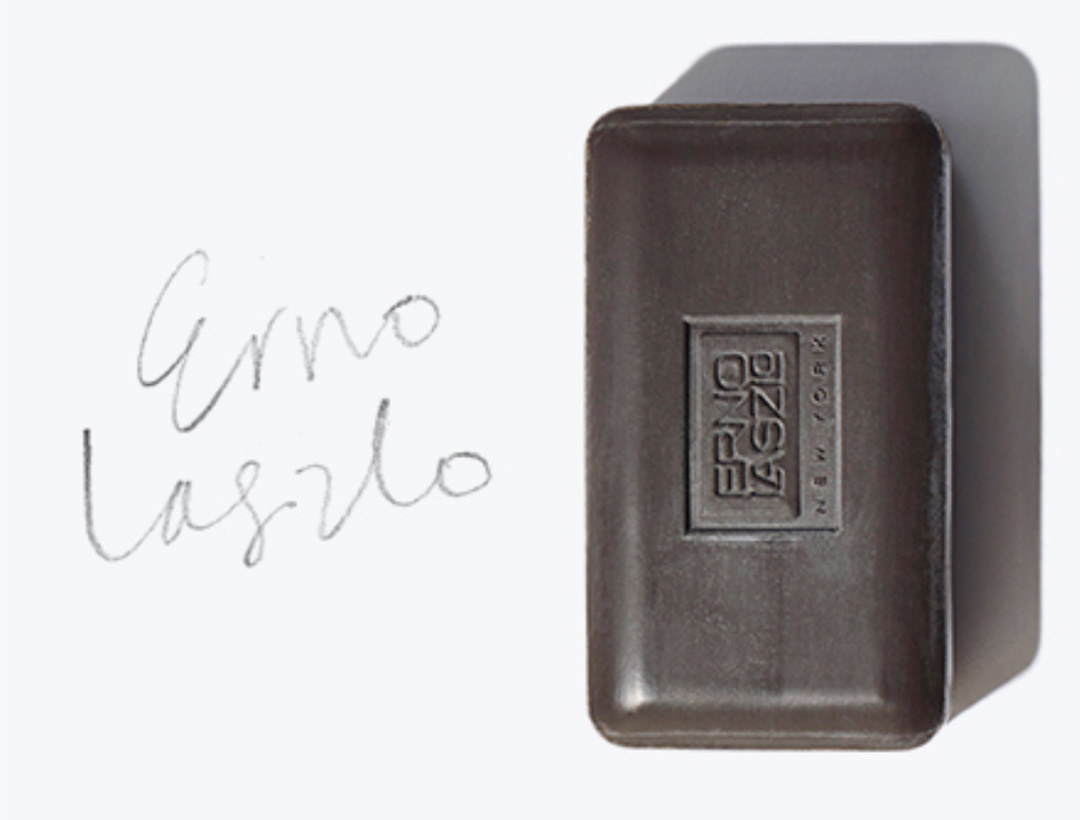 Here is the article .... thank you dear Vic

Jacqueline Kennedy did not like walking for exercise — it bored her. But while she couldn’t walk in Washington, and was afraid of varicose veins, she promised her dermatologist she would “walk on the golf course in Cape Cod.”

These tidbits and more are included in the archived May 1, 1963 notes of the late dermatologist Erno Laszlo of a consultation he had with Kennedy.

And she didn’t like sweet things. “I eat an apple once in a while when I have lunch with the kids.”

Her daily diet? Breakfast was two boiled eggs and Hollywood toast with honey, tea and skim milk. Lunch was broiled beef, cottage cheese “or something of the like,” and skim milk. Dinner was meat and “water cress salad or whatever vegetable there is.”

Laszlo encouraged Kennedy to eat fish “no matter what kind, or how.”

The beauty secrets of the famous are seldom revealed, but Laszlo’s notes provide a rare insight into what Kennedy’s routine might have looked like during the summer.

“Drink champagne,” Laszlo’s diet instructions for Kennedy read. “That is about the only thing she drinks.”

His consultation with Kennedy details her summer skincare routine as well as diet and exercise. While heading into summer, the order breaks down specific guidelines for the Kennedys’ last vacation in Cape Cod, months before President John F. Kennedy’s assassination in November that year.

“She said she will stay out of the sun while on the Cape and always will wear a hat,” the notes say. However, Laszlo said wearing a hat isn’t necessary because the sun is good for her and if any brown spots appear he can “make them fade in the fall.”

For President John F. Kennedy, Laszlo suggested using the Active version of the Erno Laszlo Phelityl Oil (a variation which has since been discontinued) before bathing and a bronzing oil when under the sun. After bathing, the dermatologist suggested the Erno Laszlo Light Controlling Lotion (a gentle exfoliating toner).

“Mrs. K said she was not sure whether he would do all this,” the notes say. “However, if it gets really bad she thinks he would, but she will speak to him anyway.”

The first couple were frequent visitors to Palm Beach where the family had an estate on the ocean. The family sold the estate in 1995.

Laszlo instructs the former first lady to avoid heavy moisturizers and oils on her face over the summer.

For mornings and evenings, the first lady was instructed to use Erno Laszlo Light Controlling Lotion and Erno Laszlo Phelityl Oil (a pre-cleansing oil). Laszlo also recommends massaging the Phelityl Oil into her arms and legs.

As his reputation grew, so did his client list. Marilyn Monroe, Audrey Hepburn, Marjorie Merriweather Post, the Duchess of Windsor, Greta Garbo and Doris Duke were among his clients.

The never-before-seen doctor transcripts were released thanks to a partnership between the Dr. Erno Laszlo Institute and the Makeup Museum in New York City.

The institute loaned a few of its artifacts to the museum including Kennedy’s and Monroe’s skin care prescriptions.

In Monroe’s transcript, the skincare instructions are more precise, and there are some details on her diet.

Monroe was instructed to avoid nuts, chocolate, olives, oysters and clams, and skincare instructions varied by time of day with special guidelines for “formal occasions.”

In the morning, Monroe used the Erno Lazlo Active Phelityl Soap rinsed with warm water. Then, she applied the Erno Laszlo Normalizer Shake-It with a piece of cotton filled with product “to the dripping point,” while avoiding the eye area.

For the eyes, Monroe used the Erno Laszlo pHelitone Eye Cream. On her face and neck, the Duo-Phase Face Powder. Both have been discontinued.

At night, she was instructed to use an oil cleanse, rinse face and dry with towel. Next, she used the Erno Laszlo Active Phelityl Cream on her entire face, then washed off with a well-shaken Erno Laszlo Controlling Lotion toner on a piece of cotton saturated in product. Then, she had to dry her skin with a clean towel before re-applying the Controlling Lotion to the nose and chin.

Recently, Erno Laszlo re-launched a discontinued product in honor of the brand’s partnership with the Makeup Museum. The Shake-It, a tinted toner treatment with the same formula used by Monroe and Garbo, was re-released for $49.

The museum was scheduled to open to the public this month but that was postponed because of the coronavirus pandemic. Meanwhile, it’s providing a sneak peek of its artifacts on exhibition.

“We love looking back and being inspired by our rich heritage as we move forward,” Kristy Watson, chief marketing officer at Erno Laszlo, said in a press release. “Erno Laszlo was founded by the world’s first skin doctor and we’re often associated with cultural icons like Marilyn Monroe and Audrey Hepburn, both of them his clients during the 1950s. We are delighted to be partnering with the Makeup Museum to share our rich history with beauty enthusiasts from all over the world.”