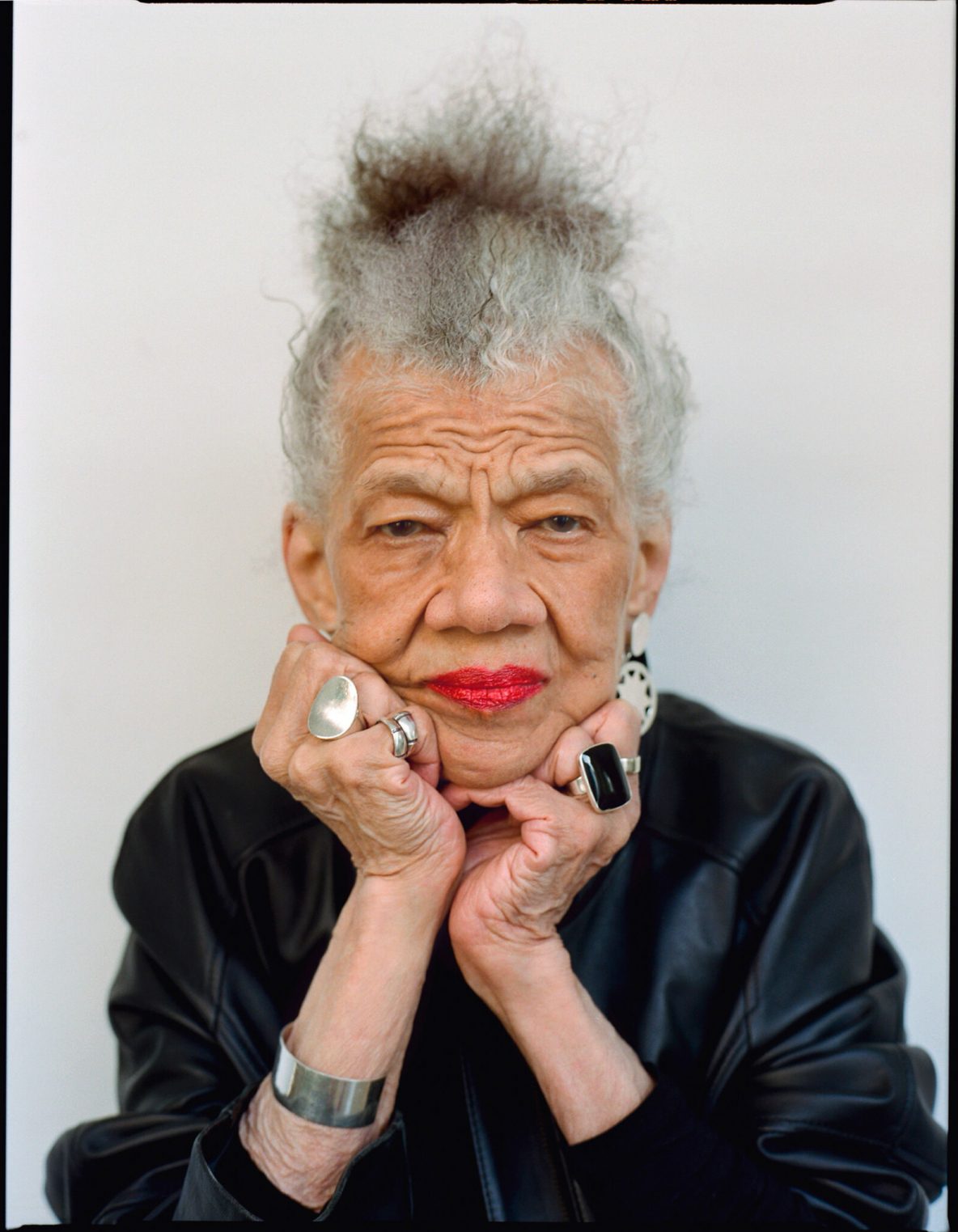 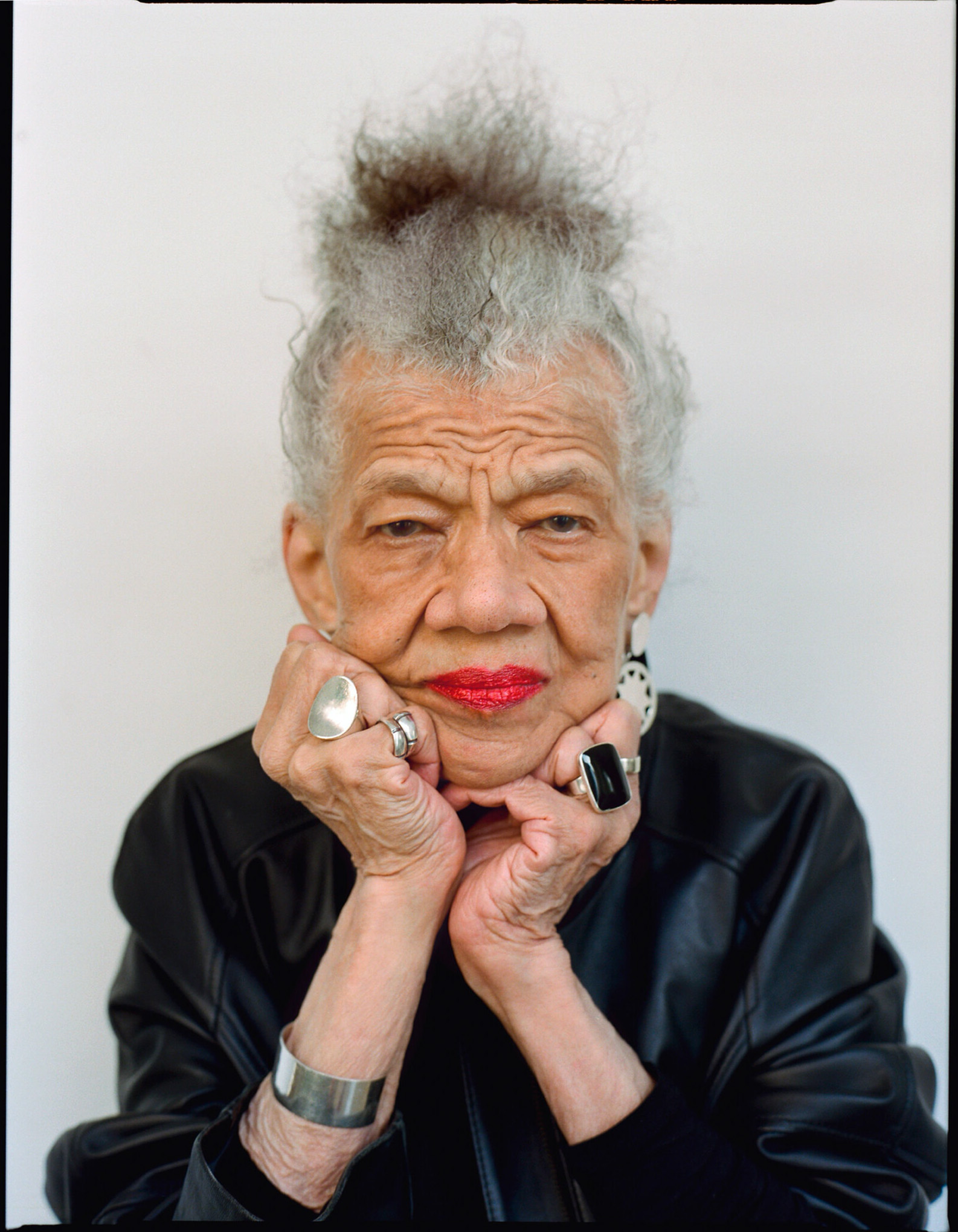 At 86 Lorraine O'Grady, the pioneering conceptual artist isn’t done yet. She’s getting her first retrospective ever, at the Brooklyn Museum.

Had her life been more conventional, Lorraine O’Grady would have been, that Thursday in June 1980, at Wellesley College for her 25th class reunion. Instead, she was donning a dress hand-stitched from 180 pairs of white gloves — accessorized with a tiara, sash and cat-o’-nine-tails — and heading to the gallery Just Above Midtown, to carry out a guerrilla-theater intervention. O’Grady, a daughter of Jamaican immigrants in Boston, had a picaresque itinerary already.

An economics graduate, she had worked for the Labor and State Departments, including as an intelligence analyst in the period leading up to the Cuban Missile Crisis; attempted a novel in Europe; dropped out of the Iowa Writers’ Workshop; run a translation agency in Chicago; been a New York rock critic. Two marriages, both brief, were over. Now, at 45, she was taking her decisive turn — as an artist. Just Above Midtown was a hub of the Black avant-garde. O’Grady had turned up a few months earlier, presenting herself as a writer, volunteering for office tasks. But now, in character as “Mlle Bourgeoise Noire,” she had a message. 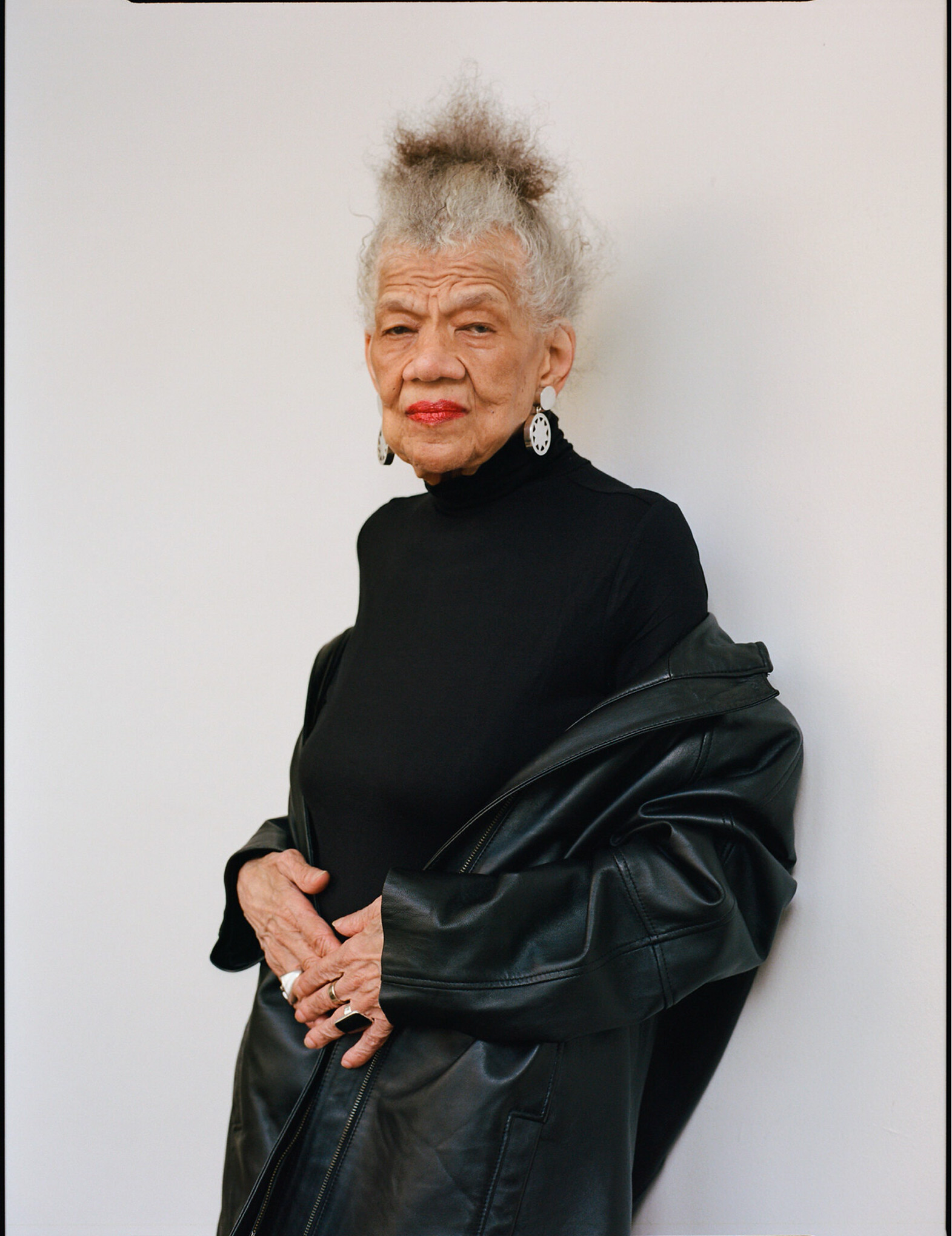 The plumage of white gloves symbolized the repressed psychology of the Black middle class, consumed with respectability. The whip represented the history of external violence that conditioned it. Her critique was that Black artists should scrutinize their own privileges.

Barging into the venue, she handed out flowers, then proceeded to flail herself with the whip, declaiming a poem. It concluded with the shout: “Black Art Must Take More Risks!” The next year, Mlle Bourgeoise Noire reappeared, crashing the New Museum opening for an exhibition featuring only white artists. This time, after the flowers and self-flagellation, her poem ended with a challenge to the white-dominated museum crowd: “It Is Time For an Invasion!” O’Grady was just getting started. For four decades she has played a pivotal role, clearing her own terrain at the hinge of feminist, Conceptual, and Black art.

She burst on the scene with performances that would acquire a gloss of legend. But her work spans collage, photomontage, video, and cultural criticism — a voracious and eclectic practice, mixing image and word, theory and play. “I am somebody who is moving from one idea, to the next, to the next, to the next,” the artist, now 86, said recently during a series of telephone and video conversations. “I feel that I’m working on the skin of the culture and I’m making incisions.”