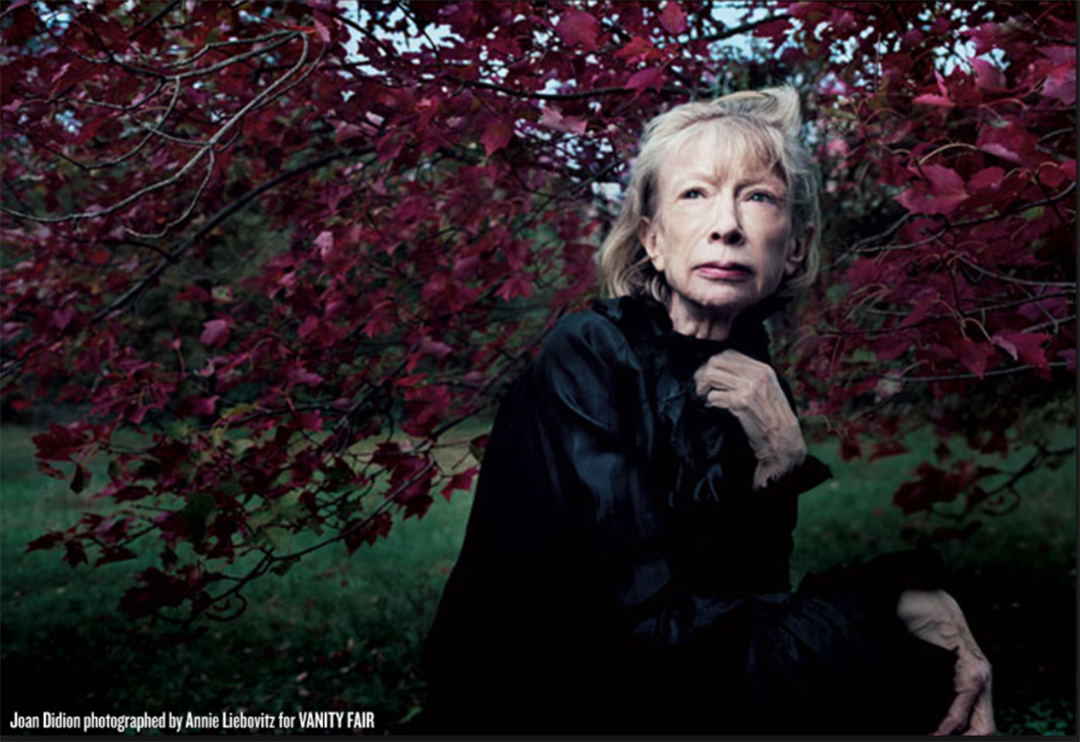 The words are Joan Didion’s. The writer. They are from the book “ The Magical Year of Thinking”. The book she wrote after her husband of 40 years John Gregory Dunn, also a writer, dropped dead of a heart attack one evening as they sat down to dinner.

“ Grief turns out to be a place none of us know until we reach it.

We anticipate ( we know ) that someone close to us could die, but we do not look beyond the few days or weeks that immediately follow such an imagined death. We misconstrue the nature of even those few days or weeks.

We might expect if the death is sudden to feel shock. We do not expect the shock to be obliterative, dislocating to both body and mind.

We might expect that we will be prostrate, inconsolable, crazy with loss. We do not expect to be literally crazy, cool customers who believe that their husband is about to return and need his shoes.

In the version of grief we imagine, the model will be “healing”. A Certain forward movement will prevail. The worst days will be the earliest days.

We have no way of knowing that this will not be the issue. We have no way of knowing that the funeral itself will be anodyne, a kind of narcotic regression in which we are wrapped in the care of others and the gravity and meaning of the occasion. Nor can we know ahead of the fact (and here lies the heart of the difference between grief as we imagine it and grief as it is ) the unending absence that follows, the void, the very opposite of meaning, the relentless succession of moments during which we will confront the experience of meaninglessness itself”

Didion turned 79 on the 20th of December,  she has written many important books, none as important as “The Magical Year of Thinking”.

As a child she was taught in times of trouble to go to literature. So she read everything she could about grief, “nothing I read seemed exactly express the craziness of it”, she says ” which was the interesting aspect of it to me –how really tenuous our sanity is”.

The one thing that spoke to her was in Emily Post’s book Etiquette, the chapter on funerals – which advised that those close to the grief stricken should prepare a little tea or broth and it should be bought to them……without being asked if they would care for it.

“ There is something about the matter-of-fact wisdom here. (Post) wrote in a world in which mourning was still recognised, allowed ,not hidden from view “

This, she says is one of the main reasons she wrote the book.

To bring death up close.