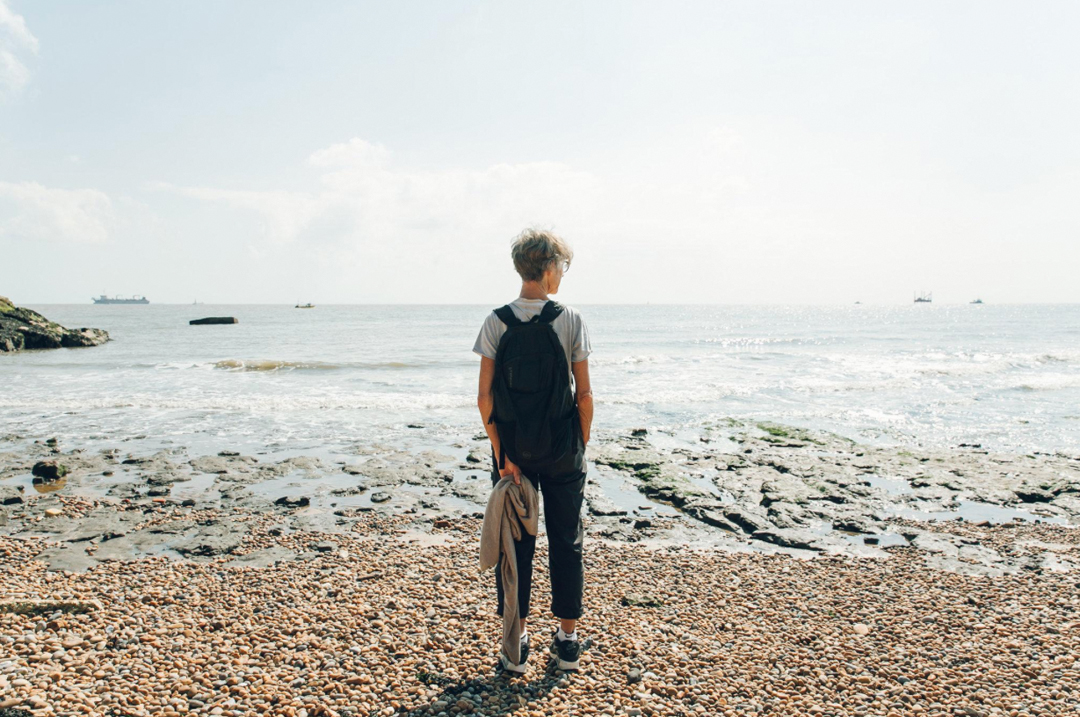 Perfect for the weekend. Beachcombing with the designer Margaret Howell. I put Beachcombing right up there with daydreaming, I have my own stash of flotsam and Jetsam from beaches I have visited but nothing like the beautiful installations that Margaret Howell has built.

Margaret Howell, the designer and director of the timeless British brand of the same name, likes to celebrate her birthday with a swim in the sea. It’s a tradition she’s continued since she was a little girl in 1950s England; now a preternaturally youthful 72, her enthusiasm shows no sign of waning. Since buying her Modernist holiday home on the Suffolk coast, near the small town of Woodbridge, close to 20 years ago, these swims have become more and more frequent. “I’m outdoors here most of the time,” says Howell, whose modest four-bedroom retreat, designed by the Swiss architect Rudy Mock, sits on a narrow lane that meanders for half a mile, all the way down to the beach.

This starkly beautiful escape offers solace from the daily demands of the global brand that Howell established in 1970 with men’s shirts that were quickly sold by Paul Smith and Ralph Lauren. Her precisely tailored, utilitarian clothes for both men and women have found fans in the actor Bill Nighy and the multihyphenate Alexa Chung and continue to make her as popular in Japan (where the brand has over 100 stores) as she is in England. A native of South London — where she is currently in the throes of renovating a new home — Howell instantly connected to the remoteness of Suffolk’s Deben Peninsula, with its arable farmland and unpopulated coast where whole swathes of shoreline have been eroded by the incessant push and pull of the North Sea. “It’s not particularly pretty,” says Howell. “But it felt like home.”

It is here, while drying off after a dip in her favored sheltered bay, or taking a brisk walk along the coastline checkered with Napoleonic-era Martello towers that Howell started spotting tiny treasures among the shingles — and her collection of stones, bones, painted driftwood and seashore ephemera began. “It’s beachcombing really,” she says of the practice, which has resulted in small, artful assemblages of seaside finds that quietly inhabit every corner of every room of her home. On one stretch of her living room’s concrete mantelpiece, beside a vase of foraged horseradish leaves, is the following: a stone resembling a miniscule torso, a tattered red silk child’s shoe atop a hand-shaped wooden stand, a fossil, a flat piece of flint that mimics a fish and a driftwood plinth displaying a row of pebbles. Even the lumps of coal on the hearth found their way into her pockets on a recent coastal trek.
Image