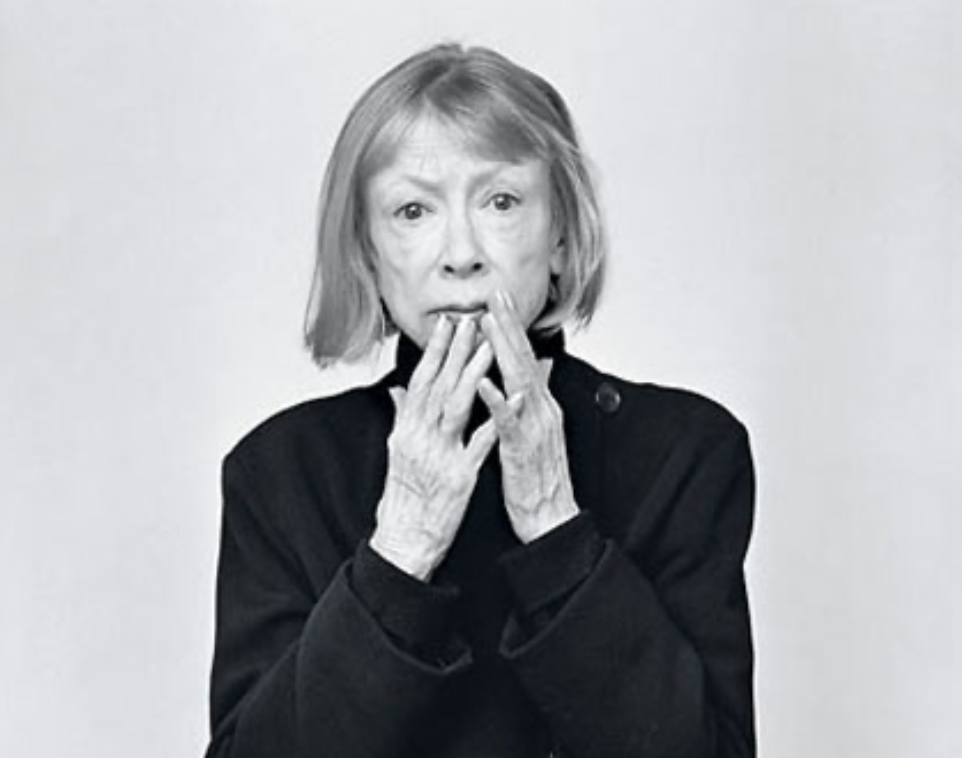 Peter Conrad for The Guardian

Except for Joan Didion, the New Journalists of the 1960s were a self-dramatising gang, determined to upstage the stories they reported. Norman Mailer brawled, Hunter S Thompson raged; less loudly macho, Tom Wolfe preened and Truman Capote whispered sedition. When Didion calls writing “an aggressive, even a hostile act” or “the tactic of a secret bully”, she might be defining this bumptious fraternity.

Didion’s own tactics, sampled here in a smattering of uncollected articles, are more covert, perhaps even passive-aggressive. In an essay celebrating the scruffy underground press of the hippie era, she proclaims the ideology that underlay the new procedures: on guard against the respectable broadsheets and their “factitious ‘objectivity’”, journalists needed to risk “the act of saying I”. For Didion, however, that was easier said than done. Tentative, tremulous, she initially resisted employing the first-person pronoun, which belonged to her male colleagues by egotistical right.

As a novelist, Didion says she usually had to start by searching for an identity that she could assume as a narrator: only then was she able to tell a story. In her journalism, she prefers to hover on the periphery. Rather than interviewing Nancy Reagan, she stays at a deferential distance while a television news crew moves in for a close-up. In an essay on Robert Mapplethorpe, she remembers early Vogue assignments when her lowly chore was “watching women being photographed” – though at one session the starry model purloins Didion’s dress and leaves her huddling in a raincoat. This desire to look while remaining detached makes her wary of her friend Tony Richardson who, temporarily without a play or movie to direct, seizes a “dramatic possibility” by goading his dinner guests into a furious row: Didion flees.

Her fragile, flinching persona is a secret weapon, as valiant in its way as the swagger of Mailer and co
Such self-effacements prepare Didion for what she calls “the mortal humiliation of seeing one’s own words in print” – a phrase that exactly catches the nervous anxiety that electrifies her writing. Two pieces here are exercises in self-mortification: in one she broods, 16 years after the event, about having a college application turned down; in the other she anthologises the rejection notices for a short story that was refused by 25 separate publications (“We are seldom inclined,” sniffed Good Housekeeping, “to give our readers this bad a time”). Elsewhere, Didion laments the humbling effects of physical incapacity and mental despair as she spends a week with paratyphoid in a hotel room in Colombia – “a bad place to have a fever”, especially when the building’s generator fails.

Pondering the sadomasochistic tableaux in Mapplethorpe’s photographs, Didion speculates about rites of humiliation that go beyond confronting your words in print. What excited Mapplethorpe, she says, was “the exaltation of powerlessness, the seductiveness of death”. Did a similar spirit enable Didion herself to survive the appalling losses she chronicles in her memoir of bereavement The Year of Magical Thinking? Mapplethorpe, she believes, imposed order on chaos, symmetry on obscenity. Didion achieves something similar: her fragile, flinching persona is a secret weapon, as valiant in its way as the swagger of Mailer and co.

Because she knows her own weaknesses so well, her eye for falsity is lethal. On a tour of San Simeon, the Californian castle built by the newspaper magnate Hearst, she finds that its flaking statues and insect-infested woodwork belie the faith that “all the pleasures of infinity are to be found in the here and now”. At a military reunion in Las Vegas in 1968, she allows the veterans to brag about their gung-ho exploits in Korea, yet overhears them conceding that Vietnam, where their sons are currently at risk, might not be such a glorious adventure. After paying tribute to Ernest Hemingway’s “romantic individualism”, she confides a private twinge of regret about “the humiliations of his claim to personal machismo”; she then deplores the venality of his heirs, who consider the family name to be a “heroic brand” and have cashed in by licensing a collection of safari-themed home furnishings.

The slighter these pieces are, the more remarkable they seem: they’re so deft and enigmatic, often – as Didion says when brilliantly analysing Hemingway’s style – as a result of “deliberate omission, the tension of withheld information”. Fiddling with commercial copy for Vogue in her earliest job, she took pleasure in flattening lumpy dependent clauses and organising “one simple sentence composed of precisely 39 characters”. That minimalism persists in a credo announced with breathtaking casualness in her essay on Mapplethorpe. Artists, she declares, are “people whose work it is to make something out of nothing”. True, writers are conjurers, performing feats of legerdemain with words; but there is hard work in what they do, and the proud outcome is something made, the product of craft. A sentence by Didion, whether it sticks to 39 characters or articulates possibilities in multiple dependent clauses, is always a marvel of magical thinking.