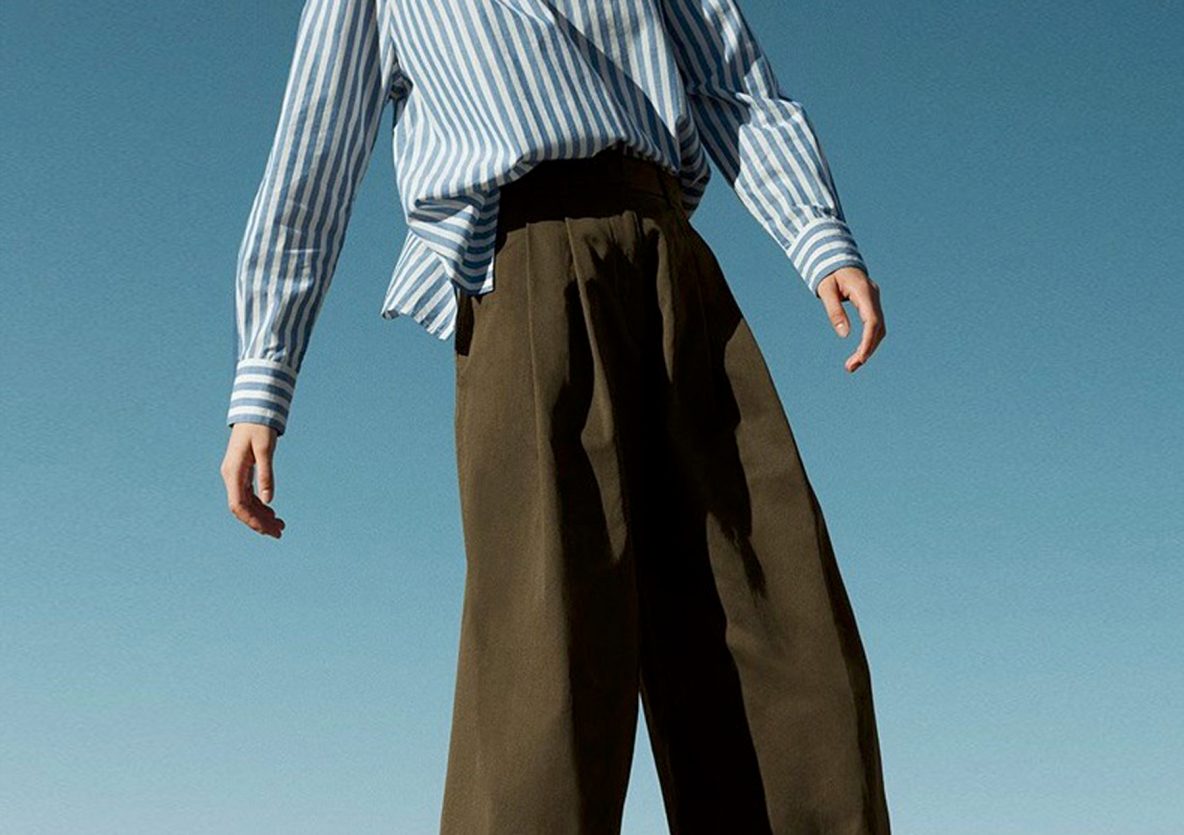 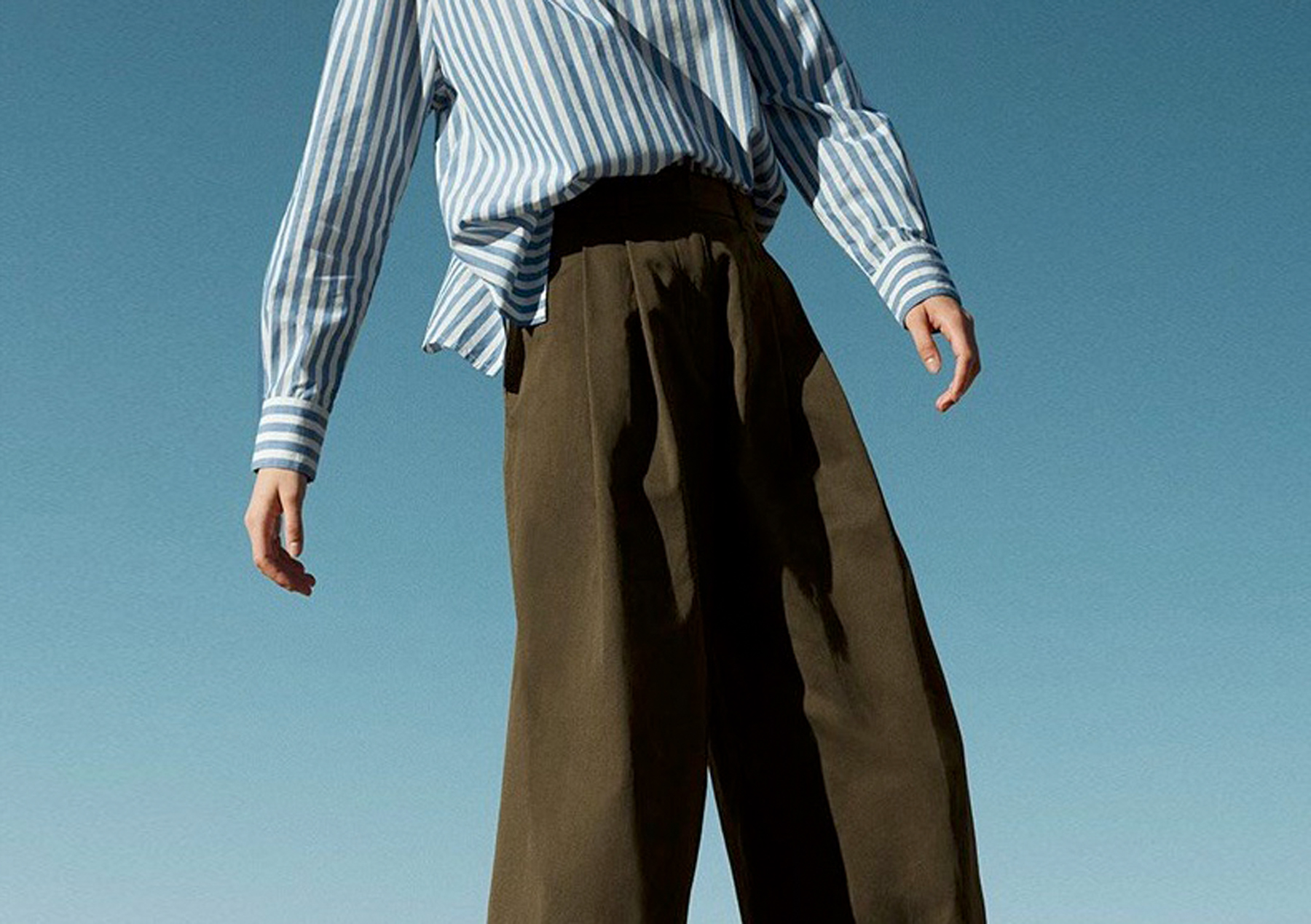 I love the colour Khaki, so I was delighted to come across this, its life story ... written by Amy Bradford

Khaki is a hard colour to define. Sometimes it’s a near relation to olive green, but elsewhere it veers towards brown, tan, sand yellow or even grey. This elusiveness is appropriate, for, unlike most colours, its original purpose was to disappear from view.

Legend has it that khaki was invented in the late 1840s by a British soldier, Lieutenant Harry Lumsden, while he was stationed in Peshawar, India. At this time, the armies of the British Empire wore bright red wool uniforms, part of a tradition dating back to Oliver Cromwell’s New Model Army and beyond, to the pageantry of the medieval battlefield. However, the stifling Indian climate was a new frontier: one that soon made scarlet tunics seem utterly unsuitable. Not only were they hot and uncomfortable, but they were also impossible to keep clean in the dusty terrain. An alternative summer uniform, in pristine white cotton, was just as impractical. But Lumsden had the answer. He took his whites down to a local riverbank, dunked them in mud, then rinsed them out. It was a primitive way to dye cloth, but it worked: the new dun-coloured fabric was both cool and impossible to dirty. It had several other advantages, too, rendering Lumsden’s regiment – who served as scouts, or intelligence gatherers, as well as fighters – invisible in the dust, and making them seem less alien to the local population than they appeared when clad in brash European redcoats.

If Lumsden hadn’t come up with the first form of army camouflage, someone else would have had to. Brightly coloured uniforms were becoming obsolete in the face of advances in warfare. Modern, smokeless rifles were invented at around the same time as Lumsden was conducting his fabric experiments, and suddenly, it was no longer desirable for a soldier to stand out on the battlefield; hiding from the enemy was now the goal, rather than meeting him face to face with musket, sword and shield. Interestingly, khaki made its first appearance at around the same time as Darwinist theory was gaining ground. According to the evolutionary biologist Sir Edward Poulton – who published ‘The Colours of Animals’, the first book on camouflage in nature, in 1890 – protective colouration in the wild proved that only the fittest survived. Khaki, which demonstrated a similar impulse to outwit predators, truly reflected the spirit of the age.

Khaki got its name from the Hindi word ‘khak’, meaning dust or earth-coloured, but in fact, all manner of substances were used by soldiers to dye their uniforms. Mulberry juice, tea, coffee, tobacco and even curry powder were enlisted, each regiment having its own recipe (some smellier and messier than others). This lack of standardisation caused some teething problems with the use of khaki, but it was not until 1884 that the British patented a synthetic khaki dye. Even then, different landscapes demanded subtle variations in colour: in India, a dusty grey tone was used; in Africa, a sandy tan; and during the First World War, fought predominantly in northern Europe, a darker greenish-brown prevailed. Ironically, the British had underinvested in their dye industry, and when war broke out in 1914, they were still importing all their khaki from the market leader – Germany, their chief enemy. Thereafter, the pigment had to be smuggled in secretly until an alternative could be found. The crisis forced the creation of British Dyes Limited, one of the first nationalised companies and a forerunner of ICI (Imperial Chemical Industries).

By the end of the 19th century, most armies around the world had adopted khaki uniforms, each nation evolving its own shade to suit the location of its colonies. The colour also started to seep into the civilian consciousness. The Second Boer War (1899-1902), fought between the British Empire and two Boer states, South African Republic and the Orange Free State, marked the turning point. A rash of patriotism on the home front resulted in a Conservative majority in the so-called ‘khaki election’ of 1900; gentlemen’s outfitters started promoting the colour as a manly fashion choice. One of the war’s great heroes, Colonel Robert Baden-Powell - who had successfully defended the town of Mafeking from the Boers during a 217-day siege - put his experience teaching survival skills to novice soldiers to good use back home by setting up the Boy Scout movement. Begun in 1907 with an experimental camp on Brownsea Island, Dorset, its uniform was based on Baden-Powell’s own desert wear. Scouts today still wear his wide-brimmed khaki hat and matching shirt.
Khaki’s practicality for uniforms and workwear is tinged with an edge of sartorial rebellion.
Katharine Hepburn apparently owned hundreds of pairs of khaki trousers, in defiance of Hollywood’s glamorous dress code for its female stars. Che Guevara imbued the colour with the revolutionary spirit of post-war counterculture. Ernest Hemingway, novelist and obsessive hunter, went on adventures dressed in khaki garb. These three people couldn’t have been more different, but all were equally at home in simple, utilitarian khaki, the ‘everyman’ colour that serves for all ways of life.