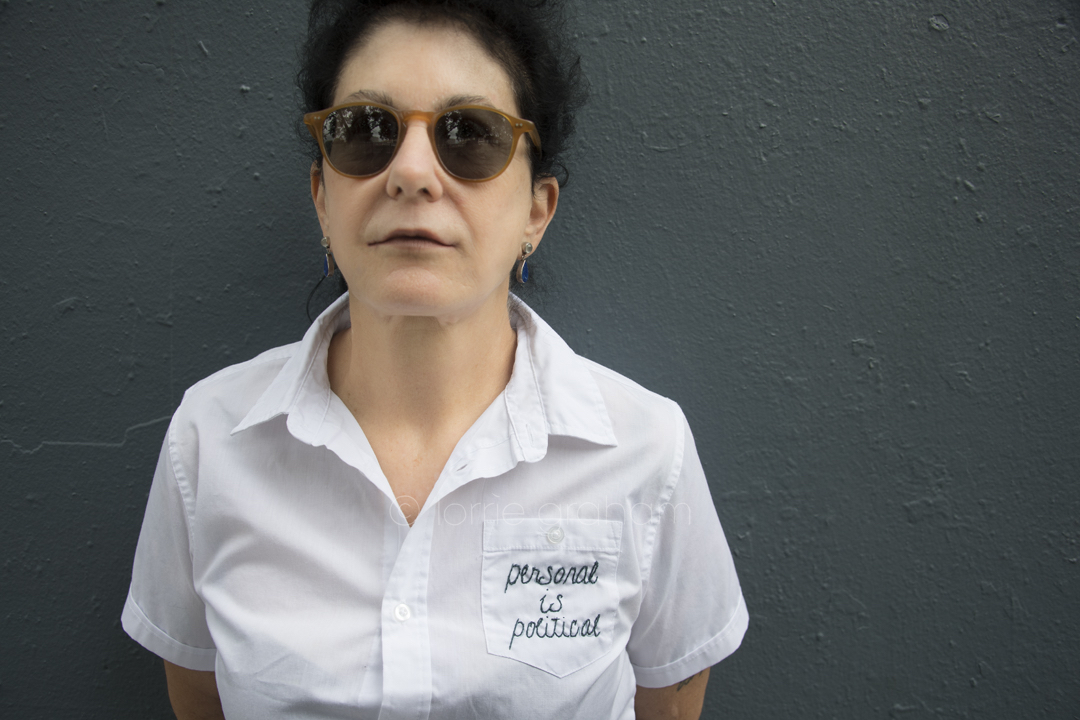 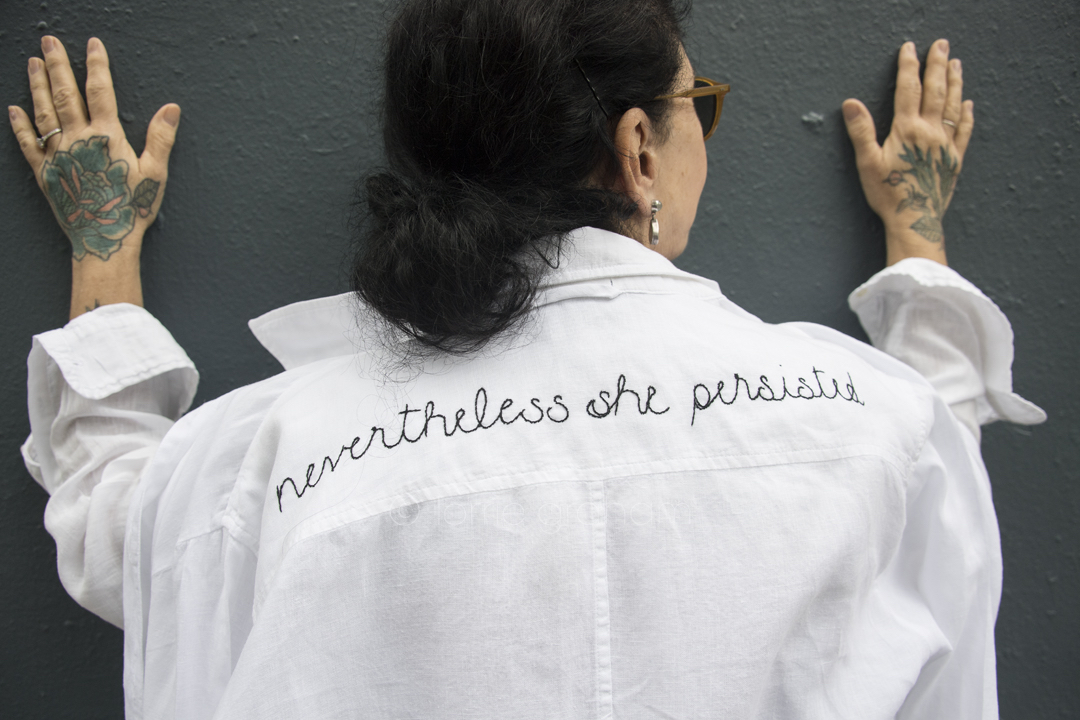 This is a repost, I thought with an election on the horizon why not tell us what you think...This is the best idea!

Tomorrow I'll helping my friend Julie Pierce sell her shirts at at Hyde park. Money raised will go to Mudjin-Gal, Part of the Redfern Foundation

The Long March for Justice Through Treaty, a 30th anniversary recreation of the 1988 march, will kick off with a welcome to country at Redfern Oval at 9.30am. The march will depart at 10am and walk toward Hyde Park, where there will be ceremony, music and speeches from the former Human Rights Commission president Gillian Triggs, the National Congress of Australia’s First Peoples co-chair Jackie Huggins, ACTU secretary Sally McManus and others from 11.30am onwards. The march is calling for support for the Uluru statement’s proposal of a Makaratta or treaty commission.

She is buying shirts - as many white ones as she can find - from Op shops and embroidering political slogans on the back or pocket.

I have a glut of white shirts ... so she has embroidered two for me ...Feminist as Fuck and Nevertheless She Persisted... I love them.

If you love the Knitting Nanas admire Katharine Hamnett .... who said " People are fighting back now, thank God. I think Trump has galvanized America. I mean, the Women’s March! I’m addicted to the Amy Goodman [Democracy Now!] show. It was great that people had suddenly woken up, got out of bed, and said, We can make a difference, from having been so apathetic.... So check out "Personal is Political" at Hyde Park this Saturday.

If would like a shirt and can't get to the Rally get in touch with Julie on the email below... 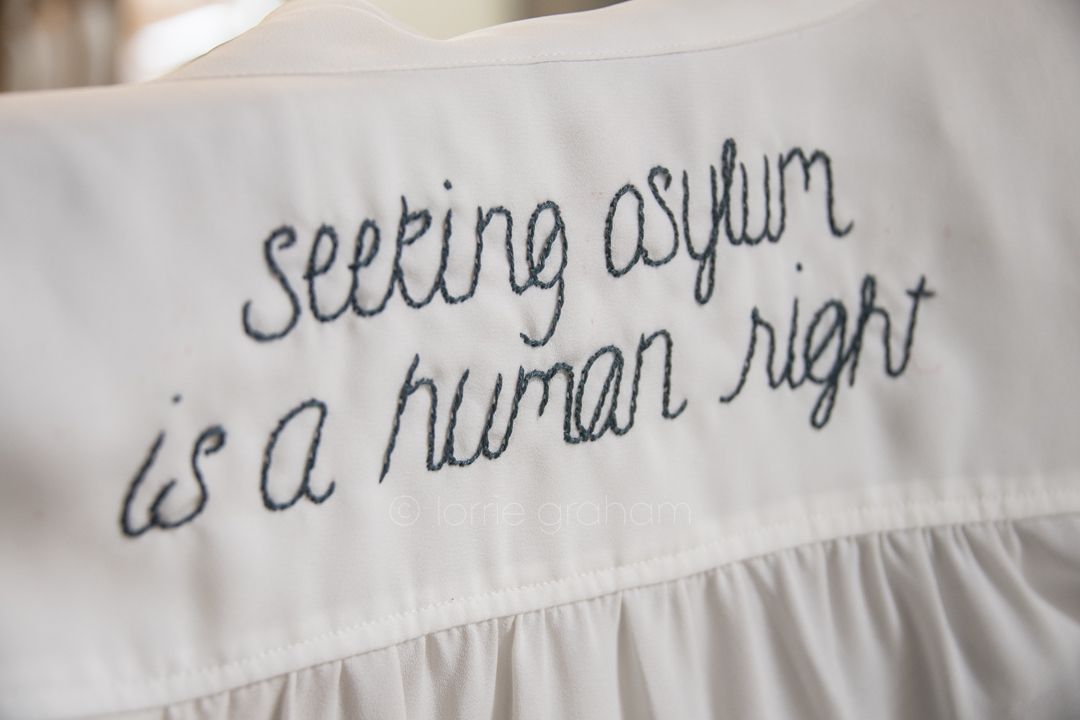 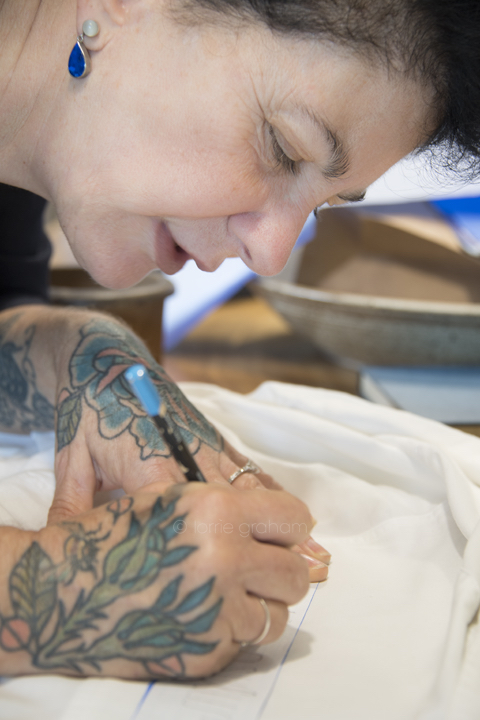 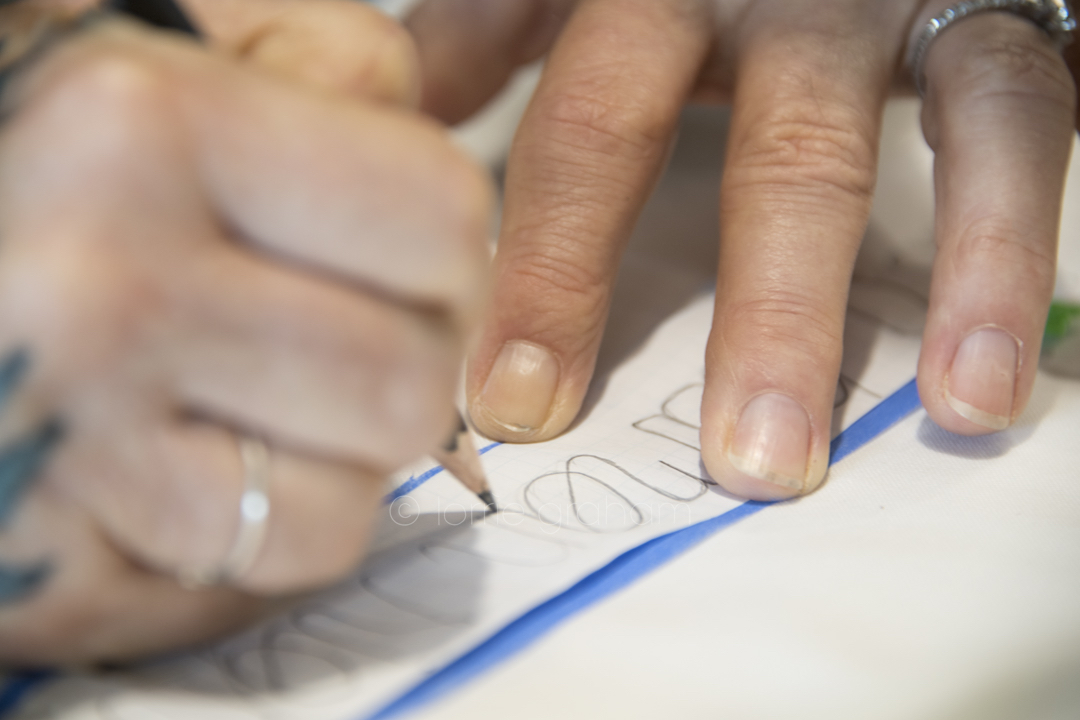 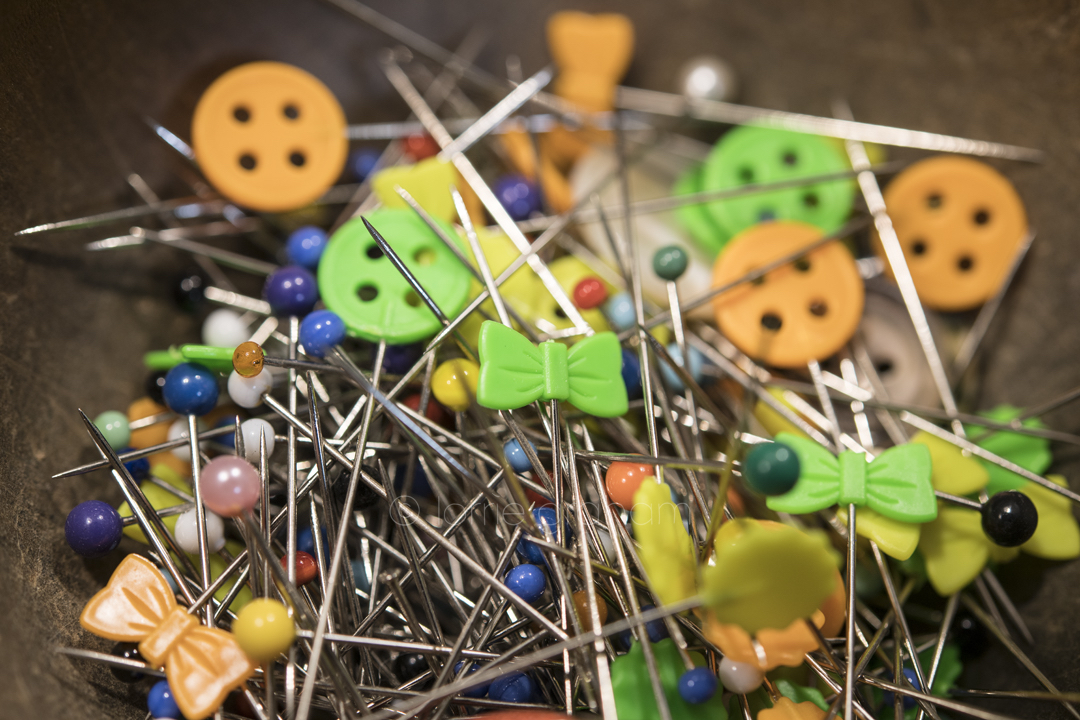 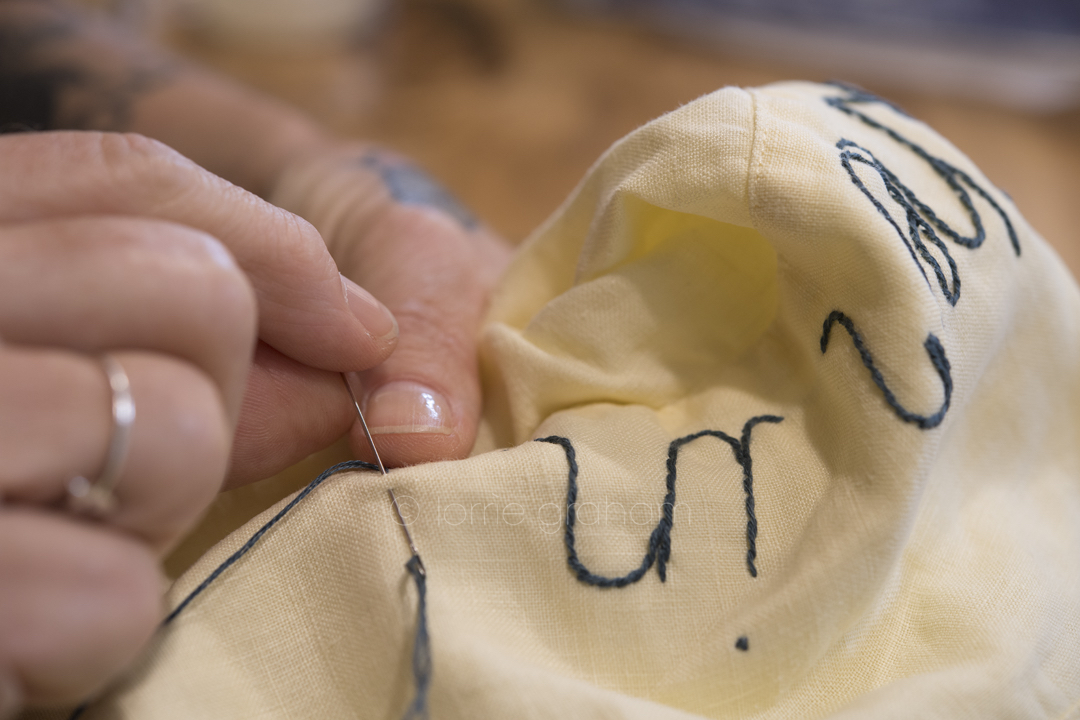 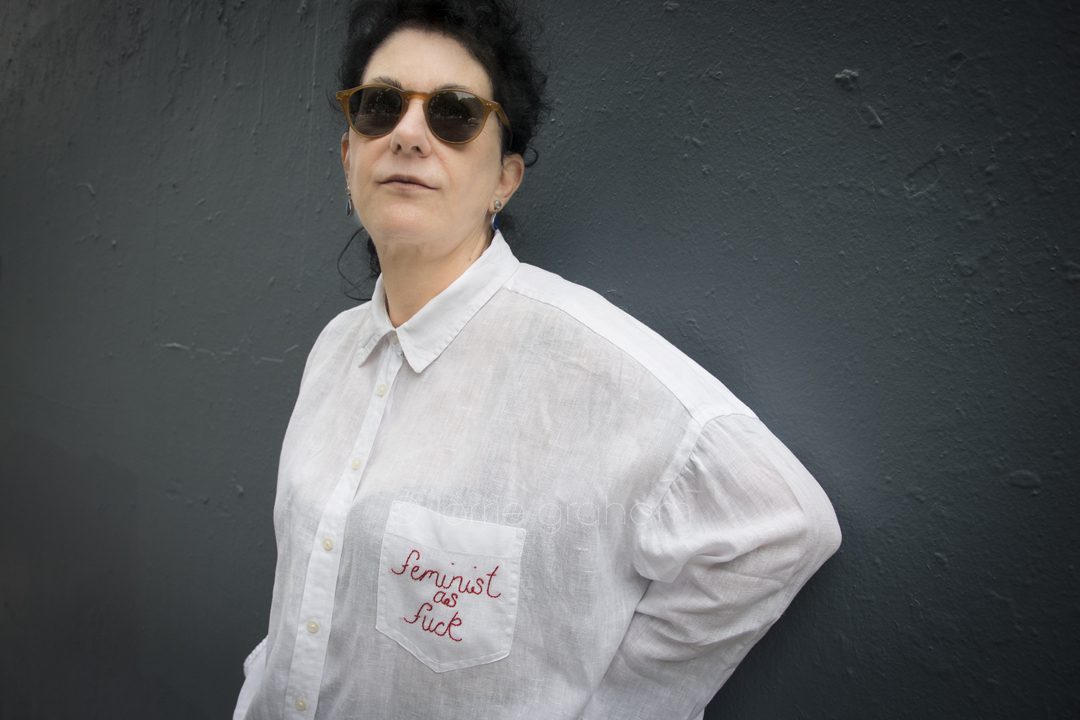 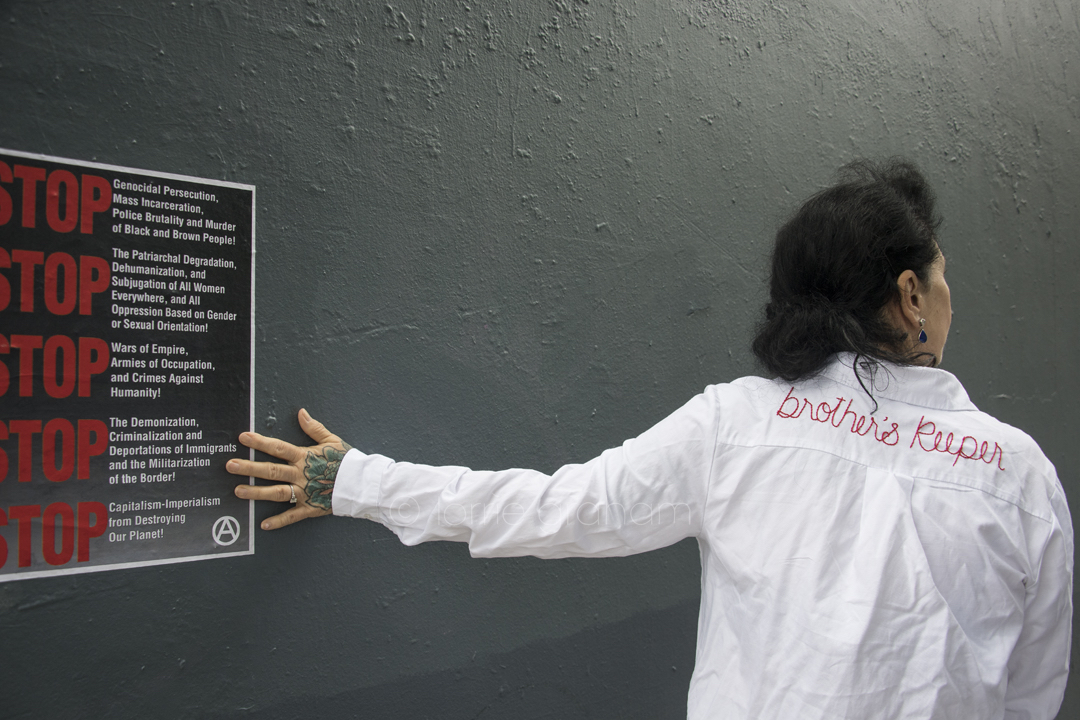 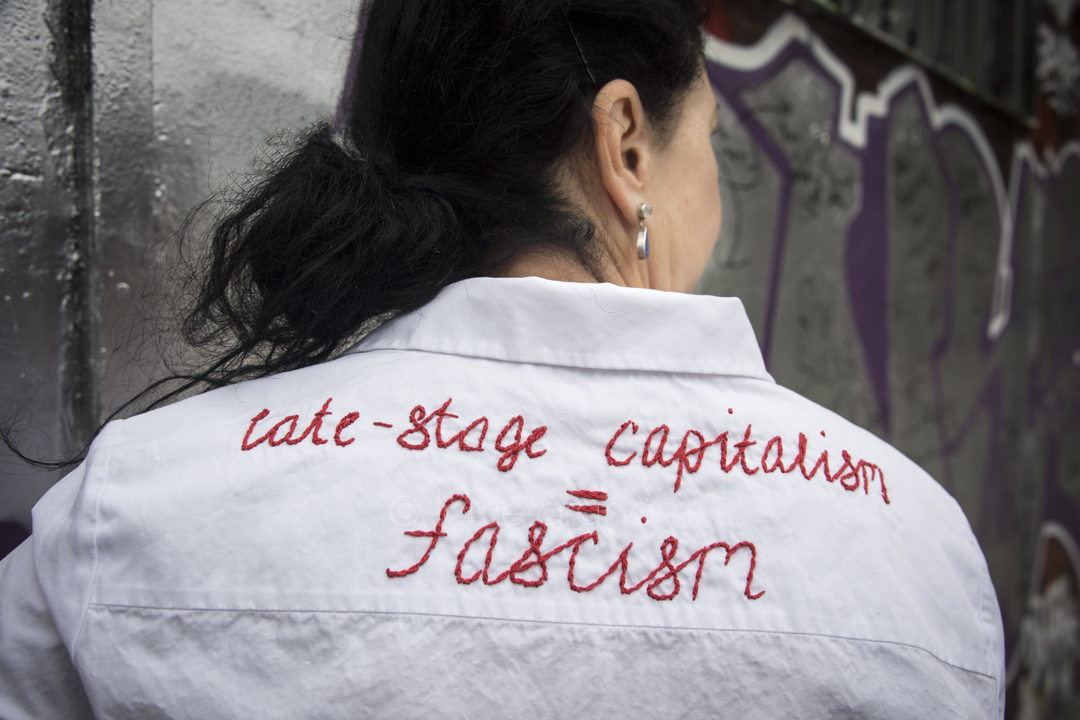 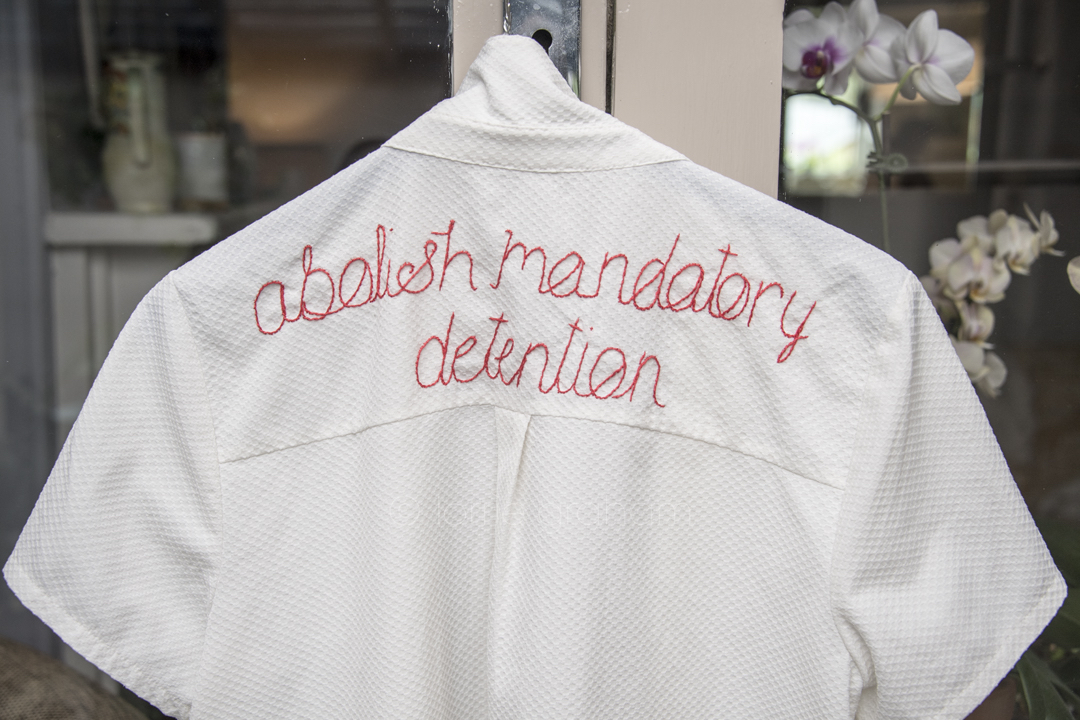 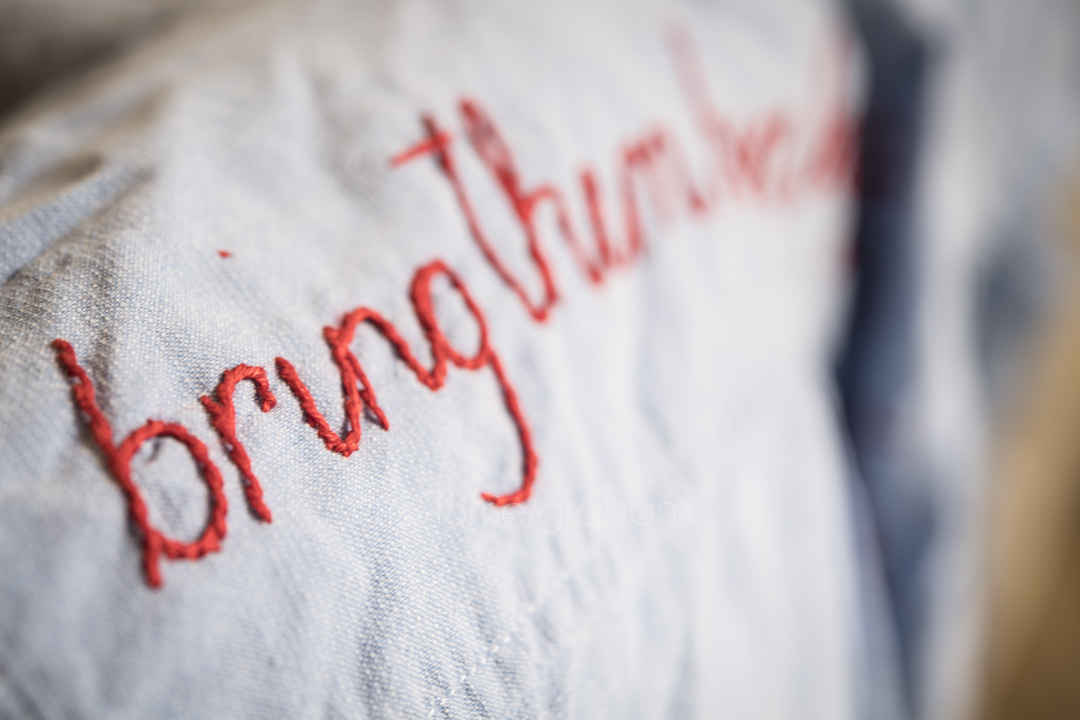