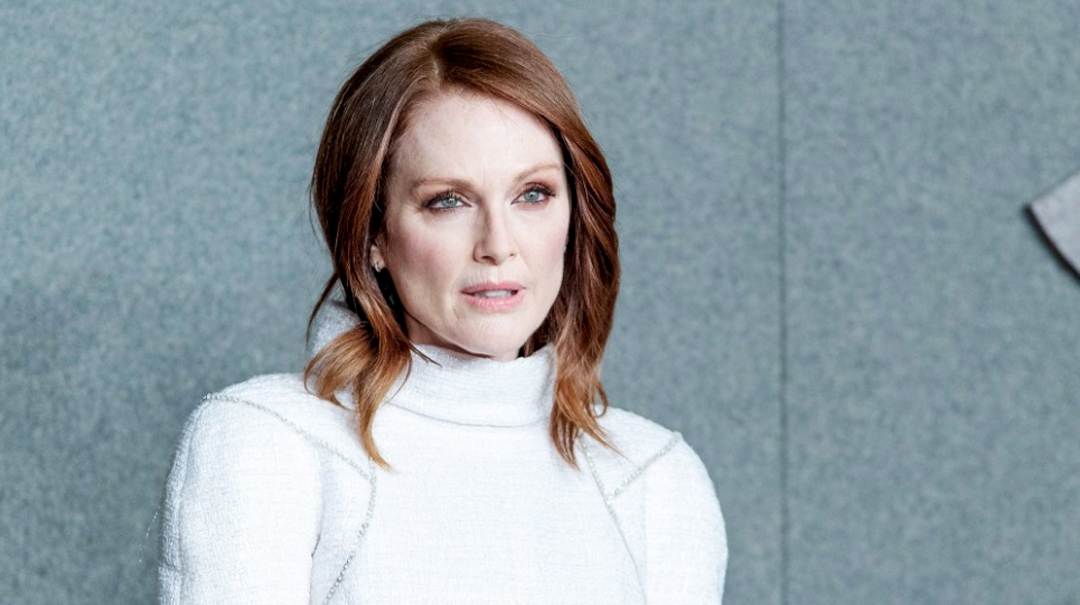 The phrase ‘of a certain age’ is an absolute no-no. Julianne Moore is not short on strong opinions.

It is impressive to see women in high profile positions making a stand about gender equality, ageism and representation. I’m thinking of all the female politicians who speak out in spite of the harassment in parliament and online, of Carrie Gracie and Samira Ahmed taking on the BBC. And female actors creating their own production companies, in order to write, produce and direct more parts for older women. Their struggles are all of our struggles.

As we are now concerned with being ageful, not ageless, I was interested to read an interview in ES magazine where Julianne Moore called out a journalist for using the term ‘woman of a certain age.’

‘Don’t say ” a certain age.” This is one of my pet peeves. It’s as if you are saying that her age is so terrible that you don’t want to mention it,’ said the 58-year-old Academy Award-winning actor, ‘ You wouldn’t say a “man of a certain age”. Obfuscating your age or skirting around it, or trying to be delicate about it, that’s what makes me crazy. It’s not so horrible to be in your 50s – it’s not horrible at all. It’s simply part of life. We have to think very precisely about how we represent something.’