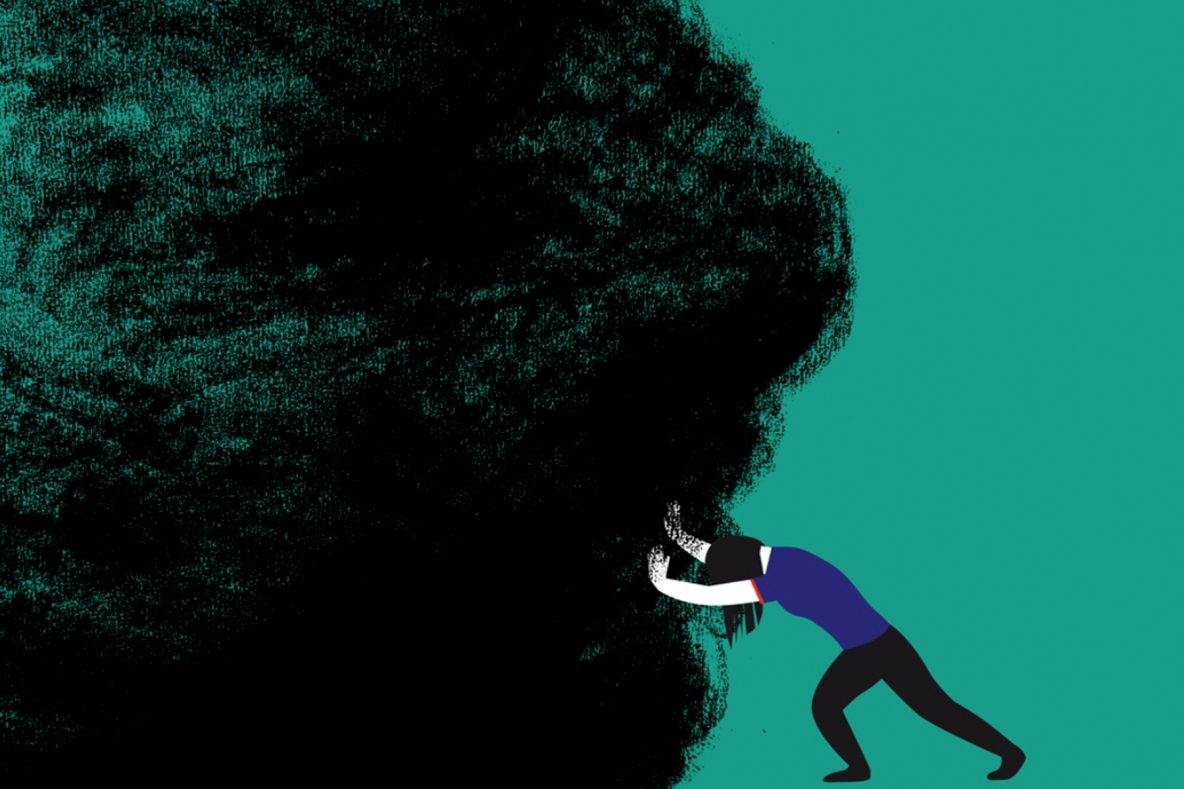 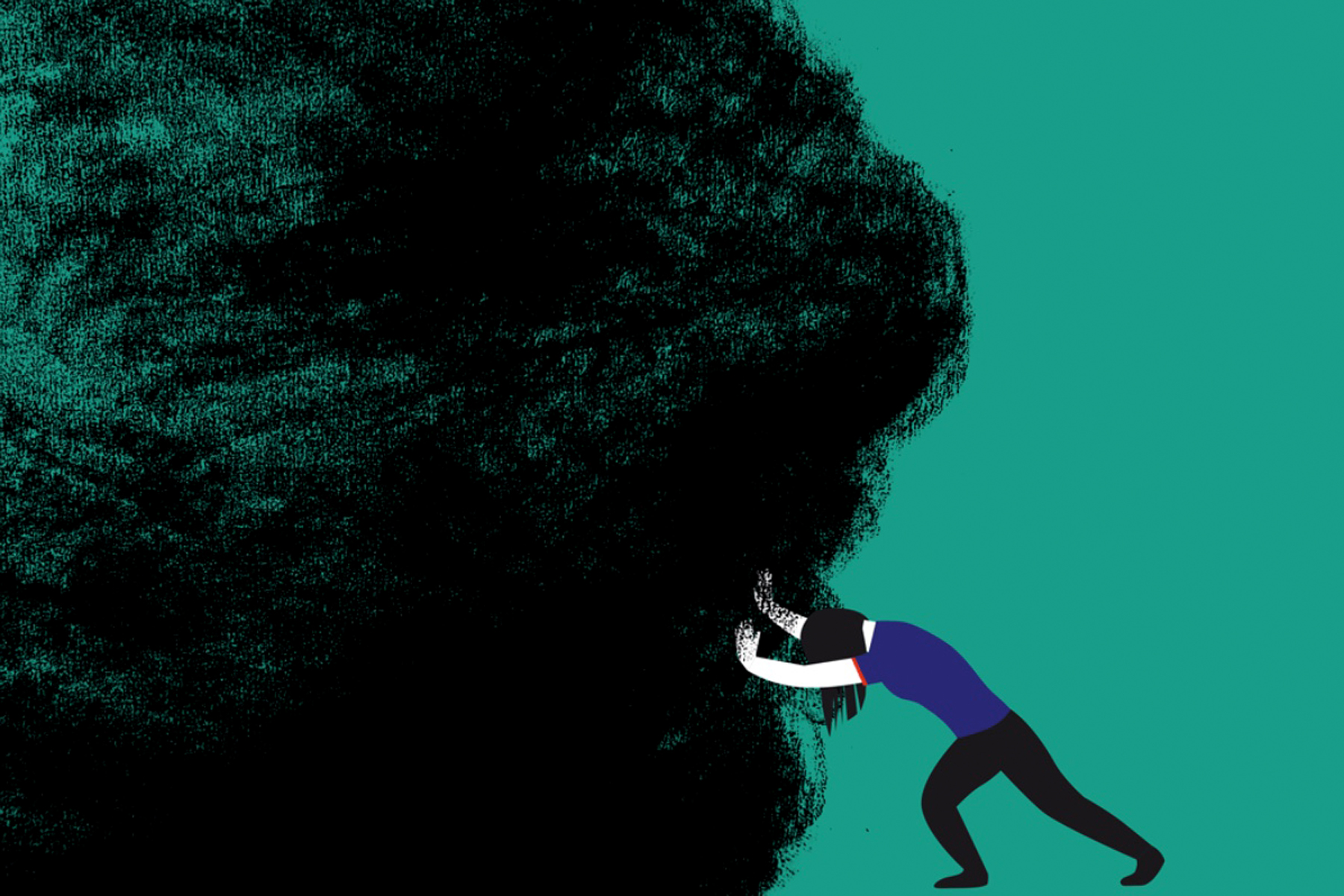 I want people to be proud of themselves for being resilient. I just don’t want it to be the only option.

This article is part of a series on resilience in troubled times — what we can learn about it from history and personal experiences.

Friends, I’m afraid I’m not going to make it when the end times come. I’ve made a list of my skills, and “tough” and “capable” aren’t words that spring to mind.

No. 23: Most of the time, doesn’t finish whole bottle of wine

No. 36 Whatever you feel guilty about, I’ve done something worse, trust me

t’s been more than four months of lockdown and I have taught myself nothing new — no recipes, no outdoorsmanship capabilities, no repair techniques. I often reflect on the skills that our frontline and essential workers have, which not only include how to save lives, but also the ability to have pleasant and professional exchanges with other people over an extended period of time. When I compare myself to them, I think: just suck me into the hell fires already, I give up.

I am engaged in the status quo. I have not risen above the circumstances. I am not resilient. Although I am not even sure if I know what that word means anymore.

Once, I thought I knew. I am the child of two hard-working, industrious people who opened a small business during the Reagan era. In order to not just merely survive but to thrive, I learned, one must not only do one’s basic job, but much, much more — no matter what is happening in the world. Work late, be creative and innovative, keep going, even if you’re tired. I might have even believed that’s when the magic really happens: when you’re exhausted. We are, after all, a nation that declares professional athletes instant heroes when they win the game in overtime.

But my understanding of the word has certainly changed as I’ve aged. Here in New Orleans, for example, where I am a relative newcomer, my friends who are longtime residents and who survived Hurricane Katrina greet the word “resilience” with a fiery disdain. This is a city where people have been called resilient for years, and so many I talk to just seem exhausted by it.

“It puts the onus on the person to fix the things that should be a civic priority,” said Anne Gisleson, a friend and a native New Orleanian. She was sitting on the front porch of her house while I rested on a chair at the edge of the sidewalk on her quiet neighborhood block. (No. 46: “Will show up briefly at your home to provide a nice, socially distanced change of pace.”) It was midmorning and already 90 degrees out.

When the levees broke and the city flooded, she was one month pregnant, newly married and learning how to be a parent to a 6-year-old stepson. Suddenly she also had to figure out how to best participate in the rebuilding of the city alongside her neighbors, and reopen the school where she worked. So many people were working nonstop to fix things, she told me. Feeding each other, making street signs, clearing debris. “There’s an expectation that we’re supposed to bounce back and that’s the American way,” she said. “And it takes the power structures off the hook.”

Or, as my friend Alison Fensterstock, who lives down the road, texted me: “‘You’re so resilient’ is just code for ‘You’re on your own, sorry.’”

People are being asked to be exceptional to get something less than exceptional in return: a basic standard of living. What is resilience anyway but an unfair exchange of energy? But who has time to consider these matters when they’re working to exhaustion?

Back up north in Washington, D.C., my friend Hannah Oliver Depp has been tireless in her efforts to keep her independent bookstore, Loyalty Bookstore, alive during the pandemic. “The average is 17-hour workdays,” she texted. Emails, inventory management and the like, but more physical labor than usual, too, as there are more requests for shipping in this new economy.

“Being a Black woman is being tenacious and resilient from birth as you fight to prevent from being crushed,” she wrote, “and now the end times are here and I am already exhausted? Being asked to dig deeper is a joke. None of this should be our jobs.”

Is the idea of resilience a scam? A con to get you to do more so others have to do less? My friend Sara Nović joked in a message that “resilience is made up by our capitalist overlords,” and she added a “lol” but I didn’t even laugh — and I don’t think I was meant to.

Even as psychologists have spent the past few decades studying and promoting “resilience theory” — which posits that you can build protective factors, particularly in children, as a way of offsetting risk factors that can hinder personal development — are we missing the bigger point? What about a focus on the risk factors themselves, the outcomes of systemic racism, poverty, and inadequate educational and social supports. Are we fixing the right problems when we are teaching the importance of resilience?

I am not suggesting that we stop encouraging others to succeed or to surpass goals. But are we seeing the concept of resilience in its current incarnation for what it really is? What a horrible trick it is when language is used against us. Is it an act of subterfuge for those most powerful? Let those who are suffering take care of themselves. Let them play into overtime and see what happens.

I want people to be proud of themselves for being resilient. It is an act of triumph to surpass challenges and traumas. I just don’t want it to have to be the only way of life.

And I want everyone to make it.

In my pandemic journal I make another list: skills for the moment. Even if I am not resilient, I am capable of accomplishing some basic tasks: can walk, talk, write checks. Washes hands. Wears masks. Registered to vote. I’ll worry about the end of the world when it gets here.

Jami Attenberg is the author of seven books of fiction, including, most recently, “All This Could Be Yours.” She is at work on a memoir, “A Trip to the End of the World.”