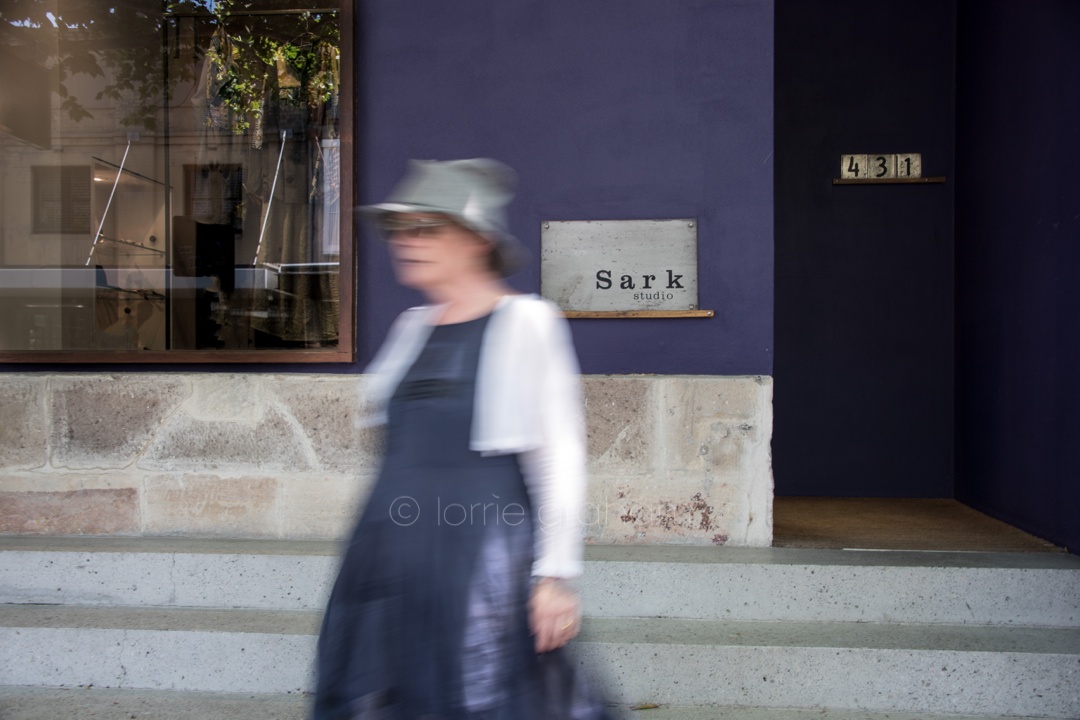 This is a repost of the Sark Studio’s Theresa Jackson interview. Sark Studio is small independent brand worth supporting it is sustainable, local and covetable.

A long long long time ago I finished art school in England and followed a vague boyfriend, who had got a job in Australia and who wanted some company, and ended up in Perth.

I thought if I don’t like Perth then Sydney might be a good, but I had no idea how far away it was. But I liked Perth, even tho it was a backwater it was fun.

It was an amazing place to reinvent yourself. So I arrived and reinvented myself as a clothing maker. I had no skill no teaching. but I had to start somewhere so I just started making little girls dresses. Then people started asking for dresses for their slightly older daughter and then I found women trying to squeeze into them, so I stopped the childrens and move into an older market. It just grew from that.

Perth then had almost nothing except polyester and hideousness. So with what we were doing, we became very successful…in a kind of throw it together amateurish sort of way. We didn’t have a clue what we were doing then. But it was great fun, we had a ball. We would have shows using real people not models. 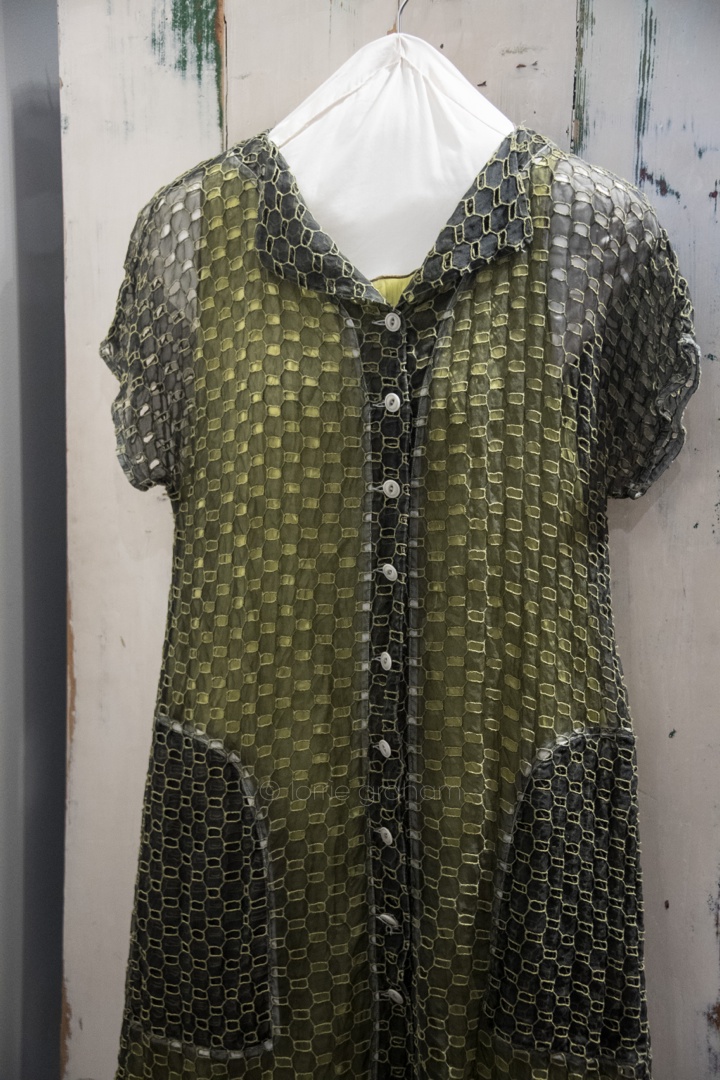 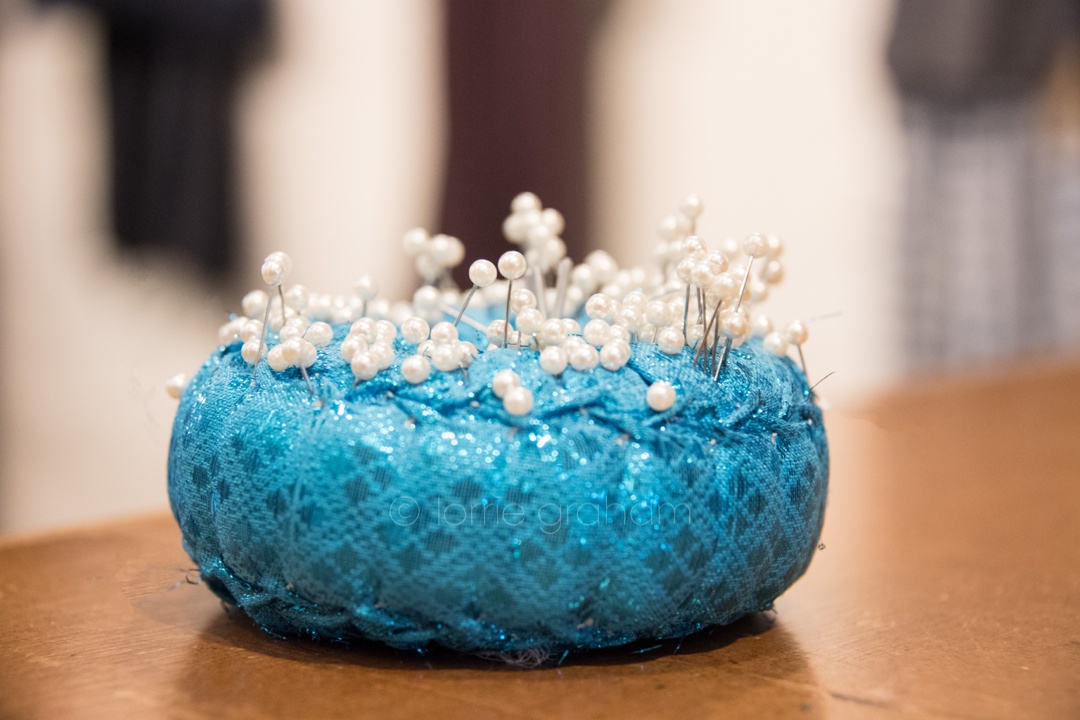 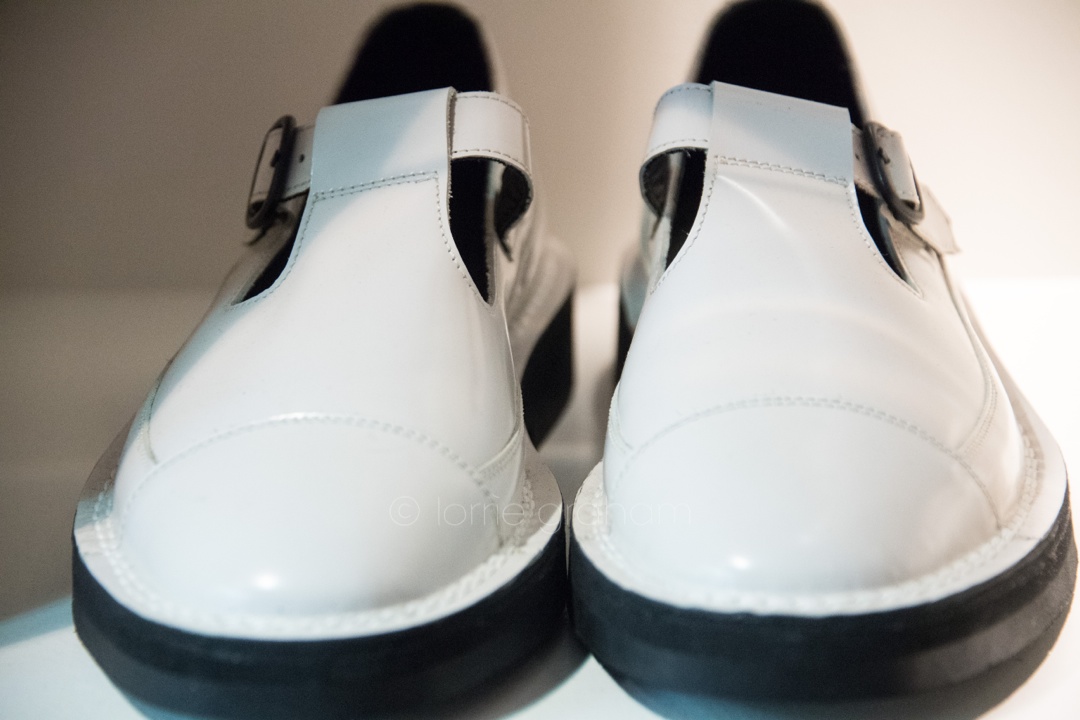 We started wholesaling to Sydney and a little bit to New York, then I felt I needed to leave, I needed a bigger town, I didn’t know about Melbourne, which is a shame, so I ended up in Sydney.

I started up again in Sydney retailing and wholesaling alll over the place. I got married had children and carried on for a while but then decided it was too hard doing both so I stopped.

I started doing costumes for film, TV and commercials whilst i bought children up. When they started late high school, I thought its time to start the business again. Because its a really involving business and you really have to switch into it and actually not do much else. But I think kids deserve a certain about of time, so I did that and seven years ago started again. 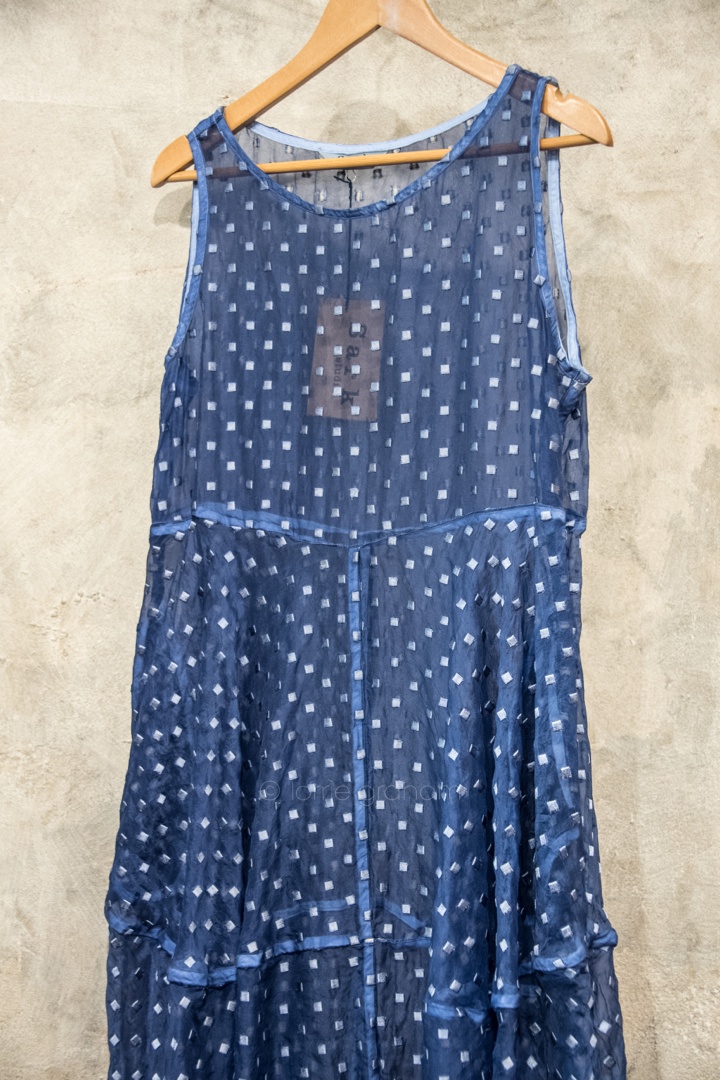 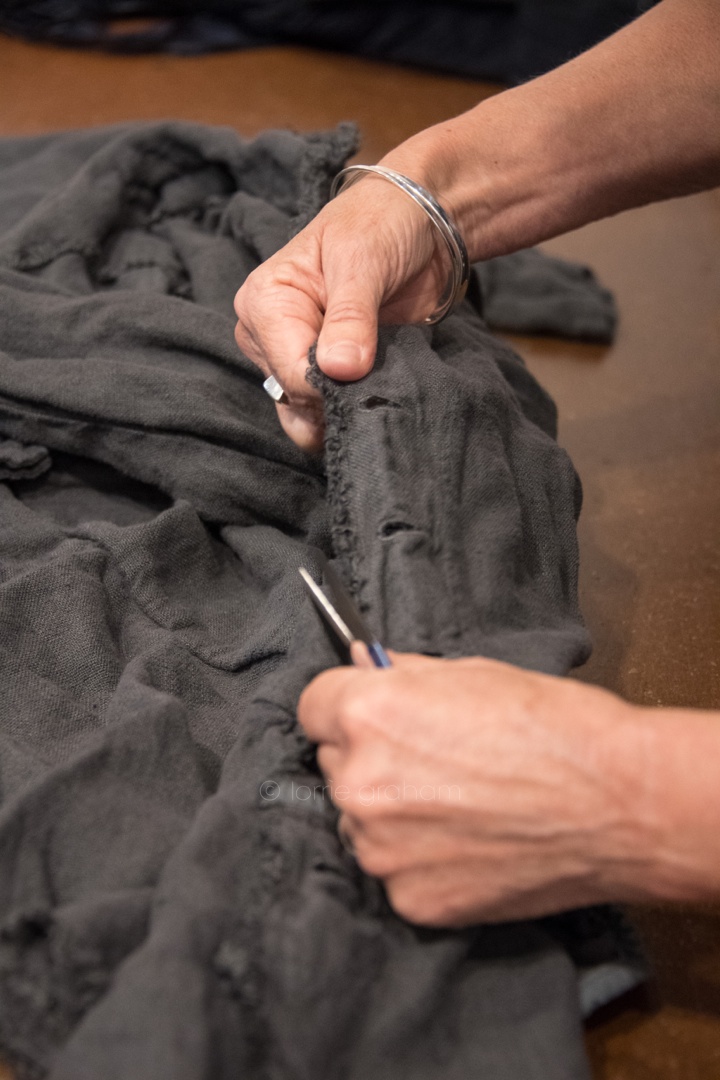 So we opened the Sark Studio ( 431 Crown Street, Surry Hills) again and then retail. Then it got to the point, where you know, I’ve always wanted to sell to specific shops around the world and thought, ” I wonder if I could and I thought I better try now because I’ve left it a little late so I better get going…I’m probably the oldest person in Paris – showing – no I’m not the oldest but I’m getting there, might be a few older than me but they tend to be slightly more famous….” 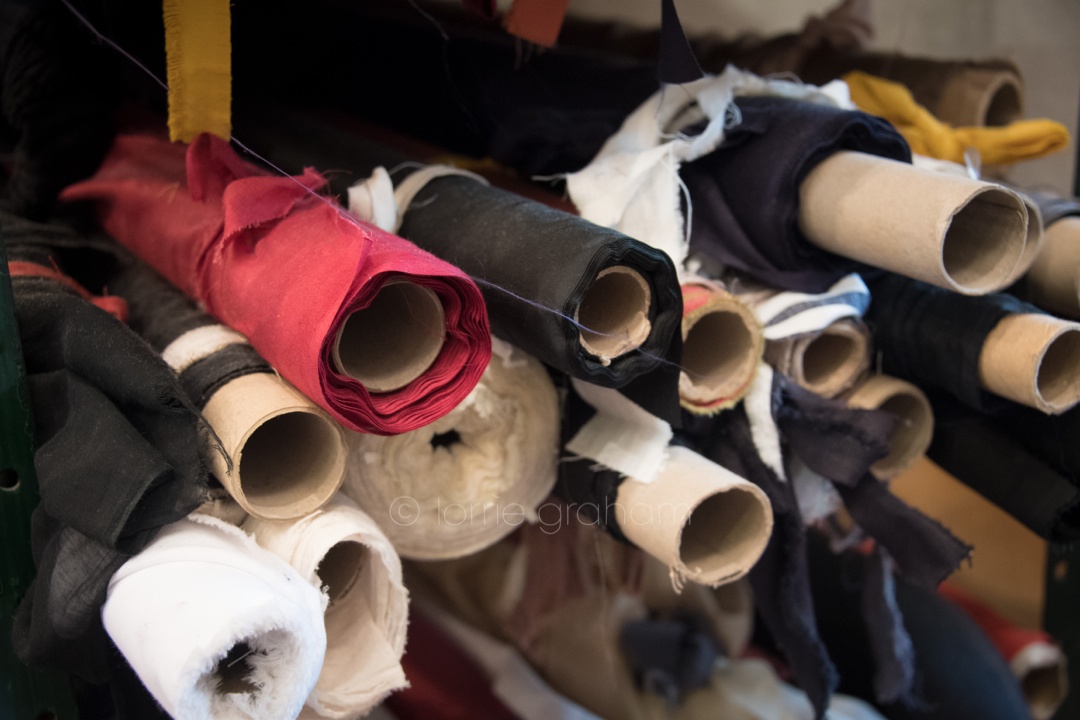 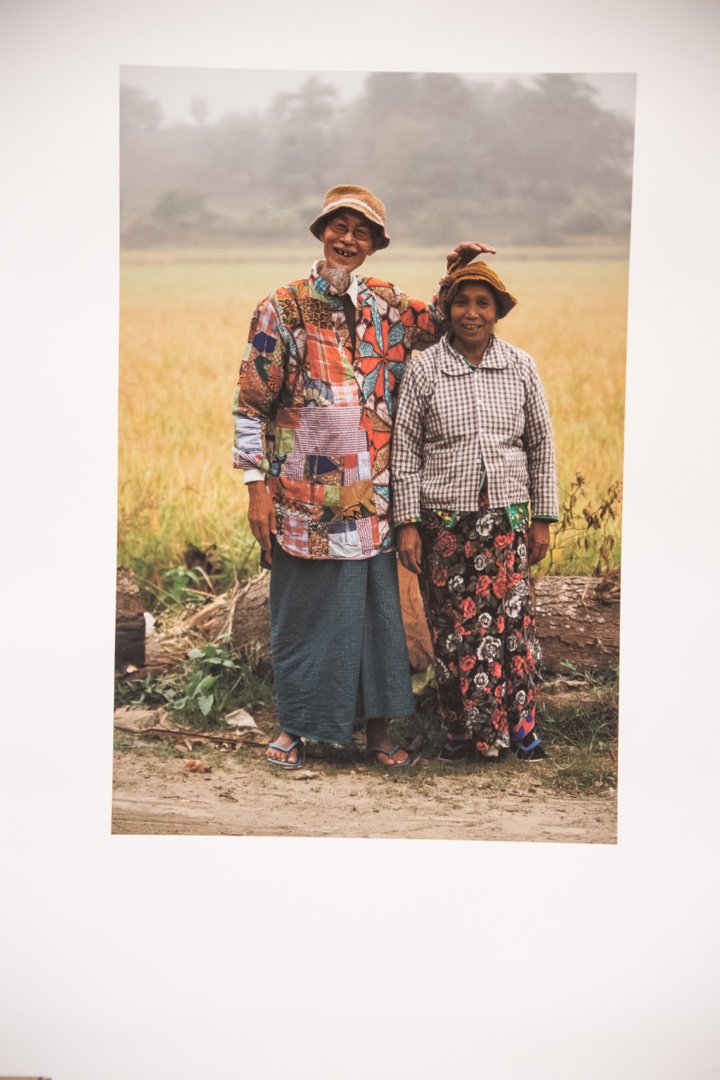 So we hire a Gallery in the Marias ( Paris) the Galleries rent there spaces out to small designers. Quirky, alternative designers like Elena Dawson and Japaneses designers and its a smallish area that the buyers who want that type of design can pop around.

in the first season we just hired an apartment, thought we could do without a gallery, which was very funny..we almost pulled it off, but the next season we we got a gallery and did it the proper way.

That Season we had Rae Kawakubo outside our gallery ( the singular designer of Commes des Garcons who opend a Multi brand store in London , New York, Tokyo called Dover Street Market) , we almost died, it was very exciting. The next season DSTM came and bought for Tokyo. That was my aim to sell to Dover Street Market, it was a good achievement, it was great because I’m not interested in wholesaling to vast numbers, I’m just really curious to see how my clothes will go in certain types of shops 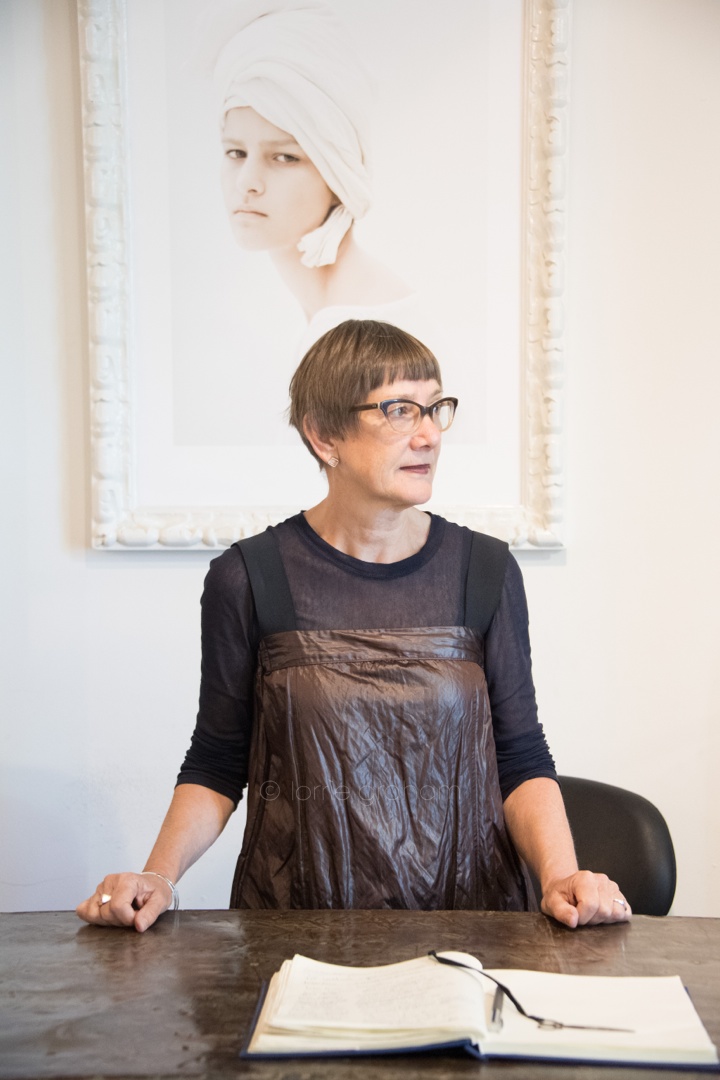 Some women just don’t seem to understand sculpture in clothes. They’re after body conscious clothes for some obscure reason they don’t understand that clothes can be their own shape they don’t have to follow your body.

Lots of other countries get it, but Sydney has been a bit slow, I mean there are some who get it, but we are very unknown in Sydney.

I’m really not that bothered about selling vast amounts, I’m much more interested in getting into the right places. I want to do this I don’t need to do this, which is nice…It is one of the nice things about our age..if I was 25 I would be begging for it. 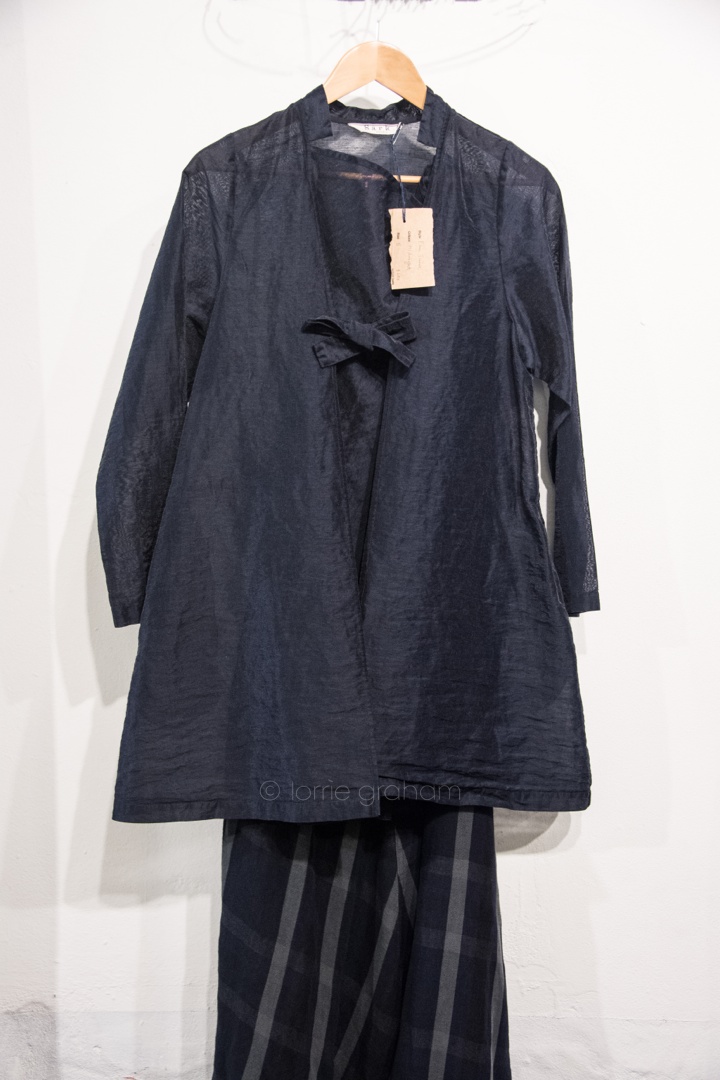 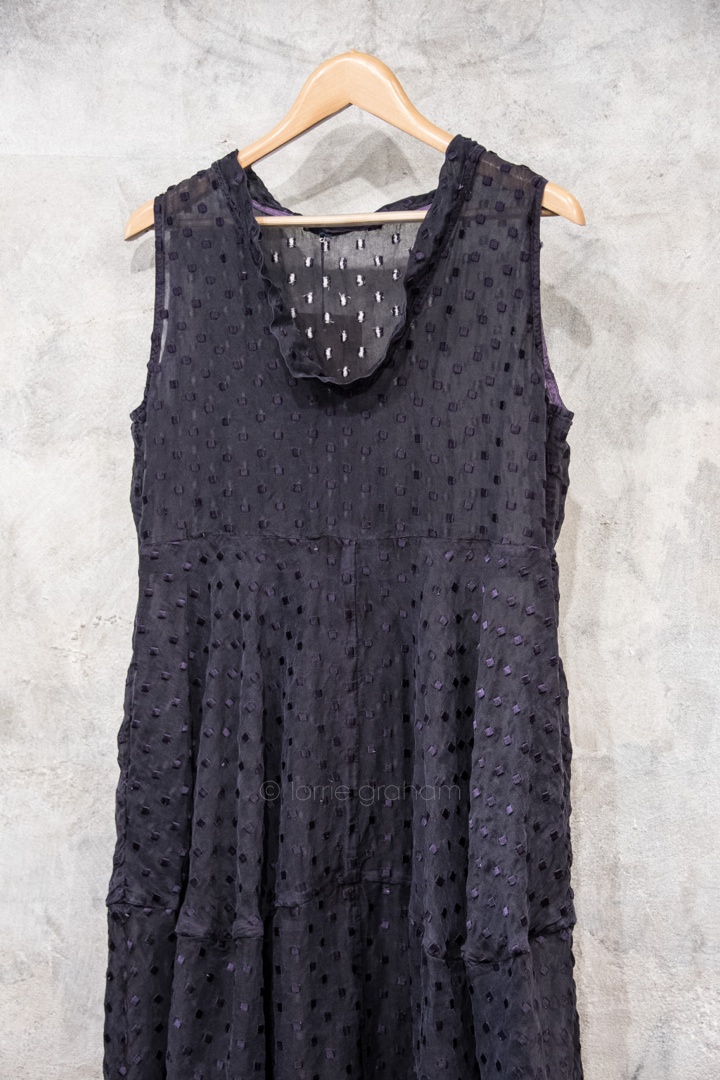