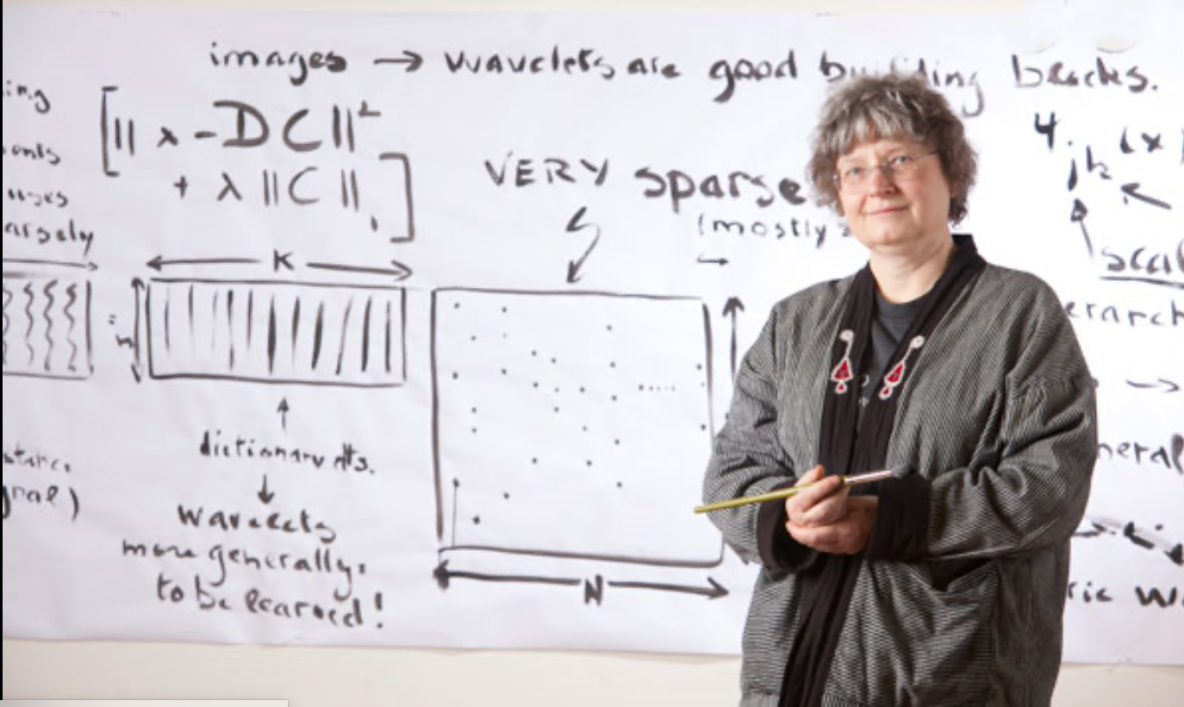 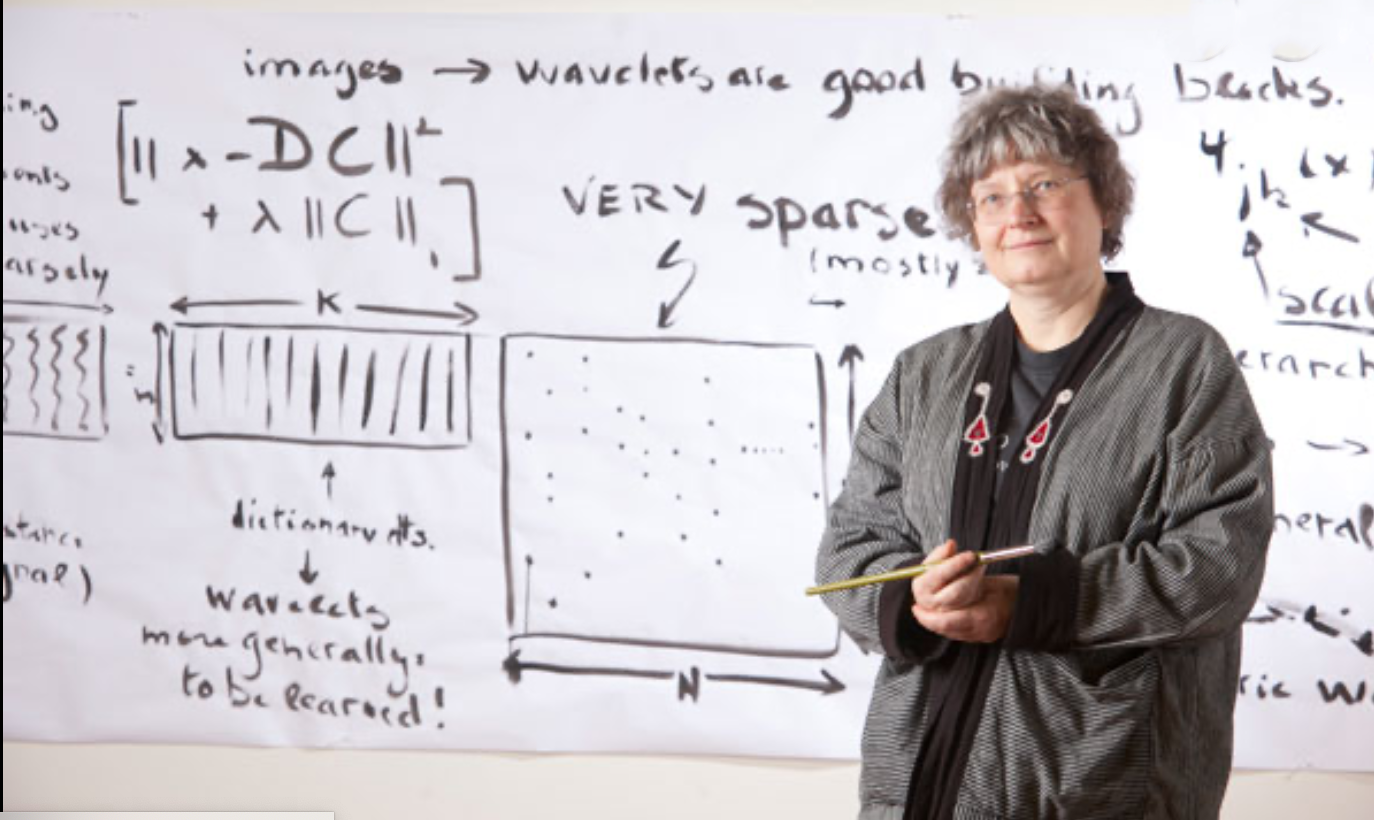 The Godmother of the Digital Image, the mathematician Ingrid Daubechies’ pioneering work in signal processing helped make our electronic world possible — and beat a path for women in the field.

By Siobhan Roberts for  The New York Times

In the summer of 2010, while preparing for a long research trip to Madagascar, the mathematician Ingrid Daubechies bought a 50-inch flat-screen TV for her husband, so he could invite friends over to watch Premier League soccer games. After setting it up, the couple turned on a match, and while Daubechies’ husband, the mathematician and electrical engineer Robert Calderbank, became transfixed by the action, she got distracted. “Oh, wow!” she said. “They use wavelets!”

Wavelets are versatile mathematical tools that can be thought of as a zoom lens, making it possible to spotlight the information that matters most in an image. The telltale signs of wavelets that Daubechies spotted were on the field, pixelating at larger scales, producing a fuzzy patchwork of green. “Look here,” she exclaimed. “You can see artifacts in the grass.”

“Yes, yes,” Calderbank replied. “Who cares about the grass?” He just wanted to watch the game.

A professor at Duke University, in Durham, N.C., Daubechies’ métier is figuring out optimal ways to represent and analyze images and information. The great mathematical discovery of her early career, made in 1987 when she was 33, was the “Daubechies wavelet.” Her work, together with further wavelet developments, was instrumental to the invention of image-compression algorithms, like the JPEG2000, that pervade the digital age. “Mathematical caricature” is how Daubechies sometimes describes the way digital images strive to capture our reality with exaggerated simplifications, reducing what we see in the world to its essential features through pixel proxies and other mathematical manipulations. Wavelets can enable computers to provide greater resolution — functioning, in a sense, as human eyes naturally do, seeing more detail at the focal point and leaving the rest of the view comparatively blurry. (Daubechies, it might be worth noting, has a lazy right eye, and her left eye isn’t great, either.)

One mathematician refers to the protean talents of her former adviser by describing Daubechies as ‘the Meryl Streep of mathematics.’ 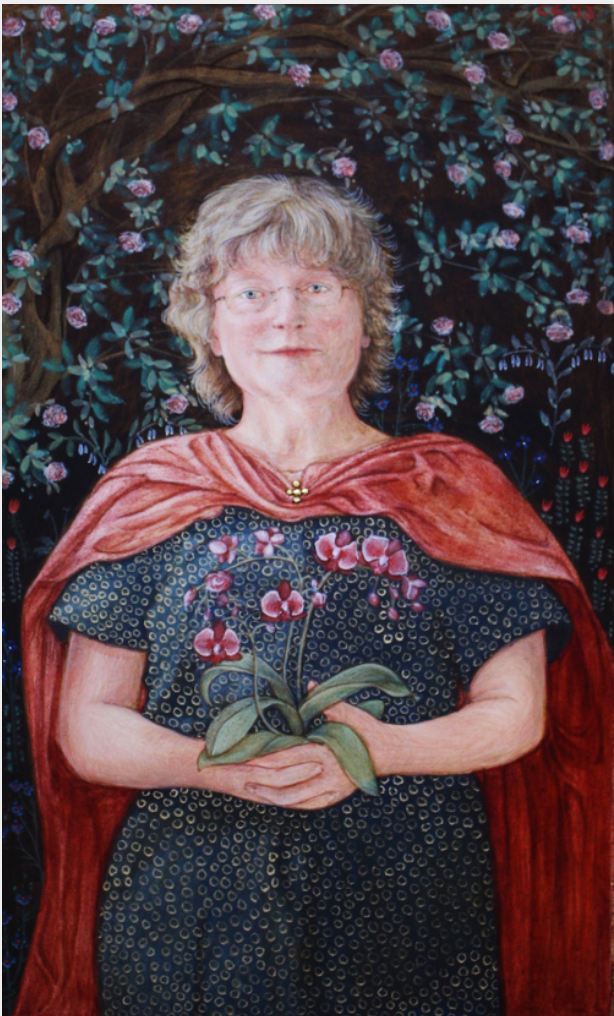 Calderbank’s amused indifference to the grassy pixelations nicely illustrates the power of wavelets: They find the action in an image, the important content. Little is lost if the grass is blurry. But when a goal is called back because of a questionable offsides decision, viewers and officials want to see fine-grained close-ups of the contentious moment. Daubechies is most famous as a pioneer of wavelets, but more broadly, her scientific contributions over the last three decades have rippled out in all directions from the field of “signal processing.” In mathematical terms, as in common parlance, a signal is something that conveys information.

Jordan Ellenberg, a mathematician at the University of Wisconsin-Madison who first met Daubechies in 1998 when they were colleagues at Princeton, points out that signal processing “makes up a huge proportion of applied math now, since so much of applied math is about the geometry of information as opposed to the geometry of motion and force” — that is, it’s more about the warp and weft of information than physical problems in, say, fluid dynamics or celestial mechanics. Daubechies has sought out all sorts of ways to engage in the digital transformation of society.

She has done key research studying analog-to-digital conversion technology, and through a tapestry of collaborations, she has brought her mathematical insights to areas of study including internet traffic, evolutionary morphology (analyzing data collected from lemur teeth and bones, starting with that Madagascar trip) and electrocardiogram abnormalities. Daubechies’ wide-ranging and collegial mind-set has amounted to something of a social movement, the Stanford statistician David Donoho says, with projects large and small that “send a beacon out.” He cites one of her more recent ventures: fine-art conservation involving the Ghent Altarpiece — “The Adoration of the Mystic Lamb,” a 15th-century polyptych attributed to Hubert and Jan van Eyck, arguably among the most important paintings in history. Time after time, Donoho says, Daubechies sparks research groups that signal: “This is a happening thing.”

Portrait above by Charlotte Caspers

Hit the link to read the full article...