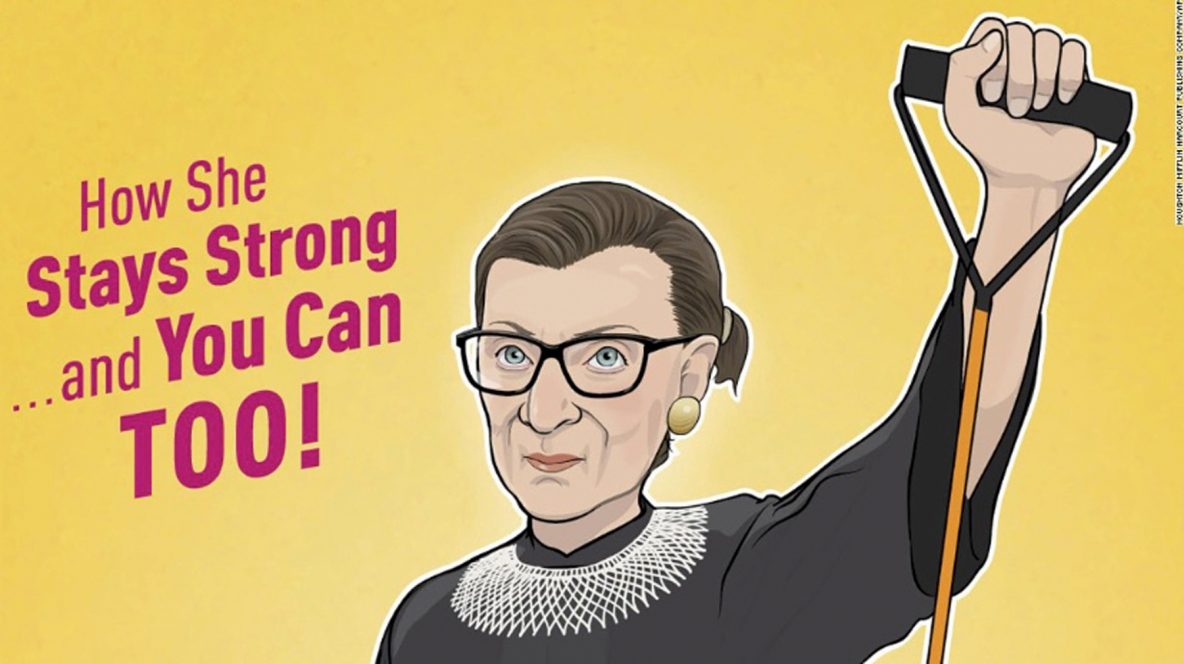 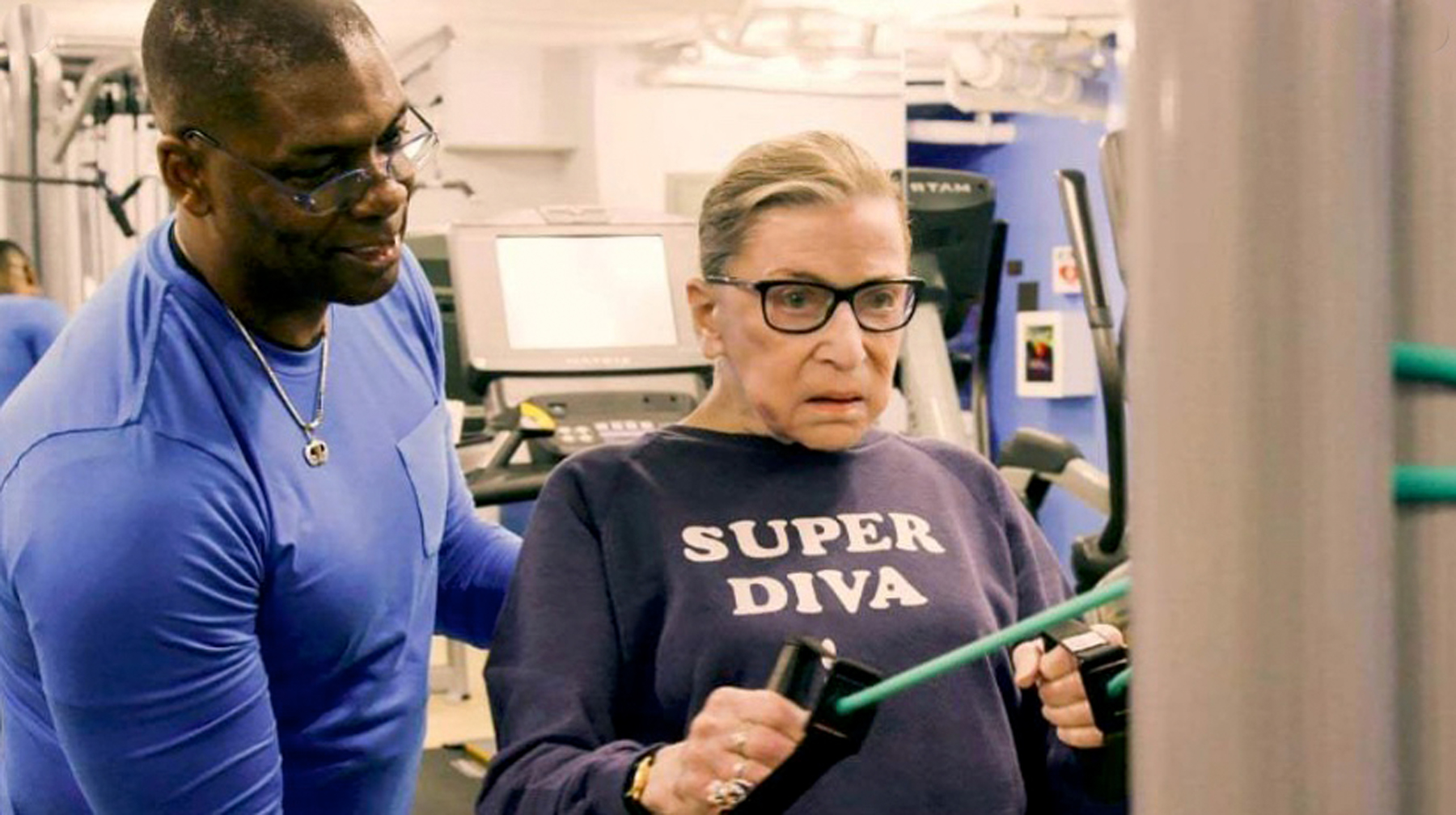 The justice’s legendary gym habit showed you could be smart, powerful and strong all at once.
A few years ago, I realized the only fitness idol I needed was a brilliant octogenarian Supreme Court justice fighting her fourth round of cancer on a few hours of sleep and a withering regimen of push-ups and planks.

Even through the pandemic, CNN reported on April 1, Justice Ruth Bader Ginsburg kept up the grind, continuing her squats and presses at the Supreme Court gym. Her workout attire included sweatsuits with cheerful variations on the term “diva.” She gritted her teeth and didn’t hide that she was trying. She kept her glasses on.

Amid a virtual onslaught of etched-out abdomens and “fitspo” hashtags urging us toward maximum hotness, it was remarkable to have an 87-year-old woman whose trademarks included a combination of fierce intelligence, stubborn longevity and physical strength emerge as not just an American icon but also a fitness icon. Justice Ginsburg was notable for embracing exercise as a performance tool — not for boosting how she looked, but for how she worked. Watching her invest in her own strength for the sake of it felt like the literal definition of empowerment.

Her athleticism — like so many parts of herself — was something she defined on her own terms, on whatever schedule was available to her. 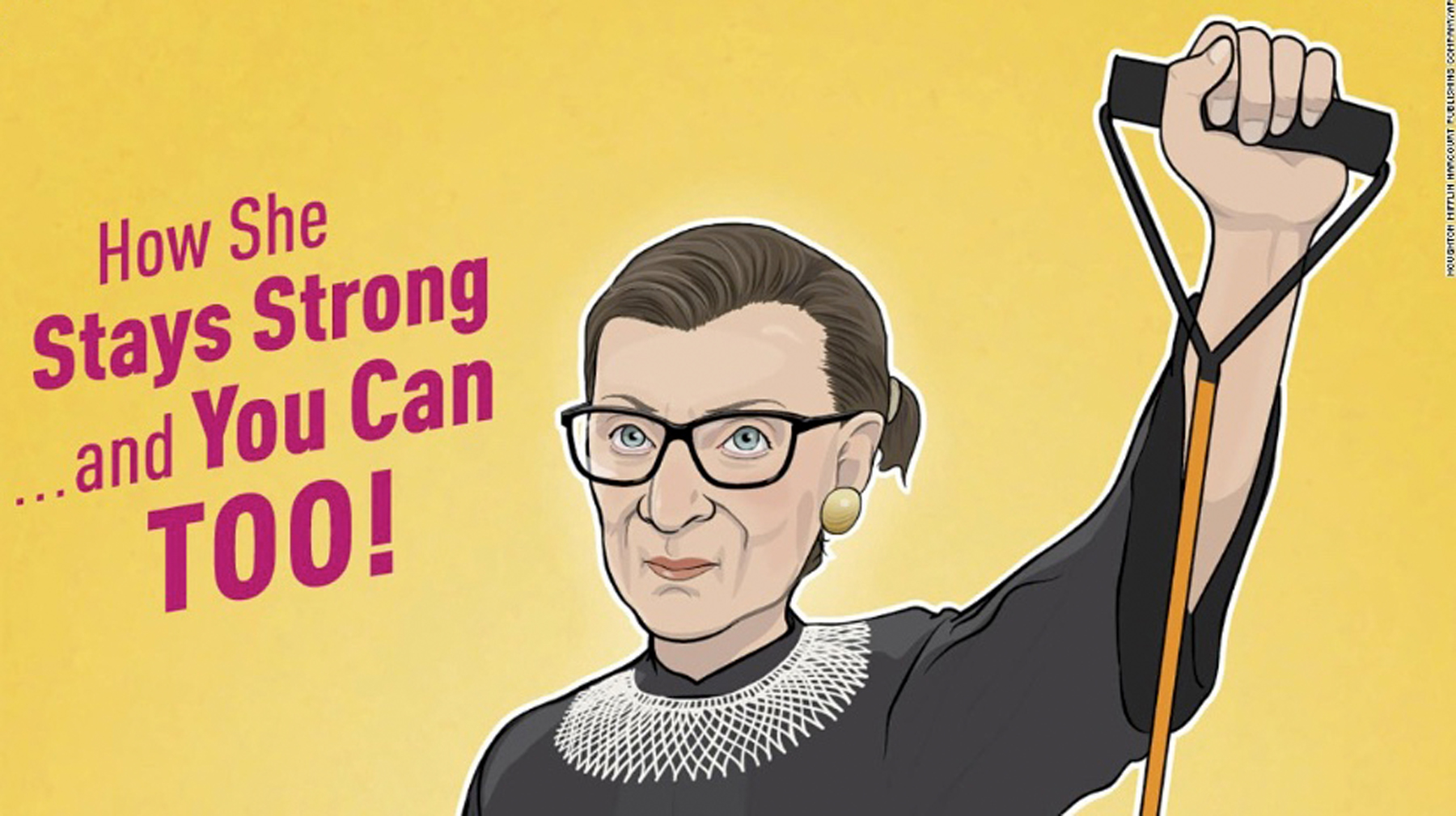 As the journalist Irin Carmon noted: “One reason Ginsburg might have been reluctant to retire is that like many women of her generation, it took so long for her to get a chance, and even longer for her to become the person she was supposed to be. She did not even begin to be a ‘flaming feminist litigator,’ as she would later describe herself, until she was 37 years old.”

Discovering her athletic potential came even later, long after most conventional definitions of one’s physical prime. Growing up in the typical postwar American environment where the boys played the sports and the girls watched (or in her case, twirled batons), Justice Ginsburg started working out only in her final quarter of life, as a means of advancing her recovery from colon cancer in 1999.

That was when she started lifting weights. And doing squats. And arm presses. Toning her 66-year-old arms, chest, legs, back, shoulders, glutes and abs. By 2017 when someone asked her who the most important person in her life was, she joked that it was her trainer, an Army veteran named Bryant Johnson.

“I found each time that when I’m active,” she explained in 2019, “I’m much better than if I’m just lying about and feeling sorry for myself.”

It’s hard to think of another older American woman who has simultaneously been renowned for her formidable intellect, her professional power and her gym habit. (Of course, that may be because when it comes to analyzing female leaders, we simply have fewer to choose from.) We live in a culture that still loves to separate jocks from nerds. Regardless of your gender, Justice Ginsburg’s example suggested that those divisions are false — you can be smart, powerful and strong all at once. 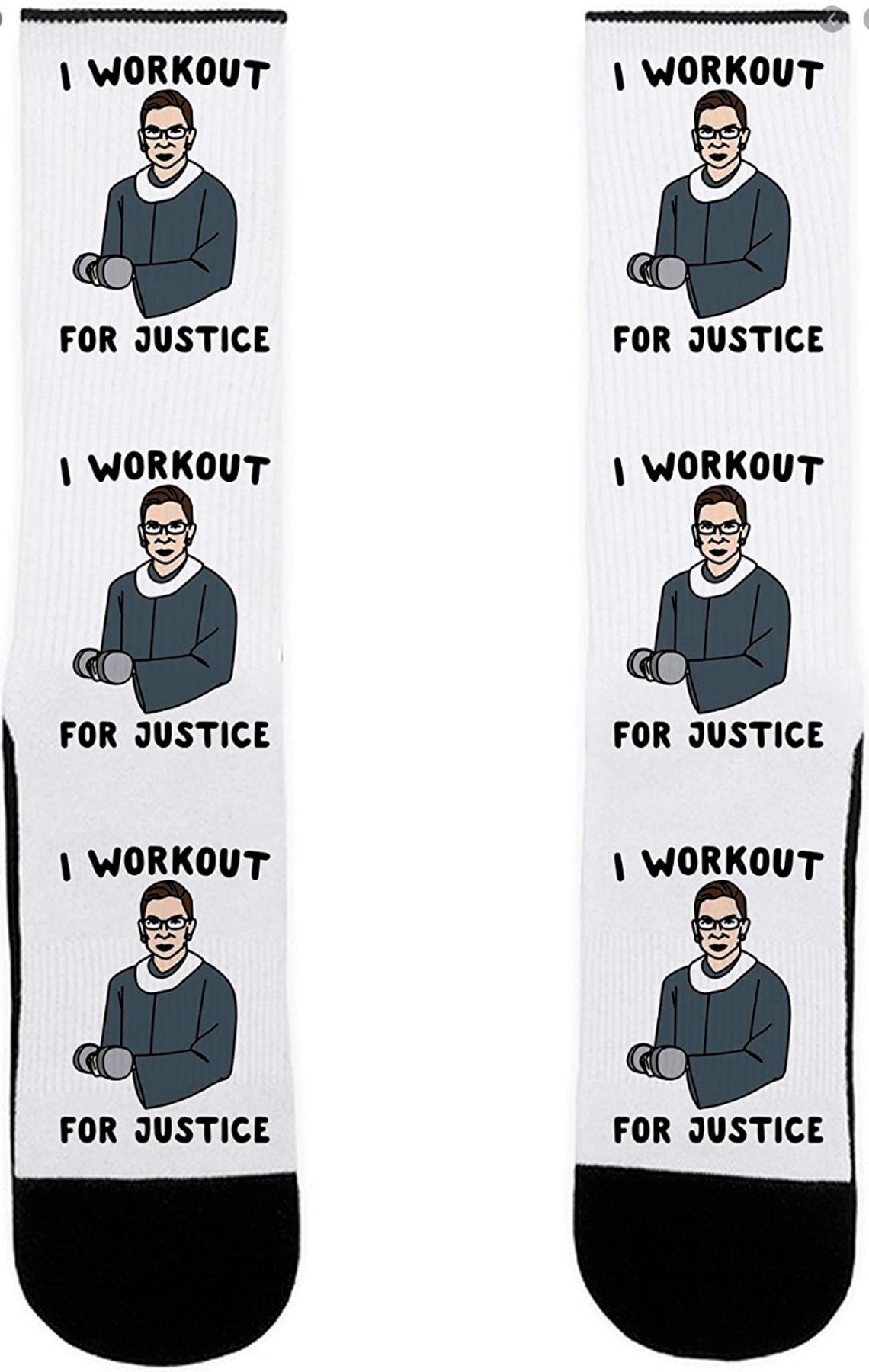 Justice Ginsburg’s value as a role model for the hundreds of women who’ve followed her into the law and onto judicial benches across the country has been well appreciated and will, rightfully, make up the bulk of her legacy, along with the ways she helped shape the law to support under-represented groups in court. But to me, it was also powerful to watch her lead by example in terms of shaping what it means to act like modern older woman, especially when it came to her relationship with her body. Justice Ginsburg upended models of what exercise for women can be, particularly for older women in a country that values youth. She wasn’t working out to look smaller, to take up less space. Her gym habit was both a visible symbol of her toughness and her willingness to reinvent herself, but also a signal of her determination to endure. And if she could, I could. The last time I was tired from a marathon session of Zooms, I remembered that three weeks after major cancer surgery in 2009, Justice Ginsburg still showed up for the State of the Union address. What was my excuse? I went for a jog. When I was sick of running last fall while training for a race, wondering if my fastest times were behind me, I remembered that well into her 80s, Justice Ginsburg was still doing 20 push-ups, sets of 10 at a time, and she wasn’t exactly sleeping in either. I could do the final few miles. I could handle the pace, too. When I was tired last night writing this, fretting over unsent emails and languishing lists of to-dos, I remembered that just months ago, Justice Ginsburg criticized her fellow justices for leaving “women workers to fend for themselves” when it came to contraception, participating in the case’s oral arguments from a hospital bed because of a gall bladder condition. She didn’t give up. I was fine. Lindsay Crouse (@lindsaycrouse) is a senior staff editor in Opinion.