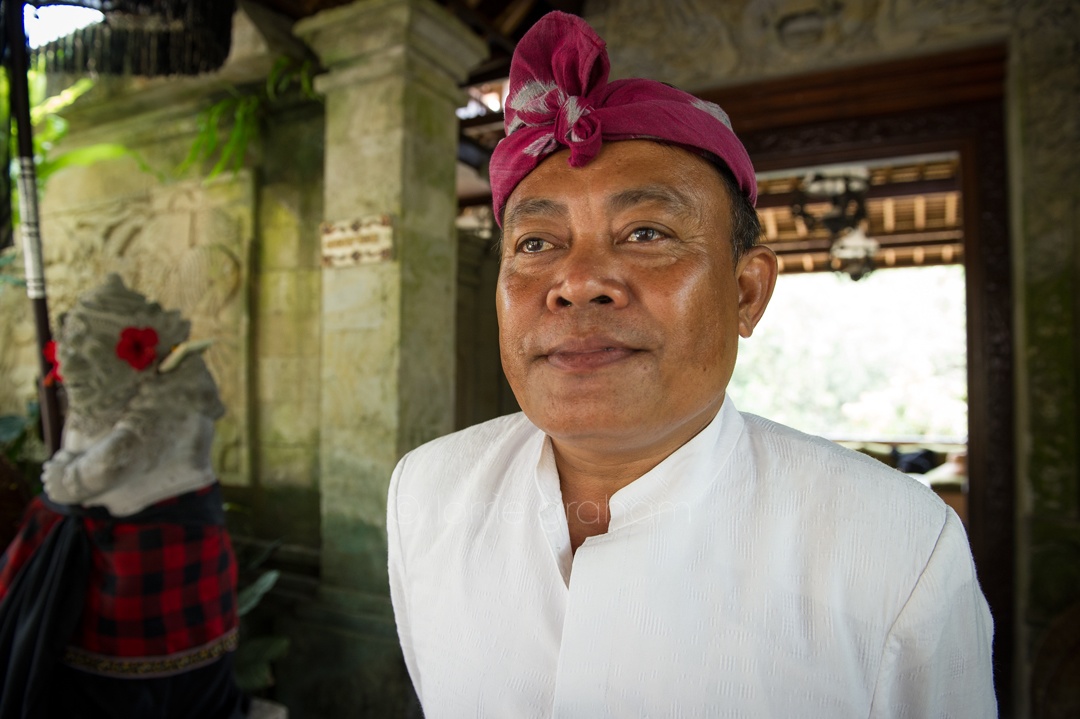 Built in 1928 for guests of the Royal Prince of Ubud, Hotel Tjampuhan came to prominence in 1934 when it became the starting point of “Pita Maha”, a creative association founded by Tjokorda Gde Agung Sukawati and the noted Western artists Walter Spies and Rudolf Bonnet.

“Pita Maha”, which translates as “great shining”, fostered and promoted the talents of many great Balinese artists.

At the junction of two sacred rivers, the hotel faces the 900-year-old Funung Lembah temple complex. The 67 roomed hotel clings to the steep sided valley, stairs and paths meandering through lush gardens. This is not the place for anyone with knee issues.  Attracting a very broad international clientele, so I think seen as a safe bet, the food can be a little bland. However the dining room is dramatic and lovely place to linger over a full buffet breakfast.

The hotel has a large spa built into a rock grotto with massage tables hanging over a swift flowing river. The spa and pool attract – a day visitor – who are allowed to use the hotel facilities, this is great for the day visitor not so great for the hotel guest as the pool areas have limited lounges.

The staff at the hotel can be rather imperious not something we had ever experienced in Ubud.

We stayed at the heart of the hotel in the historic former home of Walter Spies…this has it’s own blog.