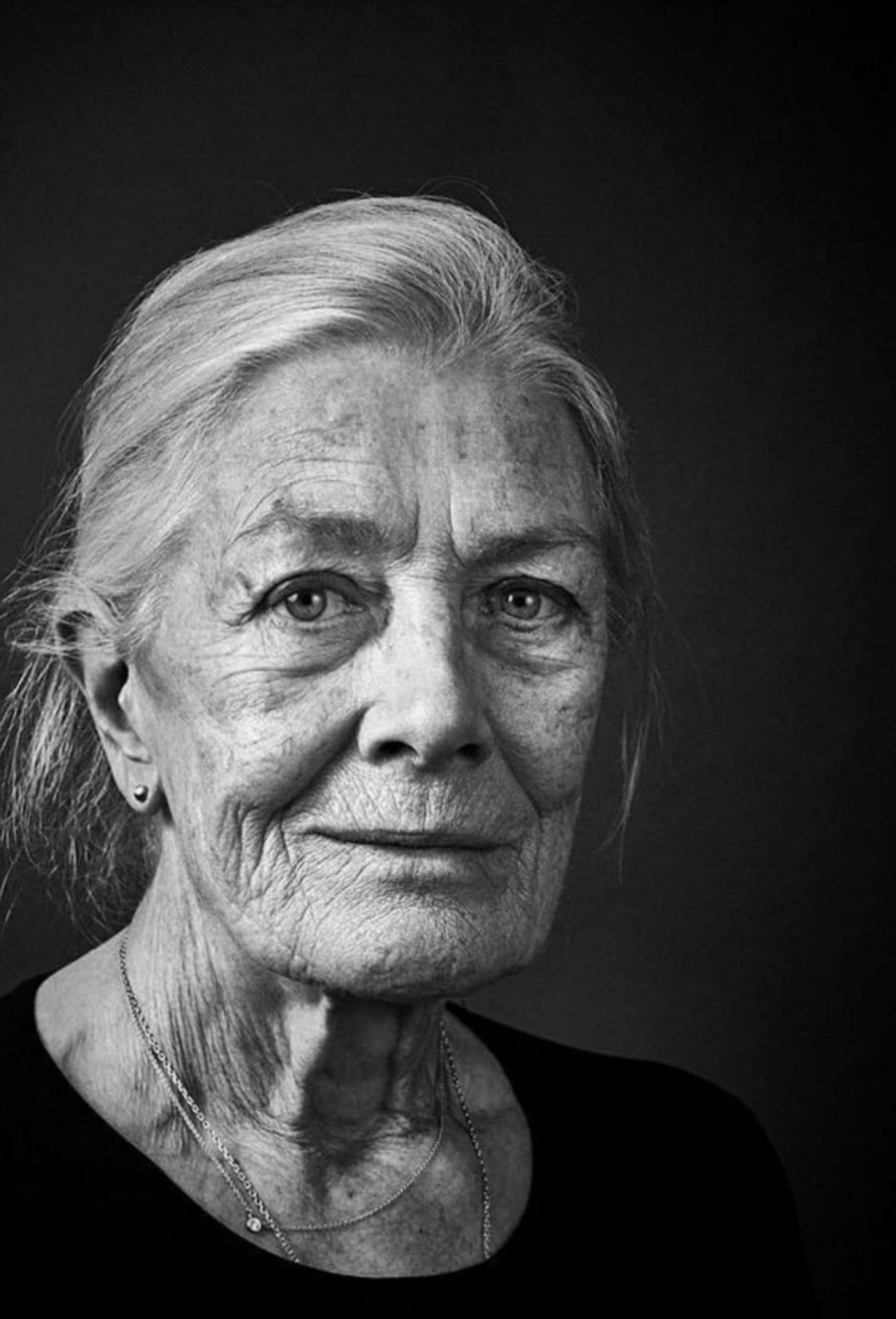 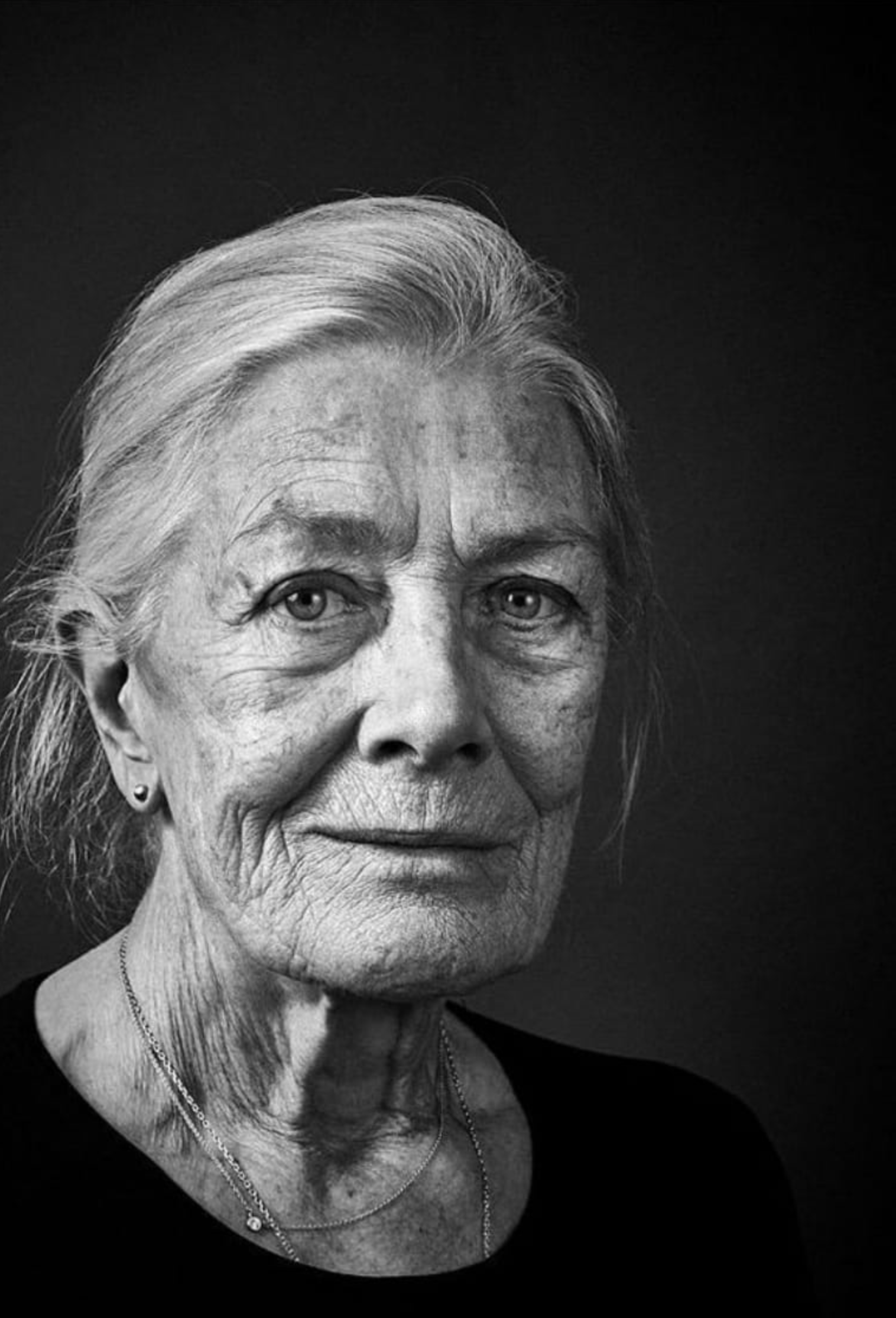 Vanessa Redgrave, famously hailed as the "Greatest Actress of our Time" by Tennessee Williams, celebrates her 84th birthday this Saturday. To mark the occasion, we're making her our British Icon of the  Week and recapping some of her greatest achievements as an actress and activist.

This from BBC America...

I couldn't find a credit for this beautiful portrait.

Redgrave's political proclamations have at times caused controversy, but there's no denying her courage, conviction, and immense skill as a performer.

1. She was the 14th actor to complete the Triple Crown of Acting by winning an Academy, Emmy, and Tony Award.

Redgrave won her Academy Award in 1978 for Julia, her Emmy Awards in 1981 for Playing for Time and in 2001 for If These Walls Could Talk 2, and her Tony Award in 2003 for Long Day's Journey into Night.

She's also racked up a further 11 nominations across the three award guilds.

2. She's a member of the great Redgrave acting dynasty.

She's also the mother-in-law of Liam Neeson, who was married to Redgrave's daughter Natasha until her sad death in 2009 from an epidural hematoma after hitting her head in a skiing accident.

3. She married her second and current husband, Italian actor Franco Nero, in a 2007 wedding ceremony that wasn't legally binding.

"Our kind of marriage ceremony wasn’t the kind people consider to be normal, which I consider to be abnormal. It was a personal pledge, which was lovely. We have no other commitment to each other. We know that we love each other and that’s not going to change," she told The Times in 2013.

4. She turned down a Damehood because she objected to Prime Minister Tony Blair's decision to enter the Iraq War.

"I'm not against the Royal family; they do many good things and the Royal family in England is one of the red lines that can save England at certain moments," she said at a 2018 event attended by The Hollywood Reporter. "(But) it isn't the Royal family or the Queen who offers the honor, it's the government of the day. So I would never say I refused an honor from the Queen. But I could not and would not accept any honor from Mr. Blair, when he has taken our country, and so many people, to war on the basis of a lie."

5. She made her directorial debut with 2017's Sea Sorrow, a documentary film about child refugees in the European migrant crisis.

"What I wanted to do," she told The Guardian at the time, "was to have people see this film and see these refugees and think 'that's one of us' as opposed to ‘that’s one of them.'"

6. She quit smoking in 2015 after suffering a near-fatal heart attack – and has spoken incredibly candidly about her health scare.

"I do miss the cigarettes,” she told The Guardian in 2018. "But I'm so glad I haven’t smoked, not even one puff, since I was in hospital. I stopped because I decided that I wanted to live. There was a point in the hospital when I thought that I didn’t, that it was too hard to struggle. Then I decided that no, I had more energy than I thought."

7. Jane Fonda, her co-star in Julia, calls Redgrave her "professional idol." She even named her daughter Vanessa after her.

"There is a quality about Vanessa that makes me feel as if she resides in a nether-world of mystery that eludes the rest of us mortals," Fonda writes in her 2005 memoir My Life So Far. "Her voice seems to come from some deep place that knows all suffering and all secrets. Watching her work is like seeing through layers of glass, each layer painted in mythic watercolor images, layer after layer, until it becomes dark — but even then you know you haven’t come to the bottom of it."

8. Though her political views have at times been controversial, she insists she has no particular allegiances these days.

"Nothing I do is political. Nothing. I campaign for human rights based on human rights law. That for me is the be all and end all. People can decide what they think about me — that's up to them. But the political me was a very long time ago," she said London's Evening Standard in 2015.

9. To that end, she's worked as a UNICEF Goodwill Ambassador since 2015.

According to the international children's charity, Redgrave has "traveled extensively with UNICEF to Albania, Macedonia, Palestine, Israel, Brazil and most recently in September 2018 she traveled to Lebanon with UNICEF to meet with vulnerable Lebanese, Syrian and Palestinian children and their families.

Her understated and humble acceptance speech is very touching – and look out for proud daughter Joely in the audience.