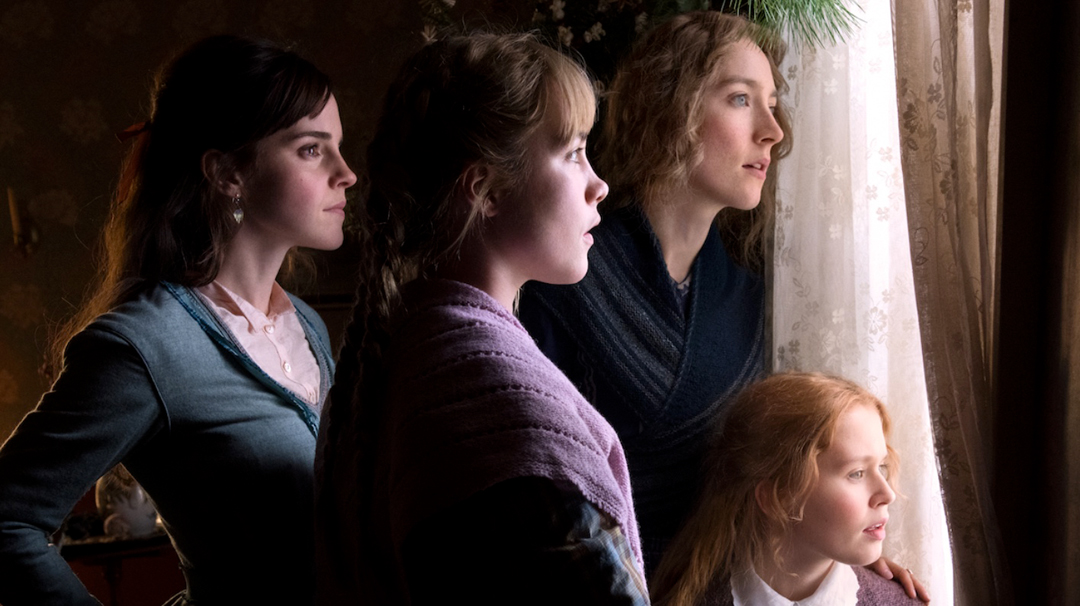 After Star Wars, and Cats, and Frozen 2, surely the most anticipated movie of the holiday season has to be Little Women (out December 25), writer-director Greta Gerwig’s adaptation of Louisa May Alcott’s beloved 1868 novel. People so adored Gerwig’s last film, the Oscar-nominated Lady Bird, that the prospect of her warm, witty aesthetic mixing with Alcott’s similar vibe is a big punctuation mark on the end of the movie year.

And that cast! Gerwig wrangled her Lady Bird stars Saoirse Ronan (as headstrong writer Jo) and Gen-Z dream date Timothée Chalamet (as frustrating love interest Laurie) back into her company. Joining them are Emma Watson (Meg), Florence Pugh (Amy), Sharp Objects breakout Eliza Scanlen (Beth), and, y’know, Laura Dern and Meryl Streep. It’s as if a certain subset of Film Twitter willed a movie into being via collective meme-wishing.

In practice, Gerwig’s film is a humbler thing than all the pomp of its steady stream of casting announcements suggested. Which likely means that, for some, Little Women will arrive as a mild let-down. Not a disappointment, really, just not quite as full a film experience as they’d hoped. For others, including the many teary, sniffly people in my screening audience, the film ought to perfectly satisfy the promise created by its very existence: a strong cast works well in a charmingly mounted version of a cozy old story.

I do wonder, though, what people who are not intimately—or at the very least passingly—familiar with Alcott’s novel or any of the previous film adaptations will think of it. Because Gerwig, in her version, hurries through the episodic structure of the story at a breezy clip. Little Women pauses here and there for a slower, more considered moment of raw emotion or sunny melancholy, but mostly the film zips along as it hits every little anecdote-like scene, playing more as visual supplement to those reading along at home than it does as a standalone film. As too often happens when a screenwriter adapts something they love, Gerwig is too concerned with cramming in every plot beat from her source material. So she rushes from one narrative stepping stone to another, at the expense of a lot of dramatic tension. Little Women may be confusing for the uninitiated. It’s dutiful to Alcott in its way, but is sometimes heedless of the potential blindspots of its audience.

Gerwig does deviate from the novel in one big way: she splits it into two timelines, one in which Jo has already left her shabbily well-appointed home in Concord, Massachusetts to pursue life in the big city (which enables the movie to add some meta touches about the writing of Little Women), the other cluing us in on past events from Jo and her sisters’ youths. At times, this cinematic conceit works well; a story about the ramble of everyday life can grow that much richer when bathed in the glow of memory. But as the movie wears on and more serious things occur—a dire illness, a declaration of love gone unrequited—we’re often spoiled in the future/present before we’ve gotten a chance to see the thing happen in the past. This renders certain big scenes inert, moot. They’re a little beside the point when we’ve already been told what they resulted in.

I can, of course, understand Gerwig’s inclination to make her film distinct from the others before it, and to perhaps lend it the literary weight that a bookending framing device can sometimes offer. But there’s ultimately no real, crucial reason the story had to be told non-linearly, at least not when it’s done so choppily, often giving the game away too soon while also not making clear enough visual distinction between what’s happening when. That said, Gerwig’s adaptation does suss out the formal sparkle of Alcott’s writing quite well, which is where Gerwig’s ardent love for the original text becomes an asset, rather than a hindrance.

Little Women does many other things well, too. Ronan, just 25 years old but already deep into a Great Actor career, gives perhaps my favorite performance of hers to date—or, at least, her most arrestingly grown-up. She’s honed her wunderkind skill and can now carefully, deftly calibrate it. Ronan keenly realizes Jo in all her conflicted loyalty, the struggle between her familial contentment and her yearning for something more. It’s a pure pleasure watching Ronan tread through the years of Little Women, to follow her sturdy, engaging energy as Jo’s life and the lives around her undulate with triumph and tragedy. Chalamet seems awfully boyish in contrast to Ronan’s confident posture, but the two still crack on together, a flirtation grounded in a deeper sort of connection.

Ronan is perhaps best matched by Pugh, a rising talent who gives Amy a pleasingly sharp edge to complement her youngest-sibling naïveté, that longing to be counted that so often manifests as bratty petulance. Sure, it’s a little hard to buy Pugh as the baby of the family, but in the future scenes—especially when Amy is warily courting with, uh, spoiler—Pugh lends a welcome flintiness to a movie otherwise so bighearted, so rosily pure of spirit.

I won’t go through all the other players in the ensemble, but most of them inhabit their roles with just the right pep and insight. (Only Watson, as dour eldest sister Meg, runs into some flatness.) Gerwig has a lively, natural directorial rapport with actors, creating comfortable spaces in which they can more easily form organic bonds. Little Women is nicely textured in that way, possessed of all the easy chatter and squabble of people who genuinely know one another.

Gerwig perhaps relies a bit too heavily on Alexandre Desplat’s score, which constantly thrums through the movie’s montage-y patter. But when a stretch of music really lands, it fills the film with a sweet and homey ache. (As does Yorick Le Saux’s supple cinematography.) That is Gerwig’s Little Women at its best, when it captures the alternately chipper and bleary mood of the book, the feeling it evokes when reading it—or, maybe more accurately, when one remembers reading it. This Little Women is, in some ways, a very finely tailored piece of nostalgia content. It’s far more vibrant and resonant than some website listicle, to be sure. But it still serves the same function. It’s a paean to the loving of a thing, rather than a movie that gives that thing an entirely new existence, free-standing and self-possessed in its own right, despite Gerwig’s narrative tinkering.

Don’t take that as any sort of reason to not see the film, though. It’s often a lovely experience, to sit with Gerwig’s ardor, to feel the warming beam of her cast radiating off the screen. I left the theater with eyes brimming. I only wish that the film’s spell was cast a bit less briskly, that Little Women allowed for the slowness of real growth as its sisters meet the joys and pains of being in the world. Youth is fleeting. But a film about it needn’t be so.

This is a fabulous discussion with the director and the cast.... thank you Heather...