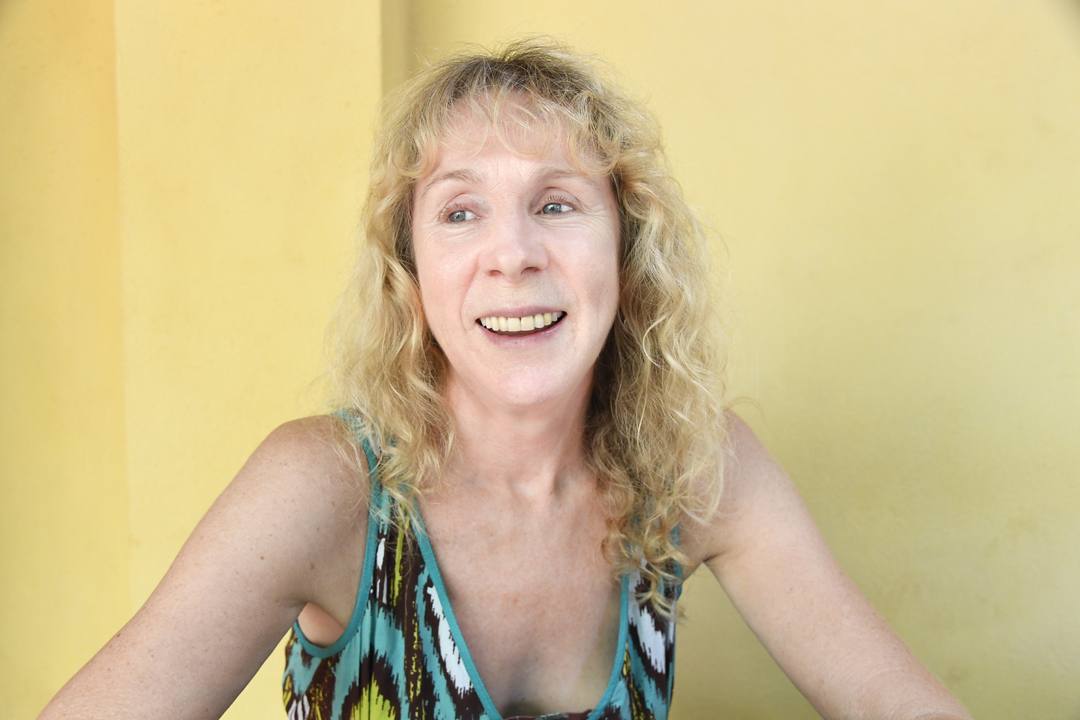 Meet Fiona Wilson of Casa Los Mangos a Casa Particular, Trinidad, Cuba. If you stay at this lovely property your experience of Cuba will be enhanced beyond expectations. I had a chat to Fiona about how she found herself in Cuba. Another 2 degrees of separation, she worked for Allen and Unwin Publishing. The company that had published two of my books, small world?

How did you end up in Cuba?

In 2002, a girlfriend I went to school with had a significant birthday, we decided to meet up and visit Cuba. I came directly from Australia via the States where I had some publishing work and she came from Mexico where she was travelling. We went to Havana for three days and then we came down to Trinidad where she got sick, so instead of the 2 or 3 nights we were here for nearly 10 days. I fell in love with the place and the family we were staying with.

I came back 6 months later and travelled around for a month then a year later I hired a car and went to places I couldn’t get to before. I always stayed with the same family. My Spanish teacher from that time is one of my closest friends here. 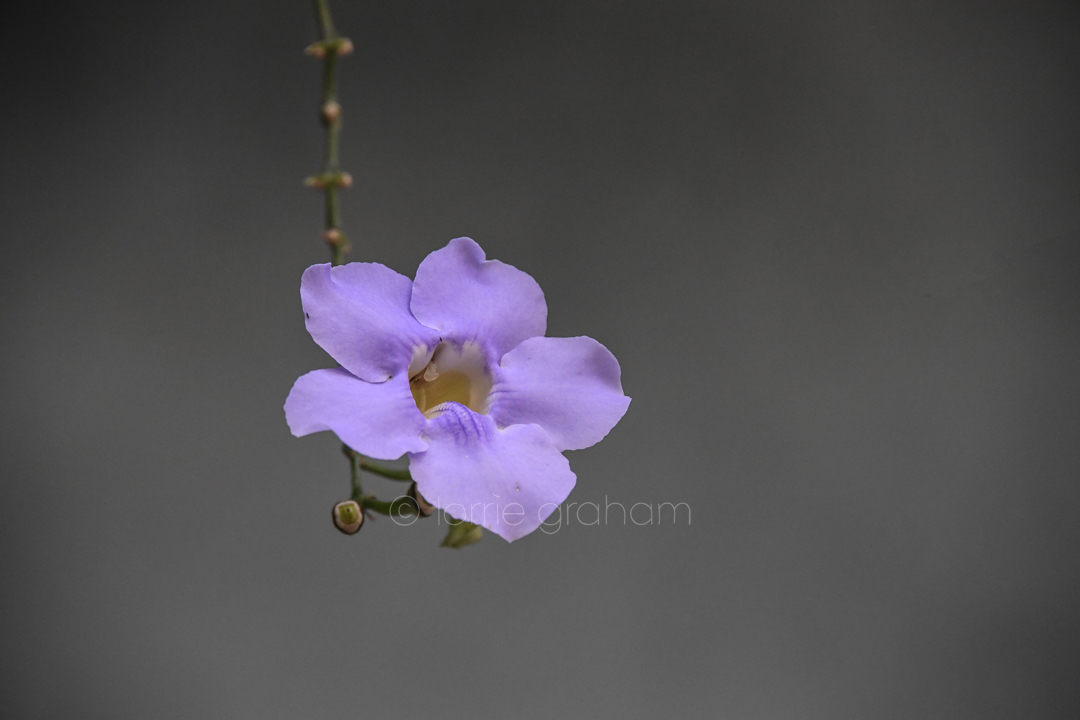 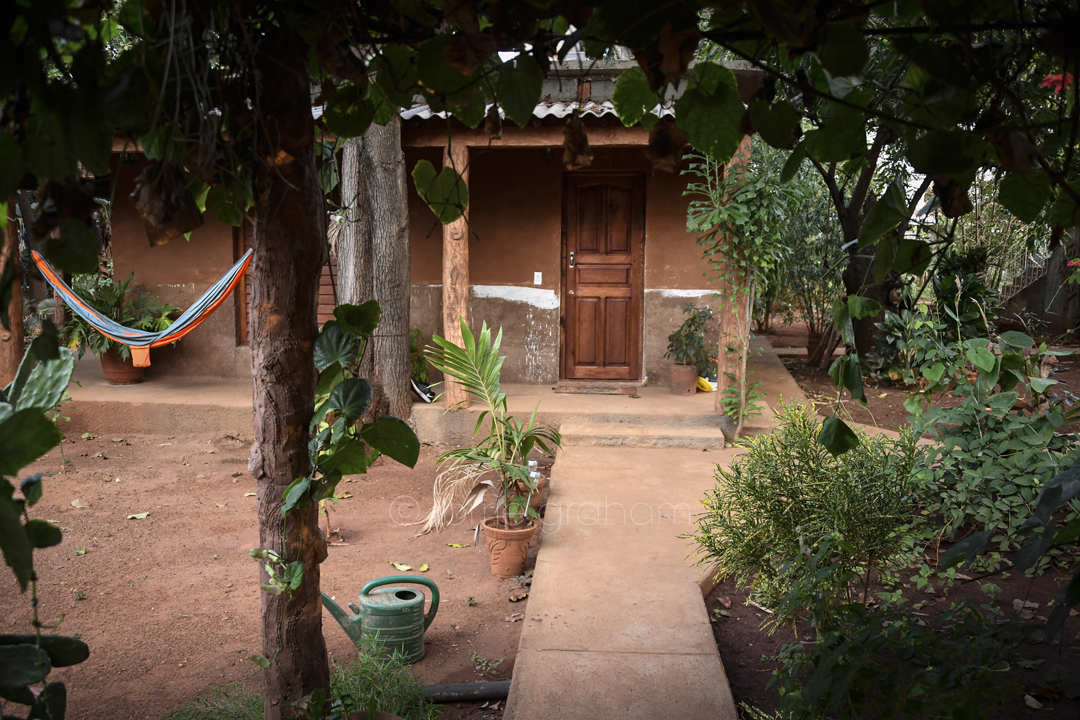 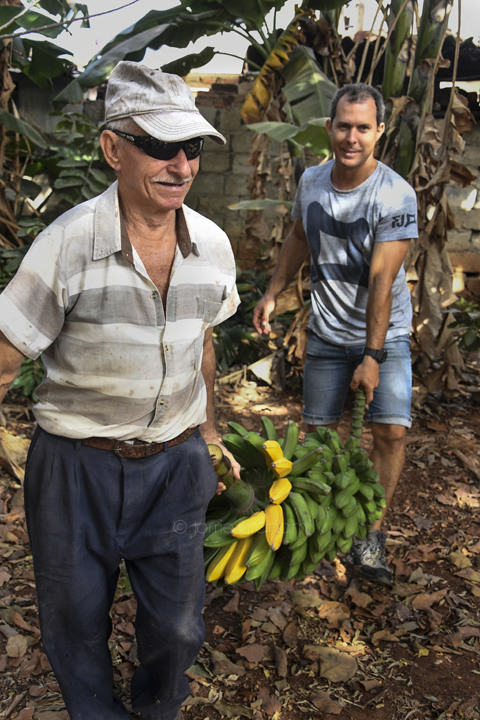 So why did you decide to move here?

I travelled here with some friends from the publishing industry in 2011 and some friends mentioned that I could come and live here because the Government was opening the country up to more tourism and it was also allowing more small business and more private enterprise. They had introduced a new permanent resident Visa for people who were married to Cubans.

I had always wanted to live in a Latin American country, learn Spanish, have a different experience. My first choice had been Peru, that was until I discovered Cuba.

I’d known Ossiel ( Fiona’s husband ) for many years. He was a friend of the family I stayed with. We had both been in relationships, but in 2011 we both found ourselves single, so everything just fell into place. Luckily, my ex partner also wanted to sell our house. The Government here had just allowed houses to be bought and sold. Before 2011 houses could be swapped or inherited but there was no real estate market.

I arrived here to live in 2012 just before Cyclone Sandy hit. We got married two months later and I put in my application for permanent residency. Then we started looking for a house. We had the idea that we would have a Casa Particular, which is a homestay.

Sadly the husband of the family I had been staying with died, so we stayed on there for 5 months to help them run the business. My translation skills were quite useful. Having English in the tourism industry here is becoming almost essential, travellers to Cuba, mostly, don’t speak Spanish and Cuba is not an easy country to navigate without local help 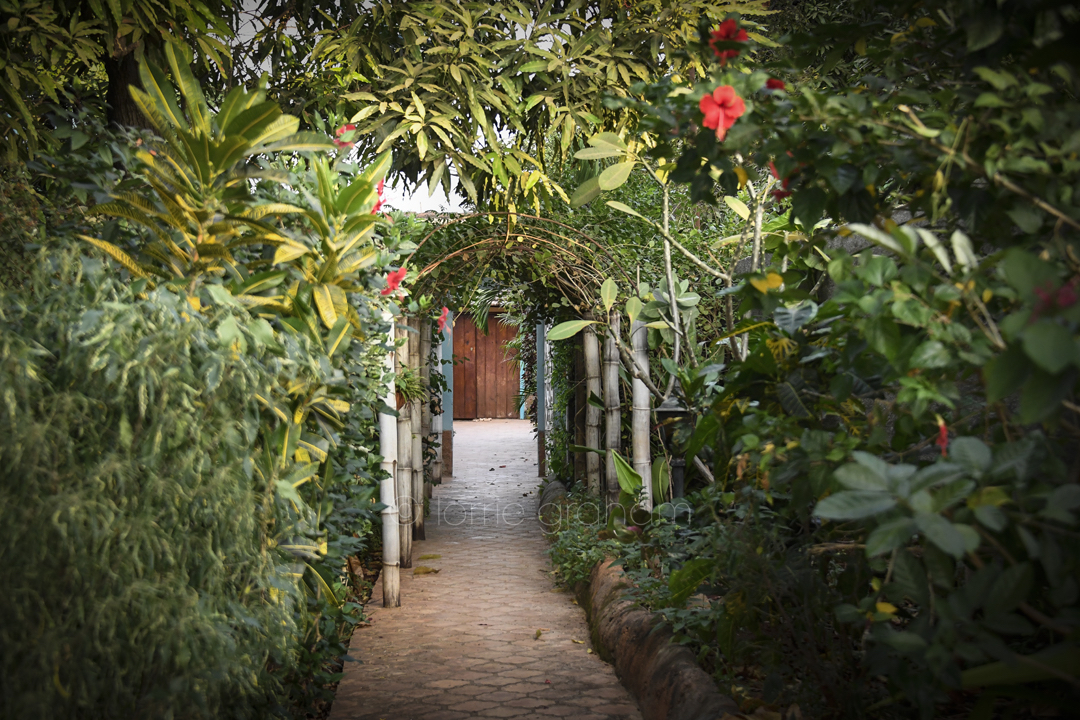 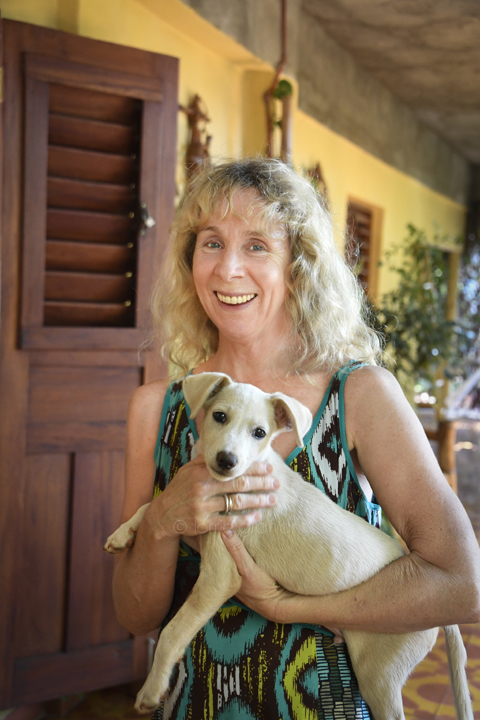 So how has it been?

Its’ been interesting …. much laughter…. always always challenging . I’m living in a third world country and a country that has an economic, shipping and banking blockade against it by one of the biggest economies in the world. There are always shortages …. basic things like soap and washing powder, but just about everything you need.

It’s getting better. Tourism has helped. But it is still a daily search for things. We are living the lifestyle my great grandparents would have lived. Going shopping every day and looking for things because if you have visited our supermarkets here you will know that you just couldn’t survive.

The renovation of our house took nearly a year. That was challenging, just trying to find concrete and sand, but we were luckier than most because we had the money to buy these things when they became available.

We were going to use an architect, but discovered that none of the builders or electricians here can read plans …. so that was a bit of a waste of money. But at least we could translate some ideas. However the men here are not used to having a female boss, so often they would just go off and do what they thought was best.

So the culture is pretty Macho?

Oh it is yeah…. it depends, some people are a little different, there is also a lot of xenophobia here because they have been cut off for so long. There aren’t a lot of foreigners who live here ….. so some people see us as aliens, a bit of disrespect or some can feel a bit intimidated.

You do notice how resourceful people are here

Yes, It’s cultural week in Trinidad next week. There will be a Carnival and the rides will be things like bikes or tri-cycles from the 1950’s. The children will line up to ride them. They don’t own these things. My husband Ossiel made a lot of our furniture, the electrics and helped with most of the building of our place. These skills are passed down from parents or taught by their relatives. 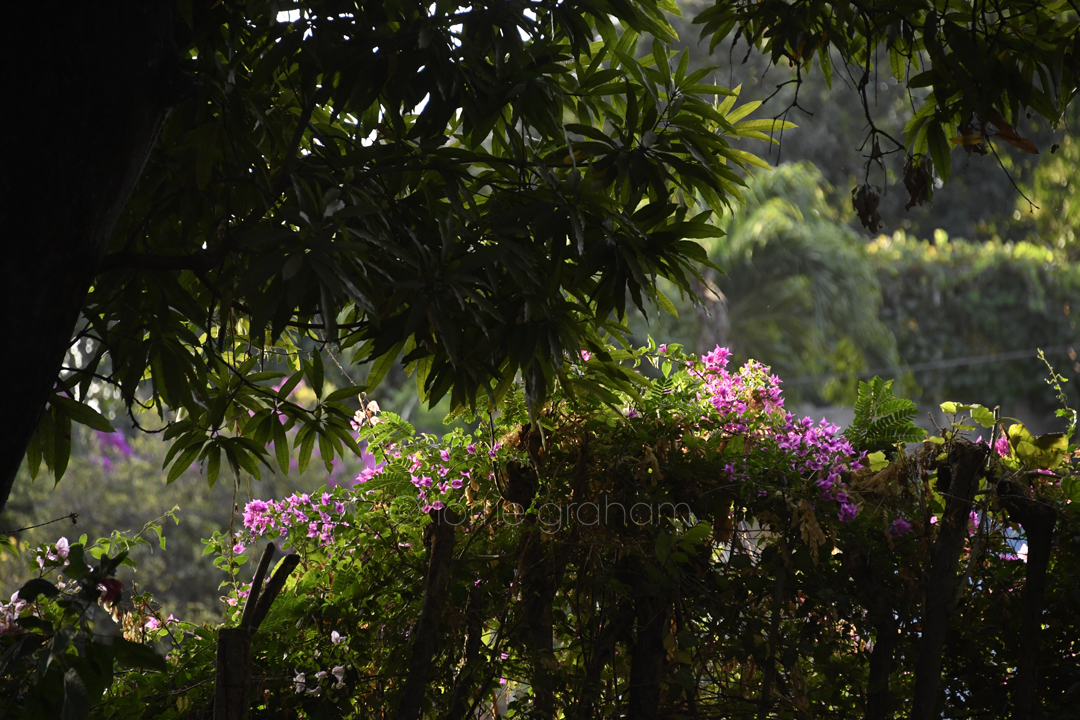 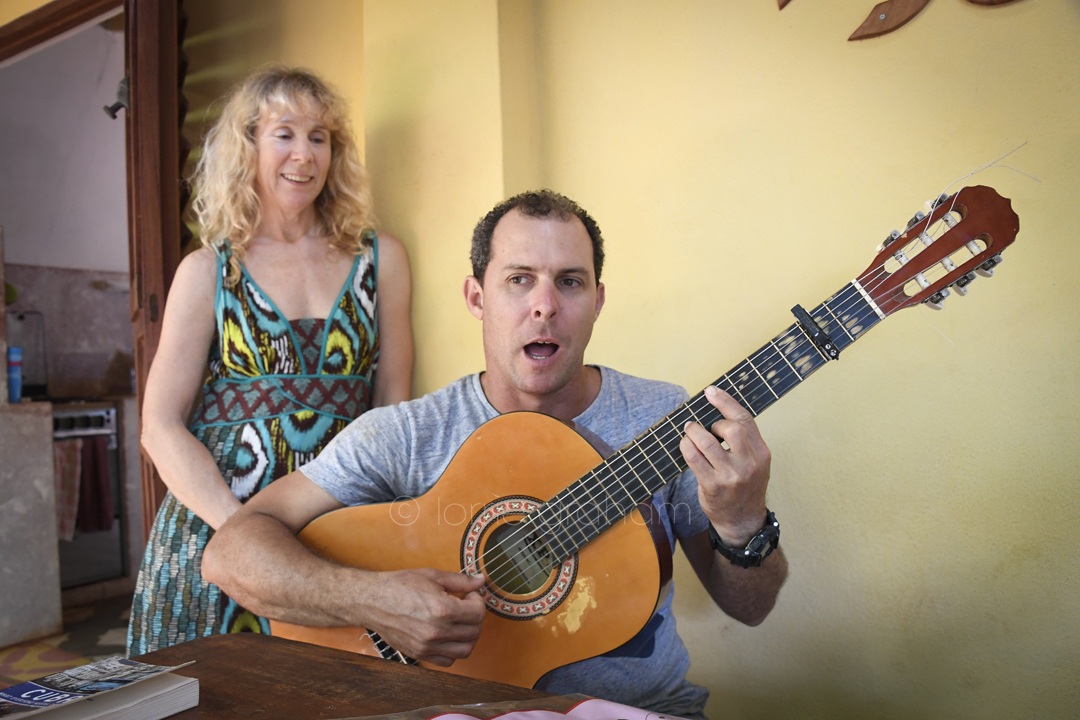 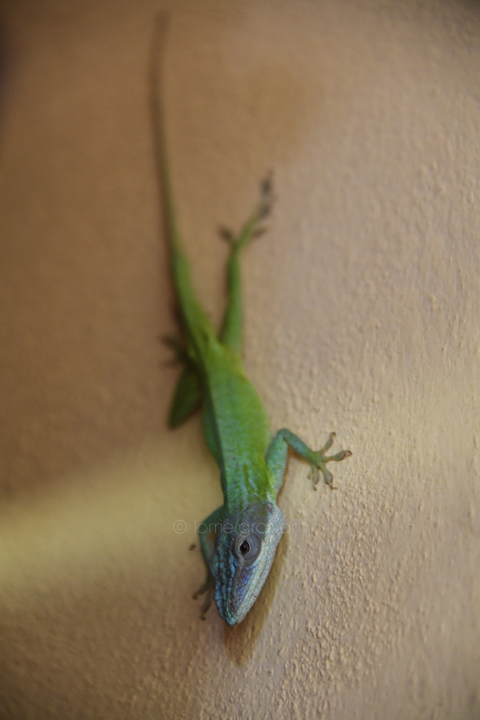 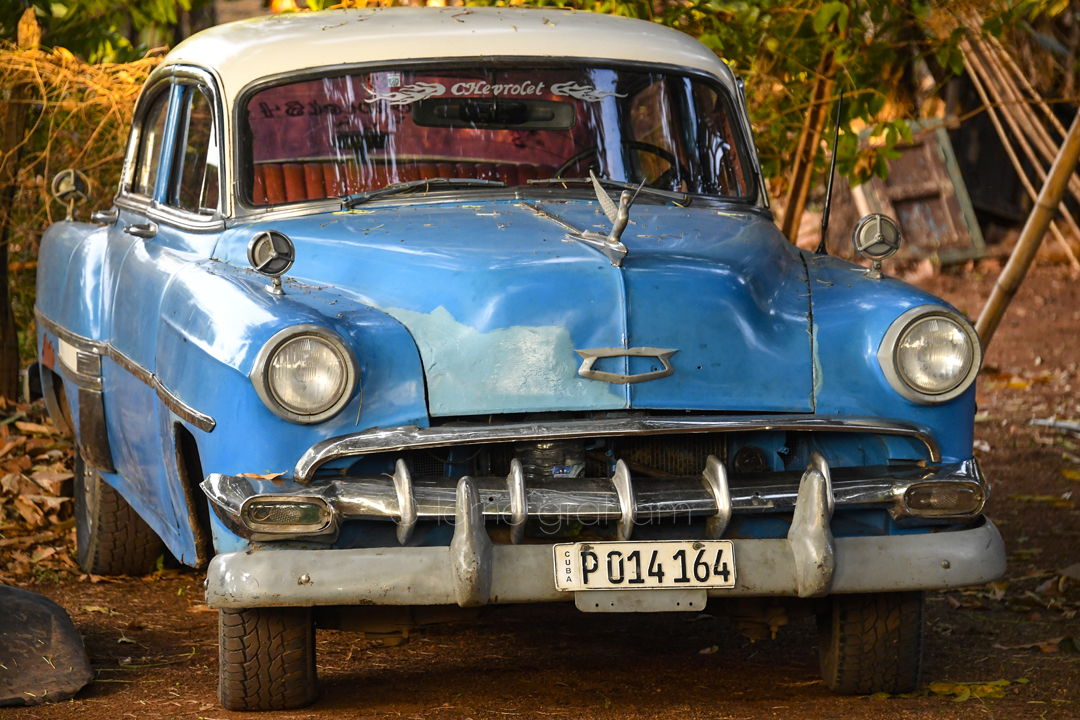 Has the experience been fabulous?

Laughs …. there have been pockets of fabulous. I’m working harder than I have ever worked in my life. We were going to buy an historic place in town, but this place had potential to grow and build more rooms, but it also had a food source which I also think is really important. I just couldn’t come and live in Cuba and not have a mango tree ….. we have six. The next project is a vegetable garden. Cubans aren’t big on vegetables. I’d like to grow enough for us and family, maybe sell some. I grow a lot of herbs.

Would you do it again?

Yeah ….. I probably would. I’d just learn to chill about things more. Just laugh about things and let them go …. because stress doesn’t help. It can be a bit like groundhog day here, the same things would happen again and again. Cubans tend to plan what they are having for dinner after they have had dinner …. training people to think about things in advance, to maybe write a list. To be fair it is hard to plan when you don’t know when things will turn up. They do know where their next meal is coming from now…..but once upon a time they didn’t! There is a saying here ….. little by little …. they say it all the time, slowly, slowly with calm. Because, otherwise you’d be having a heart attack all the time.

You know it’s a nice way to live ….. if you are not on deadline or trying to provide a service for people who have different expectations. I know I put myself under enormous pressure here because I’m trying to provide a service that I would have done in Australia, but I need to relax about that too, because people are here on holiday and most people are happy to sit around and have a chat …. Ossiel keeps saying its Cuba its Cuba and when he says that to the tourists they laugh and they relax.

So I’ve stopped wearing a watch and have ended up with a natural clock. I enjoy the time I spend explaining to people how Cuba functions how it works, the various layers. I’ve seen the way people’s lives have improved here. When I first came in 2002 a lot of kids didn’t have shoes or the shoes were in very poor condition. Now you see very well dressed Cubans, clothing and accessories are very important to them. 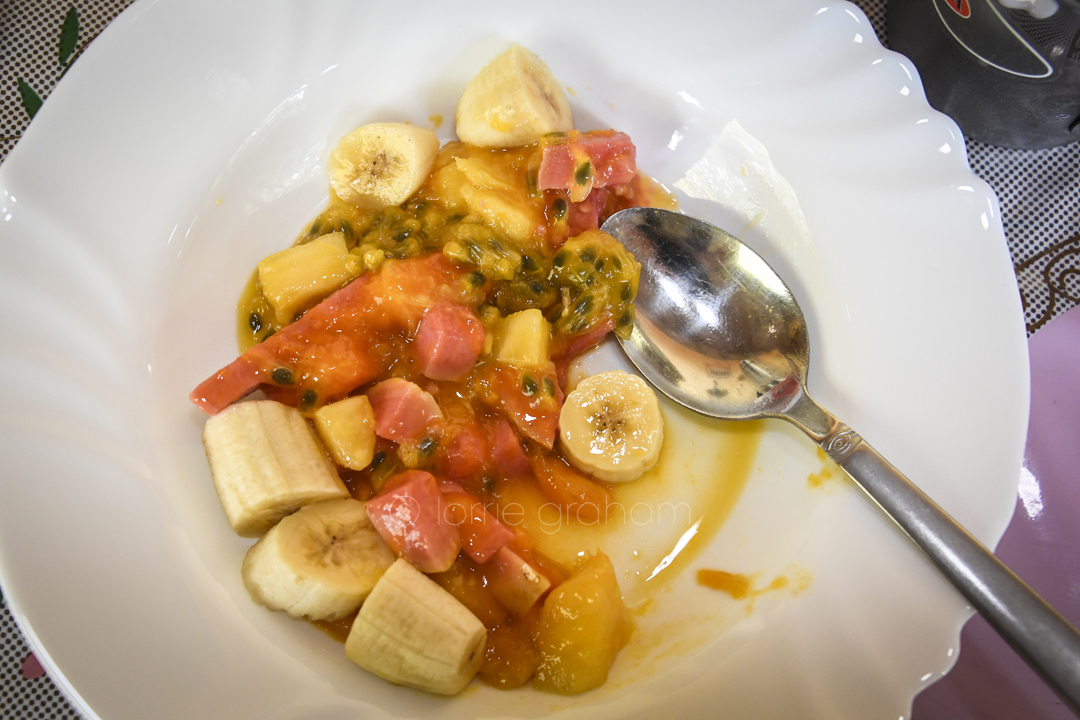 How do people feel about the time of Trump?

There is some trepidation, who knows what Trump wants to do, he says one thing then another. I think people do know that at the end of the blockade there will be good things but it will bring bad things too.

Cubans aren’t very aware of what life is like outside Cuba. They watch television programs, soaps so they think that everyone is upper middle class. They aren’t aware of the poverty in first world countries. I often say to people, because there is a desire by a lot of people to go and live in the US where they think the roads are paved with gold and there are lots of opportunities. But they aren’t aware of the lives of lower working class people who have to work 3 jobs to make ends meet. There are no credit cards here, you can now get a small bank loan to start a business, but its very small. 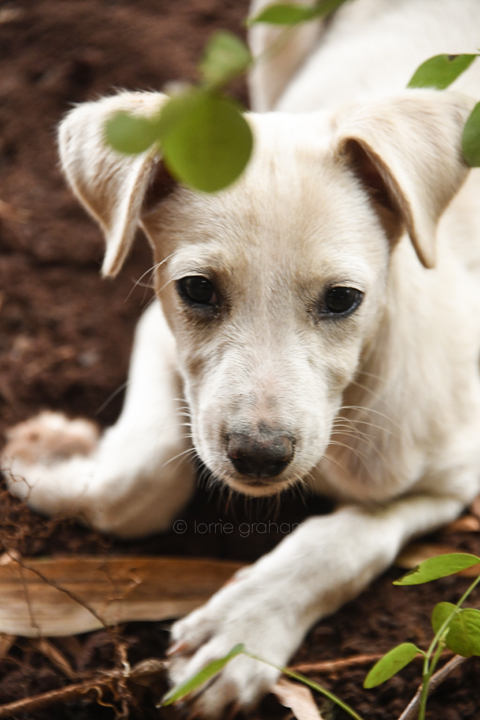 This is Dingo, the pup that Fiona and Ossiel had when we arrived. The sweetest little dog. Tragically Dingo was hit by a car a few days after this pic was taken.

We were all devastated.