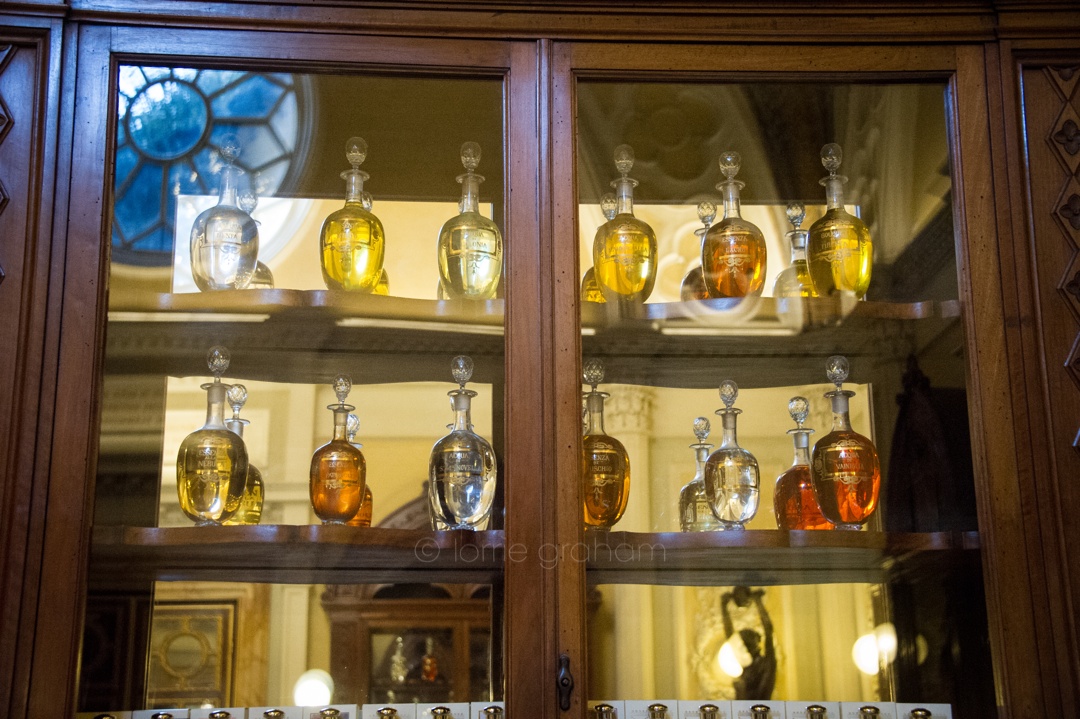 This may have been where Denis Paphitis of Aesop got his inspiration. Opened in 1612 by Dominican friars, this pharmacy is one of a kind. Adjoining the Santa Maria Novella church, it looks on to a cloistered garden, and its interiors feature frescoes and original 17th century wood and glass cabinets.

The salesroom is breathtaking. Amid the scores of cosmetics liqueurs oils and elixirs – concocted to historic formulae – are Acqua della Regina perfume, created for Caterina de’ Medici, Queen of France in the 16th century; mint and cinnamon-flavoured anti-hysteria tablets; and Olio Cosmetico an intensive body emollient containing almond oil which gives it the colour of liquid sapphire – now safely with other lotions and potions in my bag – None are tested on animals.

There are Santa Maria Novella shops in France, Spain, Belgium and England and across the oceans in the United States, Japan, Korea, Thailand….in Australia you will have look for outlets in Queensland and Canberra only.