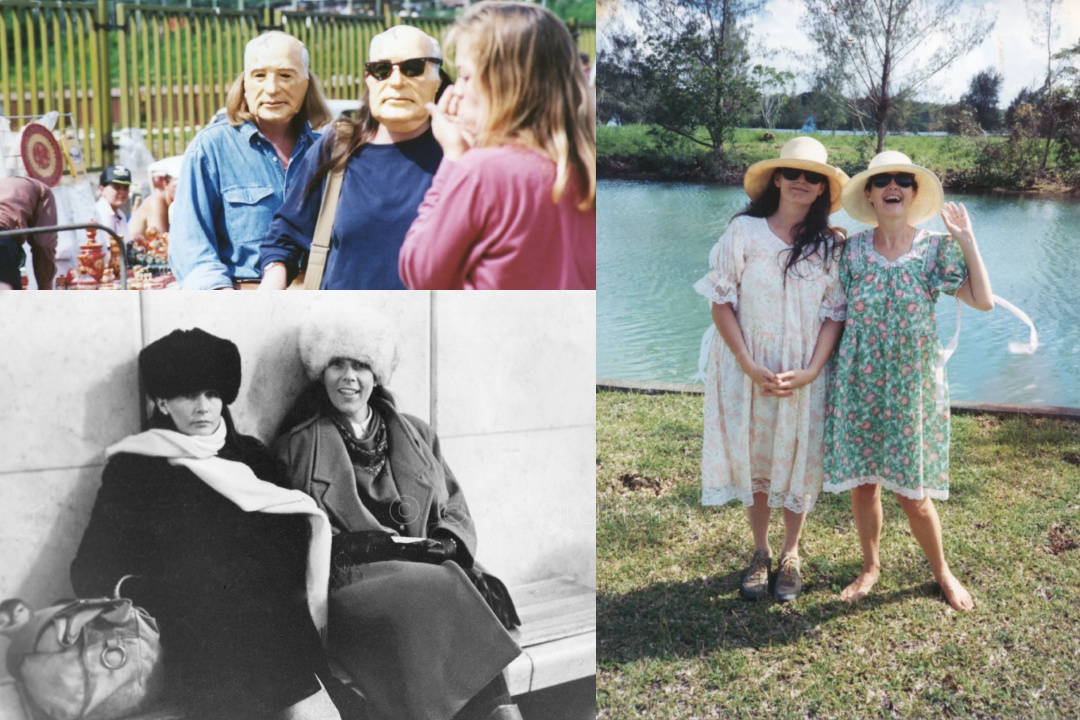 I promise you the Mary dresses did not make it off the island.

A friend recently admitted to buying a Ao Dai, the beautiful flowing tunics, and national dress of Vietnam, why wouldn’t you? They look elegant and practical she got it home put it on, and thank god, realised her mistake ….she was working at SBS at the time. Ever tried breathing while wearing a Cheongsam? Best left to Bond girls and as a bit of Chinese window dressing. Thai fishing pants don’t even look good on Thai fishermen.

What the Black and White image of Sally and I in Moscow doesn’t show, is that, Sal’s coat was bright red and my scarf was bright yellow (what the hell was I thinking?)….to be fair tho… I had gone for the sensible rabbit over the extravagant fox fur hat. But we were in a Gorbachev pre Glasnost /Perestroika moment and Moscow was Mono-tone. At best we could have been taken for Georgian’s who, because of the black market, wore a bit more colour.

I think the French Sailor Brenton Stripe T shirt is one of the few exceptions to this rule. On a trip to the coast, Coco Chanel, became inspired by the sailors clothing and used it in her 1917 nautical line. The rest is history. I think I have 6 in various stages of disrepair (Don’t wear head to toe stripes however, you are not a zebra, camouflage is not your end goal).

Bill Cunningham the street style photographer for the New York Times is the only true exception to this rule – The Sartorialist years before the sartorialist – his signature jacket is the French workman’s jacket, originally picked up at a French hardware store for twenty dollars. It is Indigo because that was cheap, and the four pockets make it practical.

Must see Bill Cunningham the Documentary.