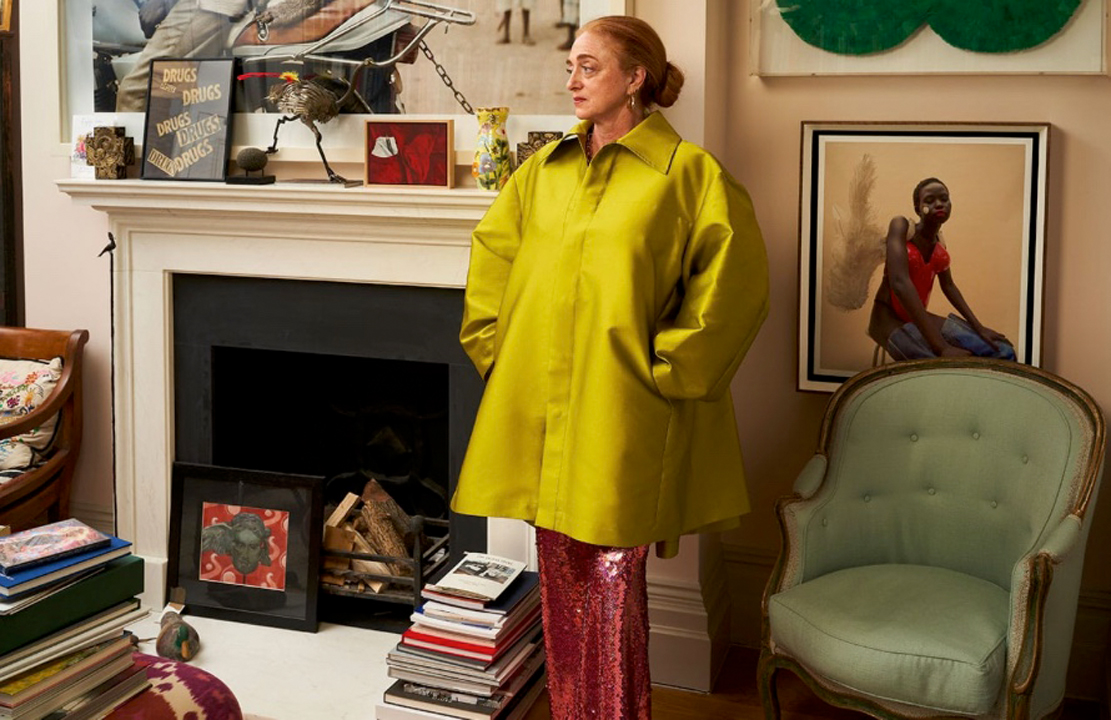 The London-based founder of creative agency CLM discusses her work and why she won’t be clearing out her wardrobe.

For The Matches site.

To refer to Camilla Lowther as ‘Adwoa Aboah’s mother’, as journalists occasionally do, seems anything from reductive to insulting based on Lowther’s position in an industry that now celebrates her eldest daughter so enthusiastically. Fortunately, she’s not precious. ‘I’m incredibly proud of what they are doing,’ she says of her daughters, model Adwoa and Kesewa Aboah, an artist and also occasional model. ‘I try not to be a momager, though – I’m very careful about that.

They have to make their own way.’
She’s in a better position than most to ‘momage’. A fashion business stalwart – founder of the industry’s first creative mega-agency, CLM – she’s the maker and manager of the behind-the-scenes superstars and has represented talents including Juergen Teller, Tim Walker, Shona Heath, Josh Olins, Kate Phelan, and the late Corinne Day.

‘I’m very proud of the people who I’ve worked with and, whether they stay with CLM or move on, I’m always proud of the things we did together,’ she says. ‘I still get a real buzz from seeing the work that our creatives have done.’ Although she recently stepped down from her day-to-day role at CLM, Lowther continues to consult across the industry on choice projects. This new beginning professionally was appropriately marked with an OBE for her decades of service to British fashion and photography in the Queen's New Year's Honours List. While honoured to receive it, Lowther is quick to laud the supporters who helped her achieve what she has. 'I couldn't have done it without the support of my family, my staff and the artists,' she says. 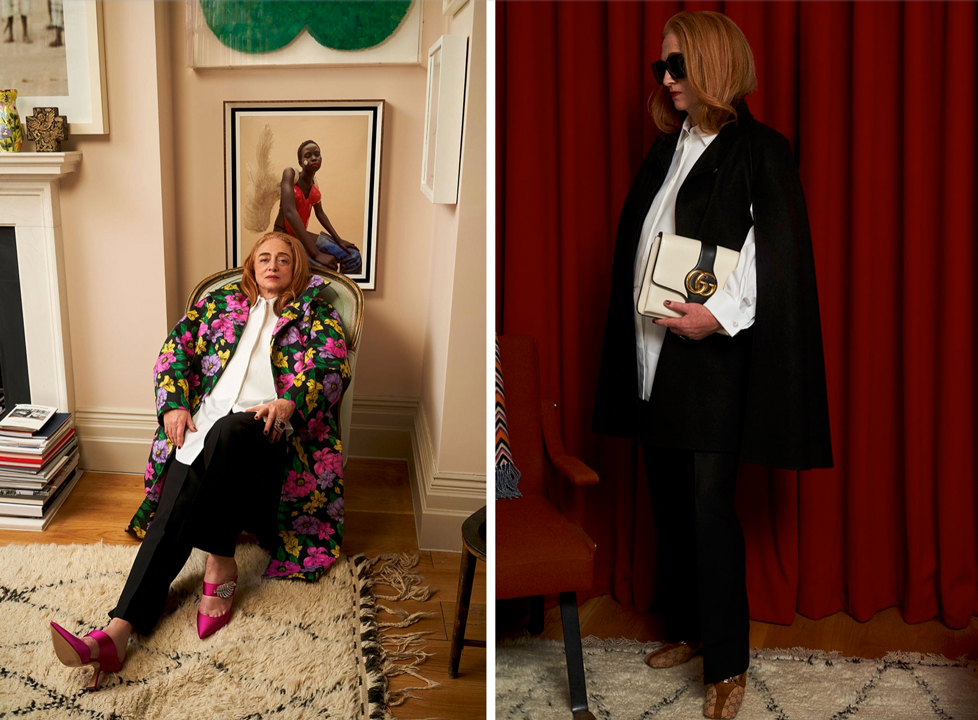 Relaxed in a black jacket and trousers today, Lowther describes her personal style as ‘quite conservative now. The base will be black or dark navy, then I’ll try to throw a bit of colour in there.’ A devotee of Comme des Garçons and Junya Watanabe, she’s built a wardrobe of timeless pieces – supported by the fact that decluttering isn’t her style: ‘I’m a hamster, I never throw anything away,’ she deadpans. ‘I have pretty much everything I’ve ever owned in there – even my Alaïa from the 1980s. I couldn’t part with it though, the girls wear it now.’

Lowther’s fashion career has been long and eventful, meandering through many incarnations – from assistant photographer to PR – before arriving at the helm of a transatlantic agency CLM, with headquarters in London and New York. ‘When I first started out there really wasn’t anyone doing what we do,’ she nods. ‘I had come back from America after leaving school a little adrift, to be honest with you. I wasn’t sure what I wanted to do. I just loved fashion. Even now, I love this business. I still get a massive buzz when they [the agency’s artists] get a job that’s really right for them, or when you work on something and it all comes together. The perfect storm.’ 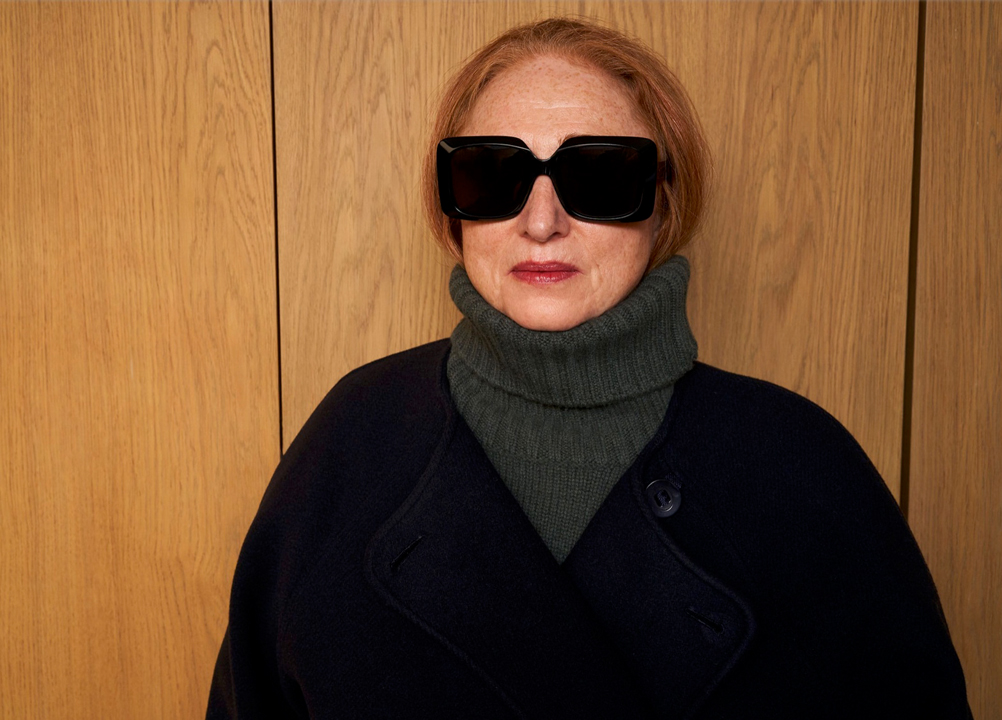 Spending time at home is high on Lowther’s priority list, not least because she’s trying to travel less: ‘I think we all need to be aware of our carbon footprint now. And so much can be done by phone or on email.’ She speaks frequently and warmly of her partnership with husband Charles – noting the jewellery he has bought her over the years as the only things she would never part with. ‘He just has such fantastic taste,’ she shrugs. Humble but formidable, warm but not to be trifled with, Lowther commands attention and respect – and yet, more simply, few would rank as a more interesting person to have a cup of tea with.

‘The worst thing about my job? Indecision,’ she nods without pausing. Not hers surely? Lowther emits an air of a person who has never been in two minds in her life. ‘Well, I can prevaricate on occasion,’ she smiles. ‘But no, generally other people’s indecision.’ 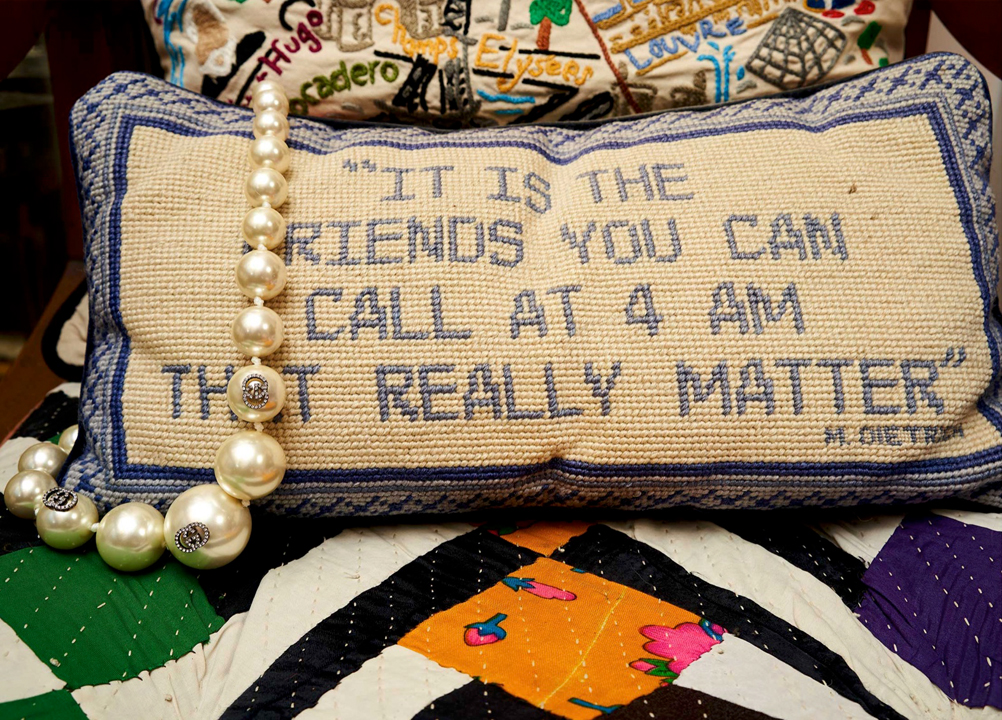