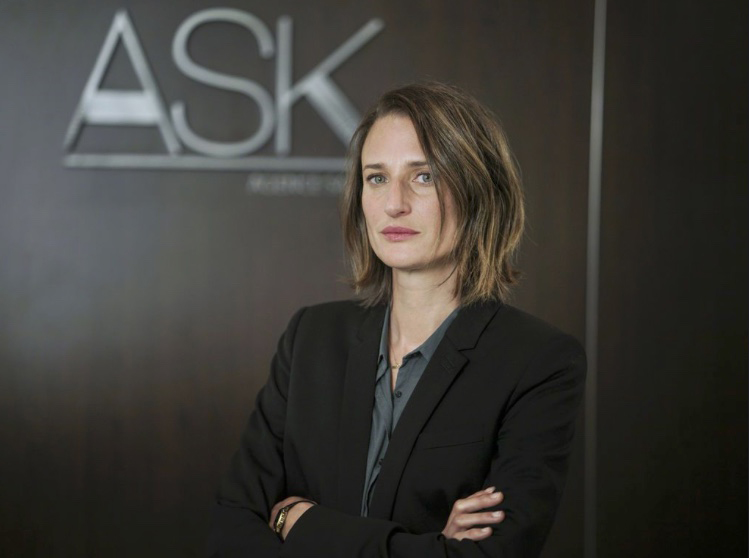 If you haven't watched Call my Agent yet you are in for a real treat. For the die hard fans series 4 hits Netflix Jan 21.

For me there are so many layers of joy ... it's hilarious, filmed in Paris and as British Vogue have noted those of you still craving the TV fashion fix of Killing Eve might find some box-set style satisfaction in Call My Agent! (Dix Pour Cent), the hit French comedy drama on Netflix. Set in a Parisian talent firm called ASK, it follows four agents dealing with the dramatic highs and lows of representing the biggest stars in France – Isabelle Adjani, Juliette Binoche and Monica Bellucci and dozens of other actors happily send themselves up in the show.

Andréa Martel  ( image above) The style star of the show is the badass agent played by Camille Cottin, who tells it like it is, parties like its 1999 and is a serial womaniser. A die-hard Parisian (her response to finding herself in the countryside with no phone reception is to call the police) she’s blessed with great hair and the legs of Emmanuelle Alt. Her uniform is modern French Vogue to a (slubby V-neck) T: skinny jeans, stiletto-heeled ankle boots, sharp navy and black blazers and a slouchy black leather tote. By night she goes for back-bearing dresses, ramping it up with gold sequined hot pants and a waist-coat, garnished with a bow-tie (only in Paris) for a party at a theatre, and a cool metallic shift dress by Martin Grant for the Cannes opening ceremony.