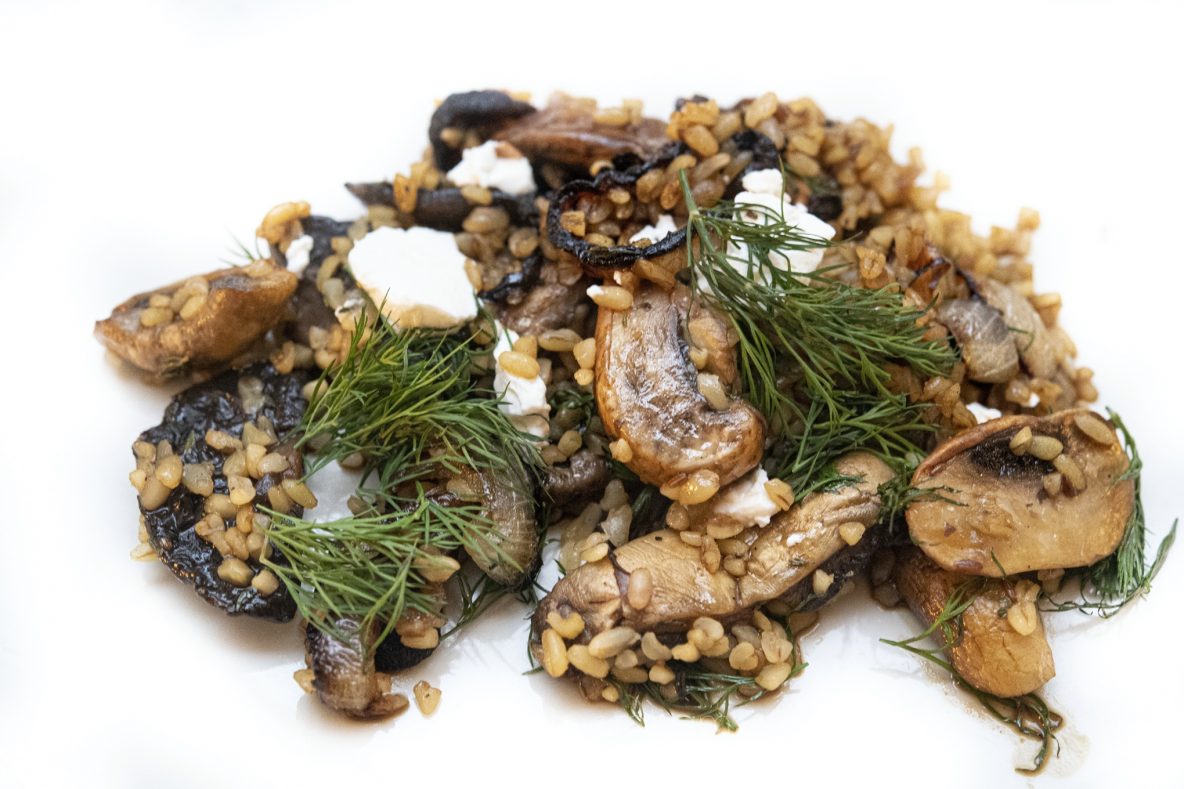 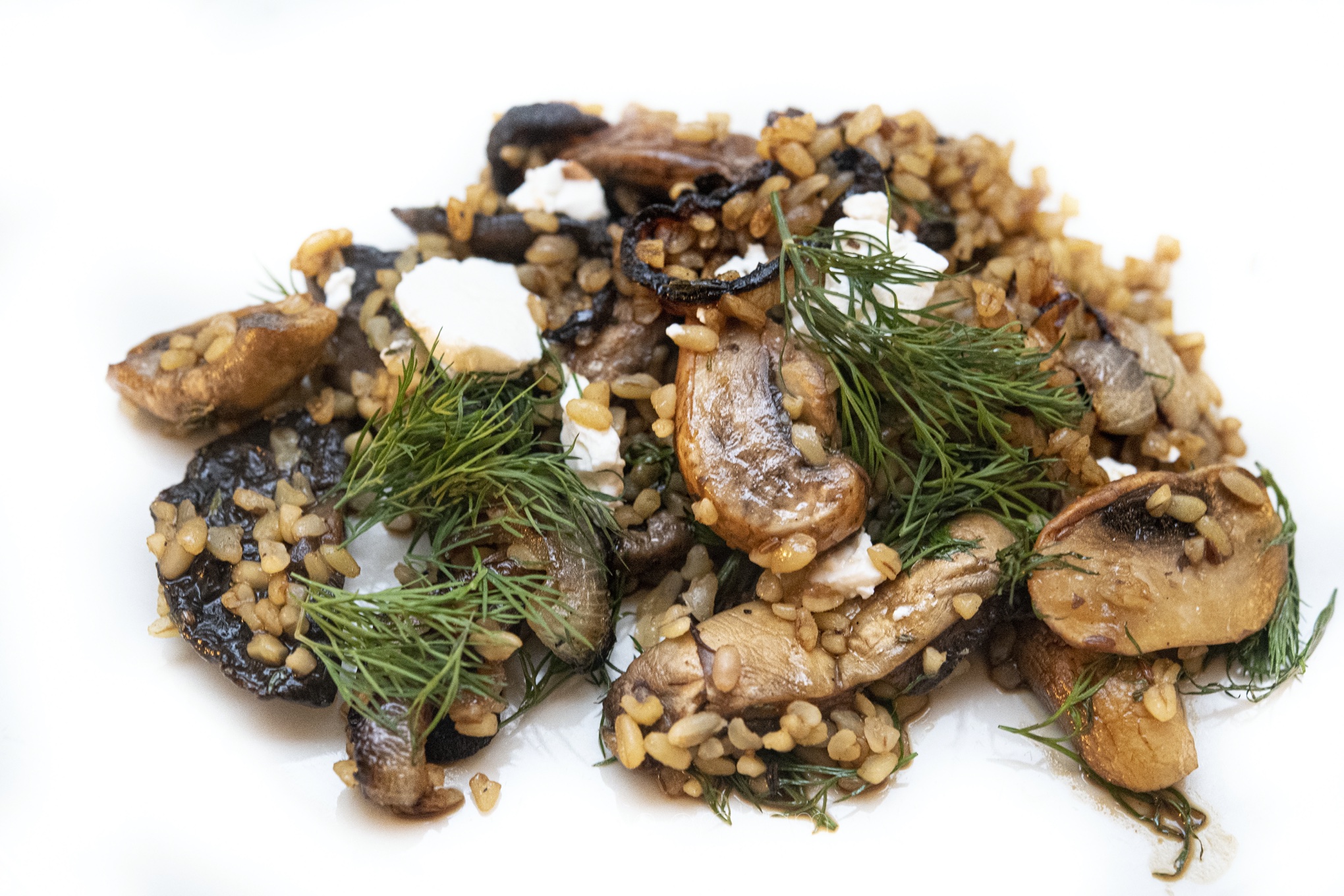 I have been trying to get more mushrooms into our diet, apparently so good for the memory. I found this recipe in Simple by Ottolenghi, it tastes a lot better than it looks.

Try to get as many different types of mushroom as you can for this dish, which was inspired by Limor Laniado Tiroche writing in Haaretz, the Israeli paper. Serves four as a side dish or two as a main with some wilted greens.

Rinse the bulgur well, put it in a large bowl and stir in a quarter-teaspoon of salt and a good grind of pepper. Pour over the boiling water, cover with cling-film and leave to soak for 20 minutes, until the liquid is absorbed and the bulgur soft, then drain (assuming any liquid is left).

Meanwhile, heat two tablespoons of oil in a large saute pan on a medium-high flame, then fry the onion and garlic for seven to eight minutes, until soft and caramelised. Add half the cumin, fry for a minute or two, until dark golden brown, then transfer to a plate or bowl.

Pour another two tablespoons of oil into the same pan, turn the heat to high, and fry the mushrooms and a third of a teaspoon of salt for six to seven minutes, stirring often, until the mushrooms brown and soften. Add the thyme and remaining cumin, and fry, stirring continuously, for a minute, then pour in the balsamic vinegar and cook for 30 seconds: it should reduce to practically nothing. Stir in the bulgur, half the onion, half the dill, half the feta and half the urfa chilli, until warmed through, then take the pan off the heat.

Spoon the bulgur and mushrooms on to a large platter (or two plates), sprinkle over the remaining feta, onion, dill and urfa chilli, drizzle with the final teaspoon of oil and serve.