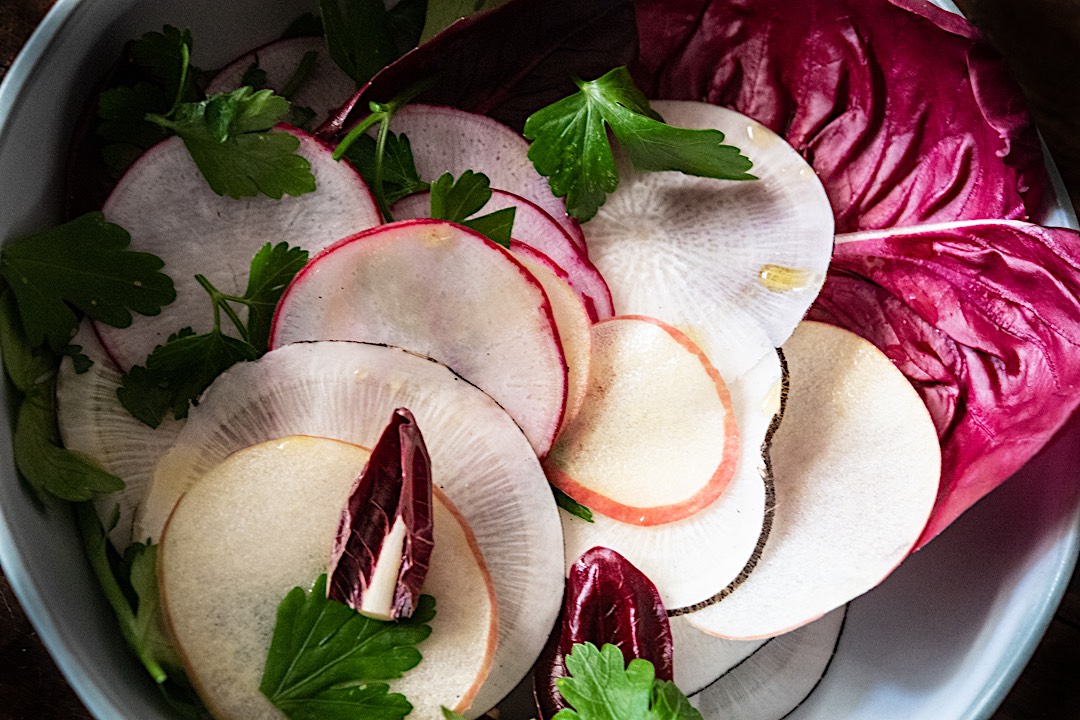 Last Sunday I made this, black radish, red chicory and Apple Salad from Ottolenghi's book Nopi to be the palate cleanser after a Pork Roast and before desert.

This dish really needs the Black Radish, I tracked this down at ..as we have started calling them our men in Glebe ... Galluzzo Green Grocer. What a service...tracked down at the market then phoned to say it was in and then carried the box to the car. Too good!

This is what Ottolenghi says about this dish

Fresh and crunchy, sweet and sharp, this salad works both as a great meal-opener as well as alongside a number of richer dishes: The contrast of colours looks great here - red chicory and the black radish, the white of the freshly sliced apple.

1. Start with the dressing. Place the vinegar, honey lemon juice and cinnamon in a small saucepan. Bring to the boil, then reduce the heat to medium and simmer for 10-15 minutes, until the reduction is thick and syrupy and there is 50ml left. Remove from the heat and set aside to cool before removing the cinnamon stick and whisking in the olive oil, along with 1/3 teaspoon of sea salt and a good grind of black pepper.

2. Quarter and core the apples just before serving, then slice them thinly ( 1-2), lengthways. Place in a large serving bowl and add the chicory, radish and parsley. Pour over the dressing, toss everything together and serve.