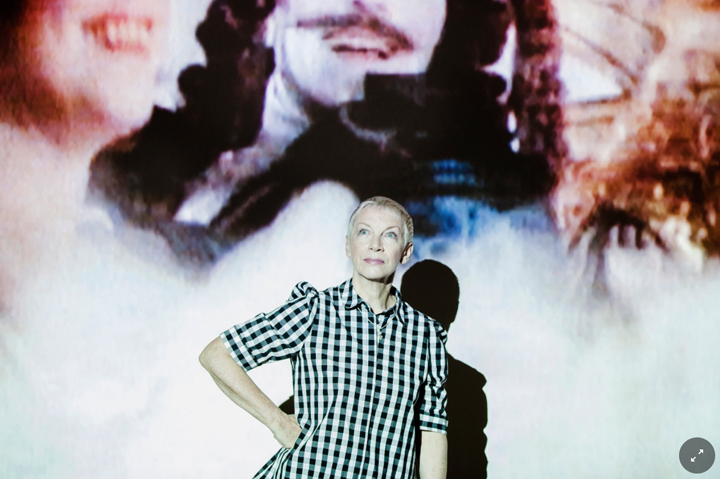 By Jillian Steinhauer For the New York Times

2019 Annie Lennox is talking about death. It isn’t morbid, nor is it vain, a celebrity’s ponderous concerns about her legacy. Instead, the former Eurythmics singer is matter-of-fact about being a woman of a certain age — 64 — and thus someone who has begun to look backward rather than forward. She is simply reminding me, in her earnest and rather sprightly way, that death comes for everyone. “The one thing guaranteed us all, what is it?” she asks. “That we’re going to die.”

Such a statement may seem jarring, but since the 1990 breakup of the Eurythmics, the hugely successful pop music duo she led with Dave Stewart, Ms. Lennox’s concerns have become more grounded and existential. In the intervening decades, she’s released only sporadic solo albums — one of which is titled “Songs of Mass Destruction” — and took time off to raise her two daughters.

Inspired, she said, by her experiences with Nelson Mandela’s 46664 campaign, she became an AIDS activist, focusing specifically on the plight of women and girls in Africa. She left behind the isolating force of fame for a chance to live, and maybe even make a difference in the world. “In my time, I always thought that fame is a result of some really great thing you’ve done musically or artistically. It’s just a symptom,” she said, during a two-hour interview at a cafe in New York. “You play into it to a degree, but then, what does it do to you? I have tried so hard not to let that monster eat me up. I’ve dipped in, and I’ve dipped out. And it’s the dipping out that has kept me human.”

Her humanity is the subject of Ms. Lennox’s latest project, which reveals a more personal side of this musician that fans haven’t had a chance to see, in an entirely different medium: installation art. This weekend, at MASS MoCA in North Adams, Mass., Ms. Lennox will unveil a roughly 8-foot-high and 65-foot-long mound of earth containing nearly 250 objects she acquired during her life: the makeup case she used while touring, her mother’s sewing machine, a mask that was a gift from a boyfriend, Mexican Day of the Dead figurines, dozens of pairs of her children’s shoes, and more. The items are arranged in miniature displays that suggest associations and stories, and they’re embedded throughout a heap of glitter-dappled dirt, which is cordoned off by red velvet ropes. 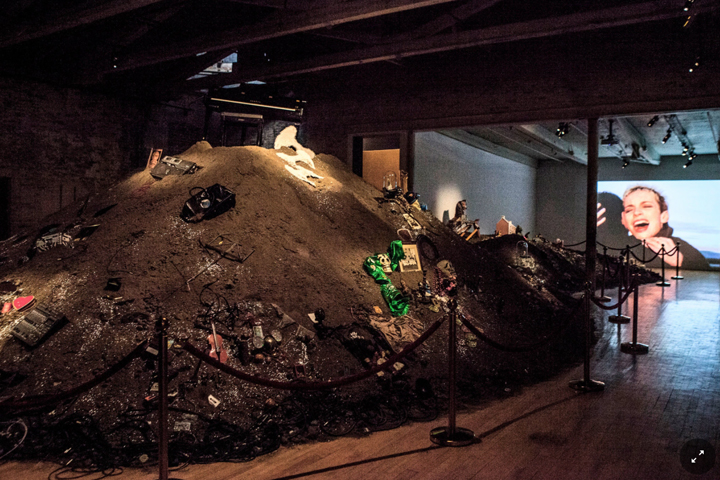