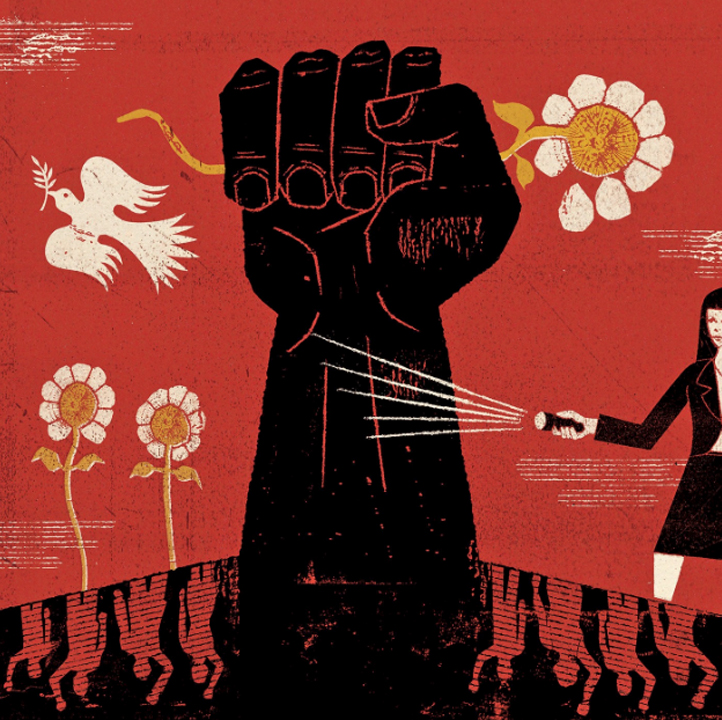 A New Thriller Imagines a Revolt Against the Corporate Order, The Middleman by Olen Steinhauer – if you have watched Berlin Station on SBS on Demand you will be aware of his writing – I’ve been wondering when someone might enter this arena ….. equality gets so out of hand a revolution could be just around the corner, the premise for this book is staring us in the face.

In the 20th century, when communist revolutions swept away the established governments in places like Russia, China and Cuba, American leftists toyed with thoughts of effecting the same transformation in the United States. But widely shared fantasies of overthrowing the American government in favor of an anticapitalist regime are the relic of a bygone century, probably because there has never been much evidence that most Americans support it. (Even Bernie Sanders’s anticorporate critique, which called for “a political revolution,” eschewed any talk of change to our basic form of government.) You need to go back to the political convergences of the late 1960s and early ’70s — when many young Americans recoiled at fighting in a reviled war in Vietnam, when the movement for African-American rights became far angrier after the murder of Dr. Martin Luther King and when women began to agitate against the restrictions of existing gender roles — to find a time when there was widespread discussion, especially on college campuses, of replacing our political system, even if that talk was often woolly-headed and laughably vague.

What if something similar were to occur today? What if young Americans were to fall in the thrall of a charismatic leader who preached the kind of broad structural change that would depose today’s corporate order? Is there anything in the America of 2018 that presages a different outcome? That’s the premise of Olen Steinhauer’s “The Middleman,” a fast-moving thriller that imagines the fate of an anticapitalist revolutionary movement called the Massive Brigade.

The voice and inspiration of the Massive Brigade is handsome Martin Bishop, “the Revolution’s New Face,” whose speeches and blog posts on his website, the Propaganda Ministry, raise the chalk dust but never cross the line to advocate armed insurrection. Bishop urges his followers to “make everyone listen to each other,” explaining that this can be accomplished when “you destroy the part of the system that allows them to ignore each other. The part that teaches them that their enemies live in the other political party, or in another demographic, when the truth is that their enemies are the people above them.” He asks, “What would happen if, in some basement dogfight, the pit bulls … would unite and turn on their masters.” Bishop’s hope to redirect the anger of both sides against their common antagonists seems to make him the middleman of the title.

In the novel’s opening pages, an astonishing and brilliant act of nonviolence, secretly coordinated by the Massive Brigade, is unfolding. Coast to coast, young Americans simply disappear. They drop off the grid, abandoning their cellphones (imagine!) and all other aspects of their lives — jobs, contact with the people who love them — vanishing to God-knows-where.