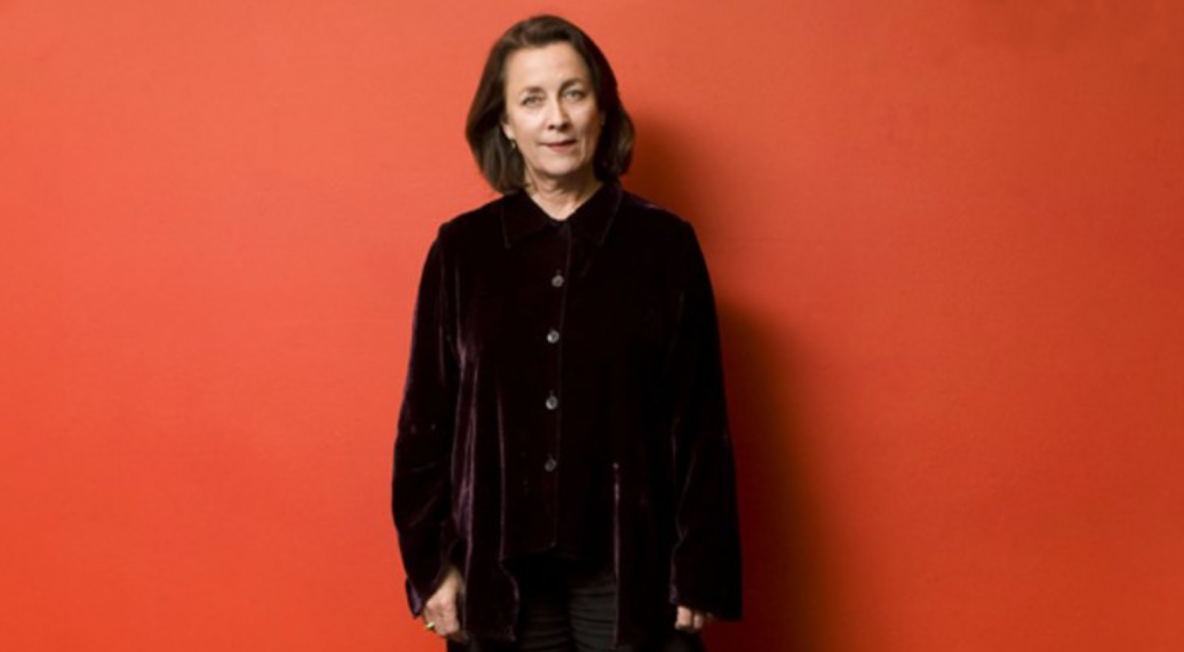 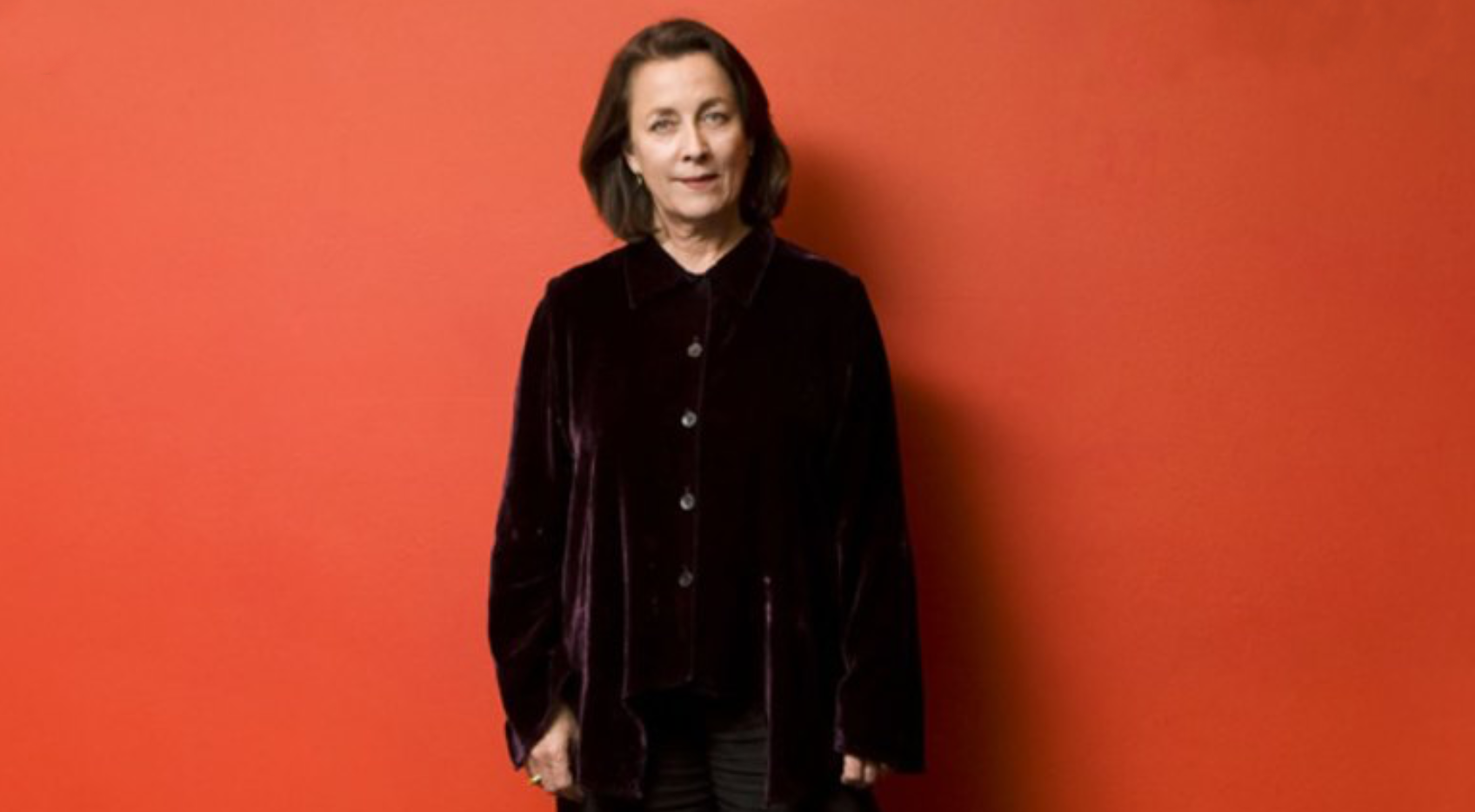 The fabulous Chrissy Sharp died a couple of weeks ago, I went to her funeral on Thursday. As funerals go, it was a beautiful...can I say, wonderful event. As a parting gift Chrissy has left us her reading List.

Tirra Lirra by the River

The Man Who Loved Children

Lives of Girls and Women

In the Skin of the Lion

Dinner at the Homesick Restaurant

A Handful of Dust

The Adventures of Augie March.

‘Always a leading light and one of Australia’s most renowned arts administrators’ ’ was how this masthead described Christine (Chrissy) Sharp over a decade ago. It’s a description that never dimmed.

Sharp, who died two weeks ago, was one of our publicly quieter cultural polymaths, but one of our least reserved in opinion and courage – personal and professional.

Growing up in Canberra as the daughter of eminent Australian statistician Ted Hannan, she became enamoured of his interests (outside mathematics) of history, biography and poetry, and her mother Irene’s passion for music and 20th Australian and American literature.

Very much her father’s daughter, she also inherited Hannan’s inclination to ‘‘ never recoil from an argument, with a tendency to get very fiery at times ... but entirely devoid of malice and completely without any trace of selfishness or self-seeking’ ’ as Hannan’s mentor, the legendary P.A.P. Moran, described him.

While at University in Canberra, Sharp’s exposure to Indigenous protests, culminating in the Tent Embassy at Parliament House, lit a frustration in her – she was a keen student of American civil rights but knew little of the Indigenous struggle. This led to her literally fronting at the office of the ABC documentary program Checkerboard (Four Corners had brushed her off, suggesting she apply for the typing pool), successfully demanding a job in the hope of contributing to that national conversation. This she did with zeal.

She eventually left Sydney for a country life and 11 year marriage to farmer Sandy Sharp and the birth of two sons, Christopher and Edward. The last five of those years were spent back in Sydney where she was a film , television and theatre agent, and then a representative for Actors Equity.

During this time she divorced Sharp and married arts identity Michael Lynch, father of actor Ella Scott Lynch. Her Equity role led to an infamous encounter with her new husband. She was picketing a Sydney Theatre Company opening night as part of a nationwide dispute between the actors’ union and major theatre companies, while Lynch was STC’s general manager. Publicly confronting each other at the barricade, she demanded he cross the picket line to speak to her. He refused, calling back over his shoulder, ‘‘ I never cross picket lines, not even for my darling wife.’’

Such battles of will between the couple over the next 30 years were common and renowned – their relationship was deeply passionate and feisty – yet both were visibly the great loves of each other’s lives.

During Sharp’s tenure, AWG grew exponentially, developed offices in Sydney and Melbourne with chapters in every other state, and oversaw the development of Australia’s Theatre Industry Agreement which still stands today as the basis of all theatre agreements with stage writers.

Next saw five years as head of policy at SBS, negotiating and liaising with the federal government, and she was instrumental in the creation of a ‘‘ new media’ ’ division responsible for the SBS website, the launch of SBS subscription TV with its first subscription channel, World Movies, along with the weekly television show Insight. As well, ICAM (the Indigenous cultural affairs TV magazine show) was launched, later evolving into the current affairs program Living Black.

She was poached from SBS in 2000 jointly by Sydney Festival director Leo Schofield and myself (as Schofield’s successor), to be the Festival’s general manager. At the Festival, Sharp especially championed Indigenous works, free events, the use of landmark properties as arts venues, and the expansion of outdoor venues. She also pioneered the first use of Fox Studios as a major live performance precinct.

Sharp was a fearless and indomitable colleague, fighting tooth and nail for her festival. I recall a fractious meeting in Premier Bob Carr’s office where she simply demanded more financial support, no debate was to be had since the artistic proposal spoke for itself, much to Carr’s initial chagrin. But days later he delivered and was a tireless champion of the festival and the arts in general.

By this time Lynch was CEO of Sydney Opera House after holding the same position at the Australia Council. He was then appointed chief executive of London’s Southbank Centre, the UK’s largest arts precinct, for its redevelopment. Sharp stayed behind at Sydney Festival for one more year, but then left the job she adored to join Lynch in London. She was for the first time in her life referred to as ‘Mrs Lynch’ , a label she rebuked by quickly making her own mark with her appointment in 2004 as general manager of Sadler’s Wells, arguably the world’s most revered dance venue.

Sharp and artistic director Alistair Spalding had just six months to save Sadler’s Wells from insolvency, and quickly turned the company’s fortunes around.

As well, Sharp introduced a number of UK dance artists to Australian presenters, festivals and organisations, cementing ongoing relationships for some of the worlds’ great choreographers including Akram Khan, Russell Maliphant, Hofesh Schechter, Sidi Larbi Cherkaoui and Emanuel Gat, several of whom have since collaborated with Australian artists and companies.

An offer to return to Australia in 2009 to re-immerse herself in Australian literature and writing was irresistible. UNESCO had designated Melbourne as the world’s second City of Literature, to be housed at the Wheeler Centre for Books, Writing and Ideas. Sharp was appointed the Centre’s inaugural director and CEO. She rapidly embarked on a raft of initiatives and programs, driving the success of the Centre in its formative years and assuring the Centre’s impact on Australia’s cultural landscape, both local and national, and its international impact highlighting Melbourne as a global City of Literature.

This time it was Lynch’s turn to follow Sharp, and he returned with her to join the Board of the ABC.

While at the Wheeler Centre, Sharp continued her devotion to dance by accepting the position of Chair of the Dance Board of the Australia Council, where she oversaw the ambitious fouryear Dance Plan 2012 to create a more vibrant, diverse, visible and dynamic dance sector by the year 2012.

Sharp and Lynch’s global pingponging continued with Lynch’s appointment in 2011 as chief executive of Hong Kong’s West Kowloon Cultural District Authority. Sharp followed and joined the Board of Para Site, the first independent artists’ organisation in Hong Kong. She supported the legendary Umbrella Movement in Hong Kong in 2014, which saw three months of pro-democracy protests.

Sharp and Lynch’s time in Hong Kong hit a wall with Sharp’s breast cancer diagnosis in 2015 leading them to return to Sydney. Sharp overcame the disease and quickly threw herself back into the dance world accepting the position of acting executive director of Sydney Dance Company. She oversaw the opening of SDC’s 2016 season and the company’s strong tradition of international touring.

Sharp later joined the Board of SDC, a position she held until her death.

Her final arts appointment was in 2018 as CEO of Sydney Writers’ Festival, Australia’s largest, with the 2019 Festival enjoying great box office success and critical acclaim. In 2020, she managed the last-minute cancellation of the traditional festival due to COVID-19 . She also oversaw the creative strategy which responded to closed borders with an Australianfocused festival in 2021, setting box office records and a 262 per cent rise in foundation funding.

Again, her tenure was cut short by unexpected change, this time when in January she developed myelodysplastic syndrome as a result of the chemo she endured during her earlier breast cancer treatment.

Through it all, those qualities of her father shone through: ’’fiery at times, devoid of malice, without any trace of selfishness or self-seeking’’ . She never sought the limelight, felt her role was to be ceaselessly devoted to the artistic visions of the organisations she led, and would fight to the end for that vision, whether with boards, stakeholders or funding bodies. She was a special breed of cultural administrator – for Chrissy Sharp, the art truly was all.