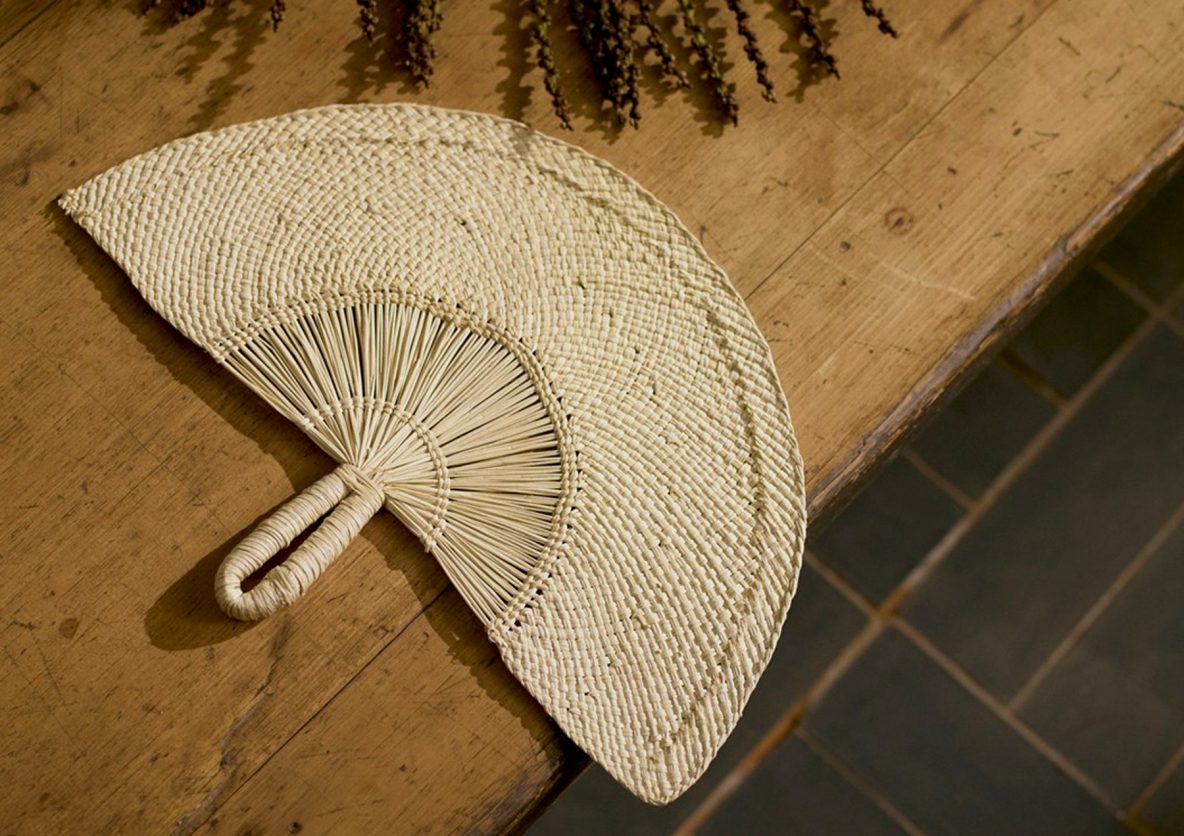 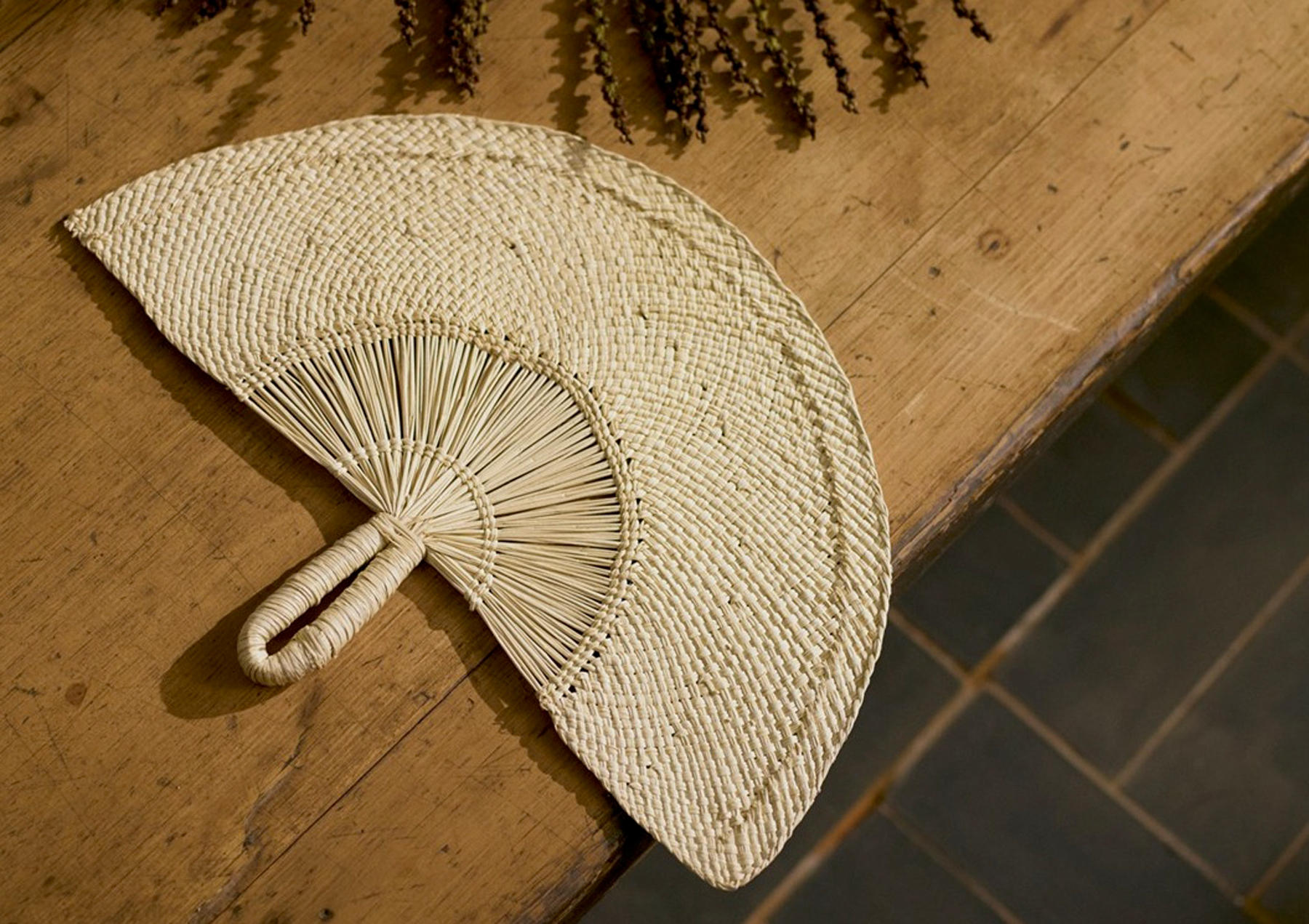 Grace Linden explores the history of the fan for Toast Magazine

Almost a hundred years ago, Howard Carter plucked a gold disc from the untouched tomb of Tutankhamun. Found nearby the pharaoh’s body, the gleaming fan – a luminous half-sun – was decorated with a scene of the Boy King steering a chariot. Contemporaneous records reveal that the hand fan originated around 3000 BC, as the Etruscans, Egyptians, Chinese and Japanese all sought an ingenious cooling solution. If the fan’s chief use has always been somewhat prosaic, from their inception, these objects were heavily aestheticized, used in ceremonies and rituals, as fashion and signs of privilege. Depictions of Ramses and Cleopatra often showed the royals in repose as servants fanned them with flabella. Royal inventories from the Pharaohs to Queen Elizabeth II detail such luxuries inlaid with ivory, mother-of-pearl, gold and even silk pom-poms. For what could be more lavish than a breeze conjured specifically for one’s own enjoyment and desire?

The first fans were rigid forms, constructed of parchment, metal and silk, and although the Japanese developed the pleated fan around the 12th century, it didn’t arrive in Europe until the 1500s, carried across the world by merchants traversing the Silk Road. Few of these early fans survive, and scholars wonder if the craftsmen of the period were experimenting with new techniques and unstable materials. During the 18th century, the era regarded as the golden age of fan making, guilds and ateliers cropped up across Europe. In England, the Worshipful Company of Fan Makers was incorporated in 1709 under the aegis of Queen Anne. In France and Italy, which would become commercial centres of fan making, workshops employed the leading artists, carvers and calligraphers who bestowed upon these accessories elegant tracery; pastoral scenes and fête-champêtres; gilded Greek gods and rosy-cheeked putti; delicate passages taken from the paintings of Watteau, Fragonard, and Caravaggio. Waxing eloquent on this devotion to artistry, M. A. Flory wrote, “These fairy-like creations stir our sense of wonder and admiration for the ardent love of perfection in work which in olden times seemed not to dearly attained by spending the best part of a lifetime on a single object.” 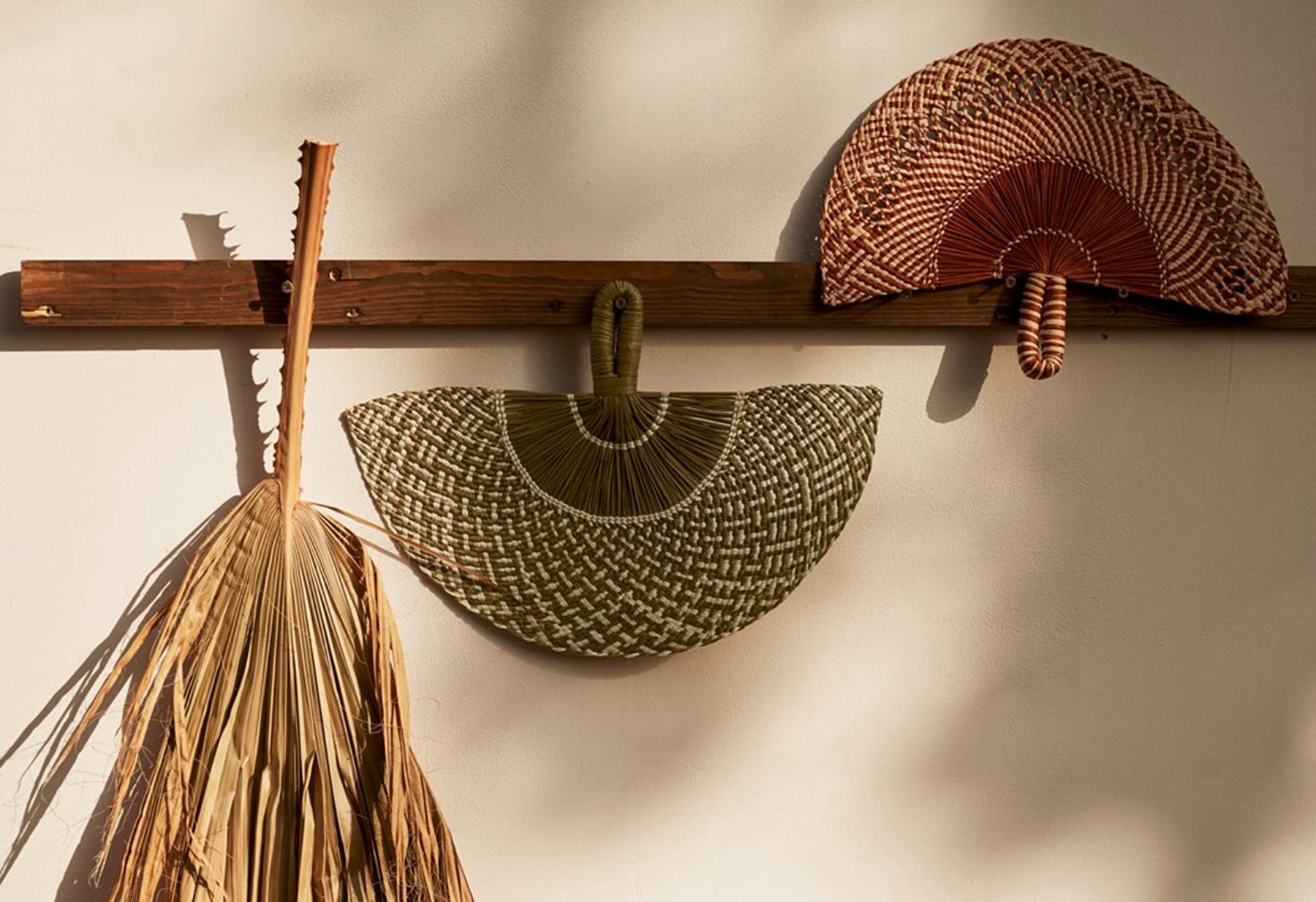 Drawing on a well-accepted fad, the celebrated belle époque fan maker Duvelleroy published a leaflet entitled “The Language of the Fan,” a promotional tactic for the Parisian maison. Whether there existed a widespread understanding of those twirls and flicks remains unknown, but nevertheless, the fan achieved a reputation as a tool of romance, coquetry and social politicking. As love scenes often decorated a fan’s leaves, it is no wonder that these objects became popular tokens of admiration. Such amorous imagery made the fan both a popular wedding present and a site for satire; adultery was, perhaps, a more scintillating theme than fidelity. In Oscar Wilde’s Lady Windermere’s Fan, the destinies of the characters are determined in part by a pleated fan left accidentally on display. Believing her reputation ruined, Lady Windemere collapses upon a sofa cursing that “fatal fan” of hers. There is no argument that these were social objects, printed with maps, parlour games and puzzles, used as both carnets de bal and as props in dances. Emblazoned with historical and political programming, from scenes of the French Revolution and the Restoration to the eruption of Mount Vesuvius, fans telegraphed their owner’s loyalties, virtues, pastimes, and dreams.

Yet by the 20th century, the fan had lost much of its prestige, and no longer were these de rigueur accessories. Curator Jacob Moss of The Fan Museum in Greenwich, London, ties this decline to shifting cultural standards. “Women were changing,” he says, “and the fan became an anachronistic symbol of a certain style of femininity.” For decades, fans were little more than an afterthought, used as advertisements, souvenirs, and children’s toys. But Moss sees the fashion changing: “There is definitely something in the air. About three years ago, fan making was added to a list of endangered craft forms here in the UK, and this sparked an interest in the dying art form.” Fans have returned to the catwalk; once fearing for its future, the Maison Duvelleroy has been reborn. Offering a vision of a sustainable and elegant world, a cooling system as ancient as the pyramids, the fan befits a modern life.