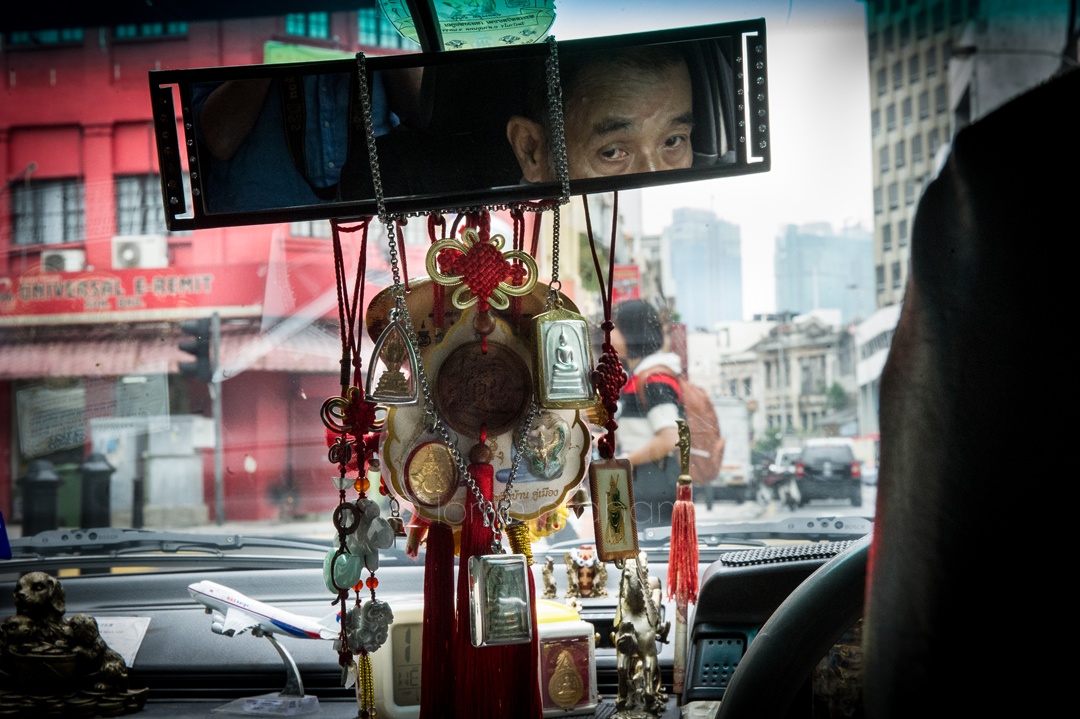 I know for some this might just be 47 hours too many, but we had a stop over on our latest trip – it happens a lot when you use points and I guess fly Malaysian. So we decided to make the most of it and do a bit of exploring.

We stayed at the Traders Hotel in central Kuala Lumpur this is the high-rise hub and is capped by the soaring Petronas Twin Towers. But you are still woken by the sounds of call to pray from the local Mosque. The hotel also boasts the Sky Bar on the 33rd floor – it has the best panoramic sweeps of downtown KL with great photo op of the Towers. There is no cover charge however the entry to floor is controlled …. you could follow Anon example and secure yourself a cabana booth at the edge of the pool enjoy the local beer and people watch – from mid-afternoon. At night the scene changes with plastic flouro balls and triangles to warn patrons that there is indeed a pool in the middle of the bar. I also suspect its one of KL’s hottest pick up joints given the not subtle imagery as you arrive on the 33rd floor.

KL was built on the back of commerce, with much of the activity taking place in the quarter now called Chinatown. Architourists will thrill to its largely intact collection of Buddhist and Hindu temples and its gently crumbling neoclassical and art deco shophouses. Most visitors head for Jalan Petaling. But the less bustling side alleys offer more authentic sights – wicker cages of clucking poultry, fish being sliced and diced and old –style cafes and eateries. One of the most interesting is the Old China Café, so good in fact I’m doing a separate blog on it.

For lunch one day we headed over to Yut Kee, this took some finding. The address we had was an area called Asian Heritage Row Terrace of colonial shophouses on Jalan Doraisamy, but when we got to the address it was a demolition site …. the driver of our Tuk Tuk finally found it around the corner. You will have to wait, but not too long the turn over is furious and European faces are rare.

The restaurant was opened in 1928 by the father of the current owner, Jack Lee. The drawcard is the simple array of all-day comfort food, local style. Delights include roti babi, a fluffy bun filled with fried pork stabs, onions and Chinese sausage.

Across from the hotel is Mall central with every imaginable brand. A local curiosity is a store called British India …. It boasts that it is one of Malaysia’s best-known sartorial successes, casual-chic, preppy sensibilities of a Ralph Lauren …. Maybe in its pricing, it does have some lovely linen for the boys …. Enough ….to Paris.