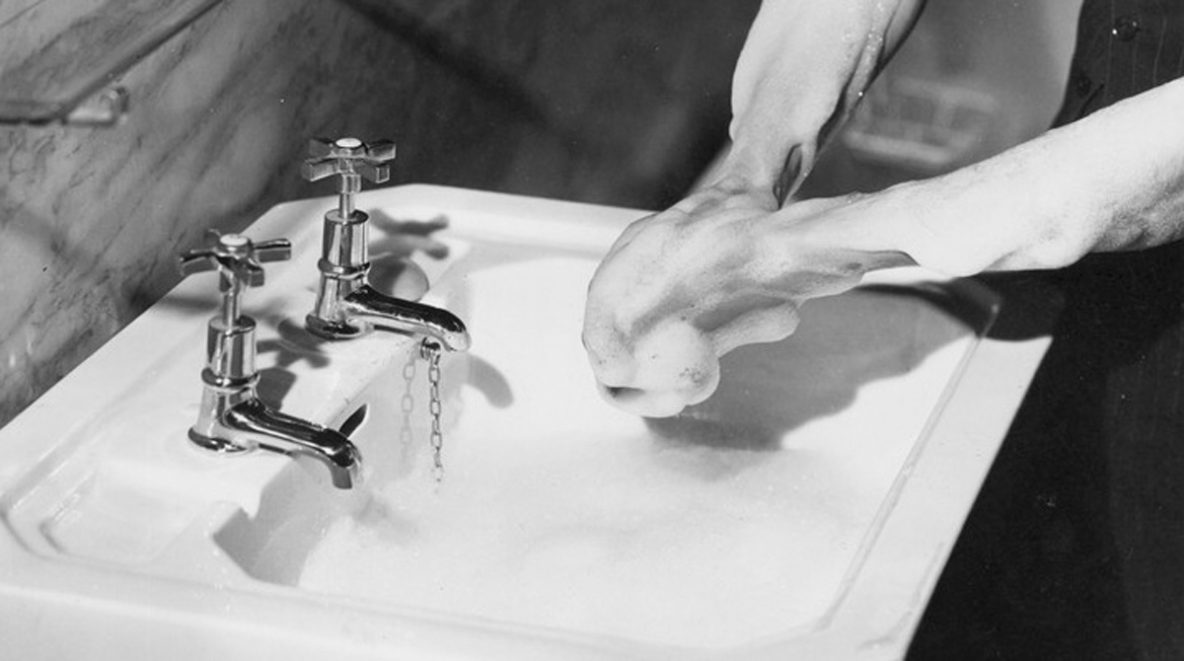 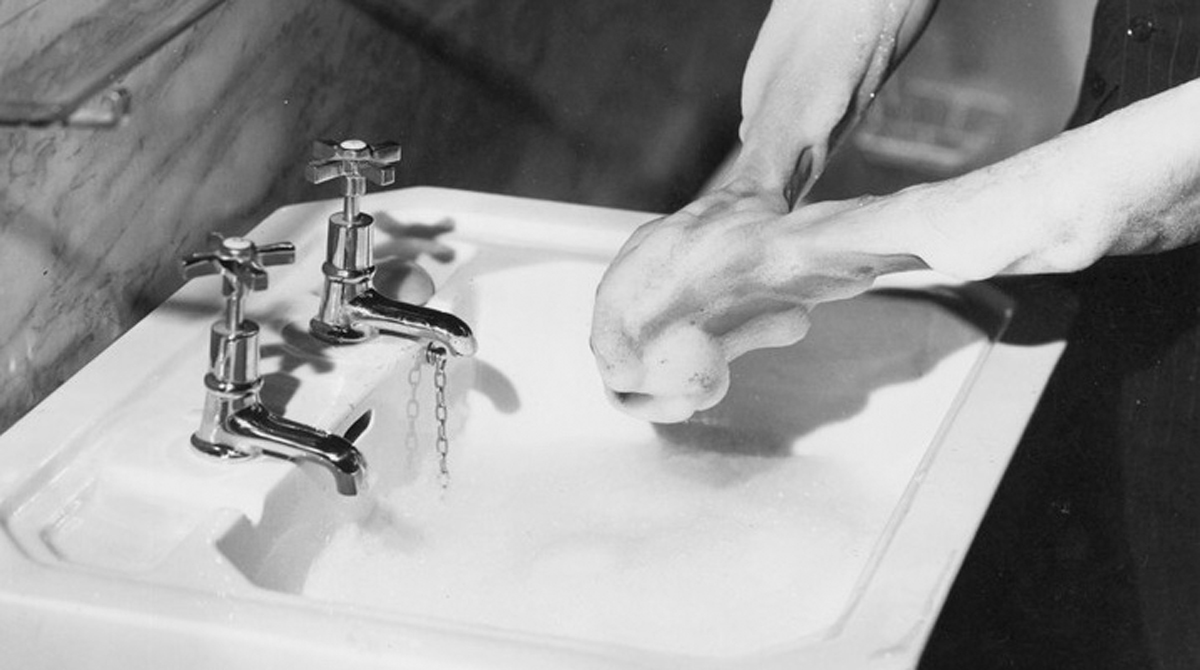 One of the world’s most crucial and selfless acts is still simply washing your hands.

We arrived home from Ubud yesterday to be greeted by masked and gloved border force officers, the number of people in masks at the airport far out numbered the foolhardy travellers like us …. maskless … I thought this article in The Atlantic timely….

It’s a familiar situation in a public restroom: You’re on your way in, and someone else is leaving without washing their hands. They see you, and wheel around toward the sink. They start whistling, as if to seem casual, and then give their hands a quick spritz with water. Even among people who will never see each other again, there’s a compulsion to perform a tiny baptism of the fingertips: Not enough scrubbing or soap to actually remove a virus, just enough to signal civility. Accordingly many Americans’ standard of what constitutes a washing of the hands is abysmal. Studies have put the average hand-washing time at about six seconds, less than half of what is recommended by global-health guidelines. Only around 5 percent of us regularly wash long and thoroughly enough.

Our failures feel newly relevant as, for the past month, panic has gripped parts of the world over how to stop the spread of a deadly strain of coronavirus—a variant of the common-cold virus. So far, the virus is known to have killed at least 500 people and infected some 25,000 more, primarily in China, where the outbreak began. In response to the crisis, the country has enacted a historically unprecedented quarantine. Streets in the urban heart of Wuhan are seen empty, and people caught outside are berated by drones.

The U.S. government dipped its toe into similar waters on Sunday, ordering a mandatory two-week quarantine of all travelers inbound from Hubei province. Two-thirds of Americans feel that the virus is a “real threat,” according to an NPR poll released yesterday, and a sense of need for forcible action is pervasive. Scientists at the National Institutes of Health have mobilized to work on an emergency vaccine. Face masks have sold out in many places, despite little evidence that they are helpful outside of specific situations. Amid so much concern and resource allocation, many people remain dismissive of the most widely accepted, simple advice to slow the spread of most viruses. The Centers for Disease Control and Prevention and other agencies around the world have one clear, concise, definitive recommendation: Wash your hands for at least 20 seconds.

Last week on The Daily Show, Trevor Noah captured the standard response to that advice when he joked, “Wash your hands? Scientists always warn us about some new, weird death virus, and then when we say, ‘What’s the plan?,’ they’re like, ‘Uh, wash your hands.’” The audience laughed. “That’s not a plan!” Hand-washing does seem extremely obvious—which may be the problem. Those of us who have lived our entire lives removed from epidemics of cholera and other deadly hygiene-related outbreaks haven’t witnessed the power of hand-washing and take it for granted. But it may be the single most important thing any given person can do to help stop and prevent outbreaks. Respiratory infections are diseases we very often give to ourselves. People are told to cover their coughs and sneezes, but studies show a vast majority don’t wash their hands after doing so. Someone carrying the pathogenic microbes might shake your hand, or touch a doorknob or desk that you later touch. Once you pick them up, if you touch your face, the circle is complete.

It’s impossible to know exactly how much people have changed their hand-washing habits since the outbreak first made headlines a month ago; comprehensive studies have not yet been published. But America’s general history of focusing less on evidence-based preventive behaviors than on billable treatments does not bode well, nor does our health-care system’s tendency to prize newer, marketable products To get some vague sense of whether the long-standing 20-second guideline is suddenly resonating widely, I asked people on Twitter whether their hand-washing length has changed in recent weeks. A few people told me that they’re becoming more conscious of others’ behavior—and that they’re especially grossed out when witnessing the three-second spritzes or performative soapless washes. But no one said Yes, I’ve started to actually wash my hands properly. I never really used to do it. While that’s likely not something people are eager to admit, suboptimal standards seem common even among those who you’d think would be most meticulous. “Sometimes researchers who work in labs with viruses don’t take that much caution in washing their hands,” Robert Lawrence, a biochemist and science writer, told me.

Following outbreaks always makes me conscious of my own habits, and those of everyone around me, too. I haven’t noticed any changes in the bathrooms I frequent. Subtle shifts could be happening, but I assumed that our HR department wouldn’t let me put a video camera in our office restroom to get a proper sample size.

Guys have said to me: I didn’t pee on my hands, so why should I wash them? To which I say: Man, the point isn’t to get pee off of your hands. The act is, truly, a selfless one. Hand-washing could help prevent the millions of cases of cold, flu, and gastrointestinal disease that spread around the world each year. In the U.S., we apparently believe we’re too important to spare 20 seconds to play our part in not contaminating others.

Instead of shaming hand-hygiene negligence, it may be more productive to celebrate hygienic awakenings. Part of the solution is developing a routine that everyone enjoys and looks forward to. If washing our hands feels like penance, we will never keep it up. One way is to kill time by singing. This is, no joke, one of the official CDC recommendations: “Need a timer? Hum the ‘Happy Birthday’ song from beginning to end twice.” Since humming that song as you loom over a sink makes you sound unhinged anyway, you might as well sing. If “Happy Birthday” isn’t feasible because of the melodic range, feel free to try a cooler song I made up: “I’m washing these hands, oh yes I am, yes I am,” to the tune of “The Wheels on the Bus.” You’ll know you’ve sung long enough when the person next to you has sung “Happy Birthday” twice. Then you’re supposed to dry your hands, which I find can be done just by putting your arms out to your sides and spinning around a few times.