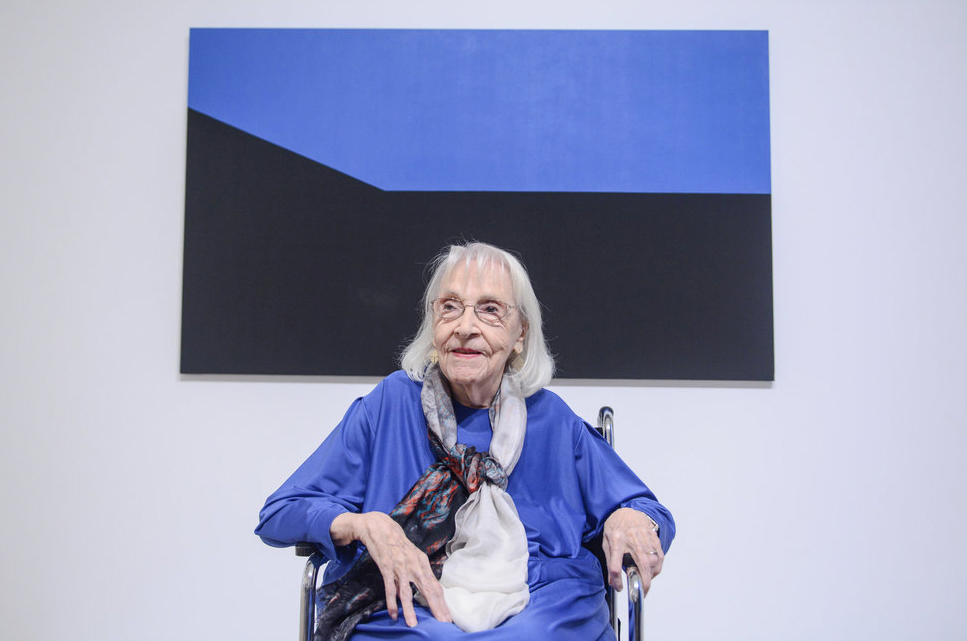 An artist who waited decades for rightful acclaim, well some of us know what that feels like, maybe the lesson is to live a long long life and just hang in there …… your day may well come. Carmen Herrera what an inspiration!

In 2004, at the age of 89, Carmen Herrera sold her first painting. In 2016, she had a solo show, ‘Lines of Sight’, at the Whitney in New York. What forces conspired to delay due recognition? It was probably a mix of things—an air of reserve, perhaps; a stubborn commitment to minimalism at a time when it wasn’t much practised by female artists; a deficit of swagger at a time when the art world was full of machismo.

Born in Havana in 1915, Herrera came of age under the dictator Gerardo Machado and fled Havana for finishing school in Paris, returning to study architecture. She married Jesse Loewenthal, an American expat, and they moved to New York, then to Paris, where Herrera painted prolifically, limiting herself to just three colours and abstract shapes—ovals, rectangles and triangles contained in a larger circle—inspired by minimalists such as Kazimir Malevich.

When she returned to New York with Loewenthal in the 1950s, she refined her work even further: swooping curves turned into plain lines. ‘I never met a straight line I did not like,’ she once said. In an interview with the Guardian, her plain-spokenness seems to match her painting. Of her calling to be an artist, despite the exceedingly long wait for a show or sale? ‘I knew it was going to be a hard life.’ 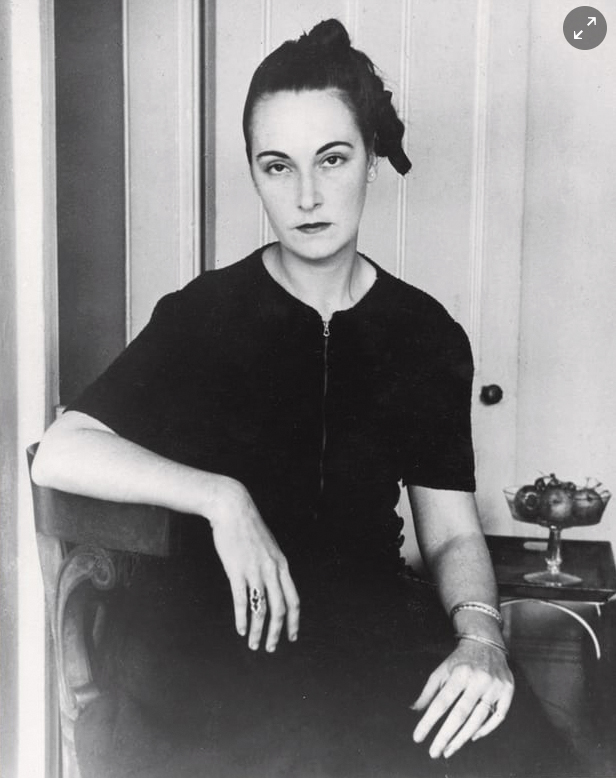 t’s noon at Carmen Herrera’s home in downtown Manhattan. Time for a drink. “Would you like a cup of tea, or a scotch?” she asks. Scotch, please. She smiles. It’s the answer she was looking for. We rummage among the boxes – bottle after bottle of the finest single malts – before settling on the super-peaty Lagavulin. We clink glasses.

At 101 years old, Herrera is in her artistic prime. She has been a working artist for the best part of a century, but it wasn’t until 2004, at the age of 89, that she sold her first painting. For the past four months, there has been a gorgeous exhibition of her work at New York’s Whitney gallery, soon to transfer to the Wexner Center in Ohio. The Cuban-born artist has belatedly been recognised and her pieces are selling for hundreds of thousands of dollars. Good job, too, she says. It’s not cheap getting old.

Herrera has a lovely, raspy voice, and segues between English and Spanish when the mood takes her. Her friend Tony Bechara, also an artist, is here to translate. Her help, Maria, lays on the biscuits and pours the whisky. But there is no mistaking who is boss here. 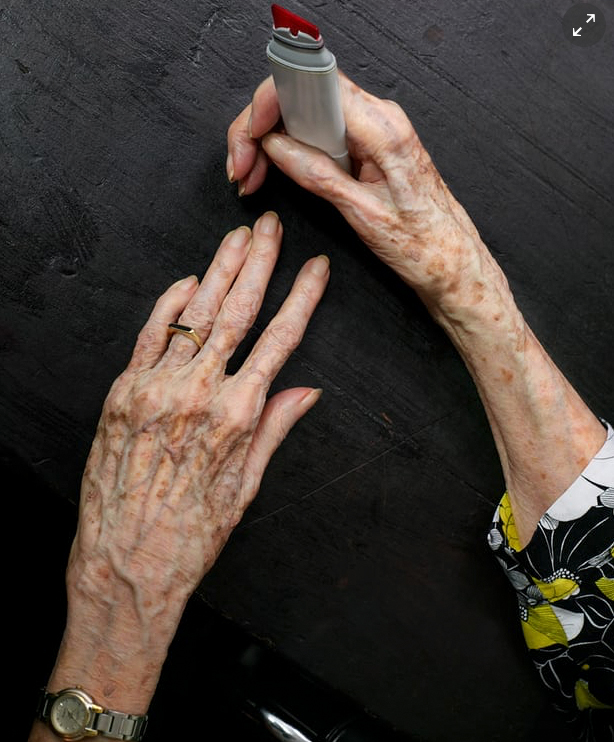